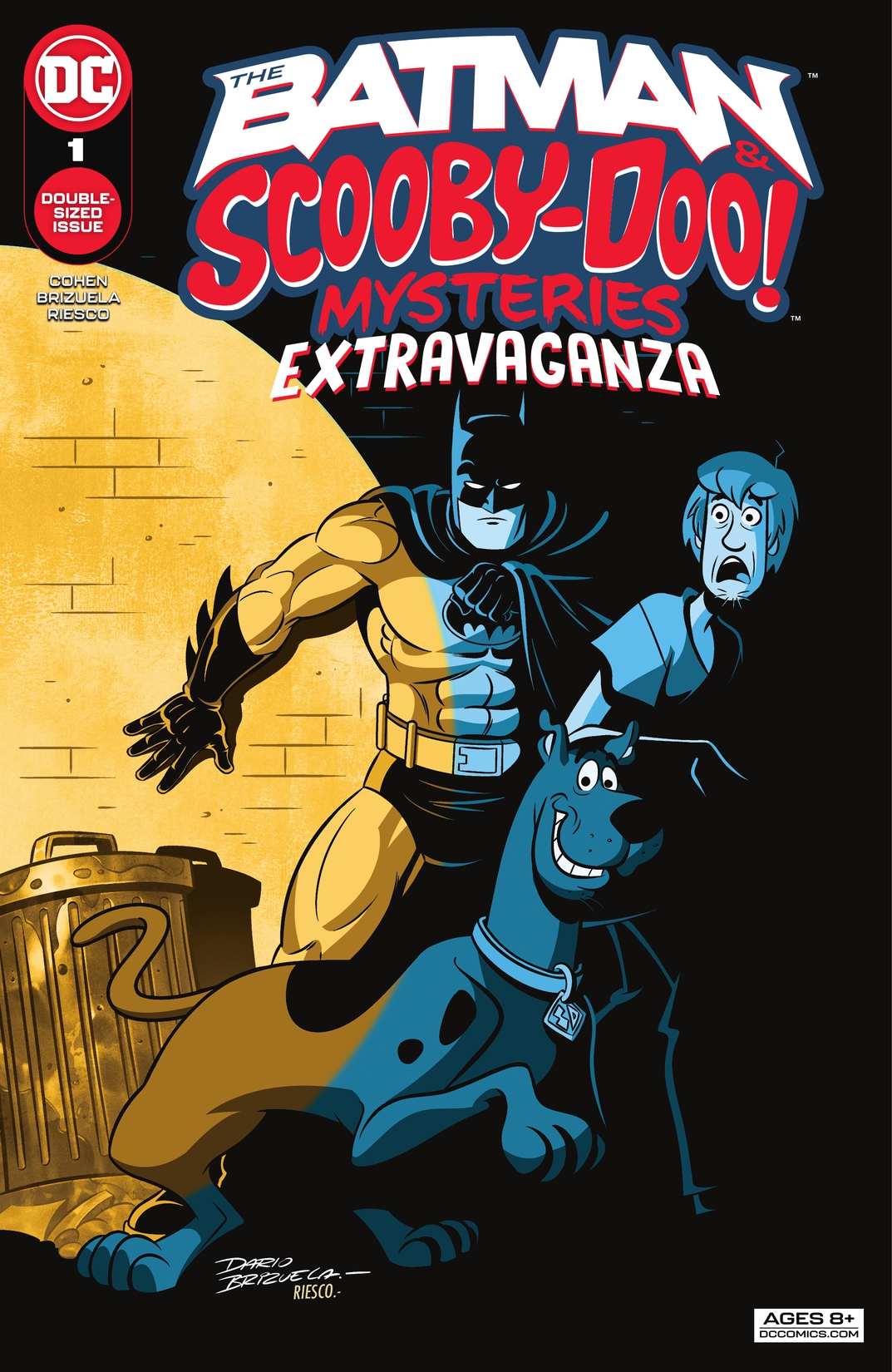 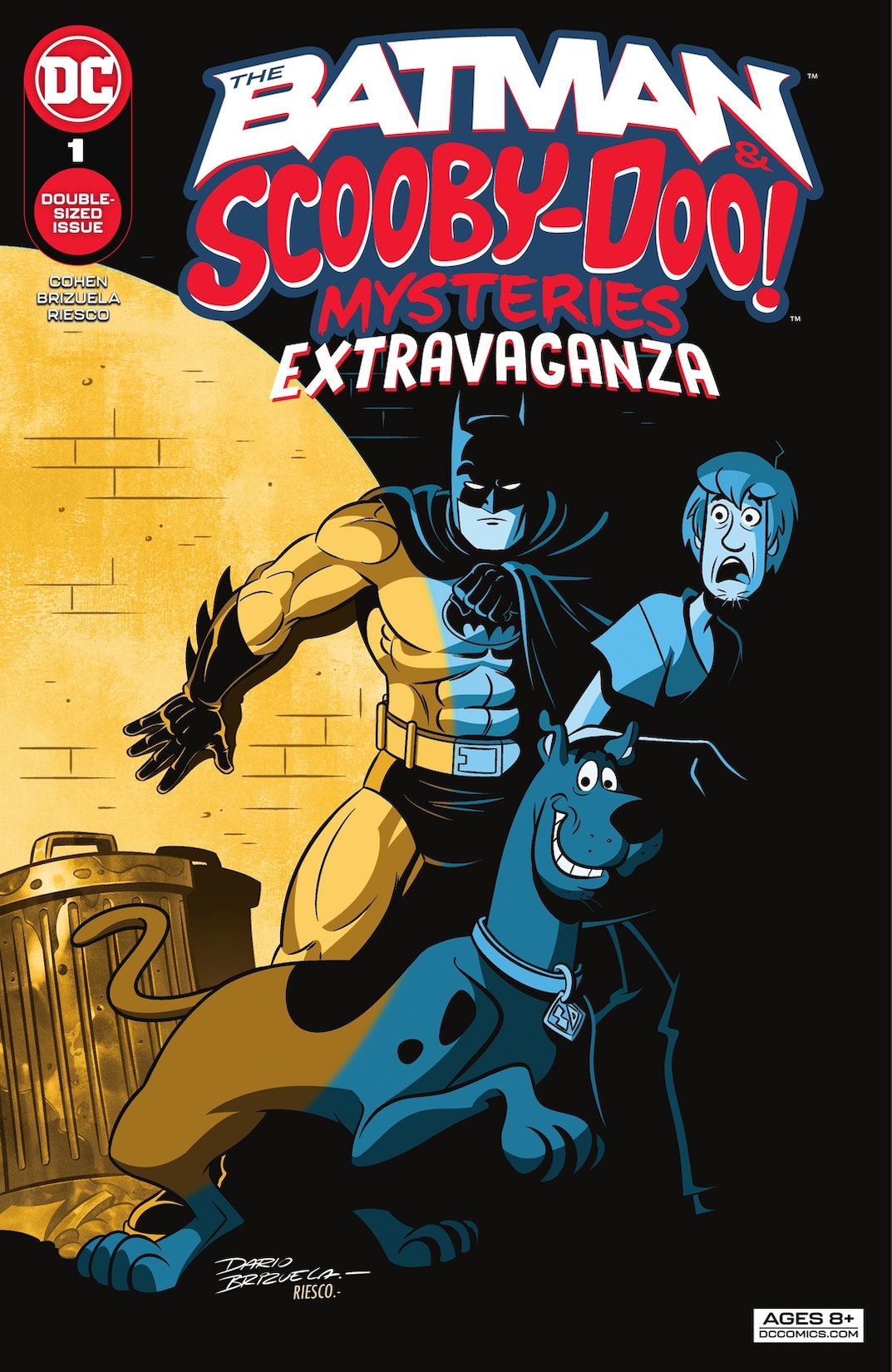 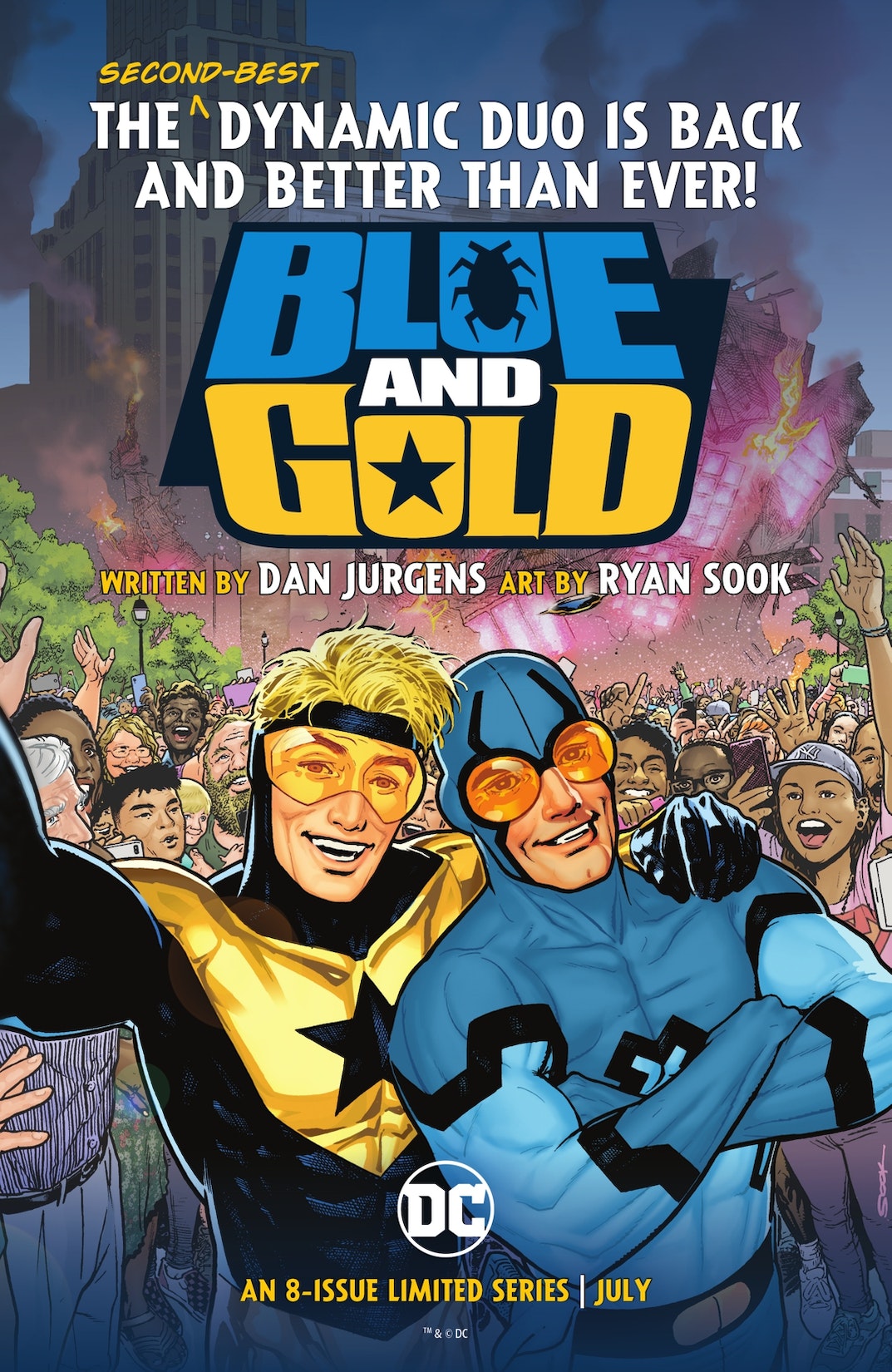 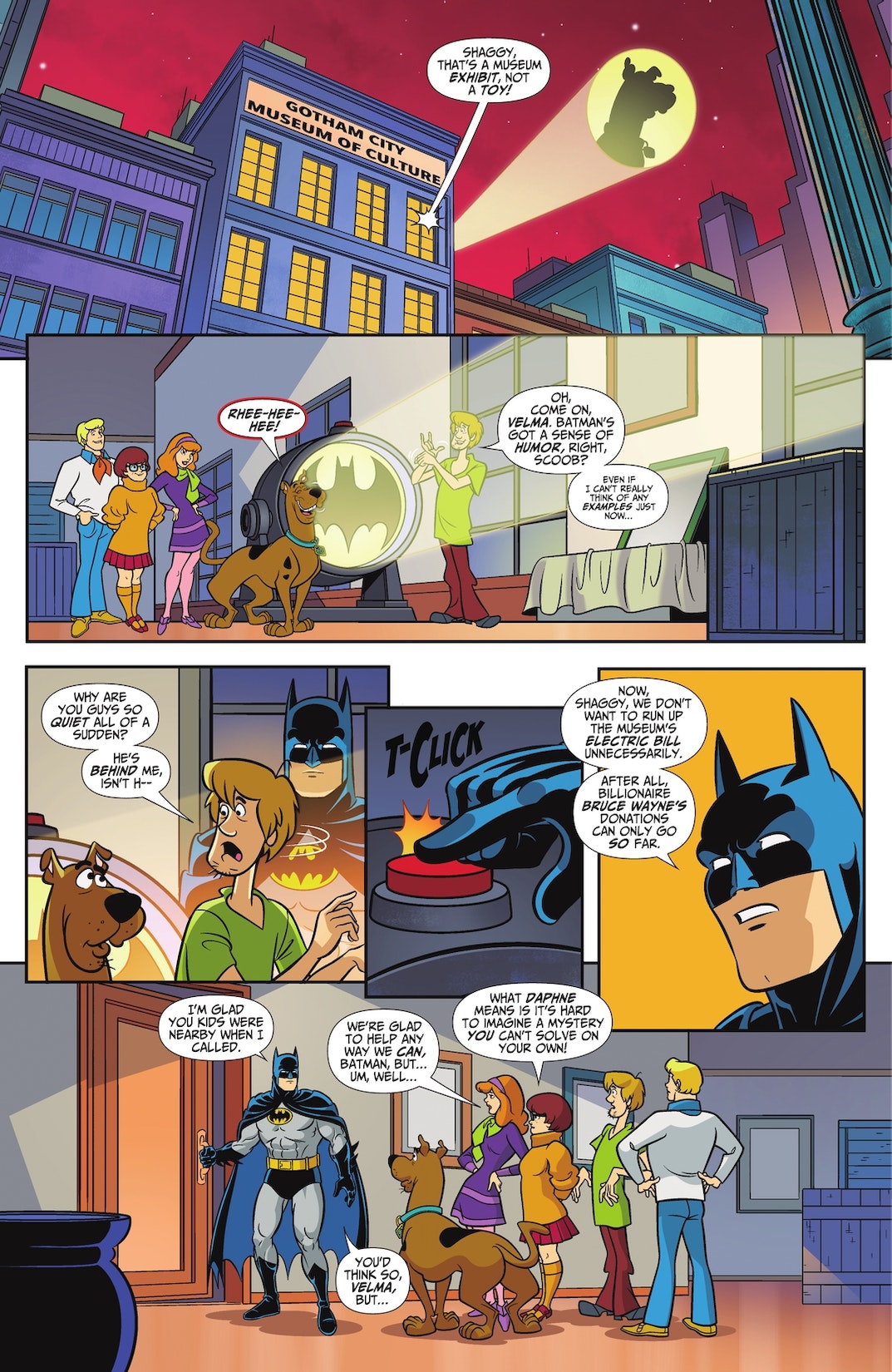 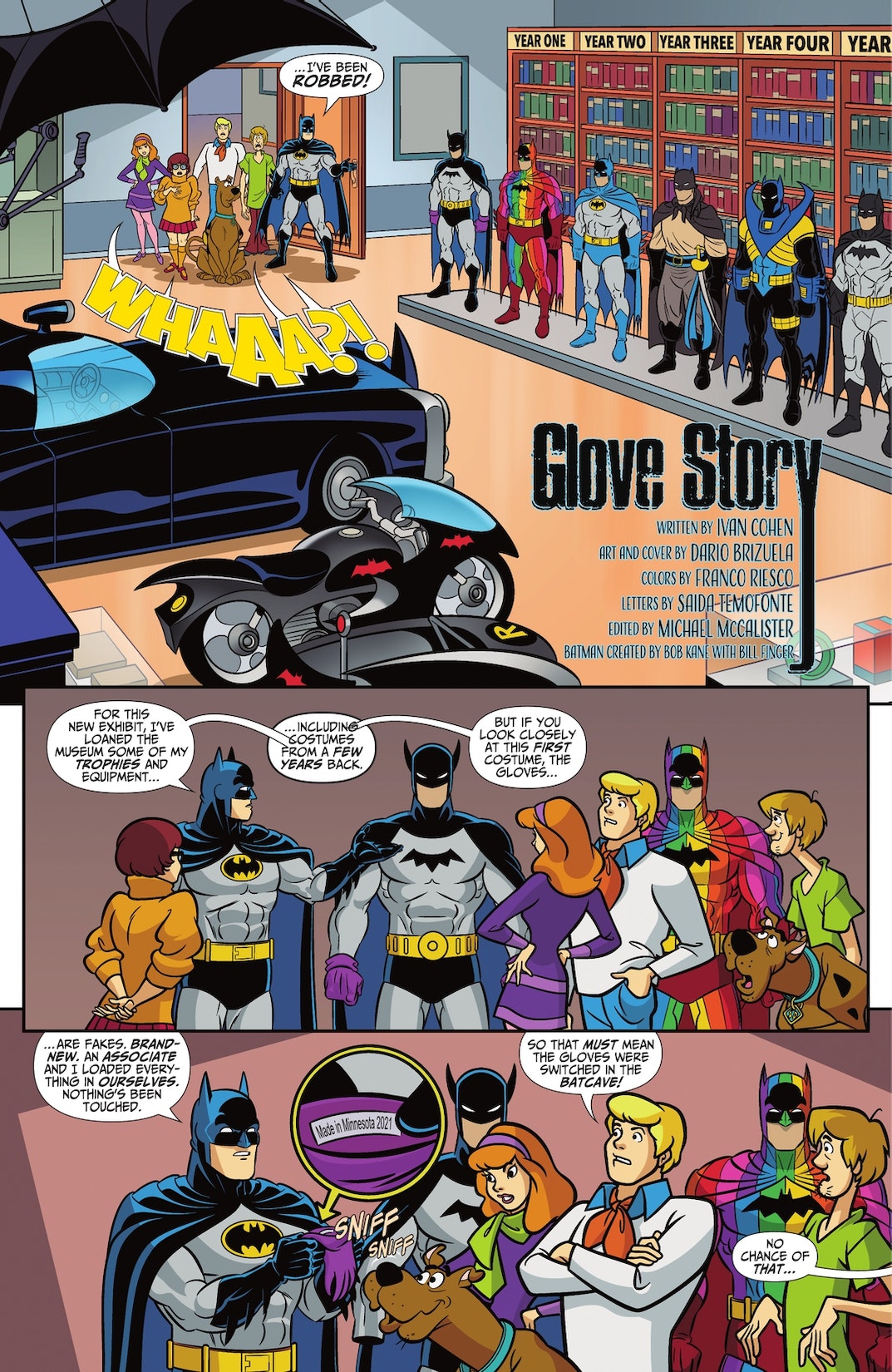 It’s an all-new, all-ages series that teams the Dark Knight with Scooby-Doo and the sleuths of Mystery Inc.! When Batman discovers his original purple gloves have gone missing, Velma, Shaggy, and Scooby-Doo travel back in time to Batman’s Year One era to solve the case! Will this “Glove Story” have a happy ending? Scooby-Doo and Batman team up to solve the mystery of a ghost who’s haunting the Batcave! Even if the ghost turns out to be a fake, that still doesn’t answer the real question: How did someone get into the Batcave to stage the phony phantom-and does it mean Batman’s foes have cracked the secret of his true identity?! This collects The Batman & Scooby-Doo Mysteries #1 & #2.