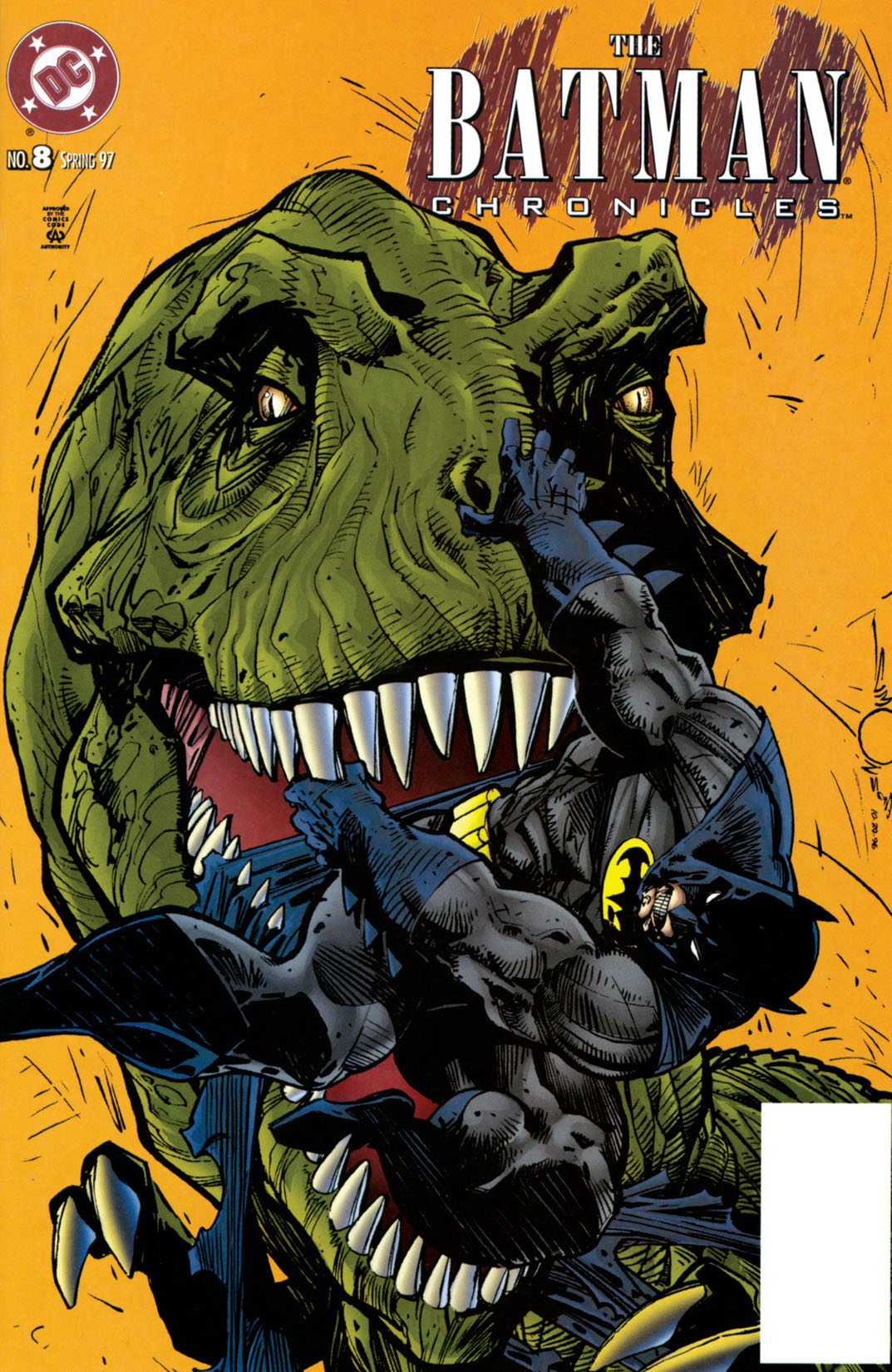 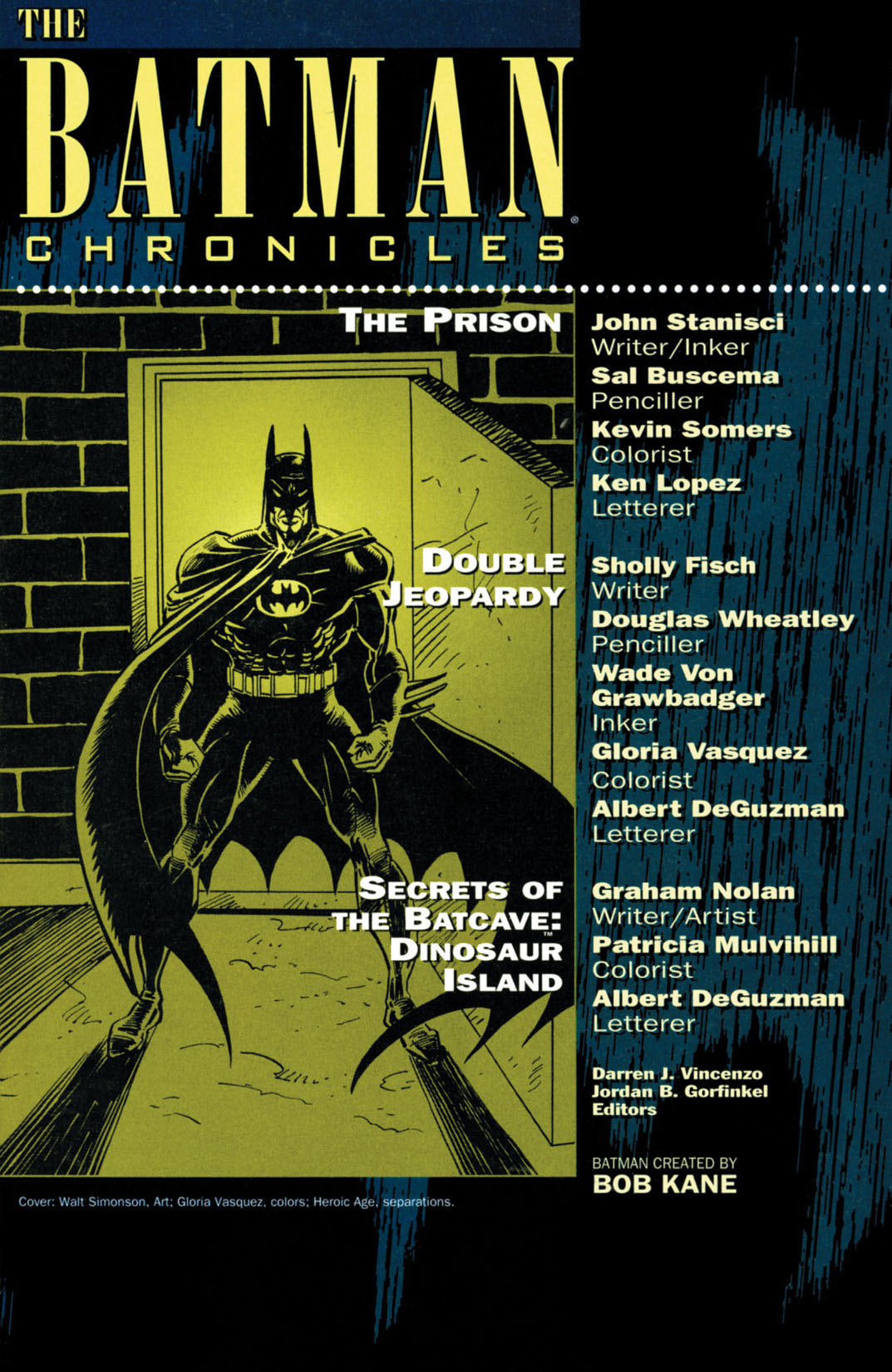 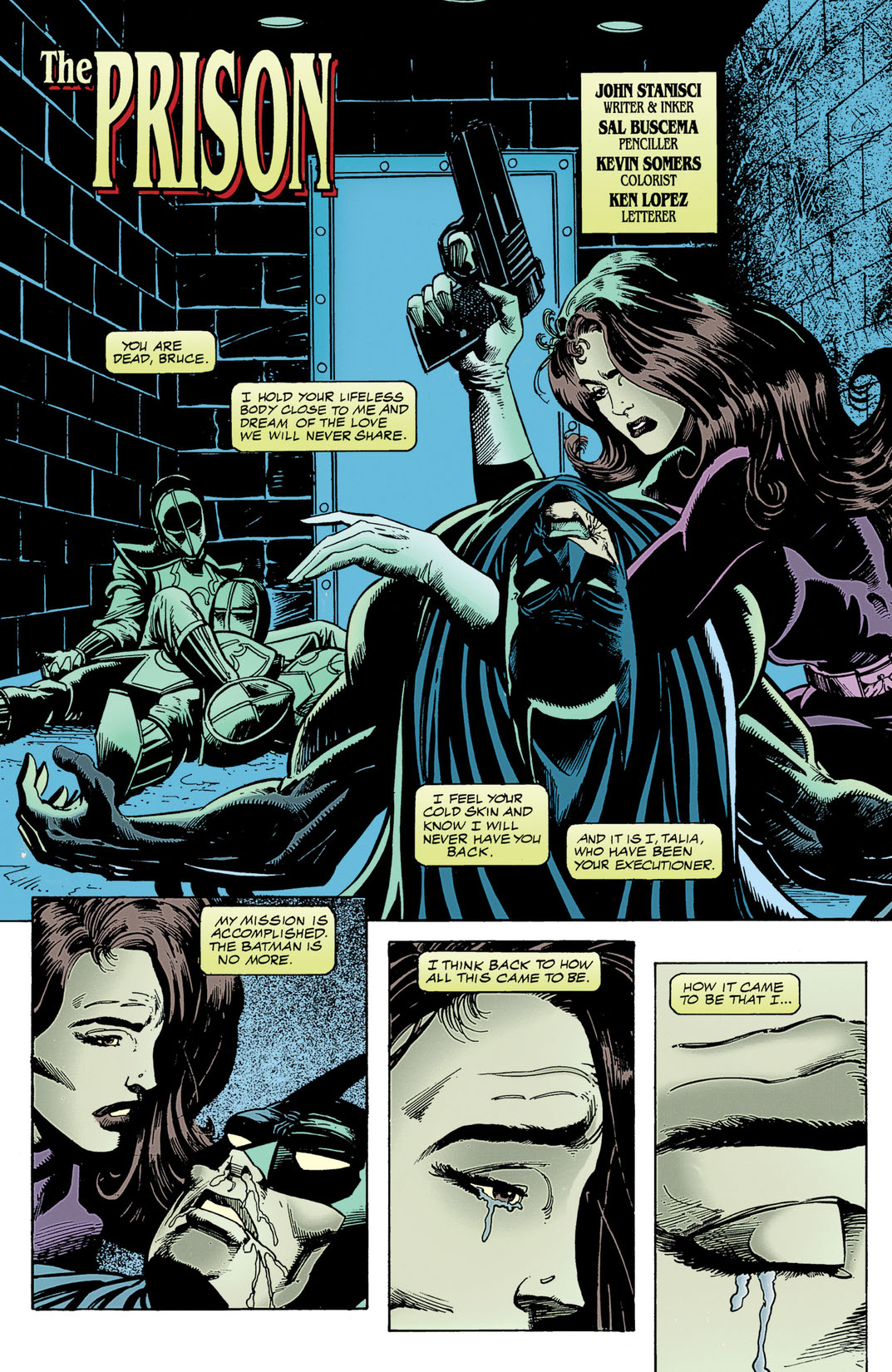 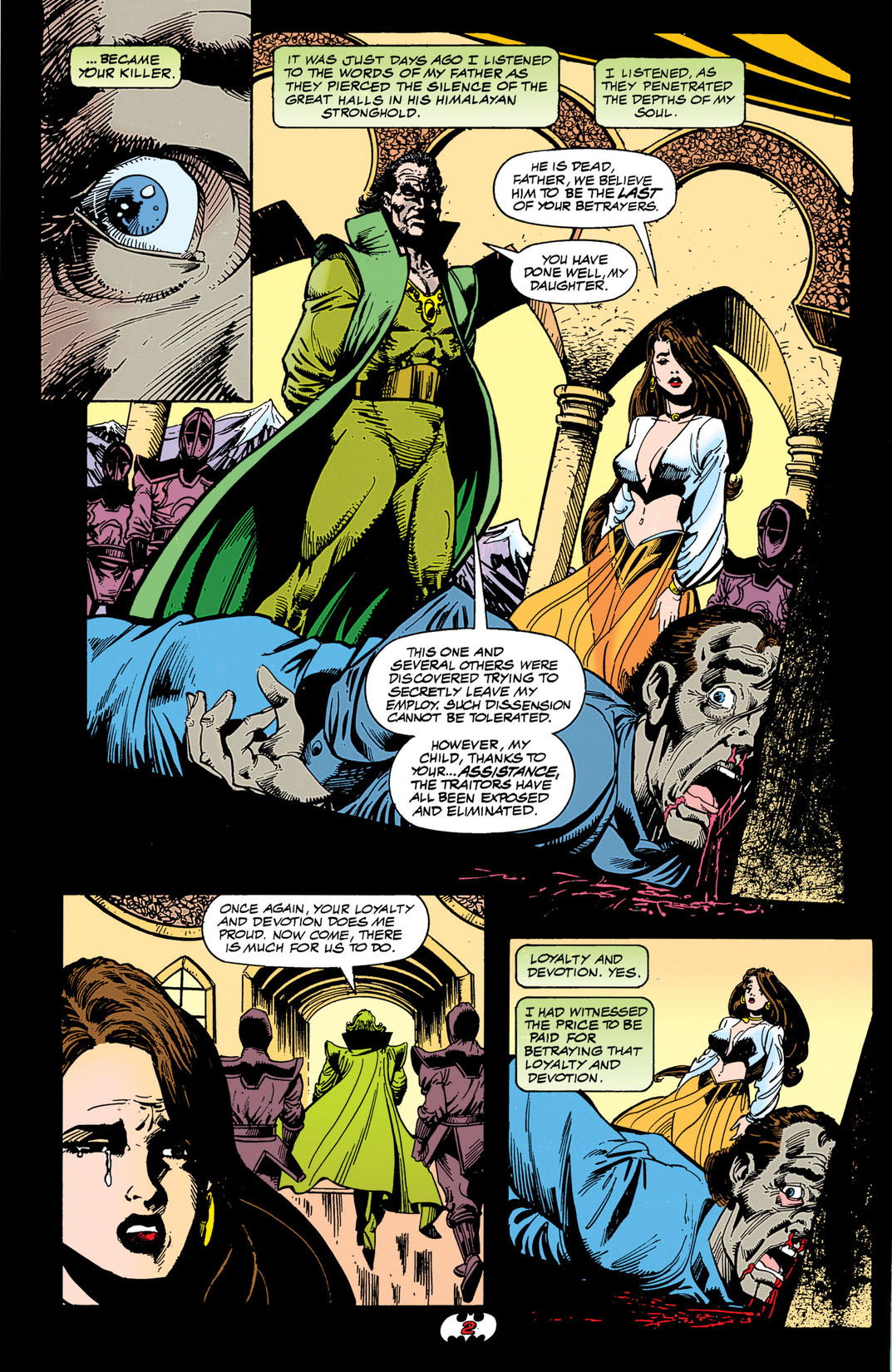 In order to prove undying loyalty to her father, Ra's al Ghul, Talia is dispatched to Gotham City to eliminate Batman once and for all. Also, in the first backup story, Commissioner Gordon can only close an old case by teaming up with former Gotham City DA Harvey Dent, a.k.a. Two-Face. And a secret of the Batcave is revealed: the origin of the dinosaur trophy.