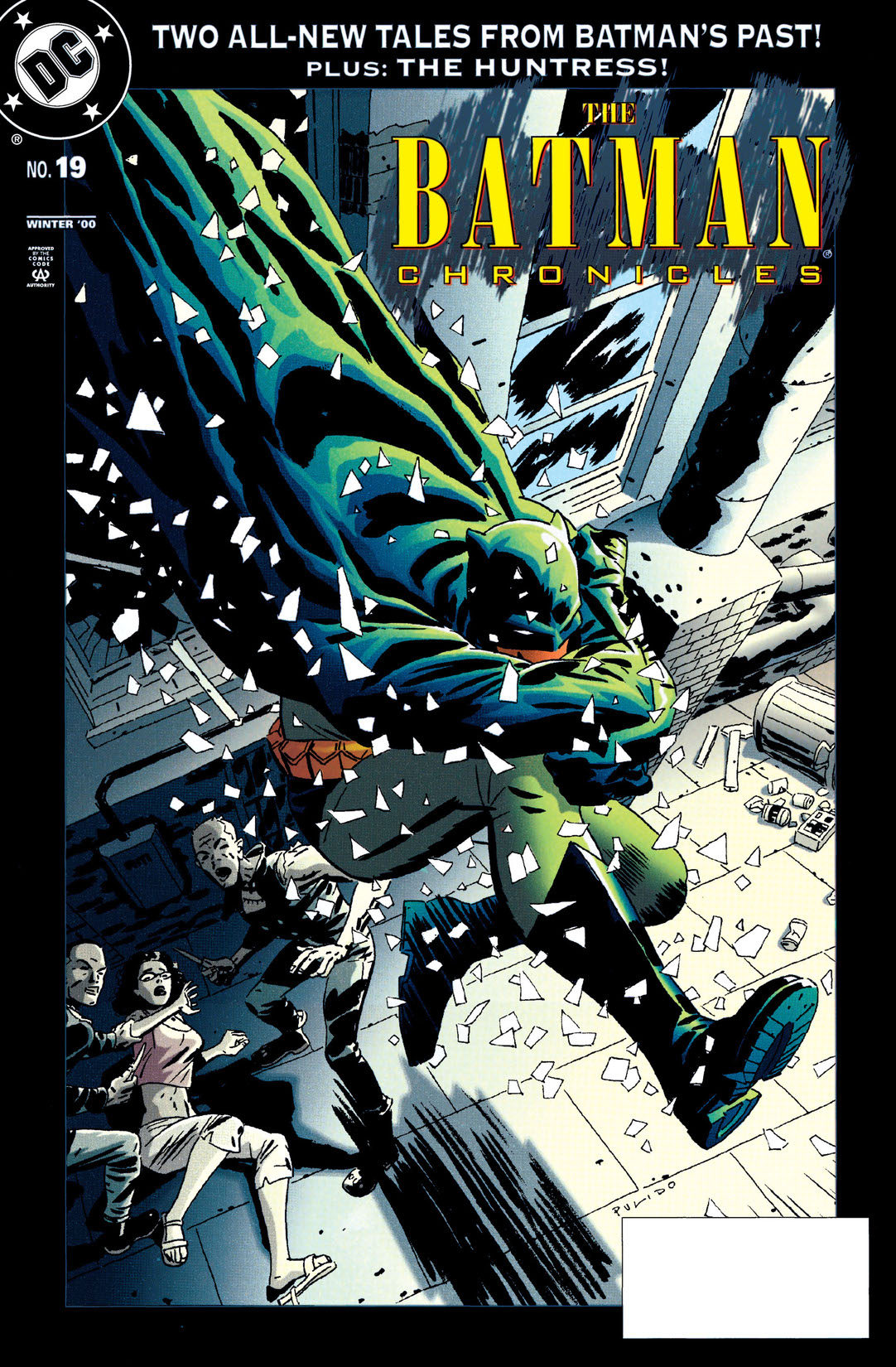 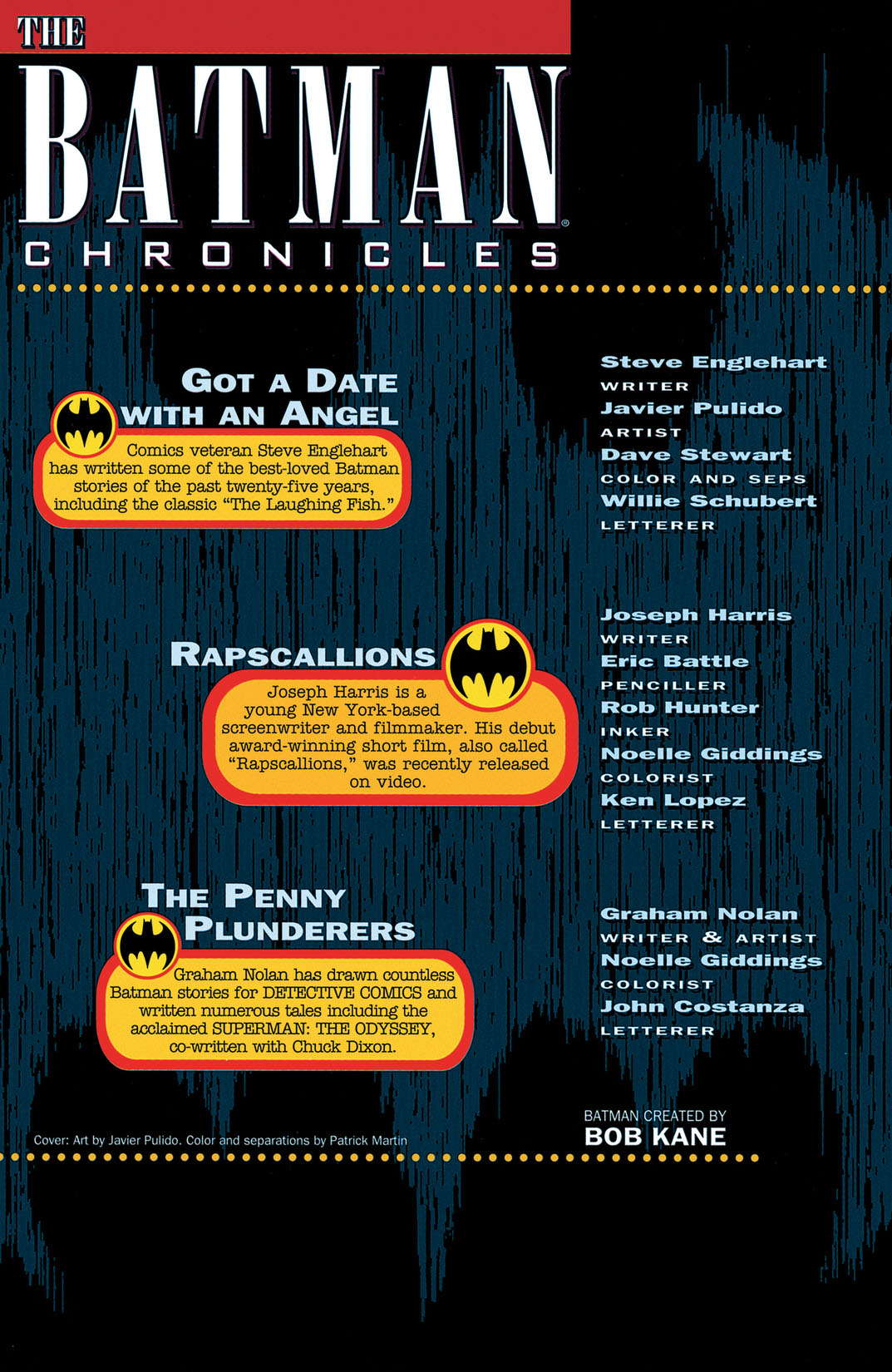 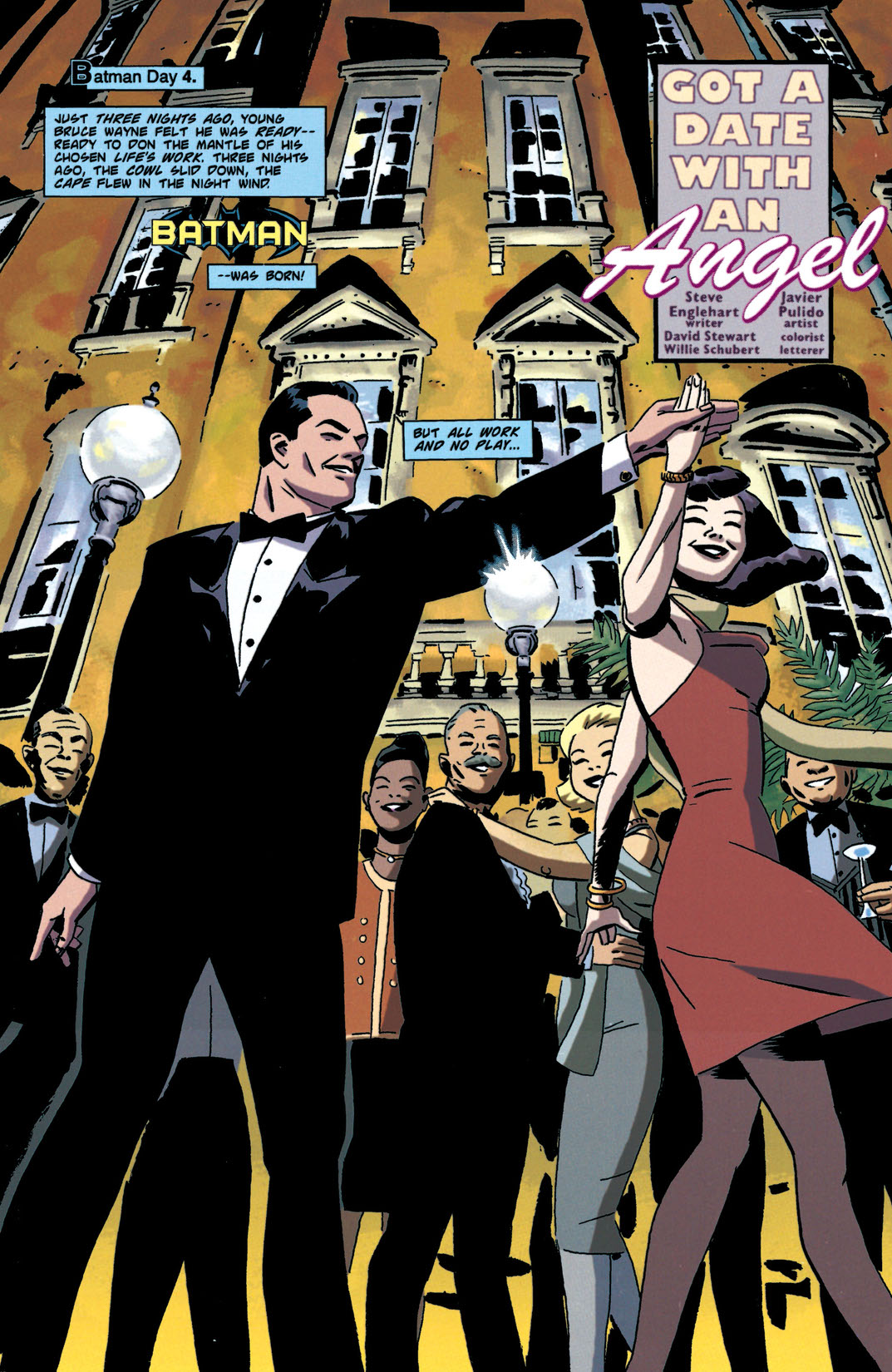 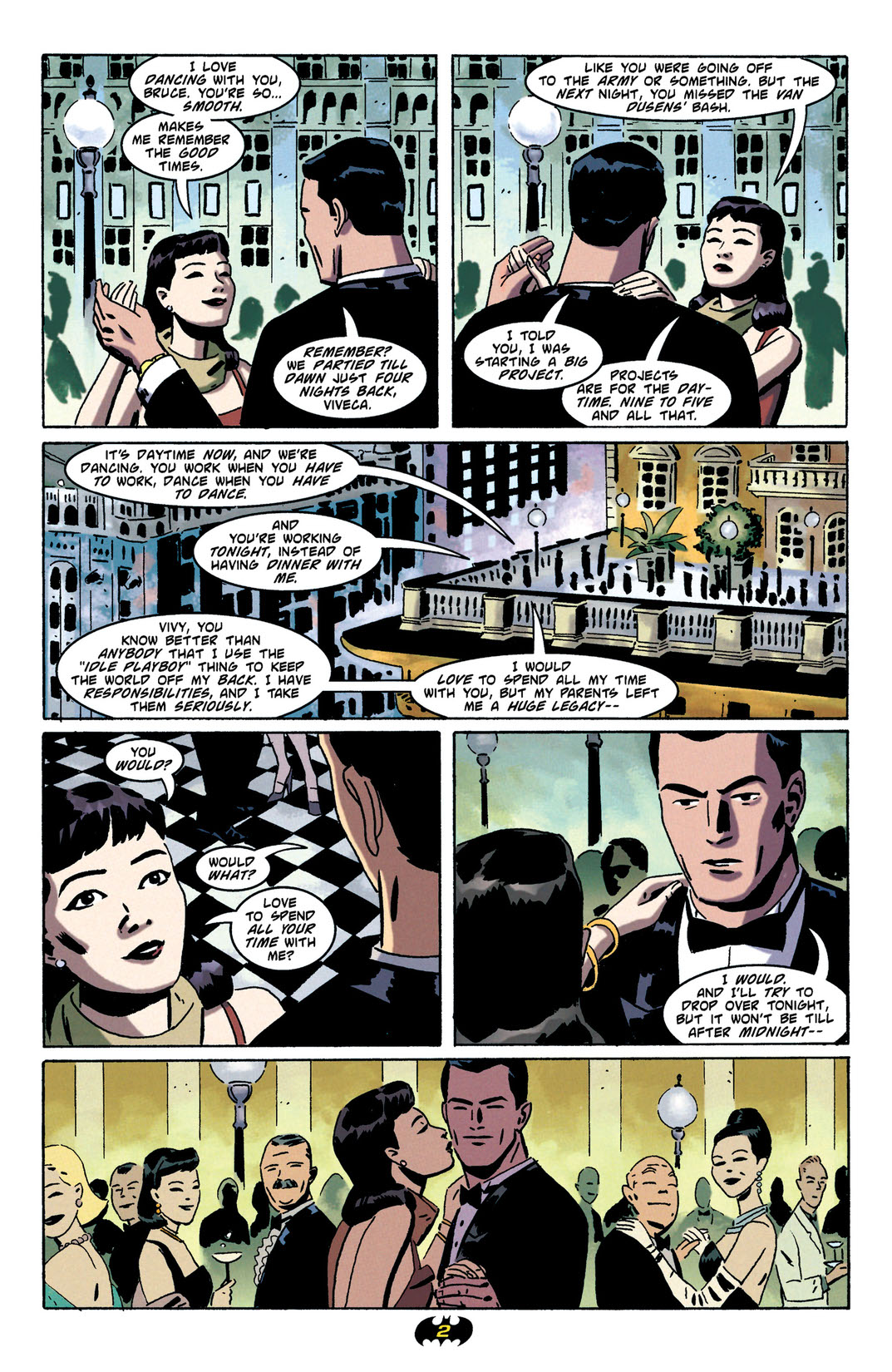 A Year One tale! Mere days after Bruce Wayne assumed his role as the Dark Knight, the hero suffers the difficulties of juggling two lives. The sacrifices it entails cut deep when stopping a crime wave in Gotham costs him a chance at love.