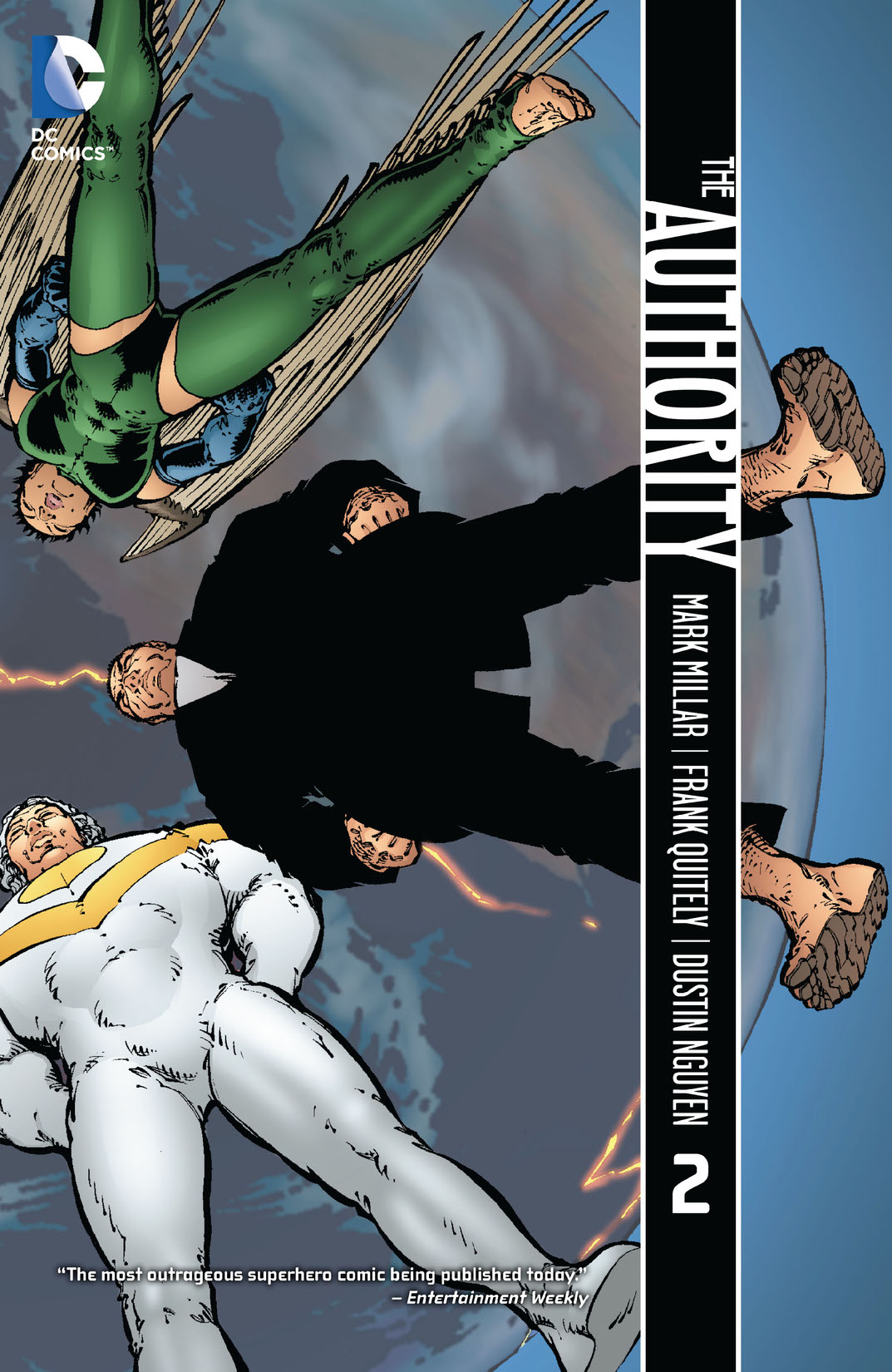 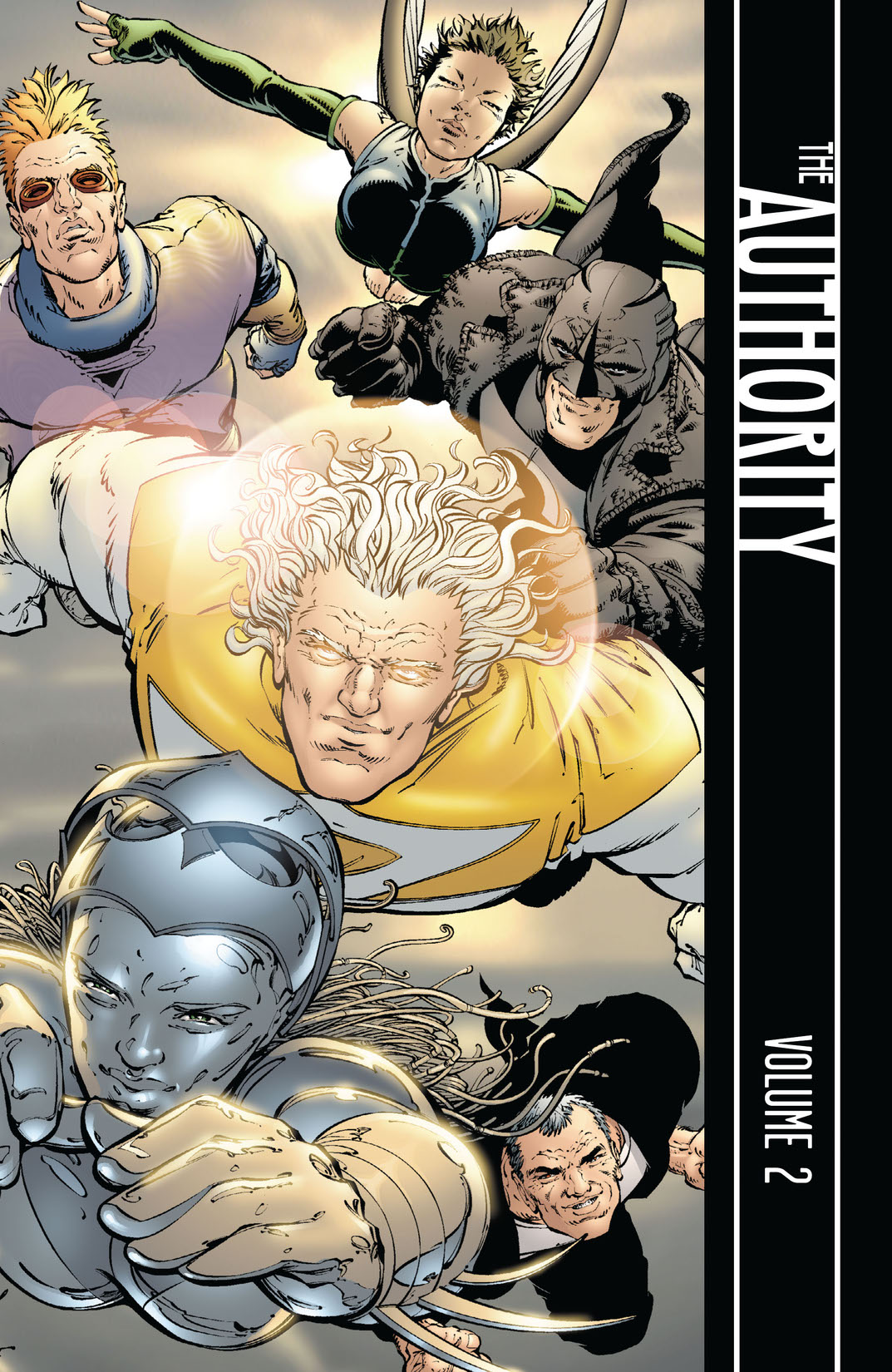 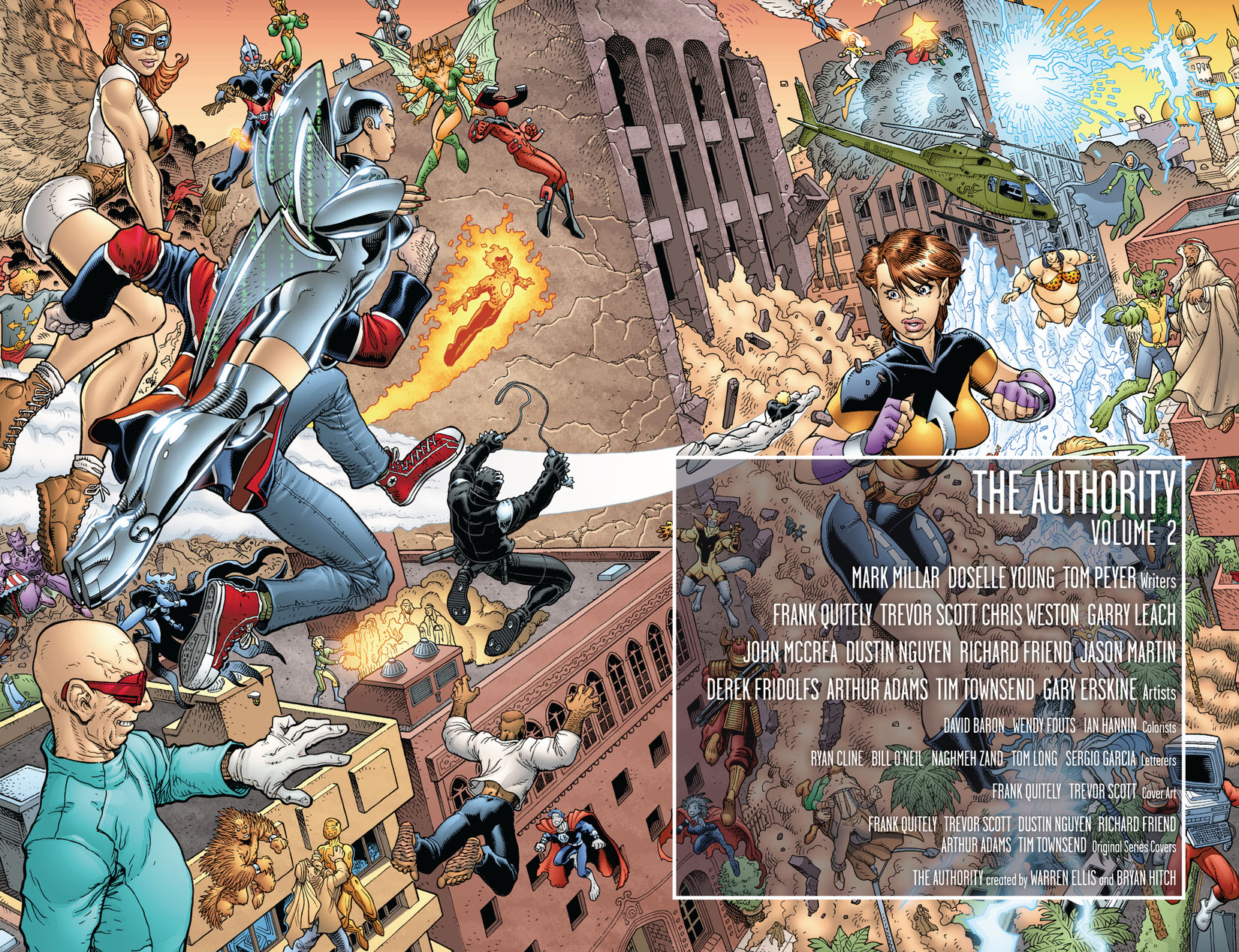 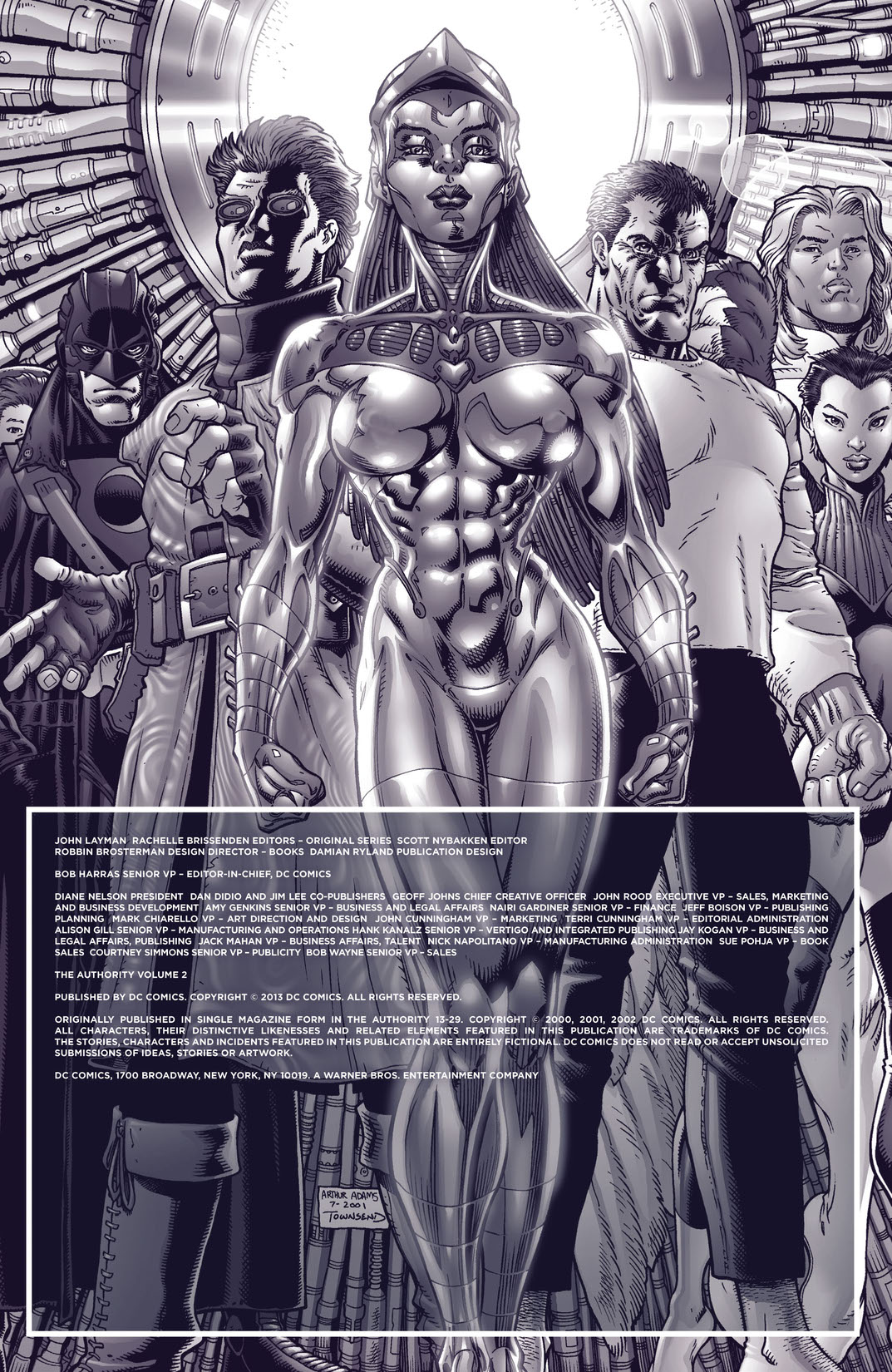 The Authority, now under Jack Hawksmoor's leadership following Jenny Sparks' death at the end of the 20th century, face multiple foes such as a mad scientist and his army of superhumans who wanted to influence the 21st century through Jenny Spark's successor Jenny Quantum, a previous Doctor who manipulated the Earth itself, and a duplicate team of superheroes modeled on the Authority that was created and backed by the G7 group of nations.Collects THE AUTHORY #13-29.