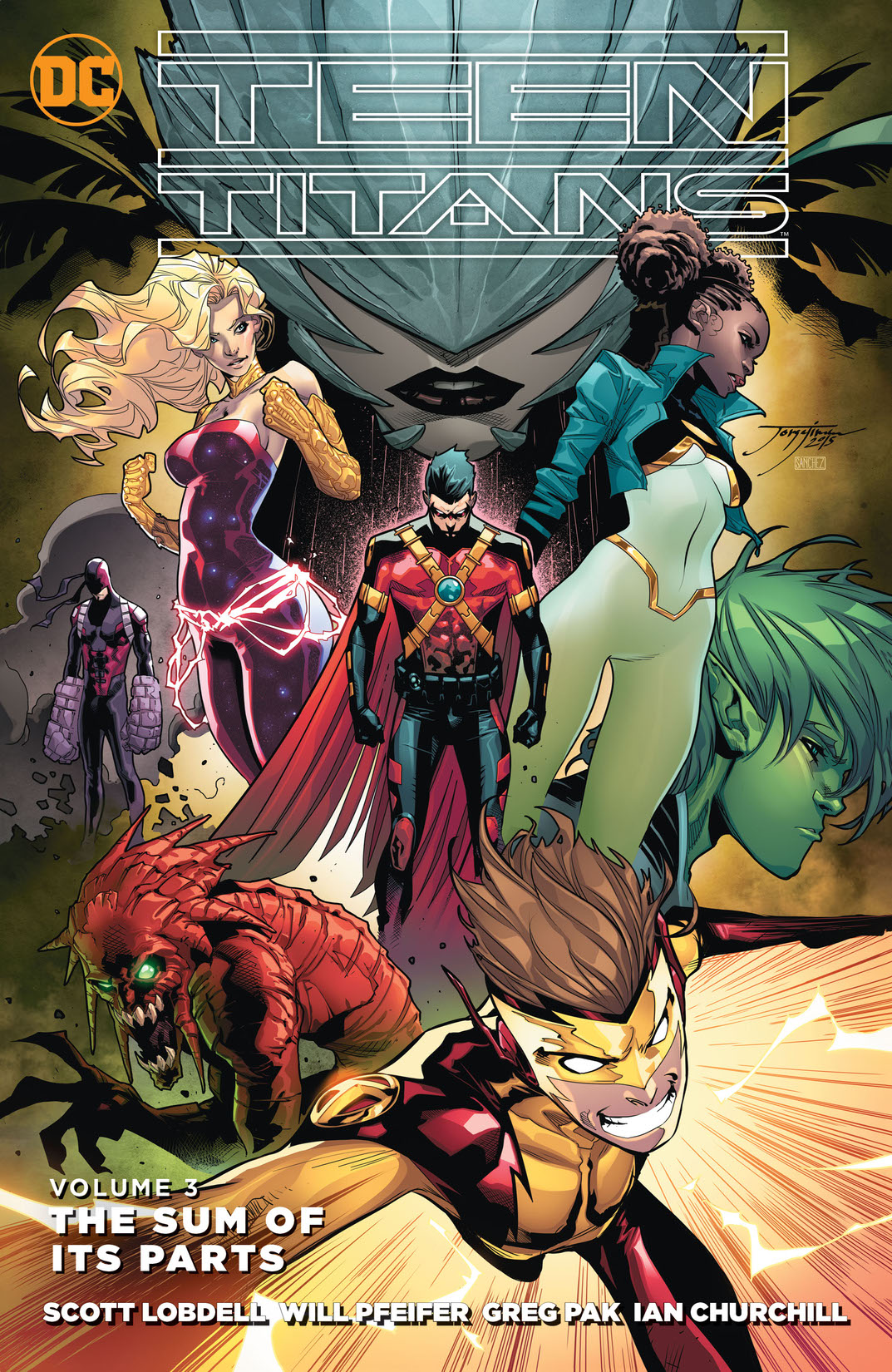 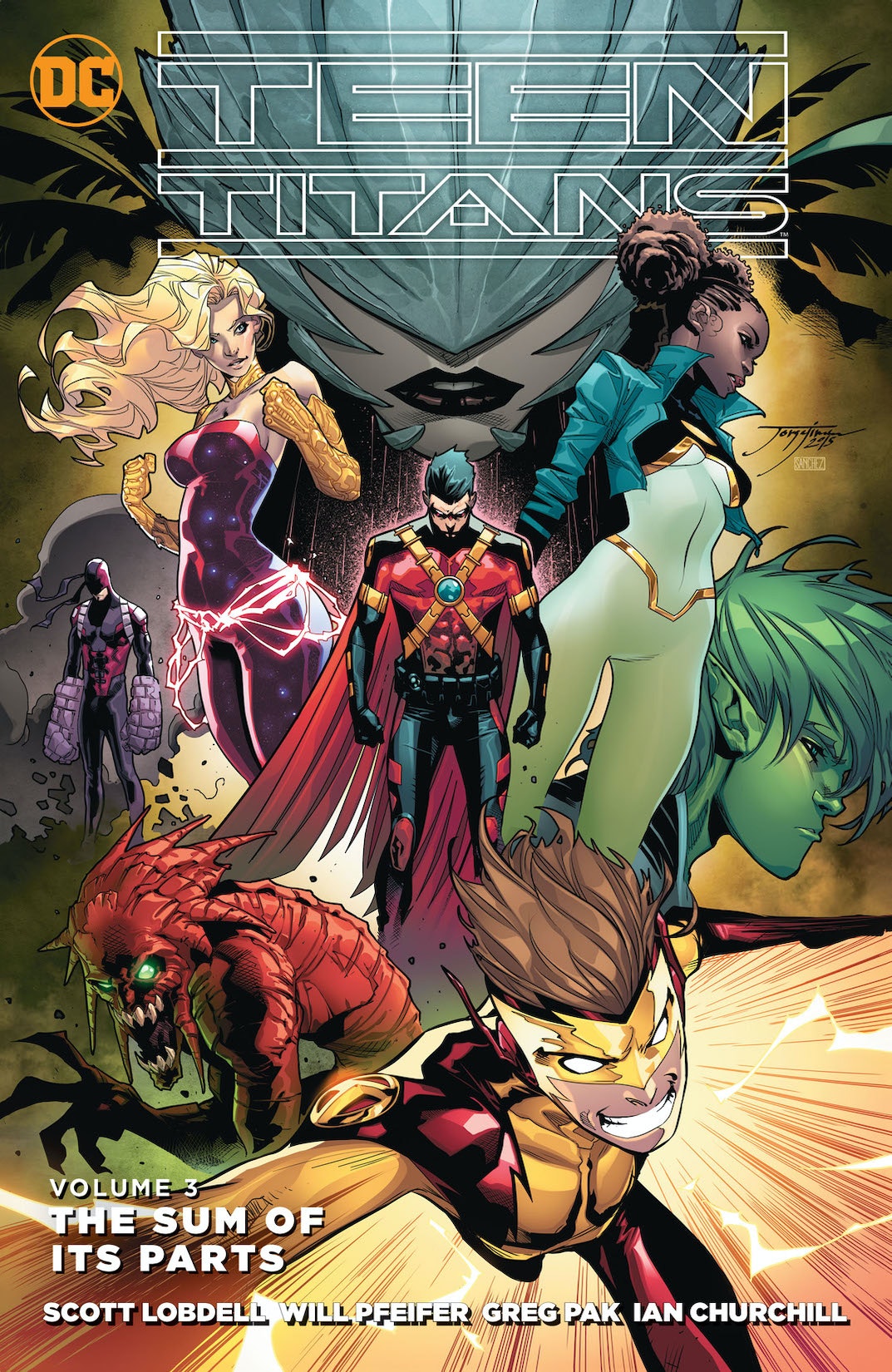 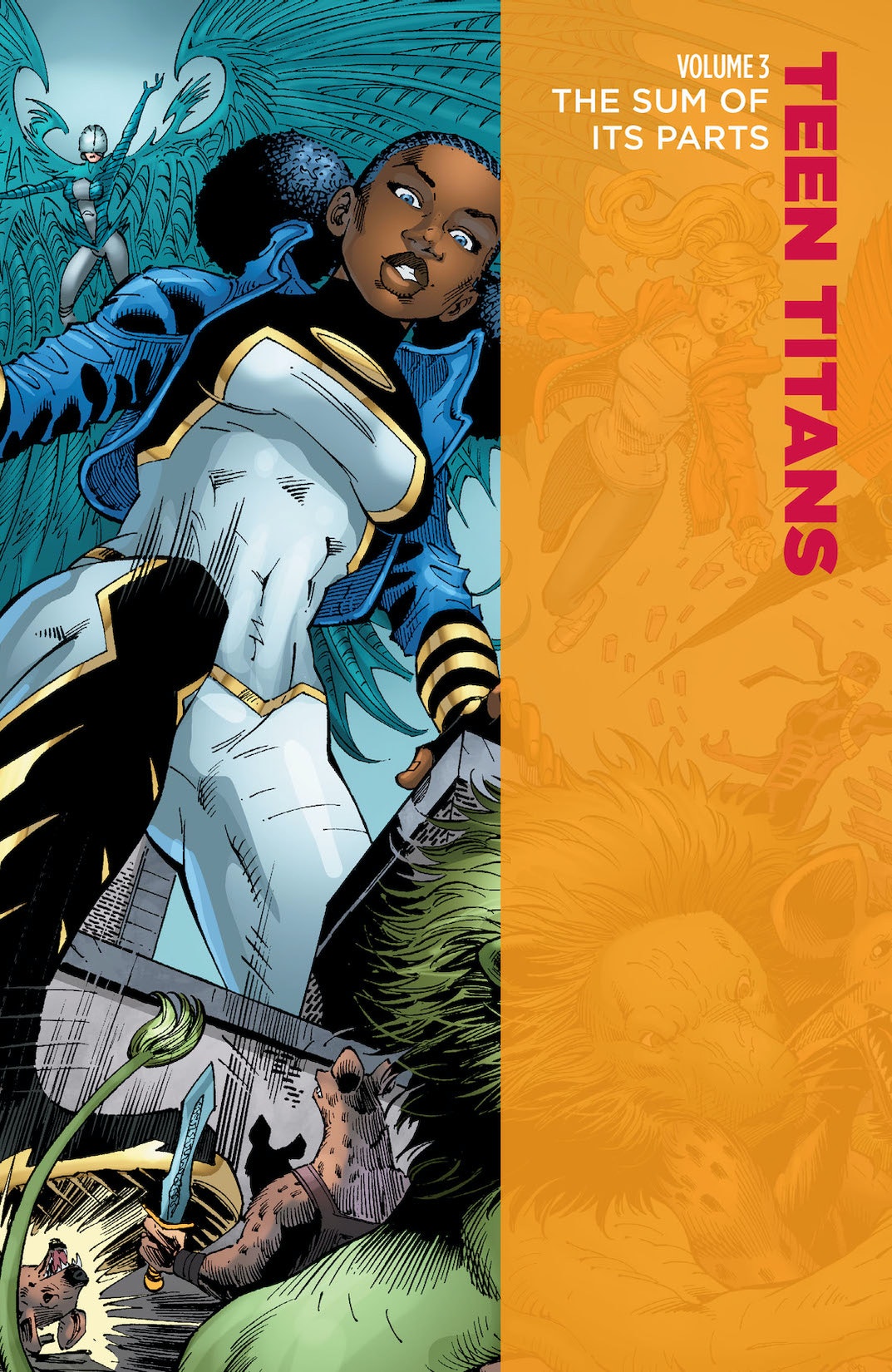 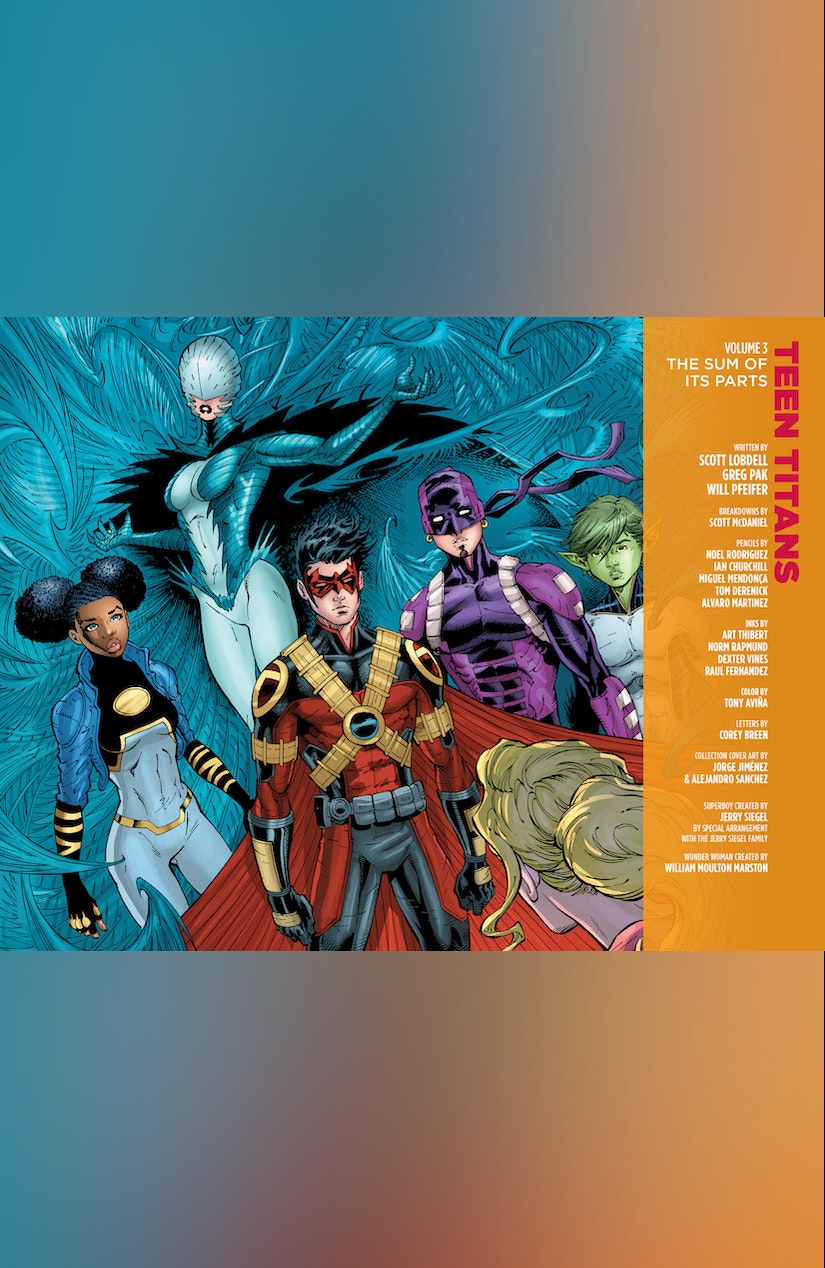 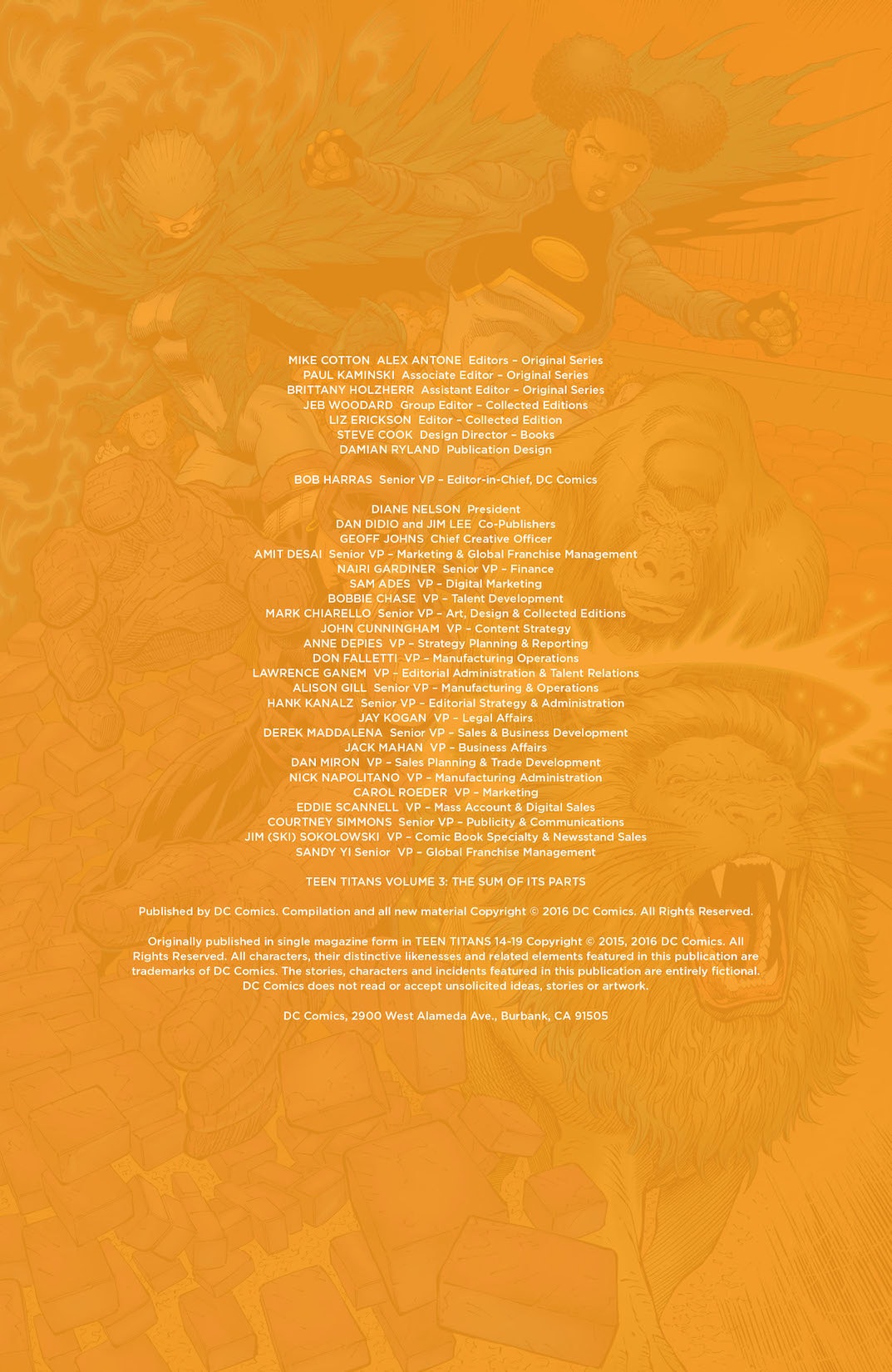 Teen Titans Vol. 3: The Sum of its Parts

Teen Titans Vol. 3: The Sum of its Parts

A WORLD AGAINST THEM The Teen Titans were the greatest team of young heroes ever assembled. Now, in the eyes of millions, they’re heroes no more. After the shocking revelations about Superboy shook the team to its core, they’re divided amongst themselves and hunted by the outside world. Their leader, Red Robin, is more isolated than ever-even as a legion of idealistic but dangerously untested young people takes to the streets of Gotham City, using his identity as an emblem for revolution. To survive as outlaws, the Titans will have to come together as never before and count on the help of unlikely allies-including former Batman protégé the Red Hood, no stranger to outlaws himself. And if they make it through, even more stunning secrets await them… Writers Will Pfeifer (RED HOOD AND THE OUTLAWS), Scott Lobdell (SUPERBOY) and Greg Pak (ACTION COMICS) join a talented team of artists including Ian Churchill (SUPERGIRL), Miguel Mendonça (WONDER WOMAN) and more for TEEN TITANS VOL. 3: THE SUM OF ITS PARTS-a thrilling chapter that takes the team from Gotham City to Themyscira and beyond! Collects issues #14-19.