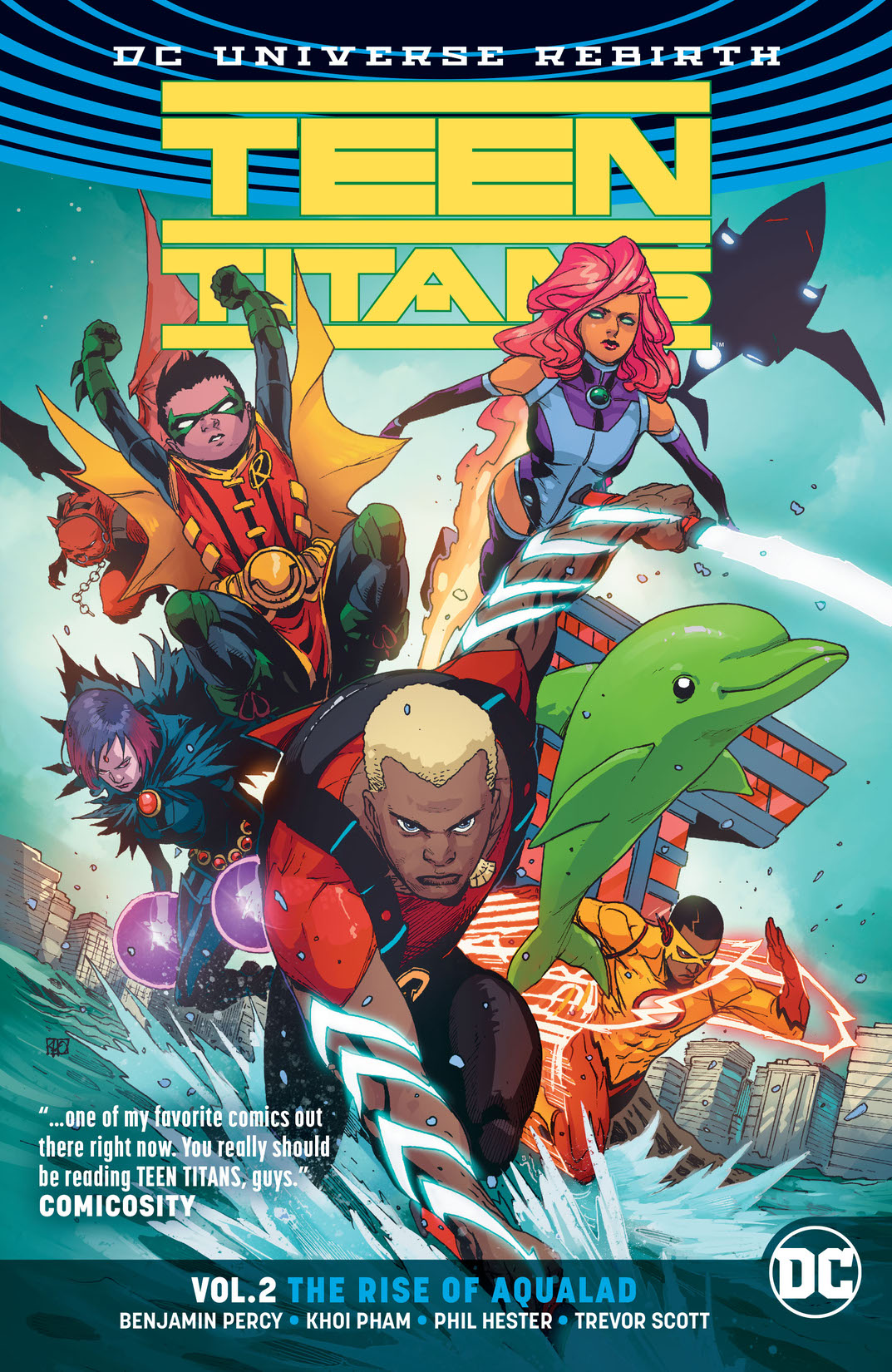 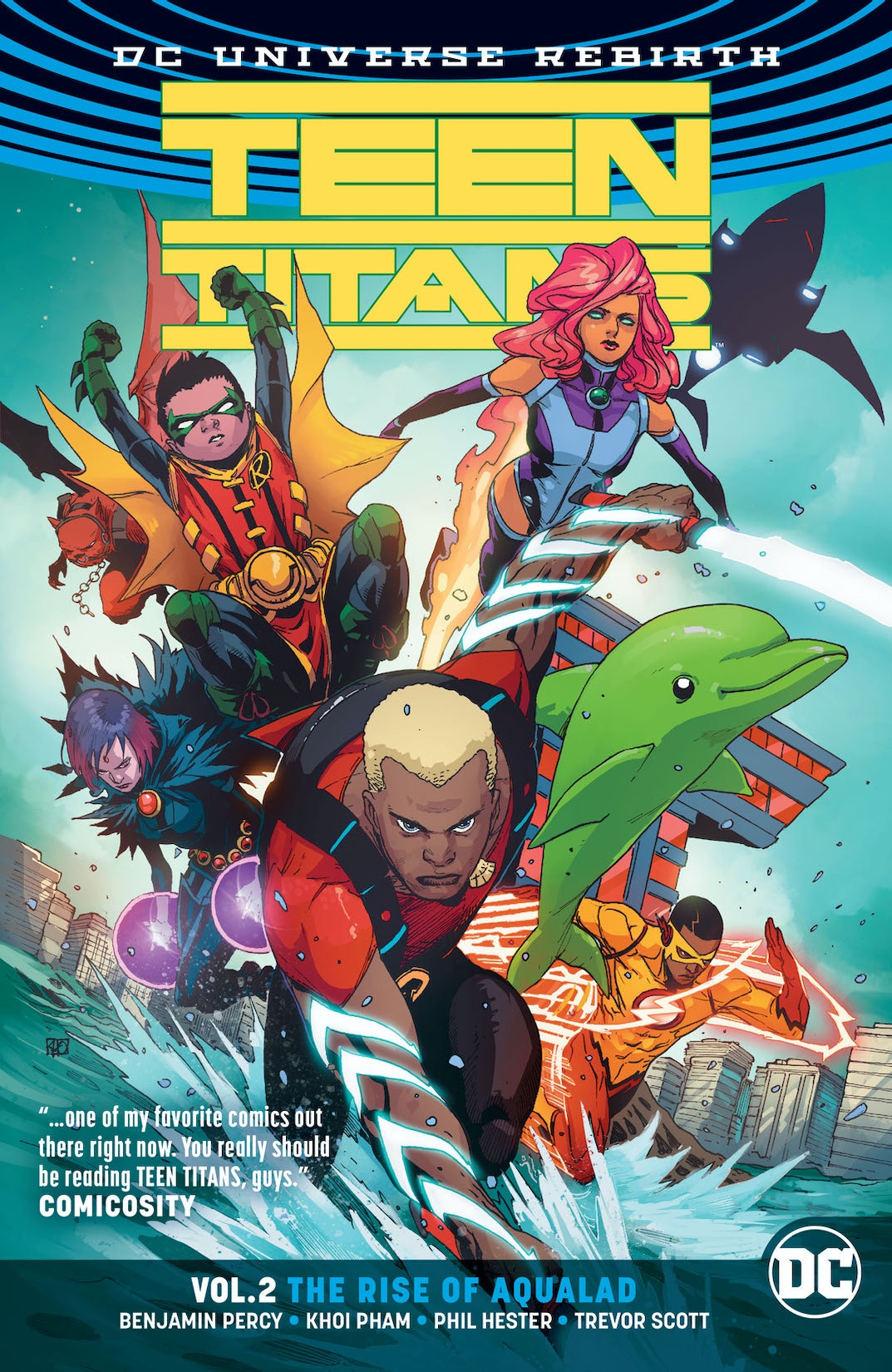 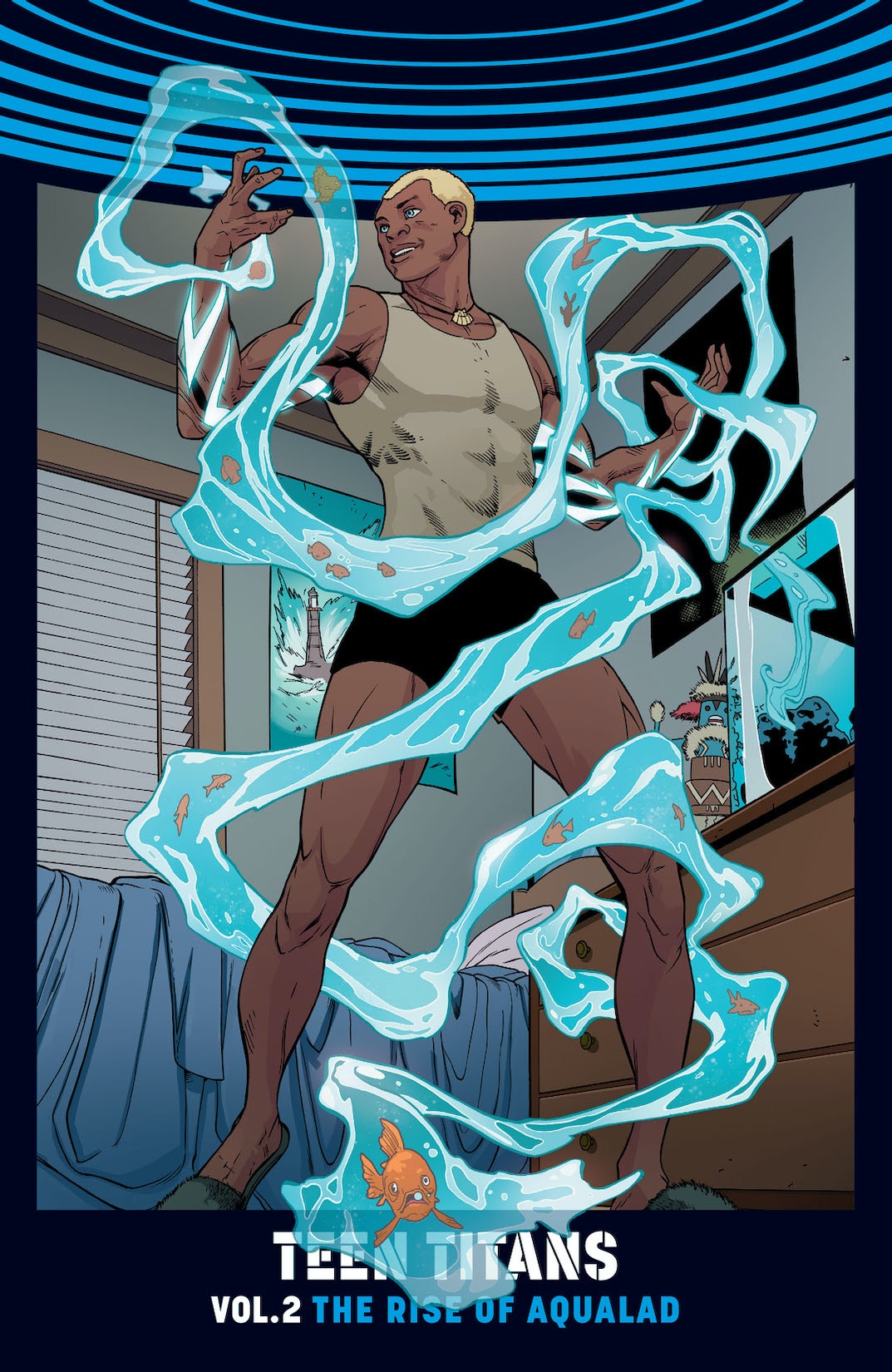 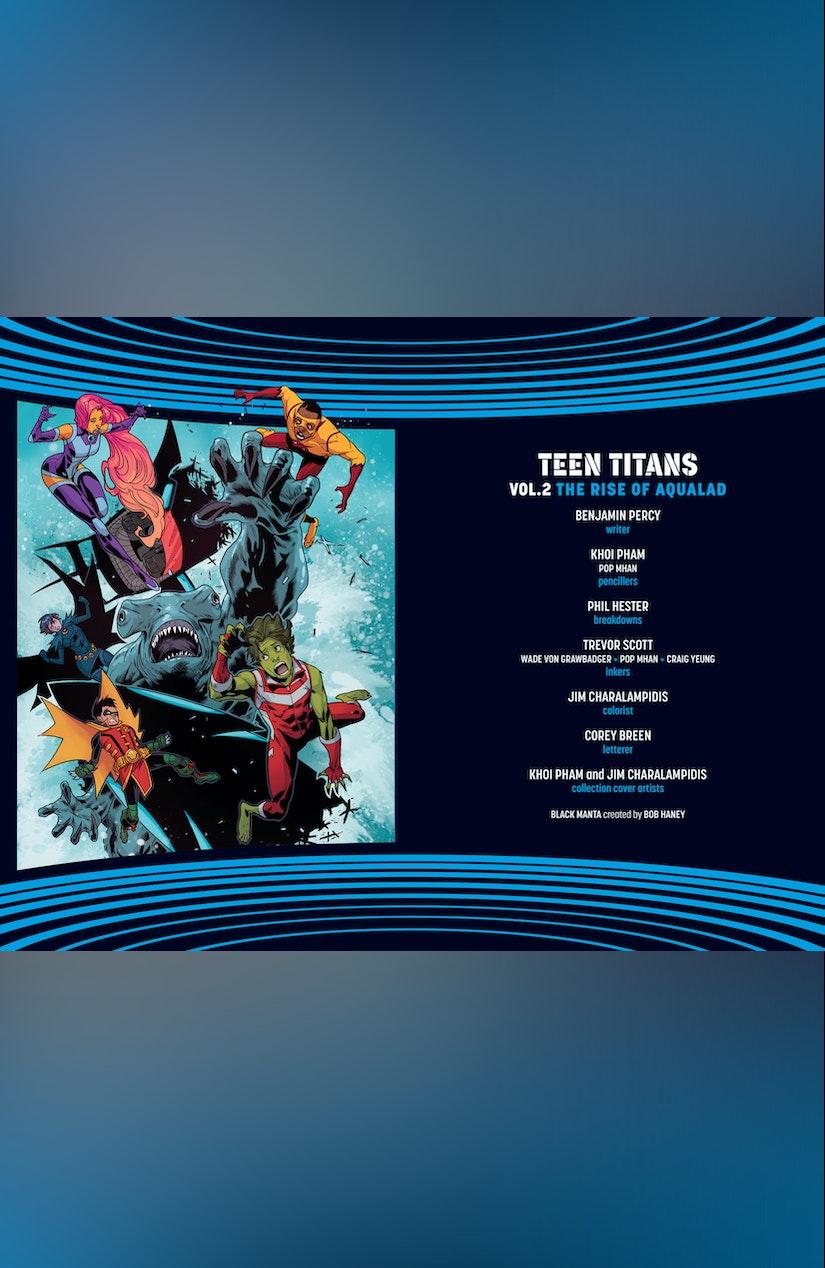 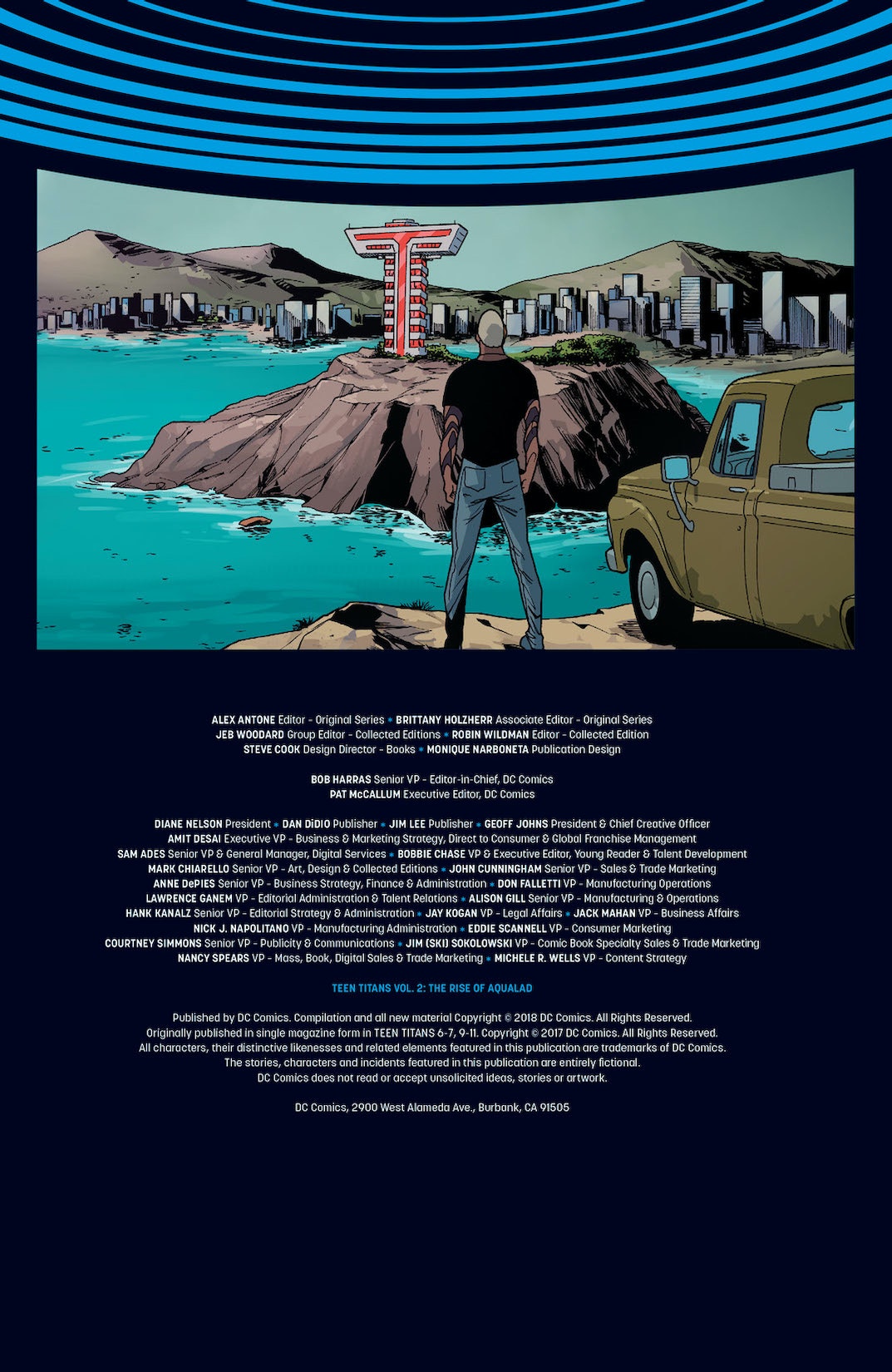 The Teen Titans are settling into their new lives in Titans Tower in San Francisco...even if answering to Damian Wayne takes a lot of getting used to. But Beast Boy, Raven, Starfire and Kid Flash soon have a lot more than an overbearing Robin to worry about—a prison breakout has led to a string of disappearances, and some of them hit close to home. Now, to rescue the kidnapped, the Titans will have to go toe-to-fin with King Shark, and the Titans are out of their depth...literally! But a new teen hero named Jackson Hyde has seen the Titans in action, and he’s headed to Titans Tower to try to join the team. Will Aqualad be enough to turn the tide for the Teen Titans...or will the mystery of his powers unleash an even deadlier threat to the team? Writer Benjamin Percy (Green Arrow) and artist Khoi Pham (X-Force) continue the adventures of the heroes of tomorrow, today! Collects TEEN TITANS #6-7, #9-11 and #13-14