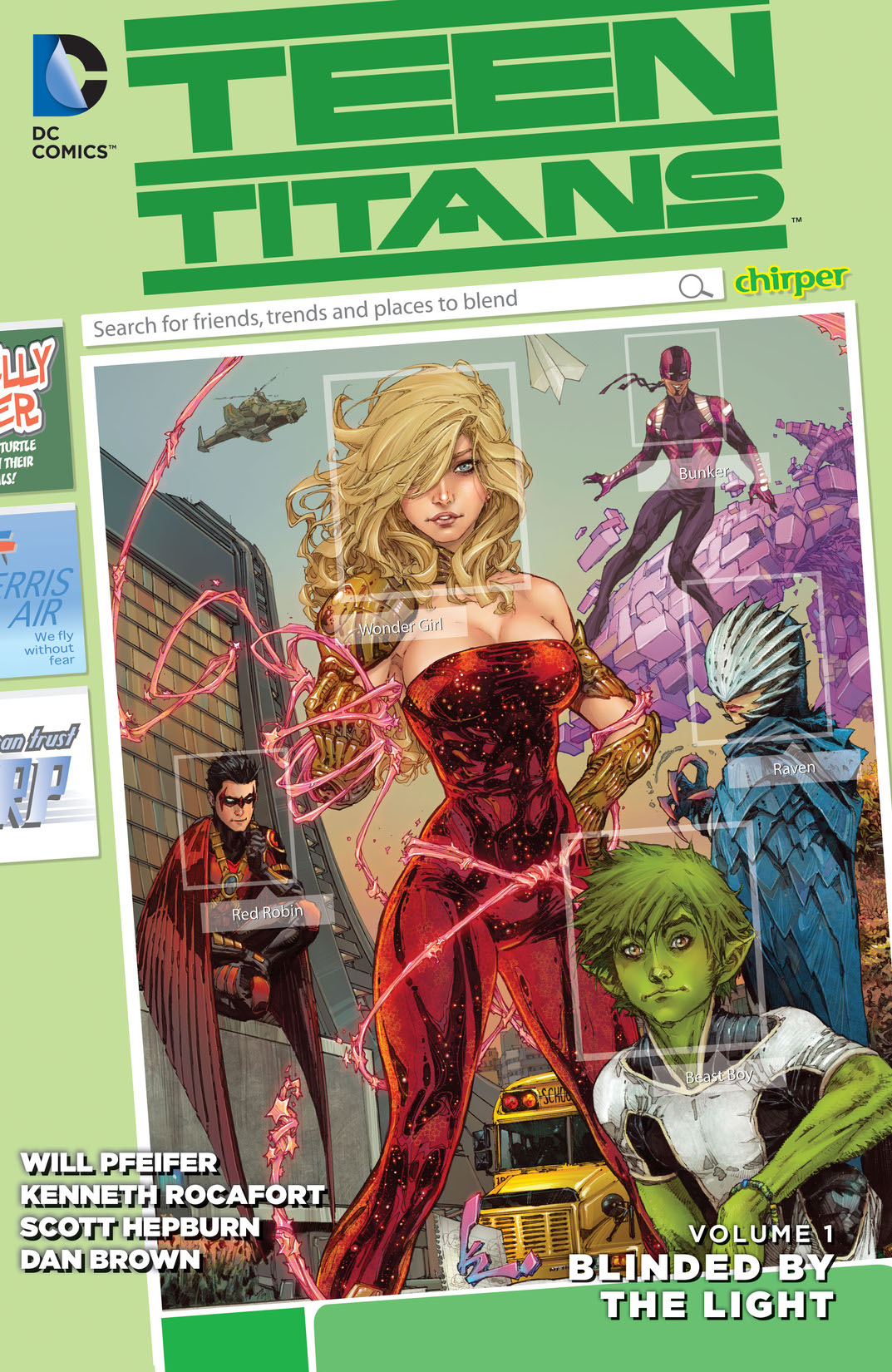 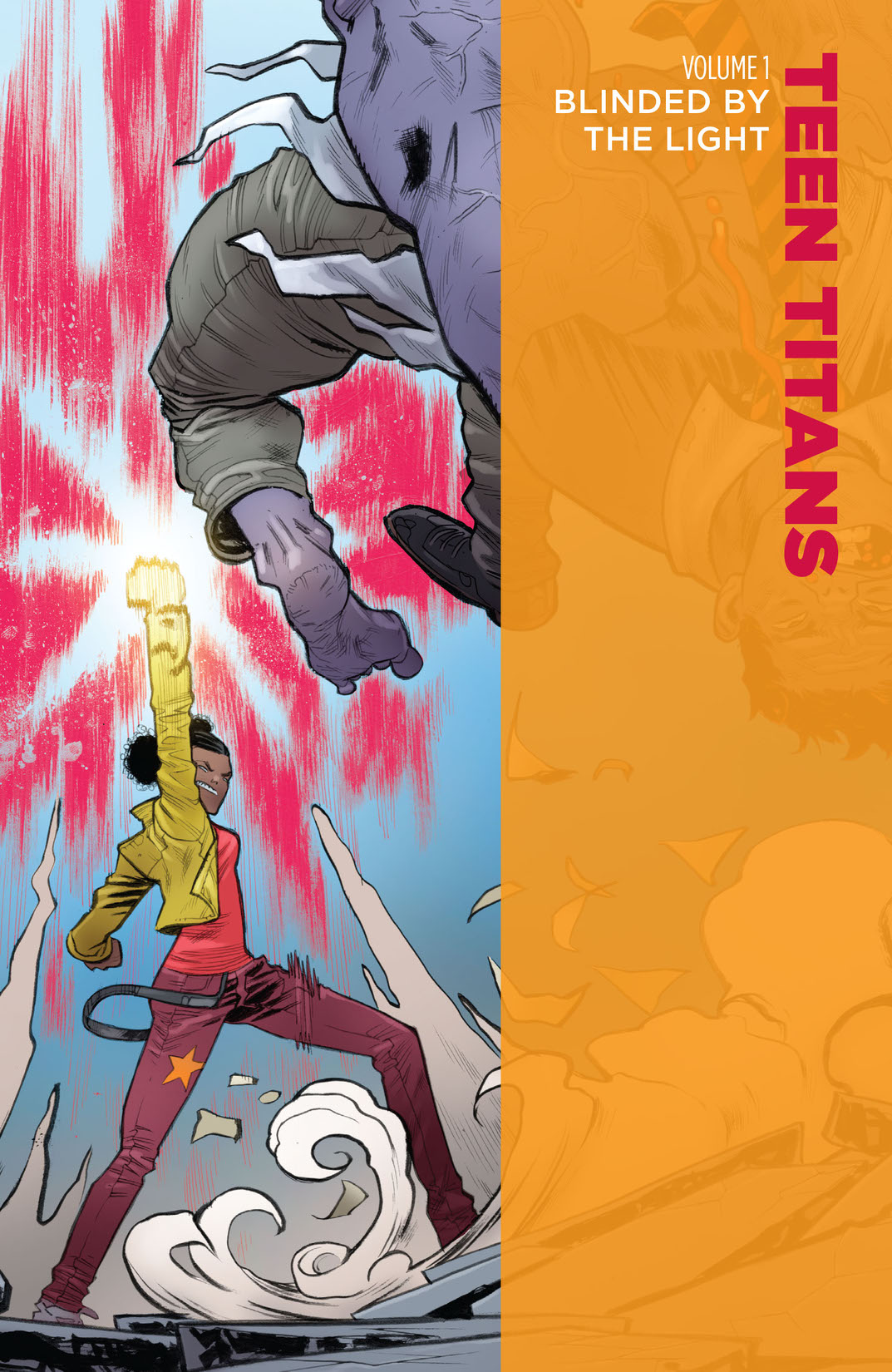 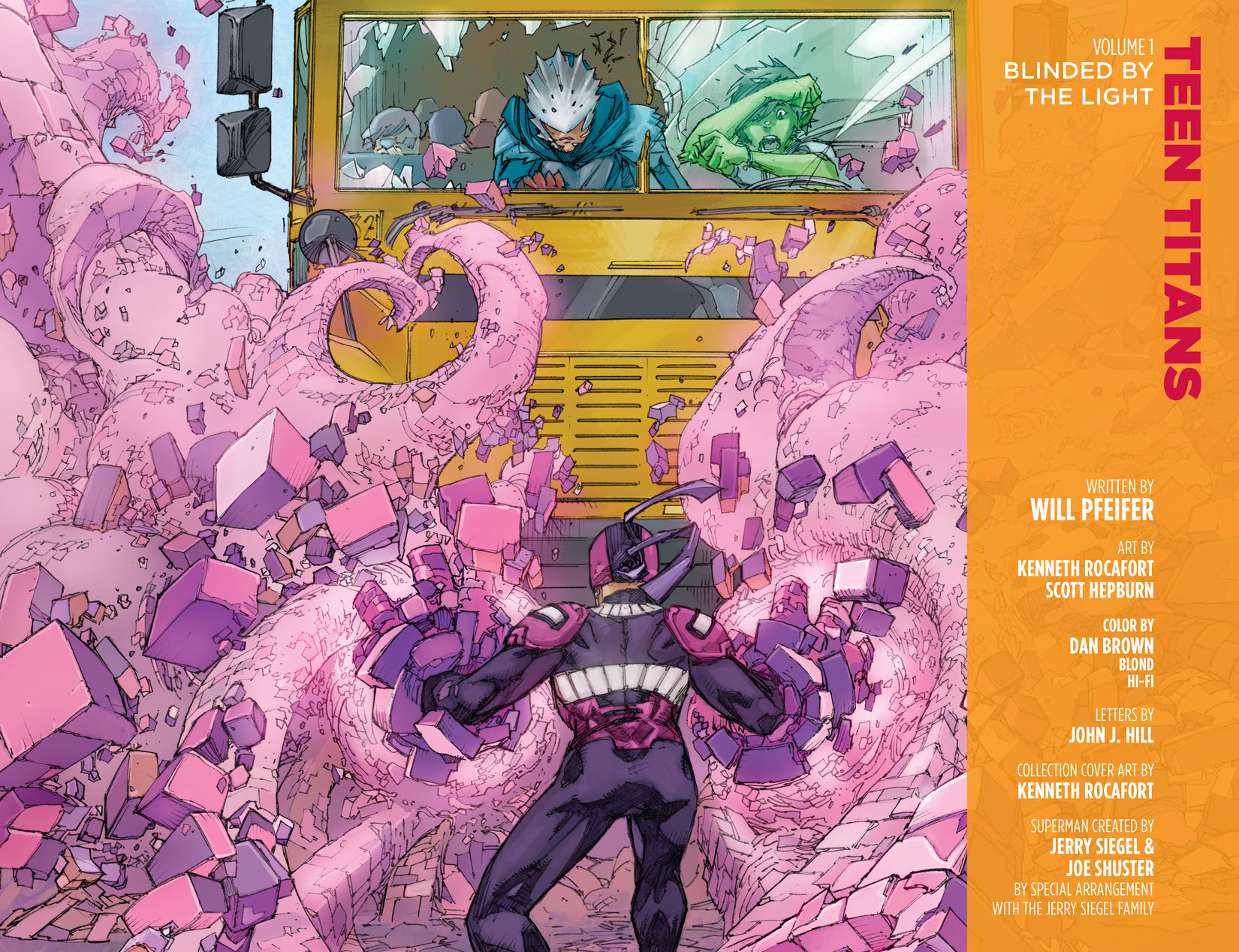 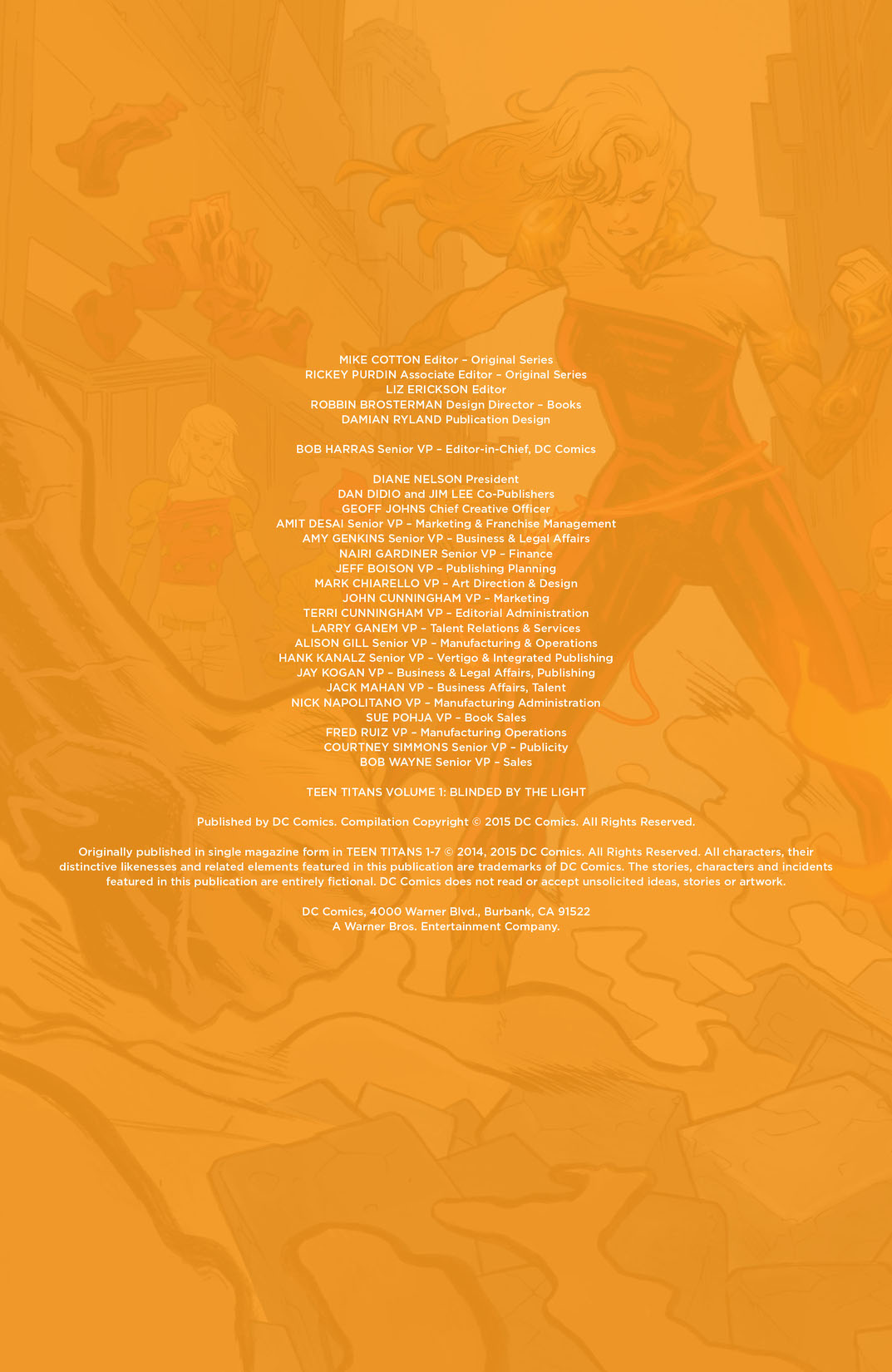 The Teen Titans are back! Red Robin, Wonder Girl, Beast Boy, Raven and Bunker—the Teen Titans are out to make a name for themselves in New York City. Stepping out from the long shadows of their adult superhero mentors, the team is enjoying newfound fame. From Internet stardom to underground concerts thrown in their honor, the Titans are the talk of the town. But not all the attention is positive. A new threat named Algorithm, an unstoppable woman with impossible technological enhancements, is testing the team with attacks across the city. Connecting each incident is one common thread: S.T.A.R. Labs. Someone at the scientific research company is hiding something, and this mysterious techno-villain is determined to bring it to light—even if it means tearing every one of their New York facilities down to the ground! Acclaimed writer Will Pfeifer (RED HOOD AND THE OUTLAWS, CATWOMAN) and artist Kenneth Rocafort (RED HOOD AND THE OUTLAWS, SUPERMAN) set DC's greatest teen heroes in a new direction with TEEN TITANS: BLINDED BY THE LIGHT. Collects issues #1-7.