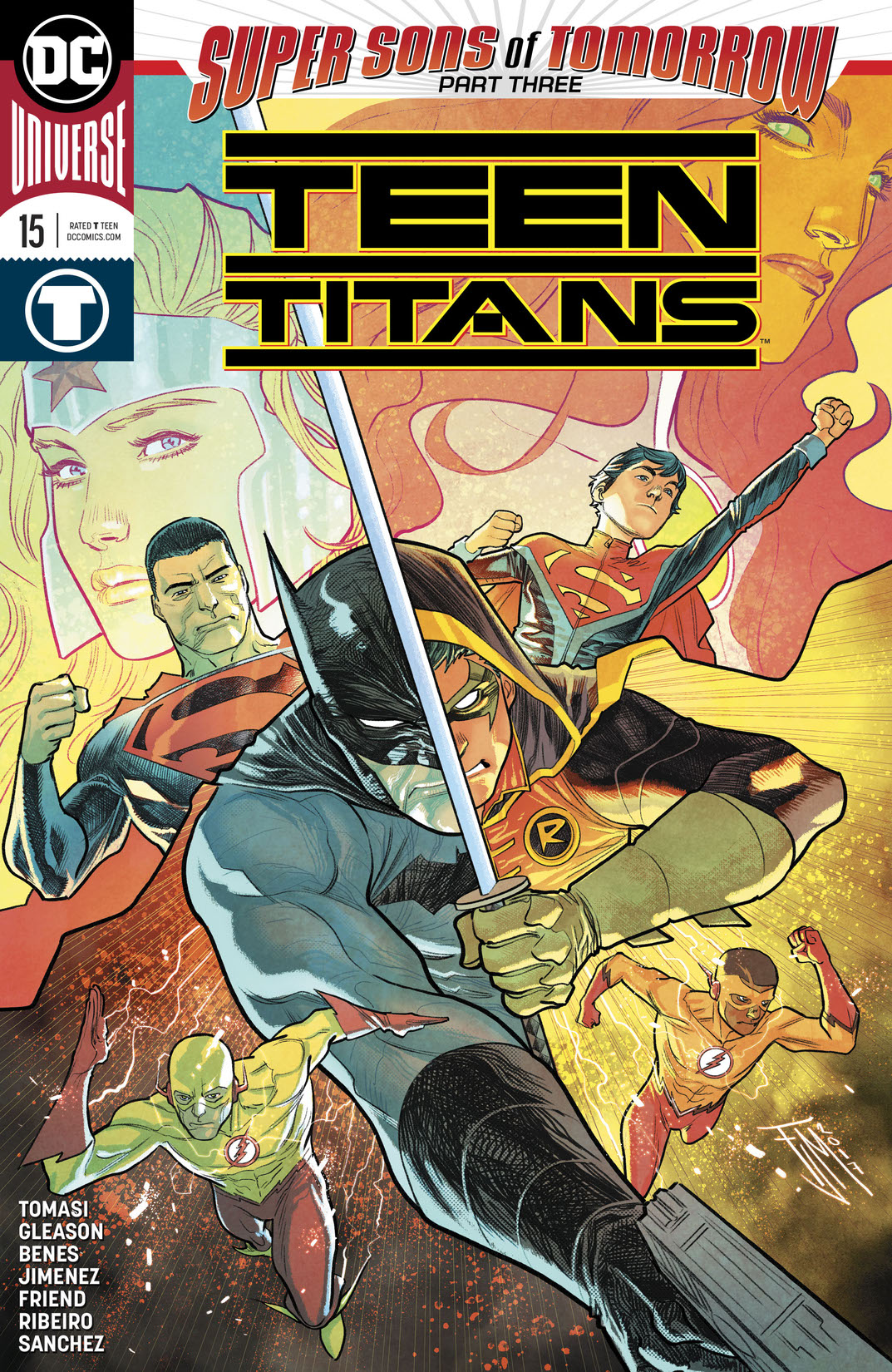 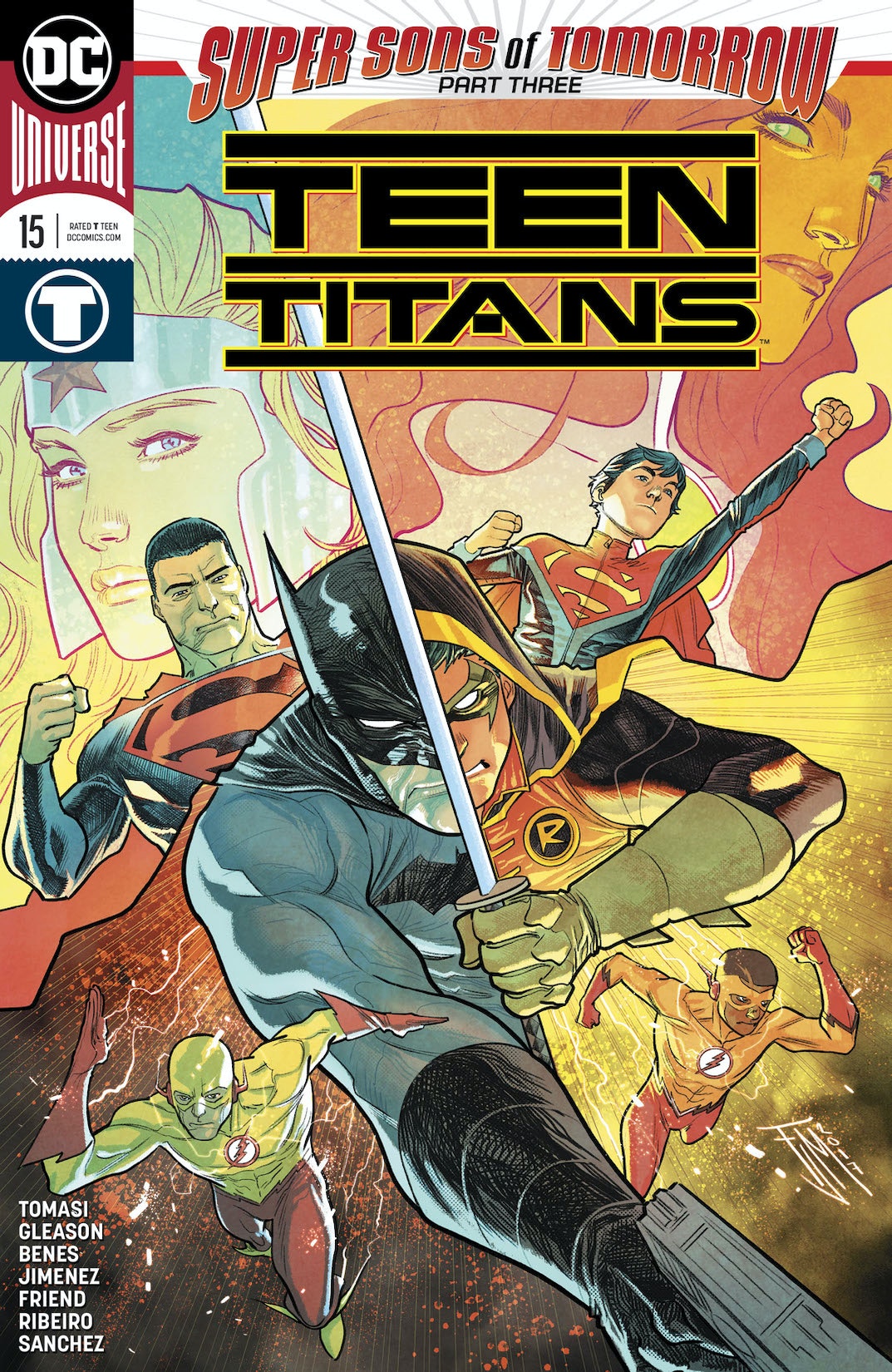 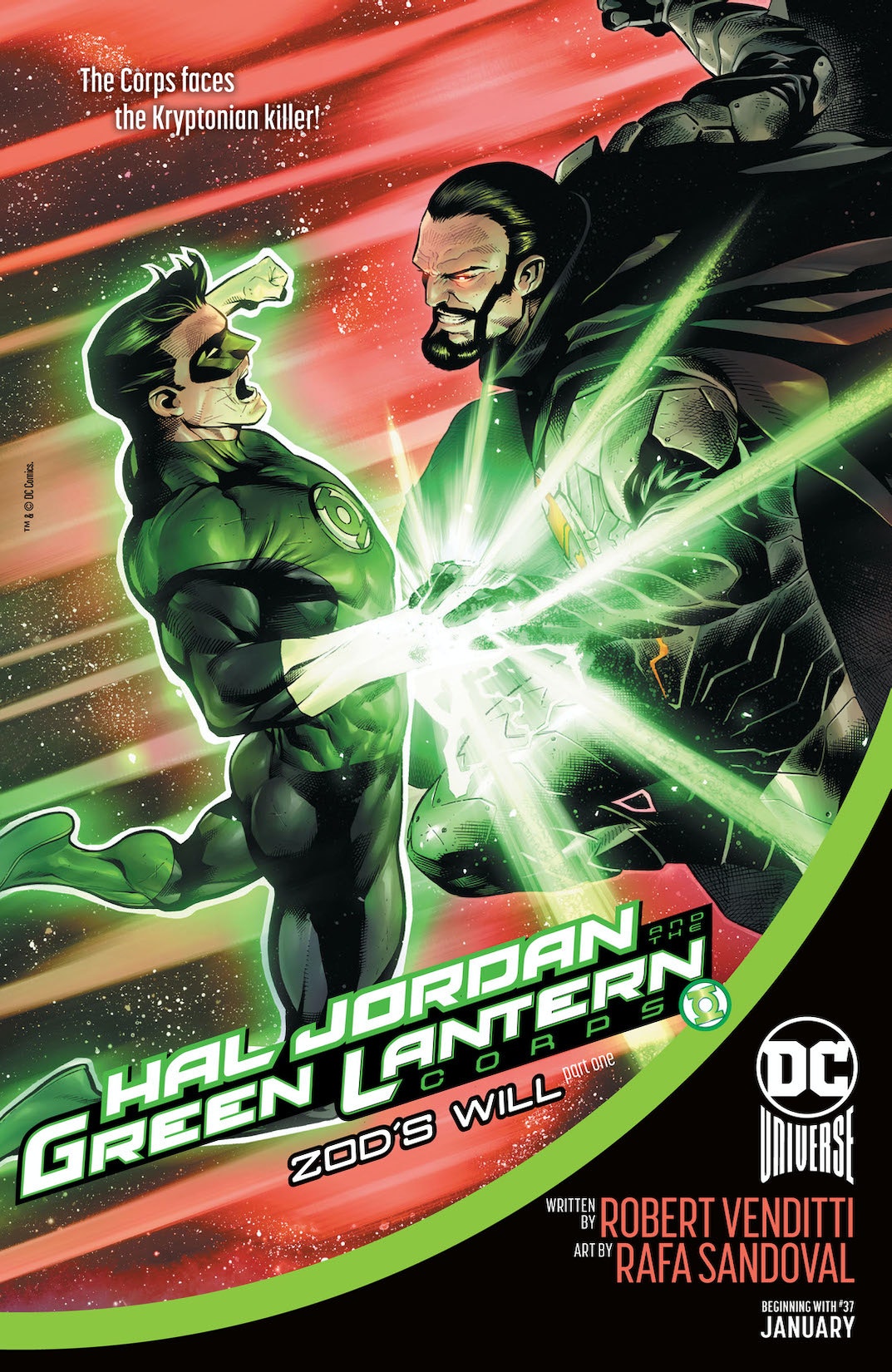 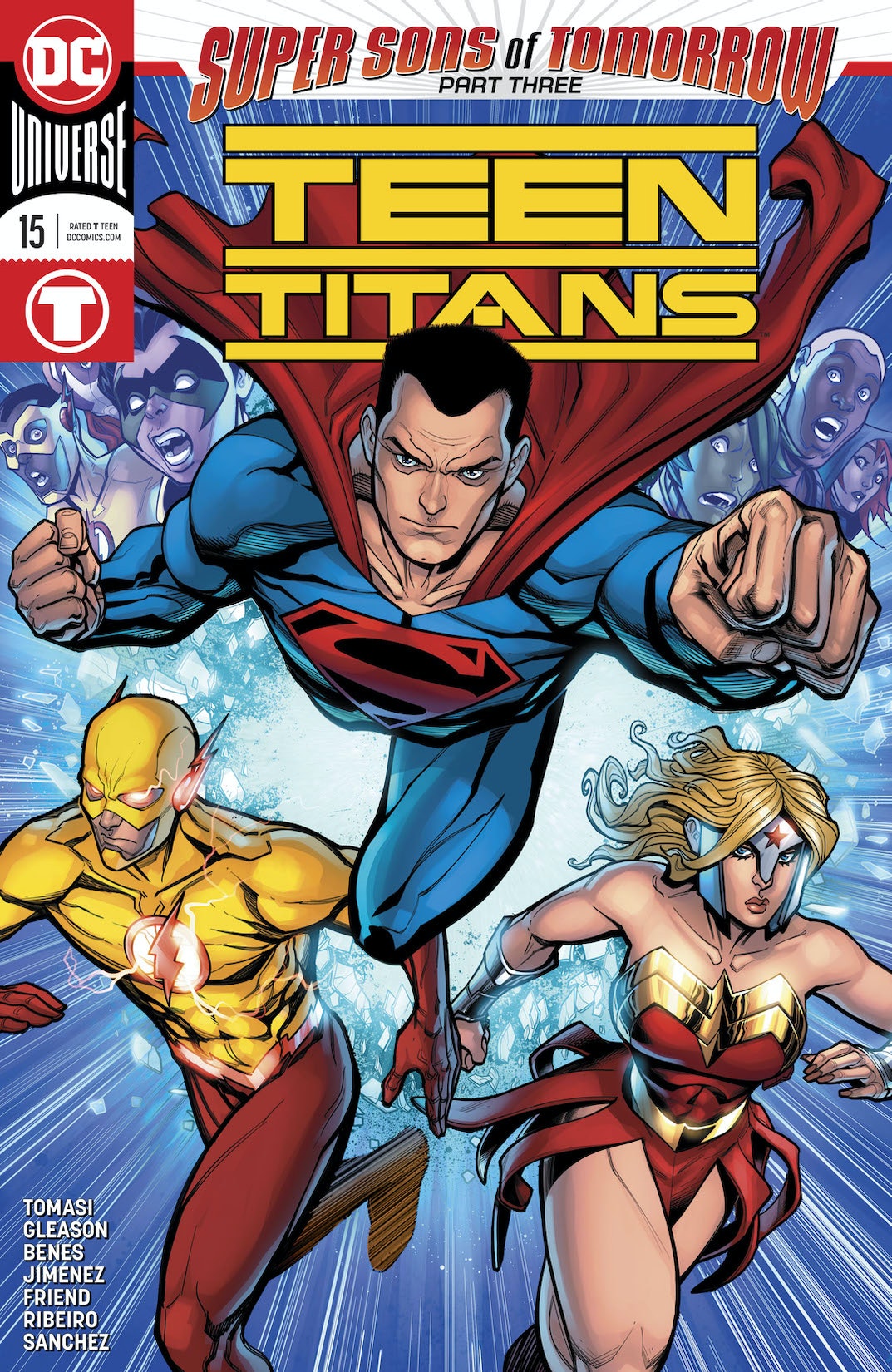 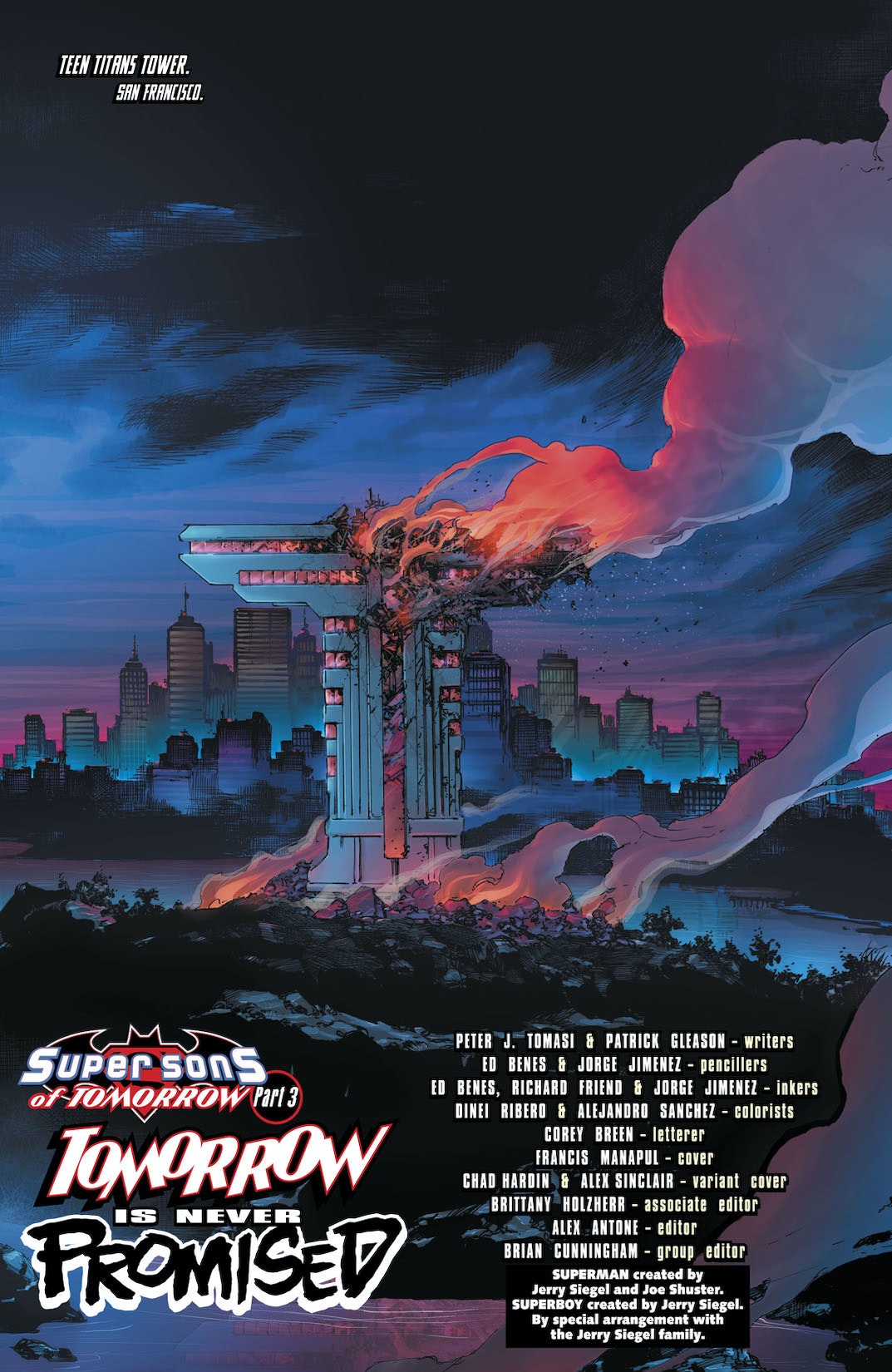 “SUPER SONS OF TOMORROW” part three! The Batman of Tomorrow reveals himself to the Teen Titans to recruit them to his cause. But the reunion gives way to the big question: is the life of an innocent child worth more than the lives of millions? It’s the Teen Titans vs. the Super Sons in the battle you’ve been waiting for!