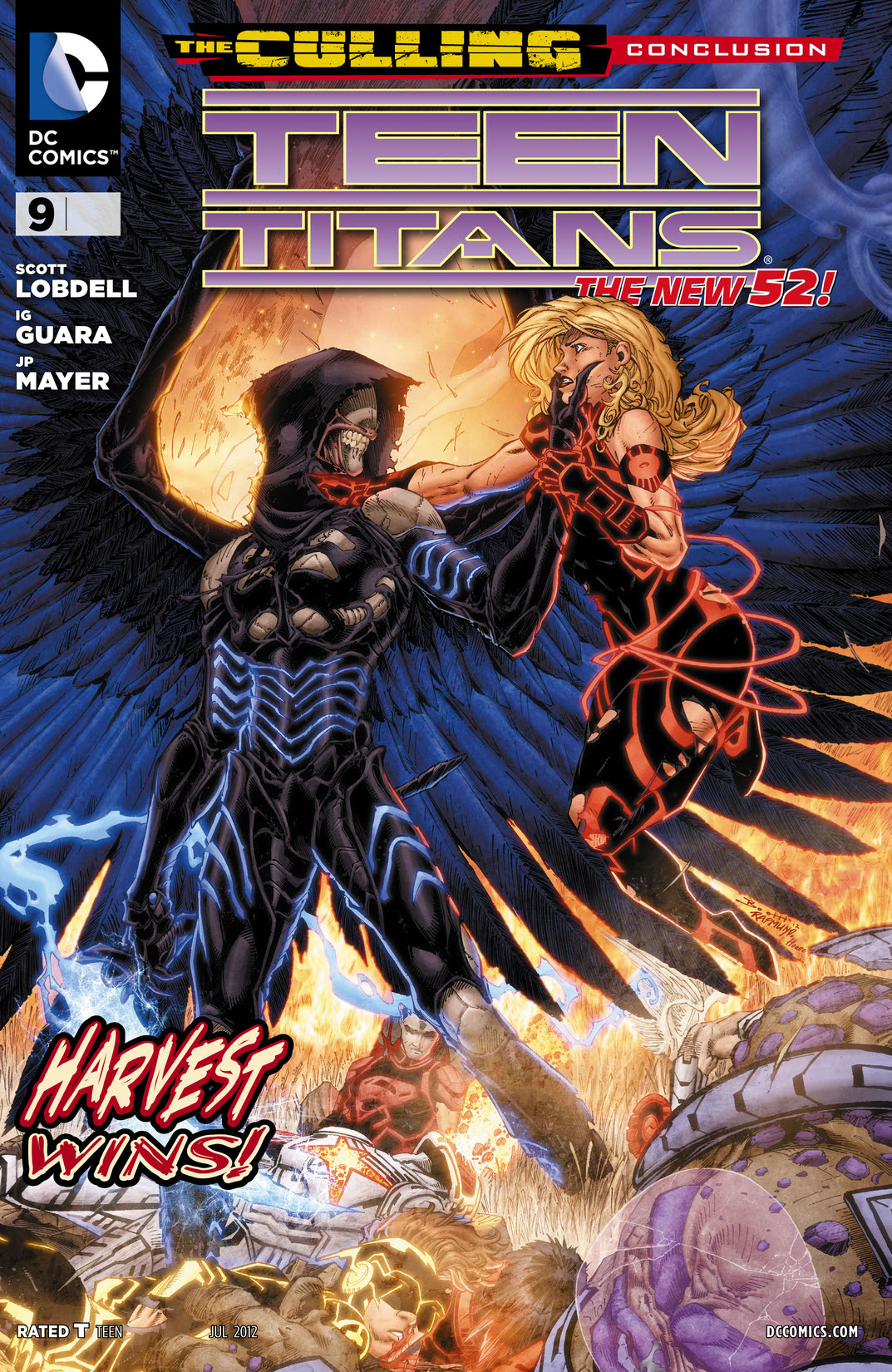 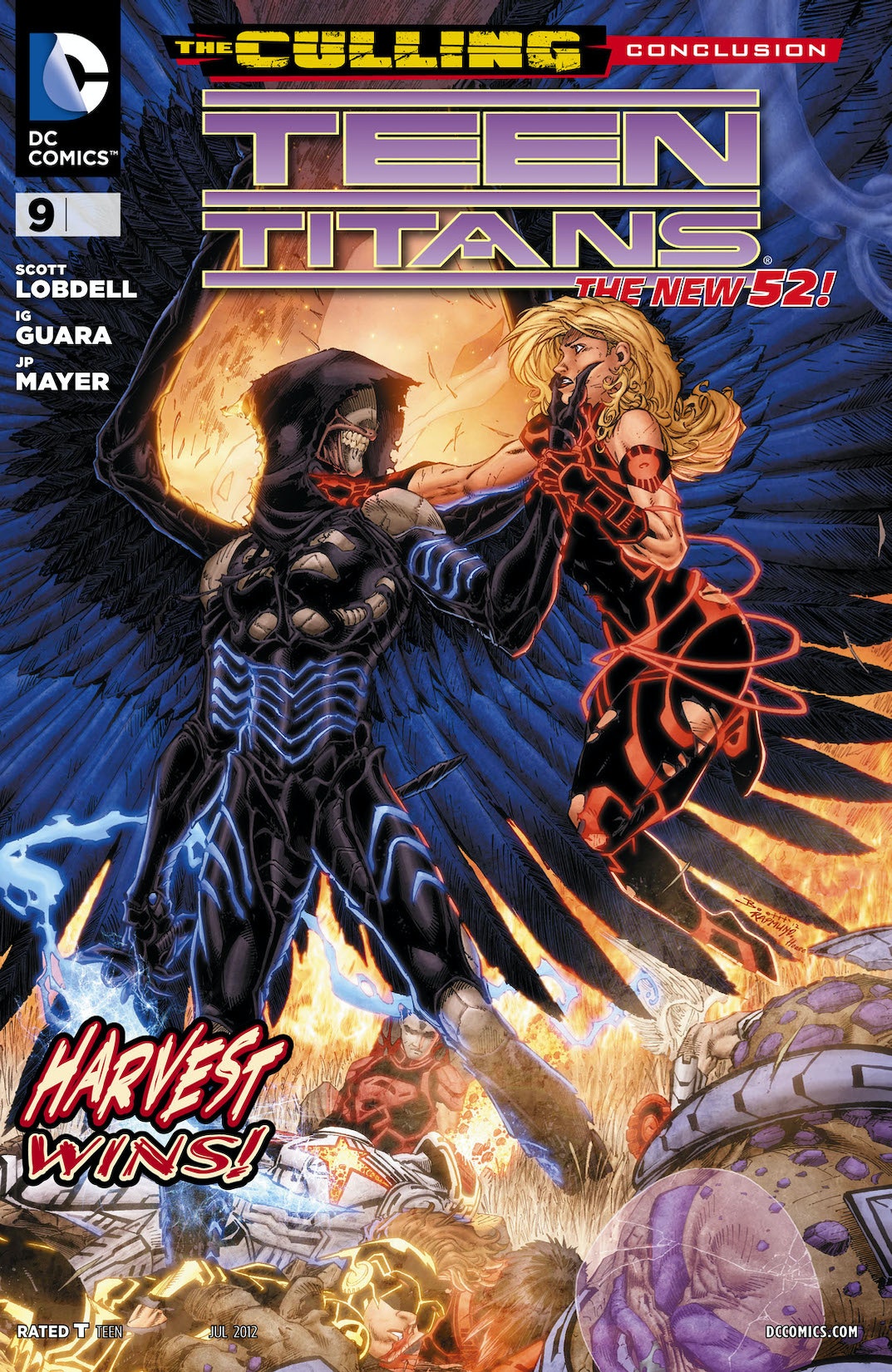 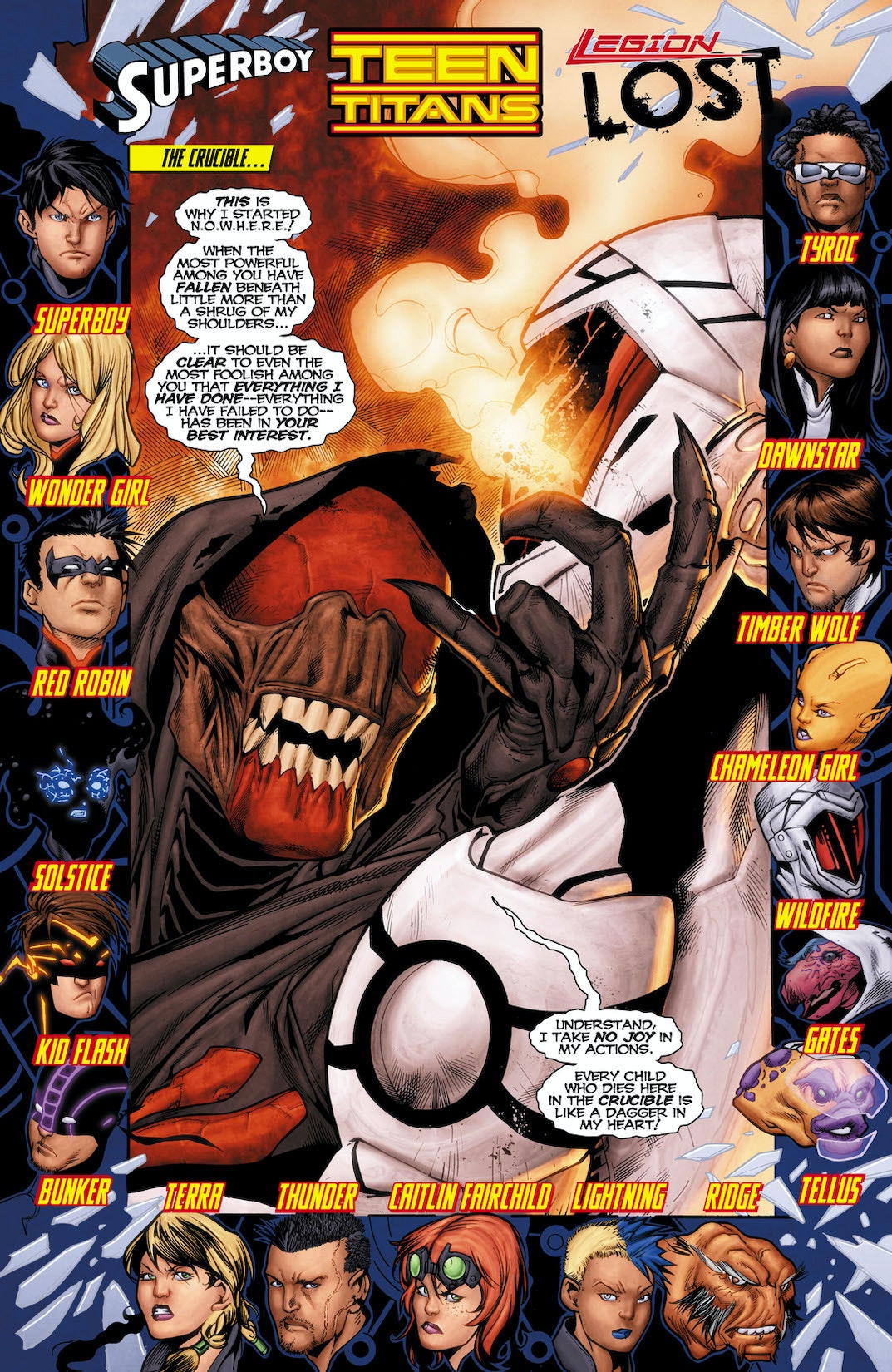 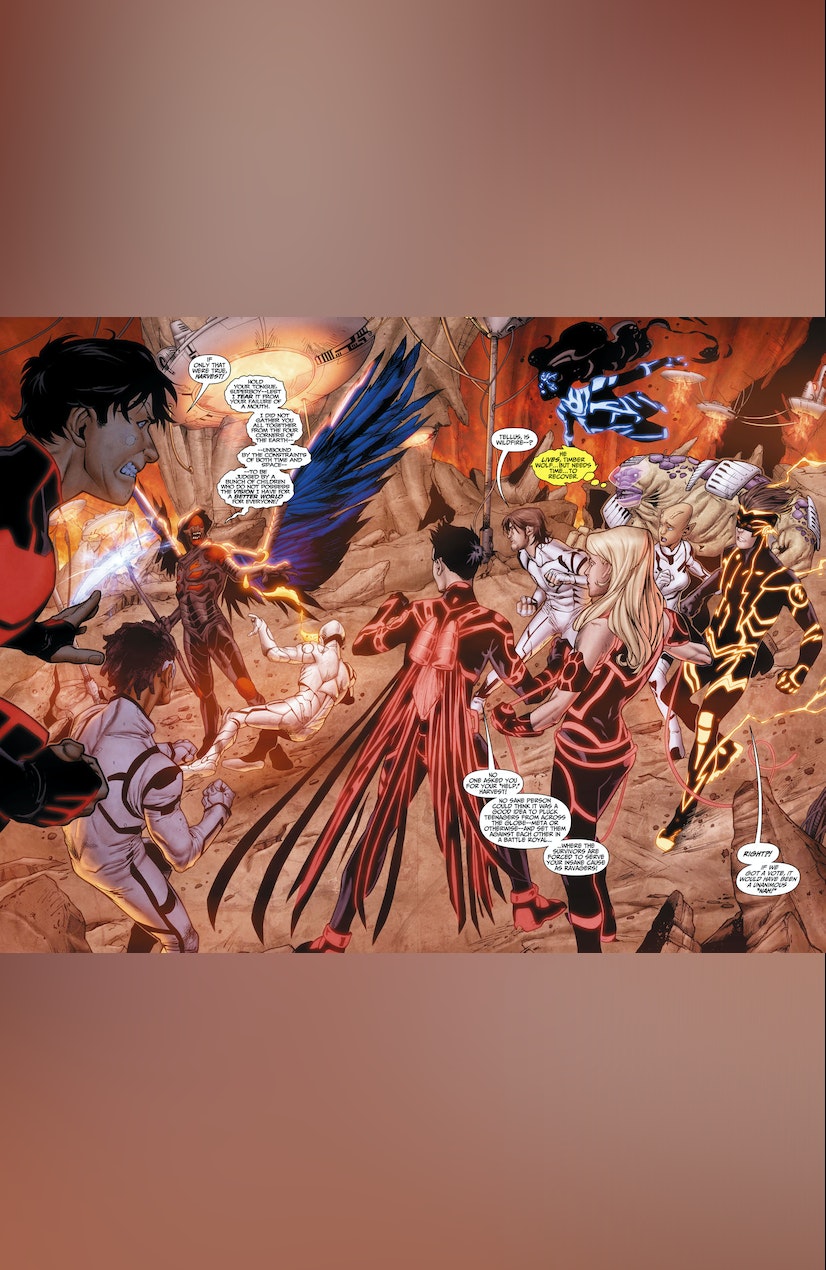 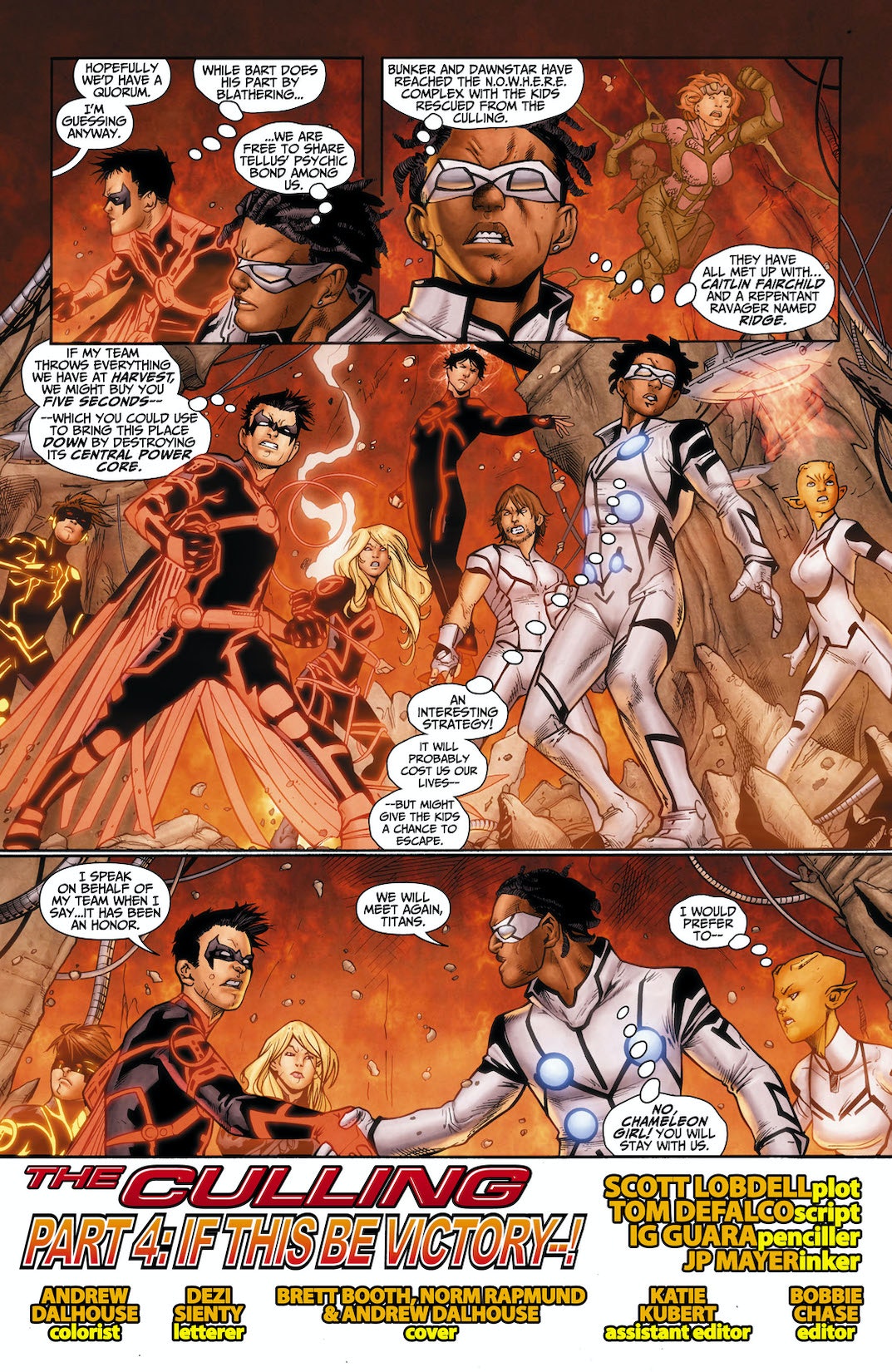 The Culling' part 4, continued from LEGION LOST #9. The Teen Titans and the Legion Lost duke it out with N.O.W.H.E.R.E. and the madman known as Harvest in order to stop the slaughter of innocent children.