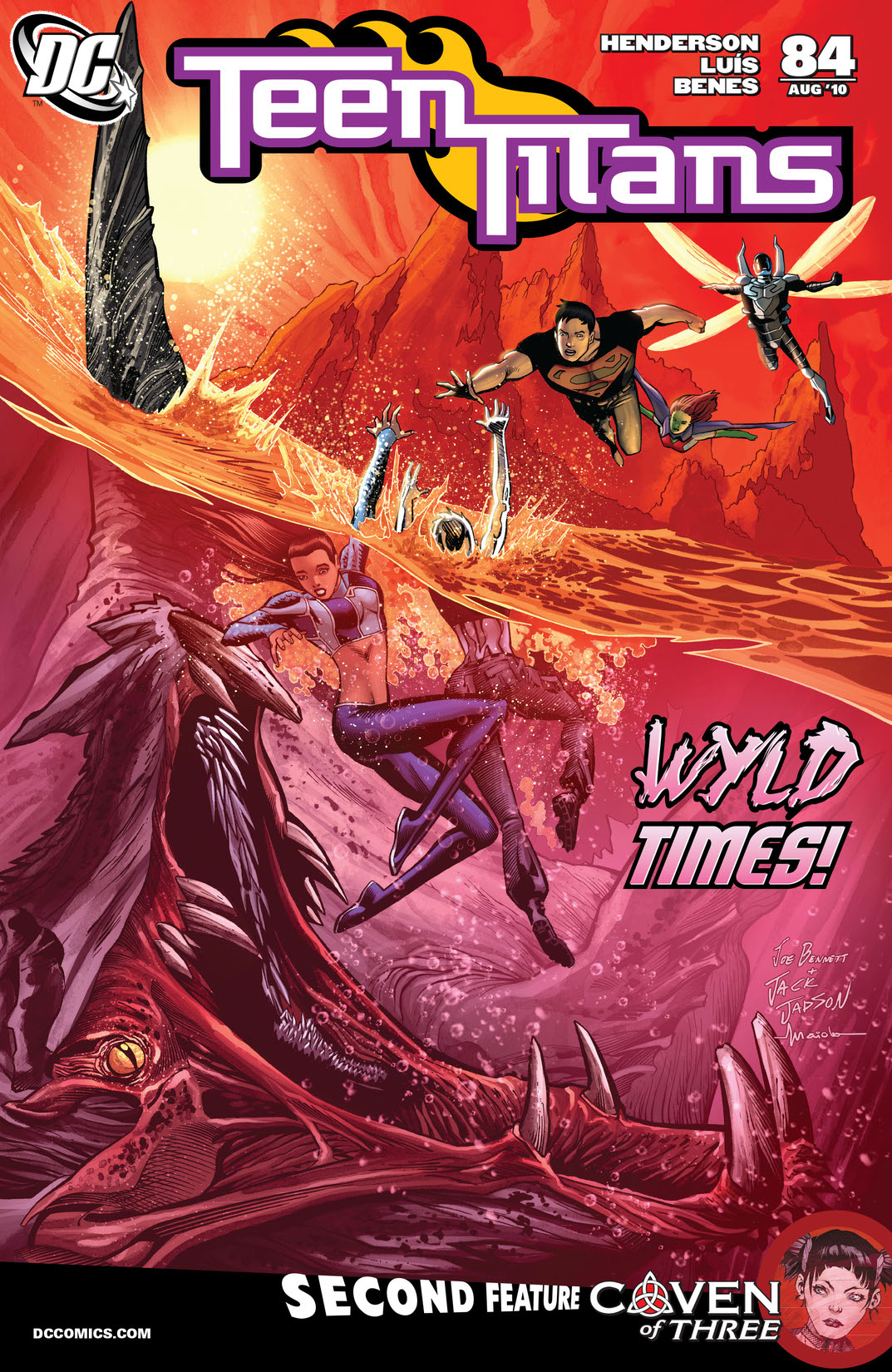 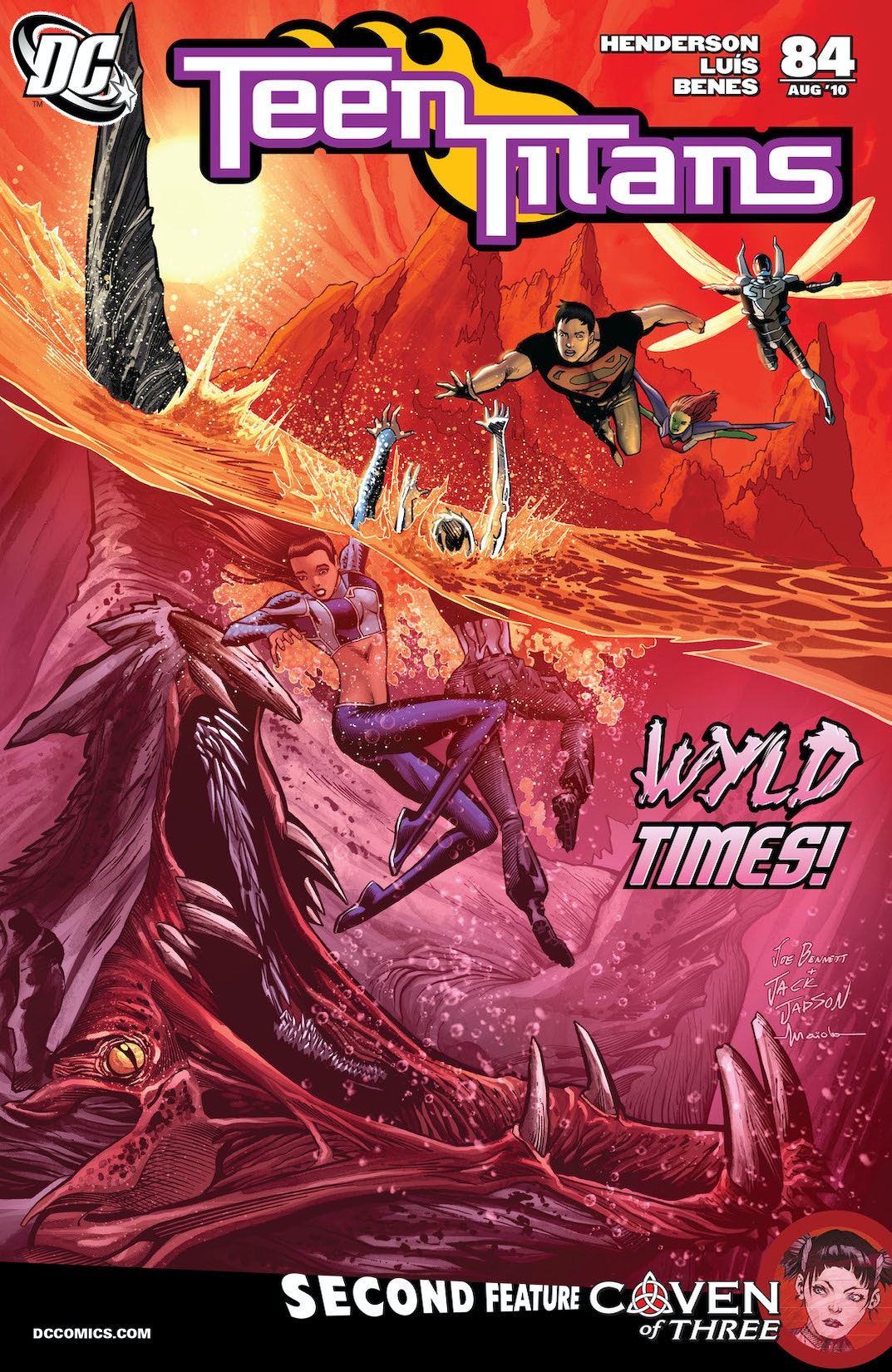 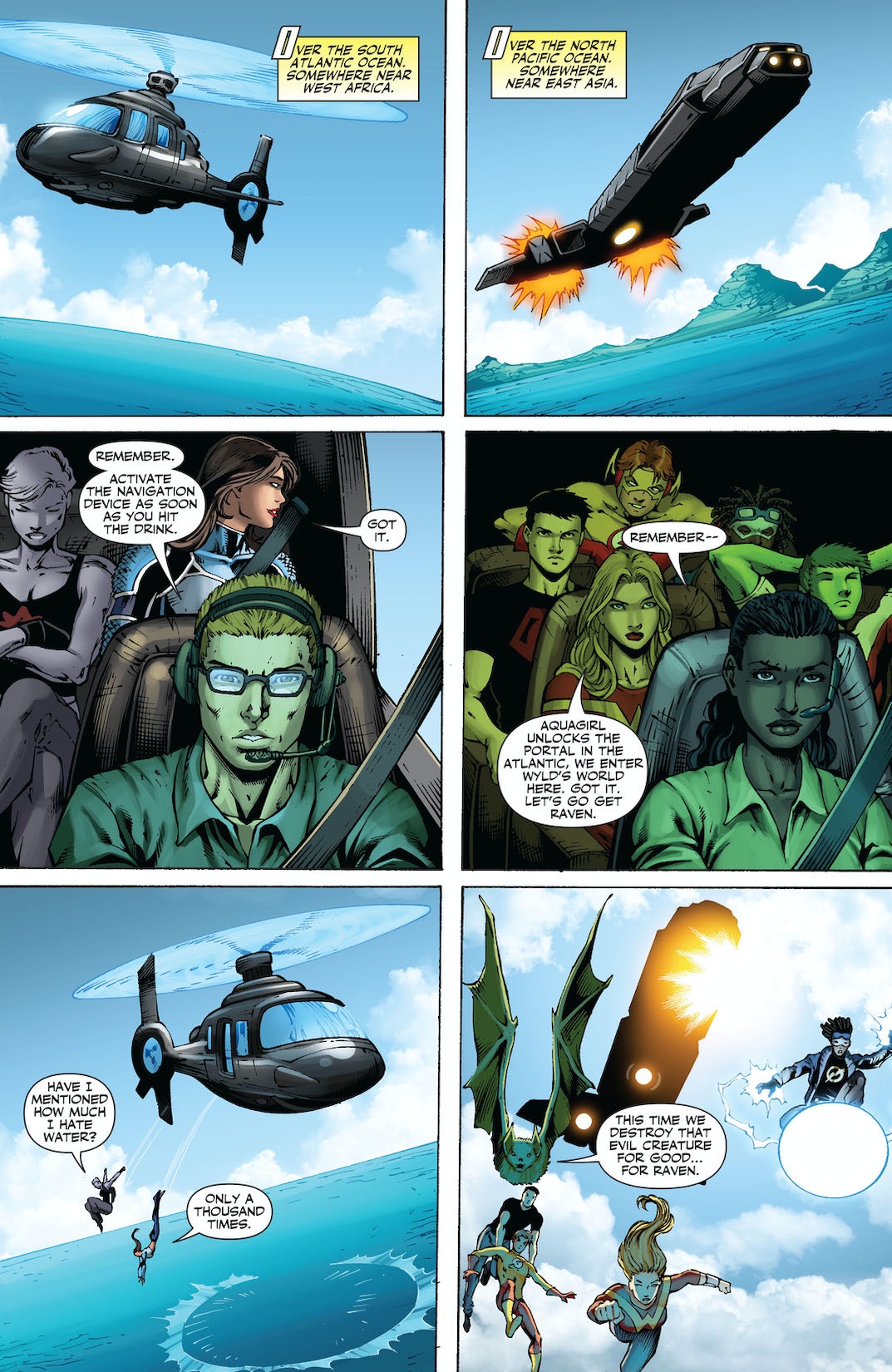 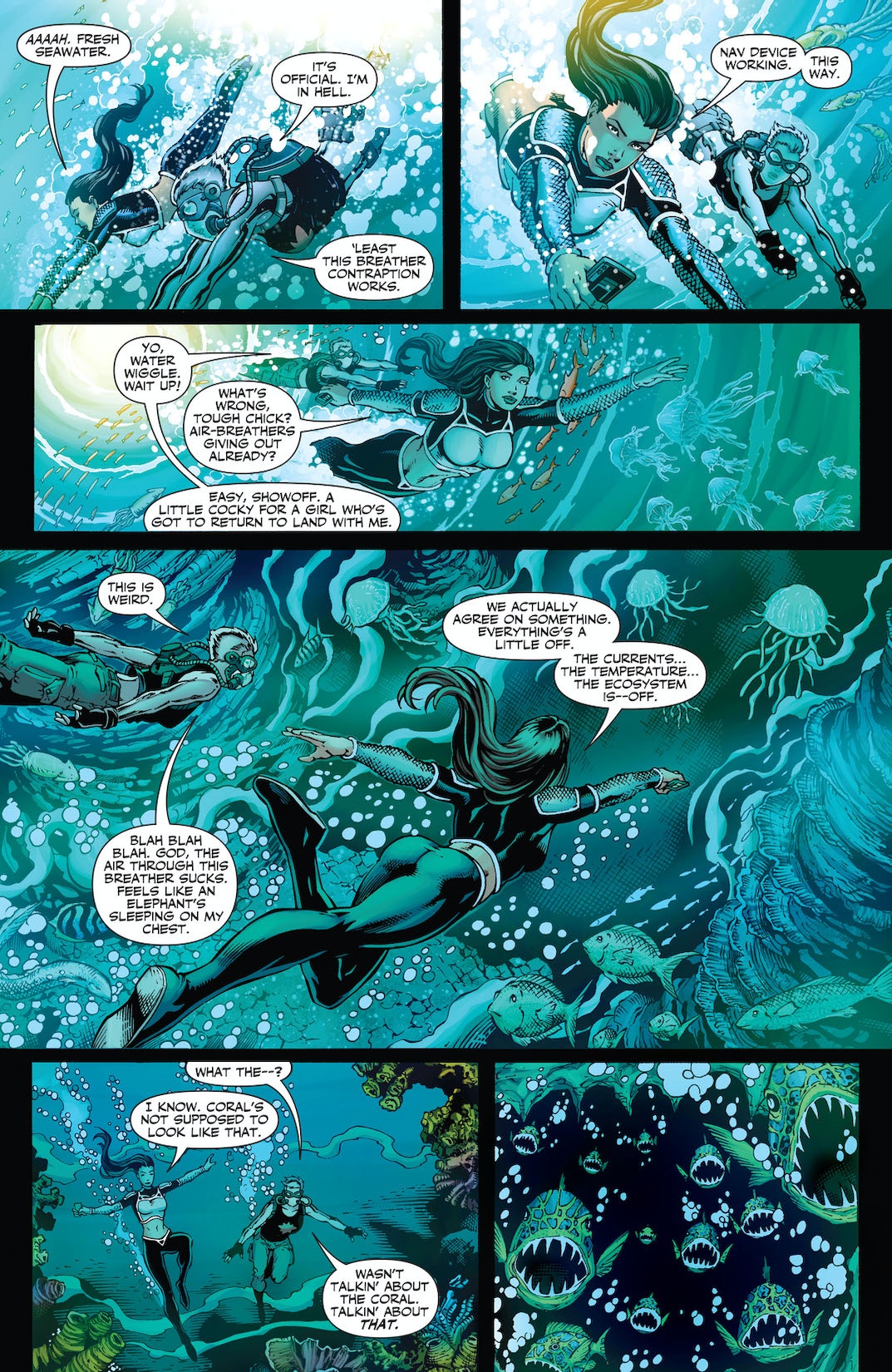 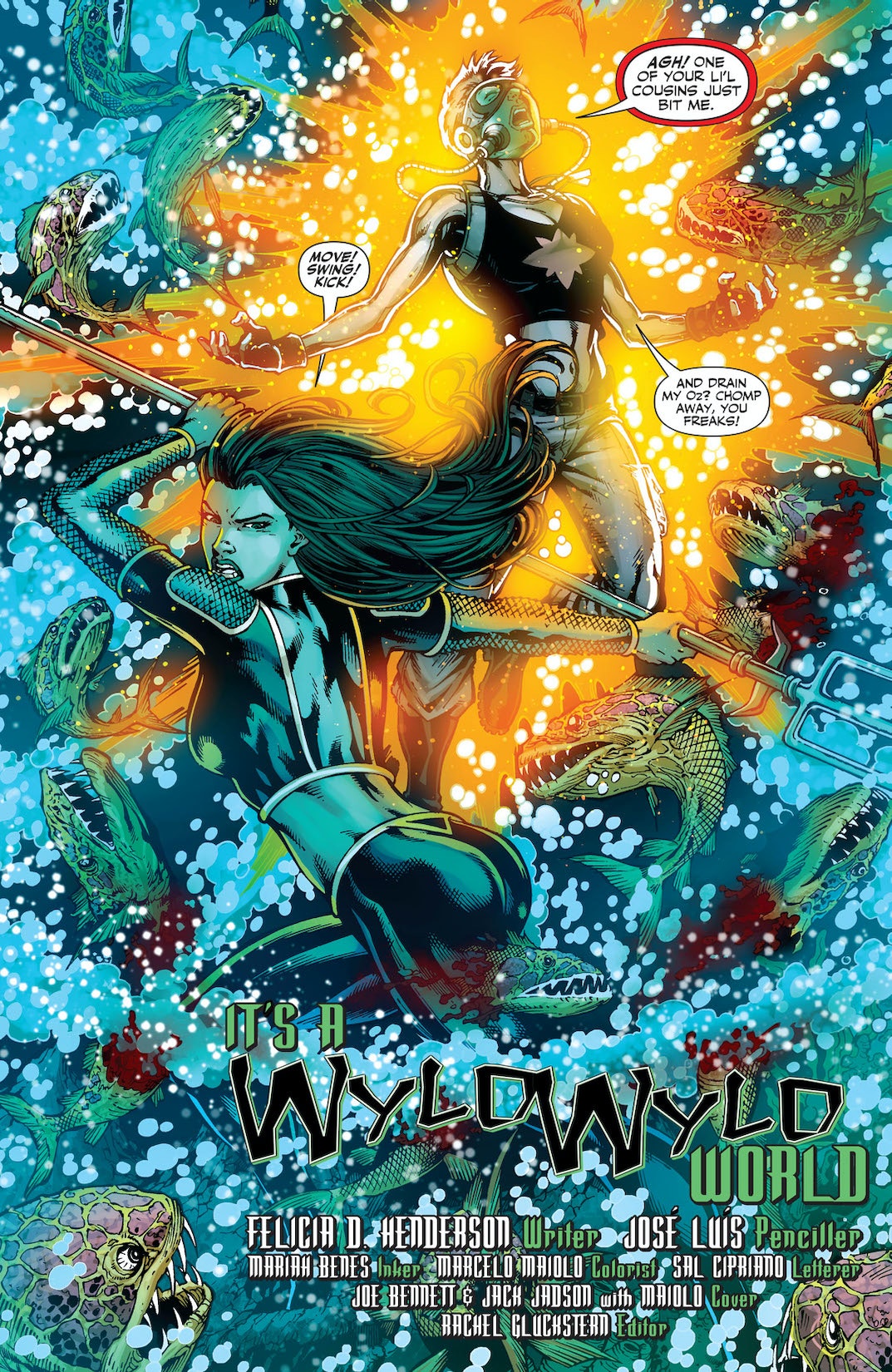 The Teen Titans are now a team divided! One side is stranded on a dead planet, the other thousands of leagues below the sea. But both are in serious danger in 'The Hunt for Raven' part 2! And in the backup co-feature, Traci 13, Zach Zatara and Black Alice wake up in a world where their greatest wishes have come true.