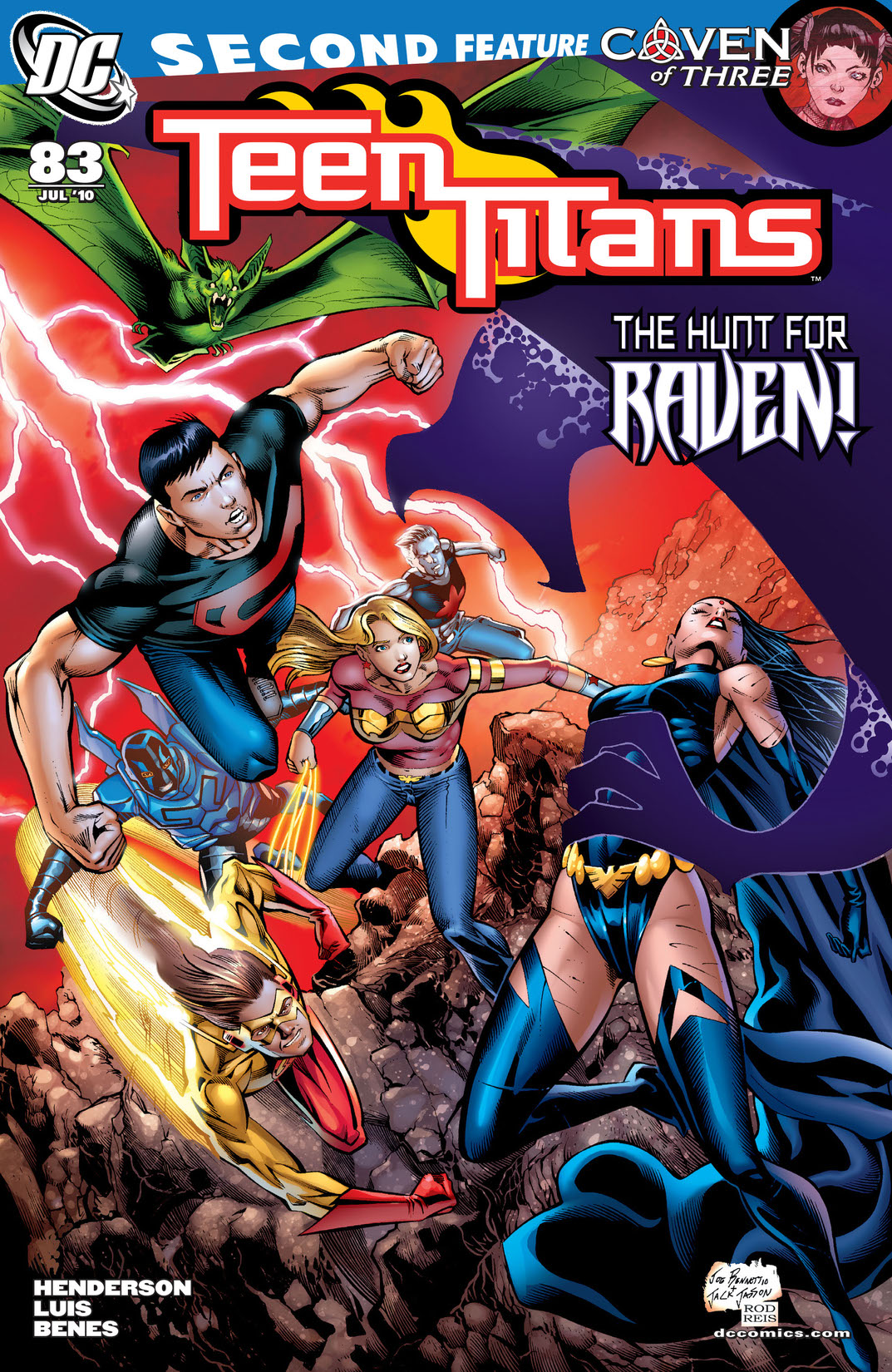 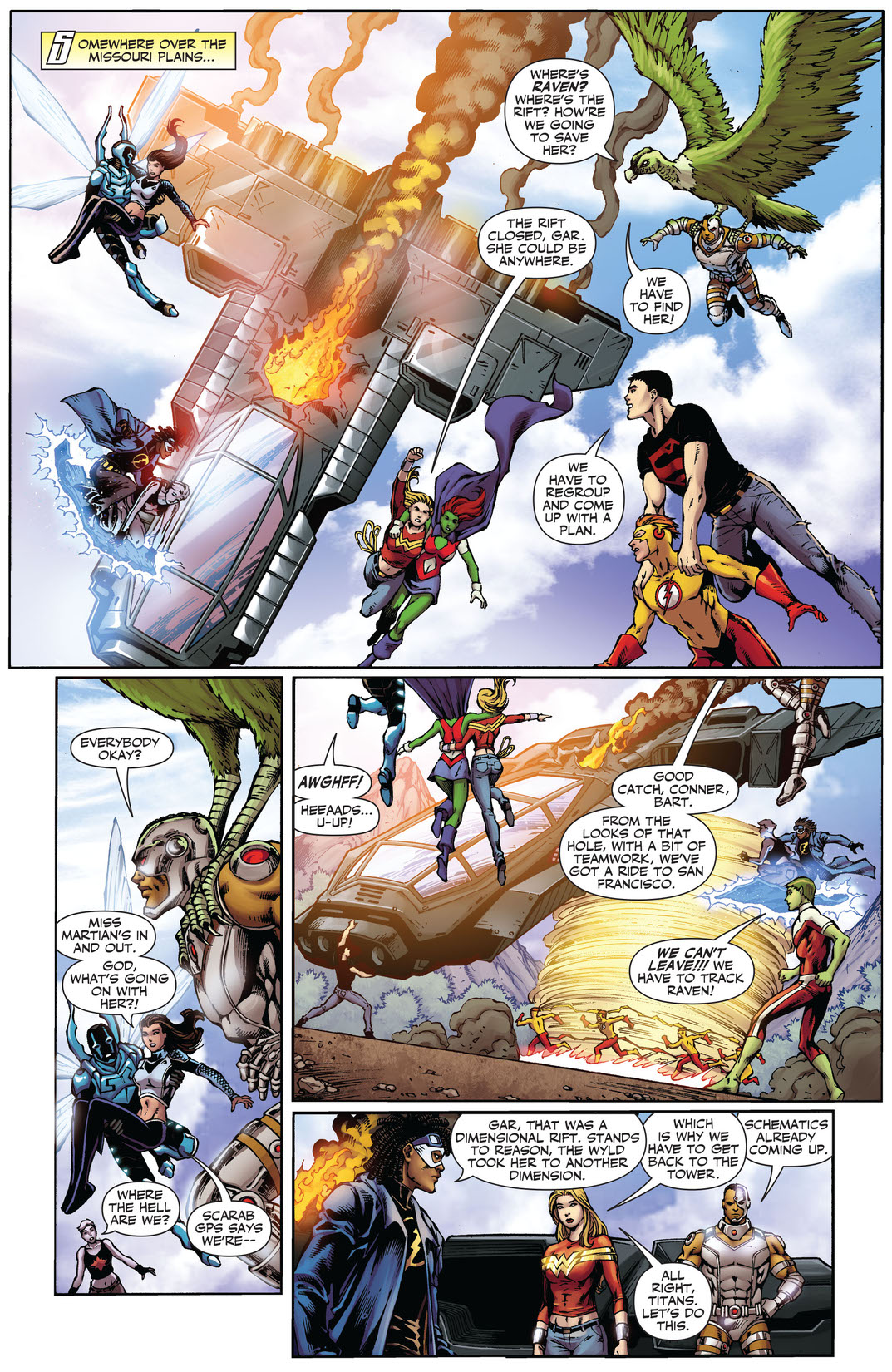 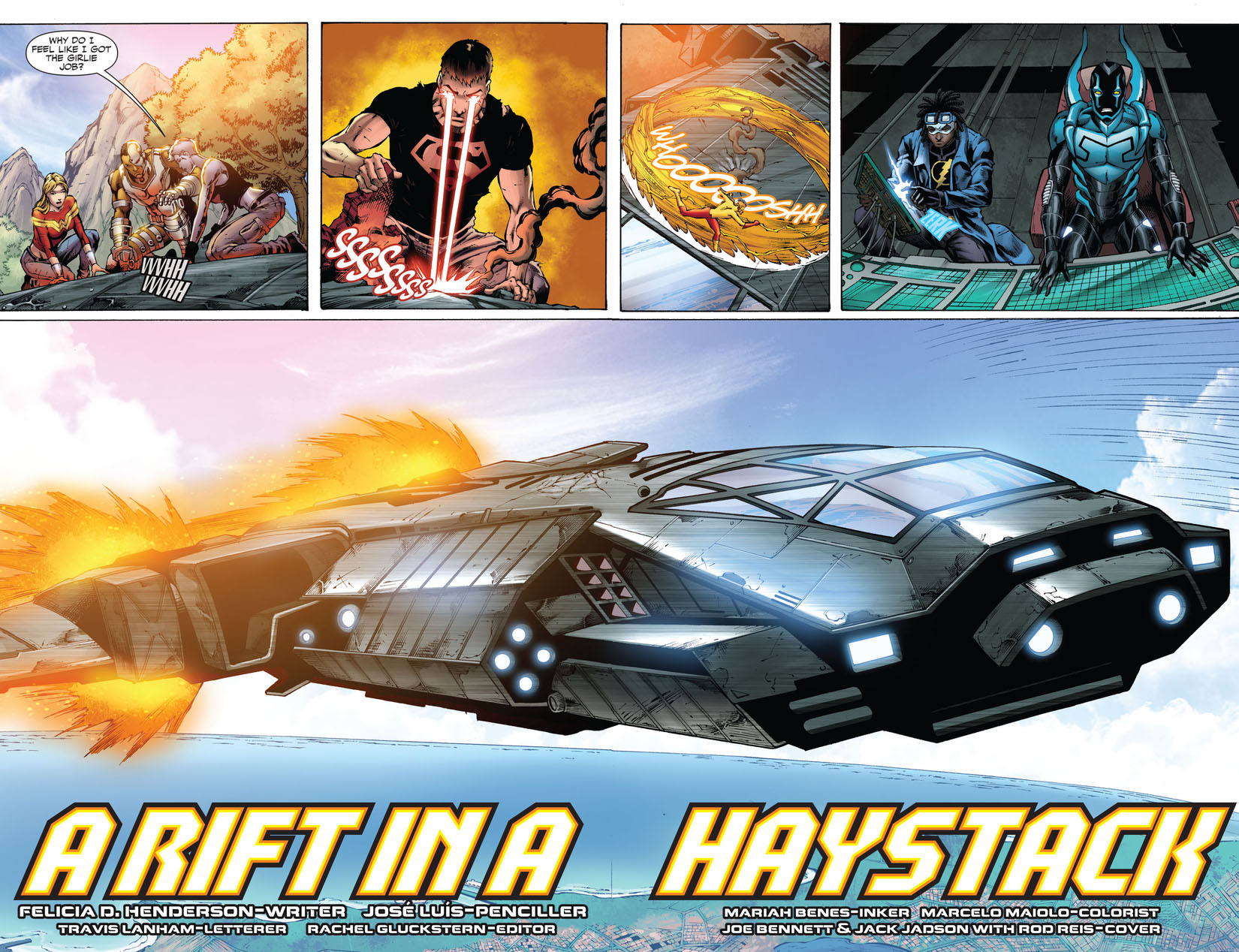 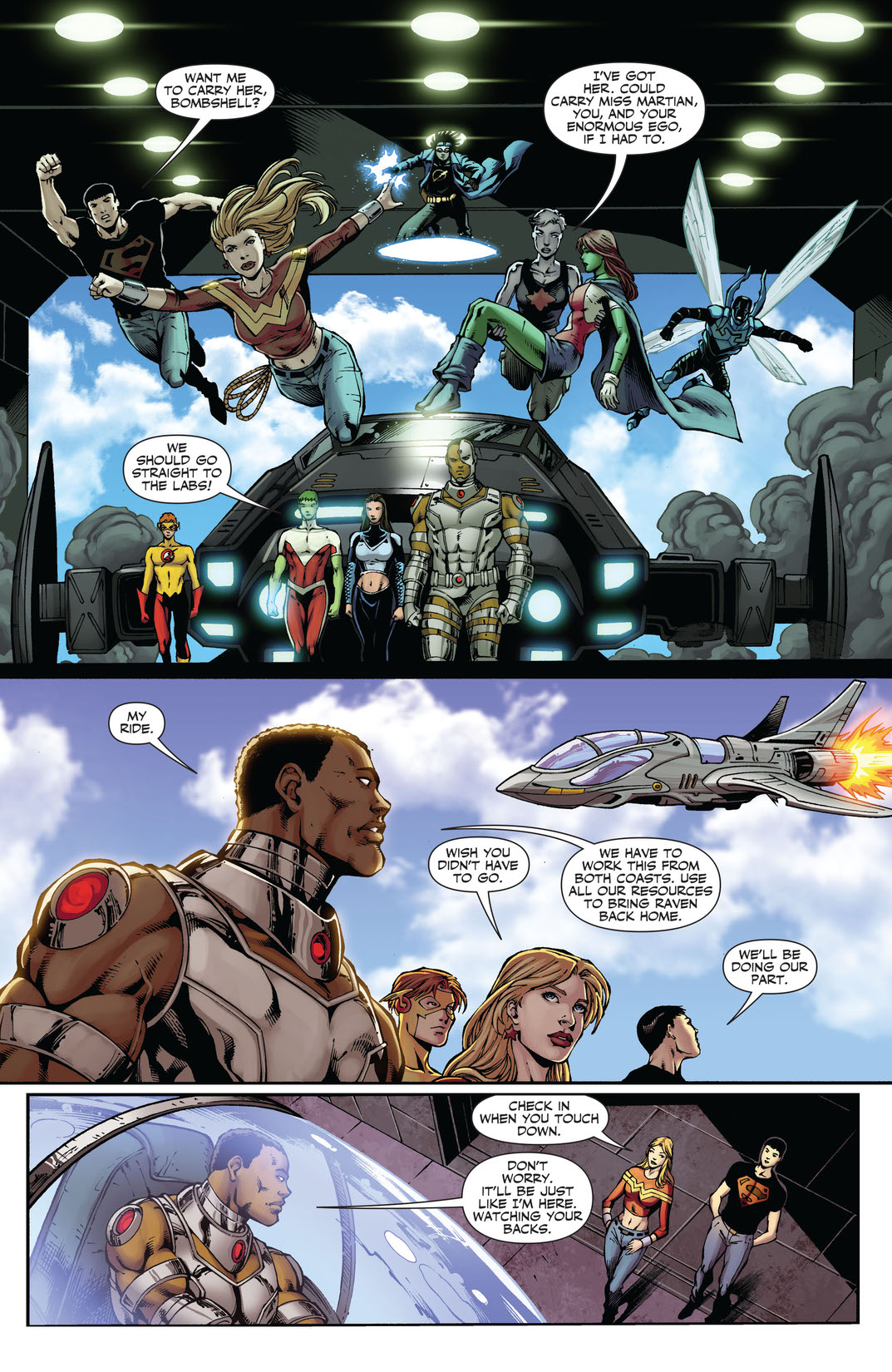 The Hunt for Raven' part 1! The supernatural menace Wyld has returned stronger, meaner and now in possession of the one hero who could stop him! Will the addition of Superboy and Kid Flash to the Teen Titans' ranks be enough to beat back the darkness? Plus, Traci 13, Black Alice and Zatara star in their own backup co-feature!