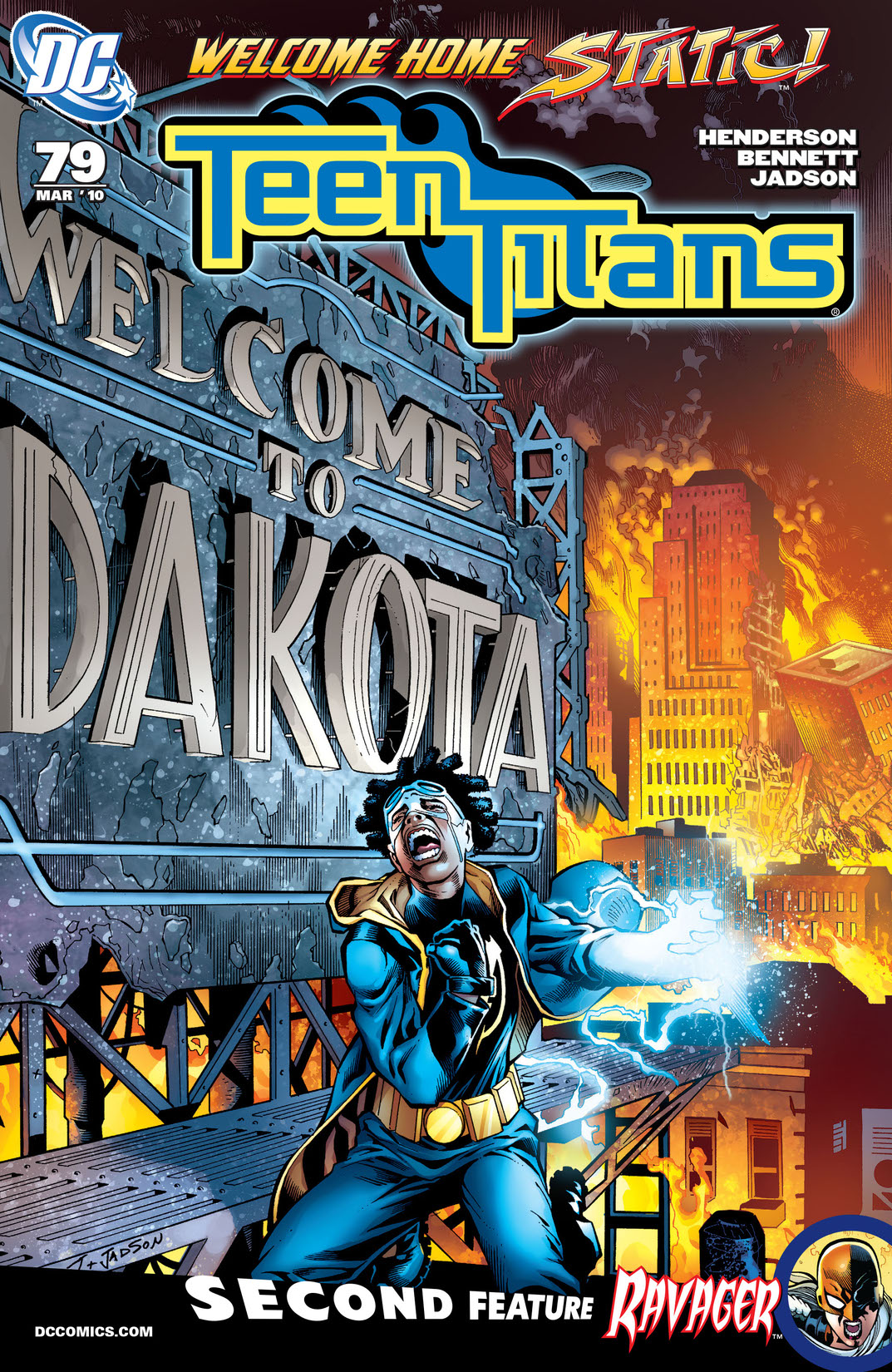 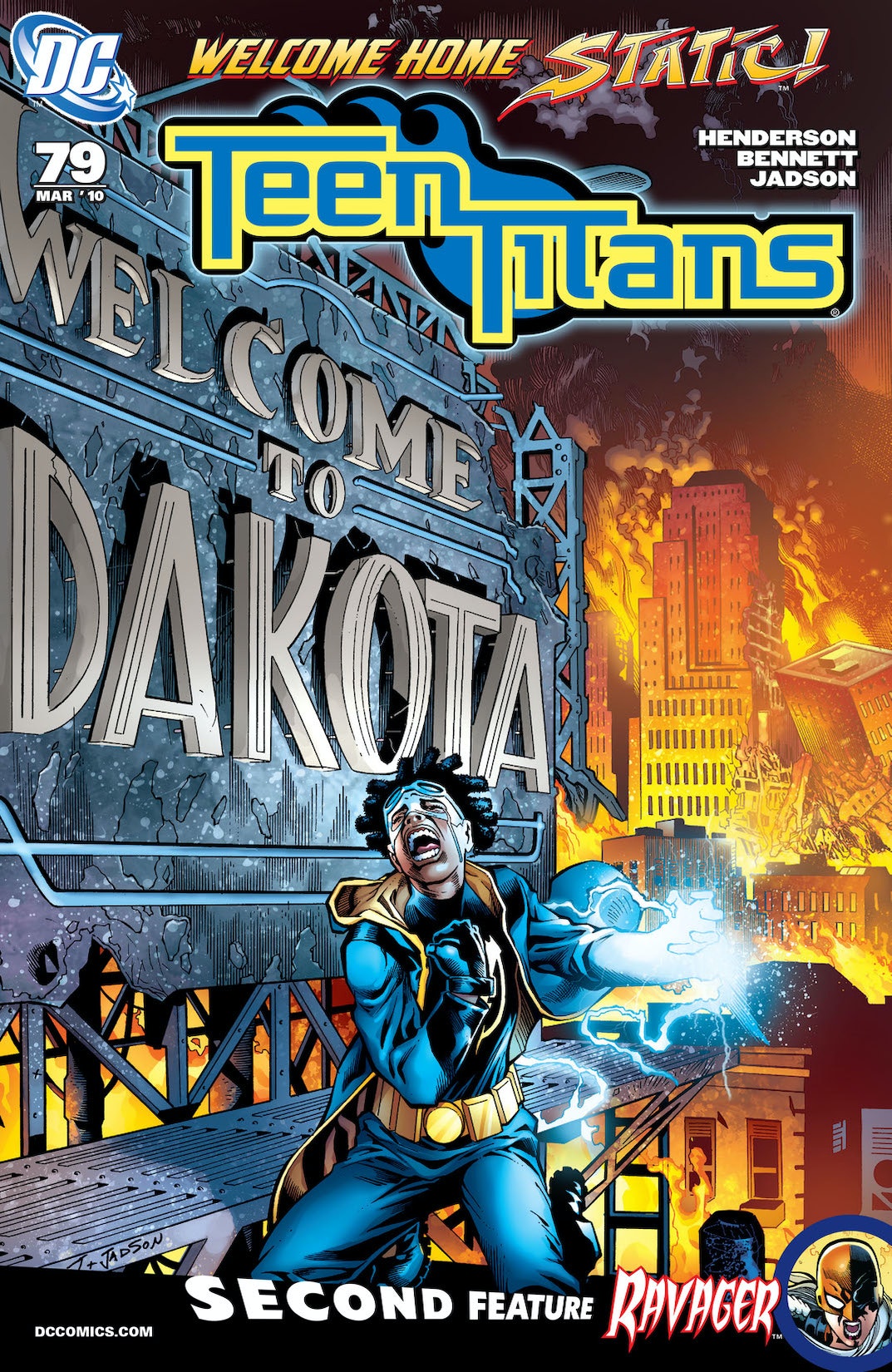 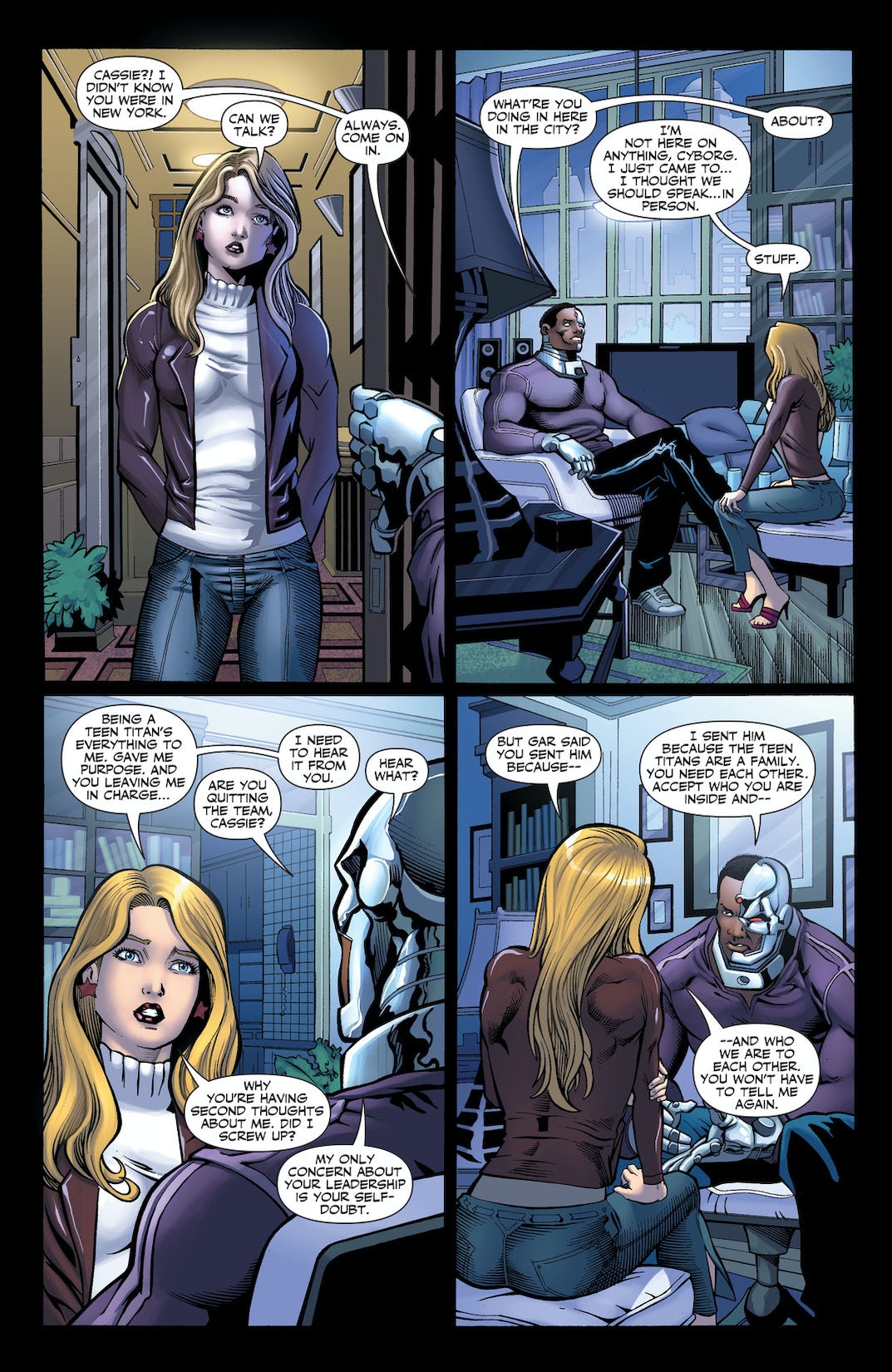 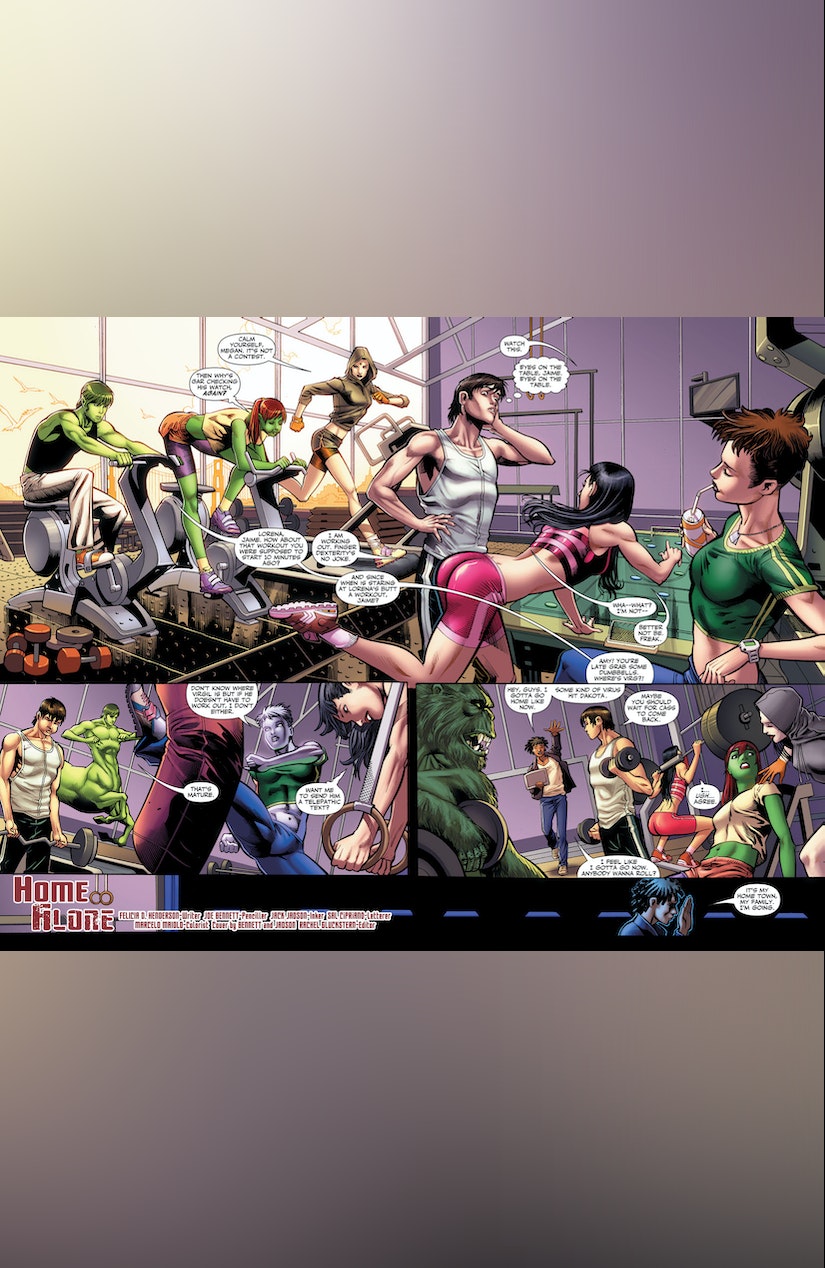 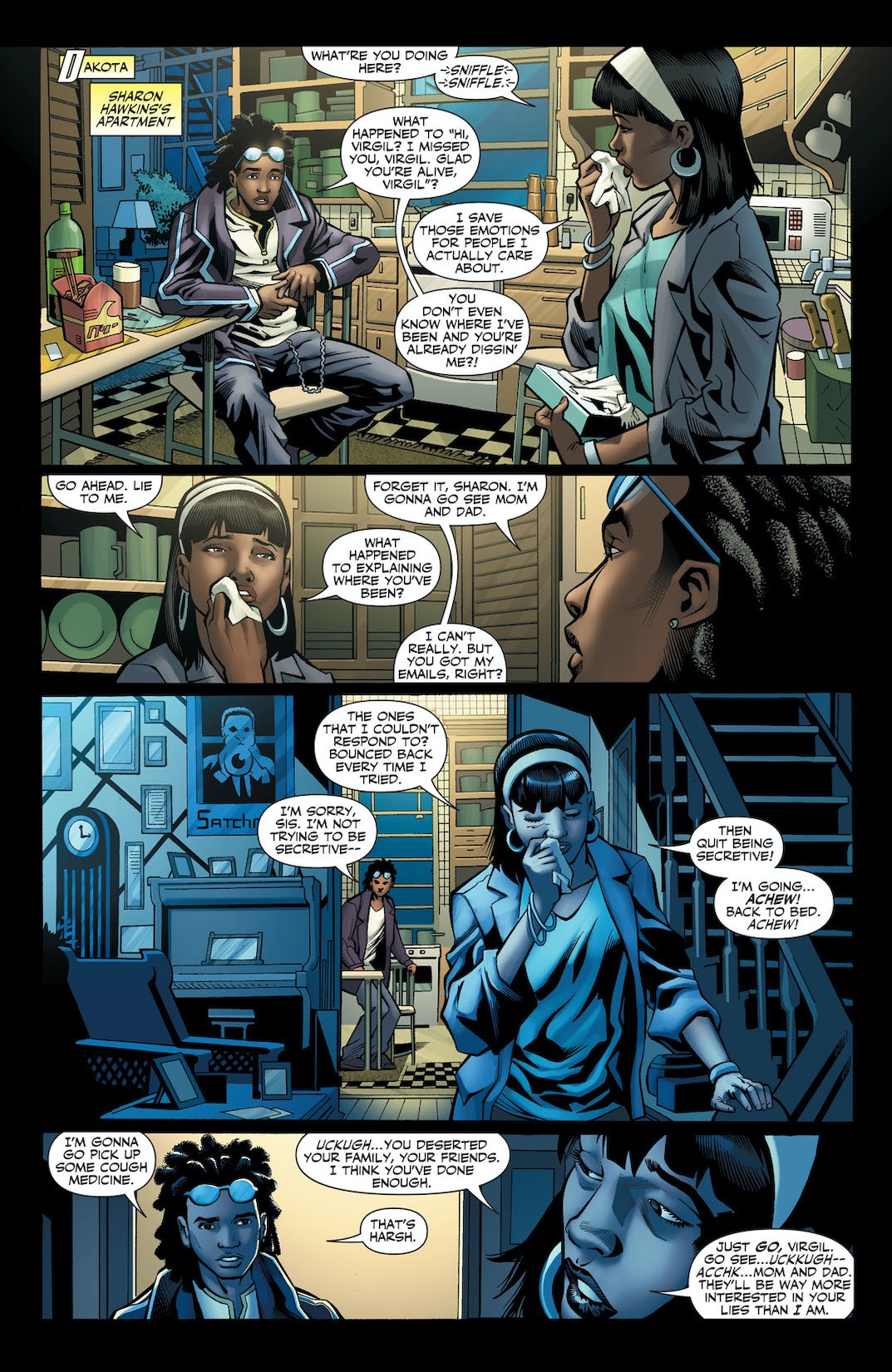 Now that he's had time to acclimate to normal life since the TERROR TITANS miniseries, Static makes the choice to go home and tell his family that he's alive. And he's bringing his Teen Titans teammates with him. Let's hope they can survive the rough streets of Dakota!