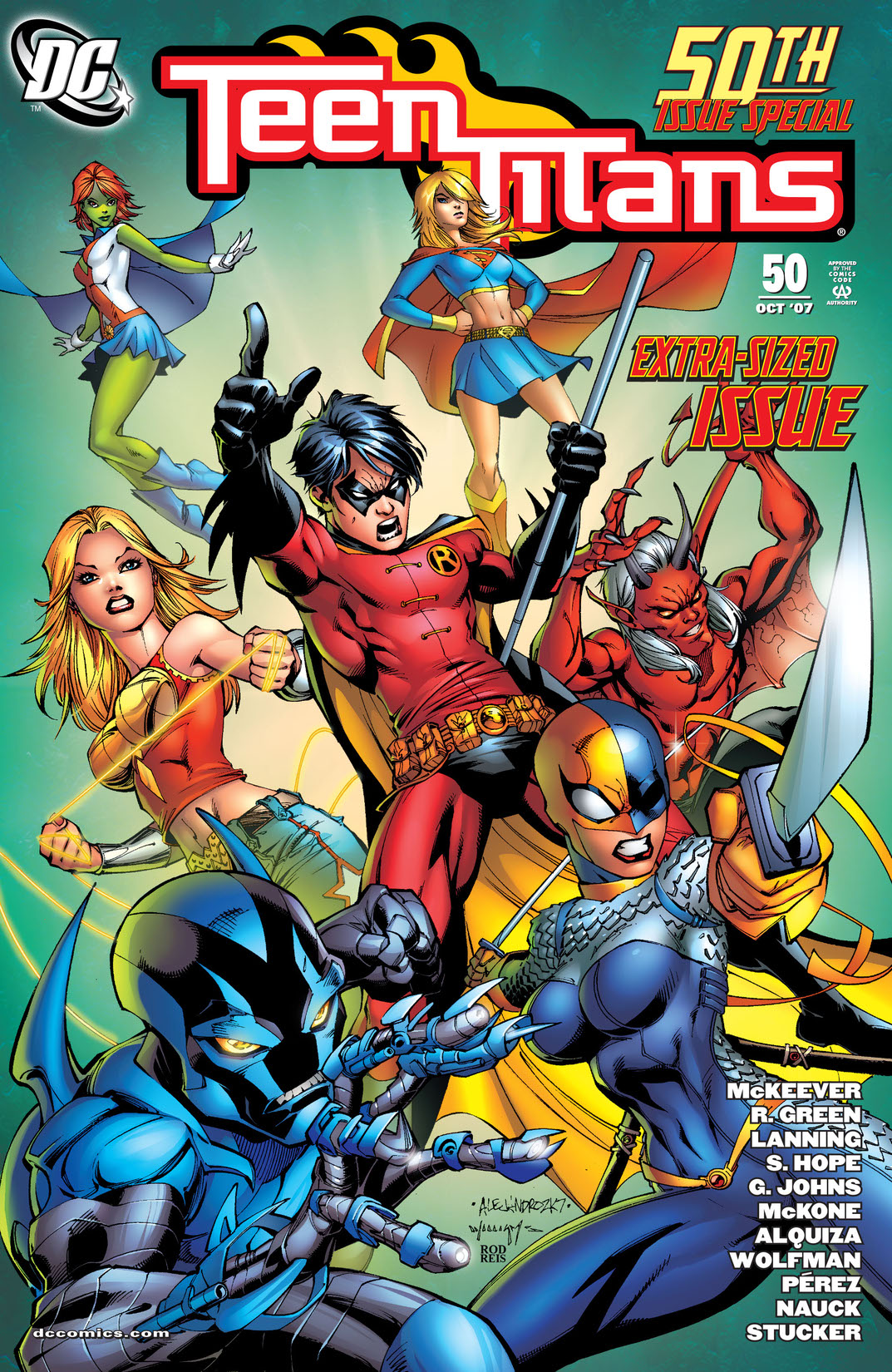 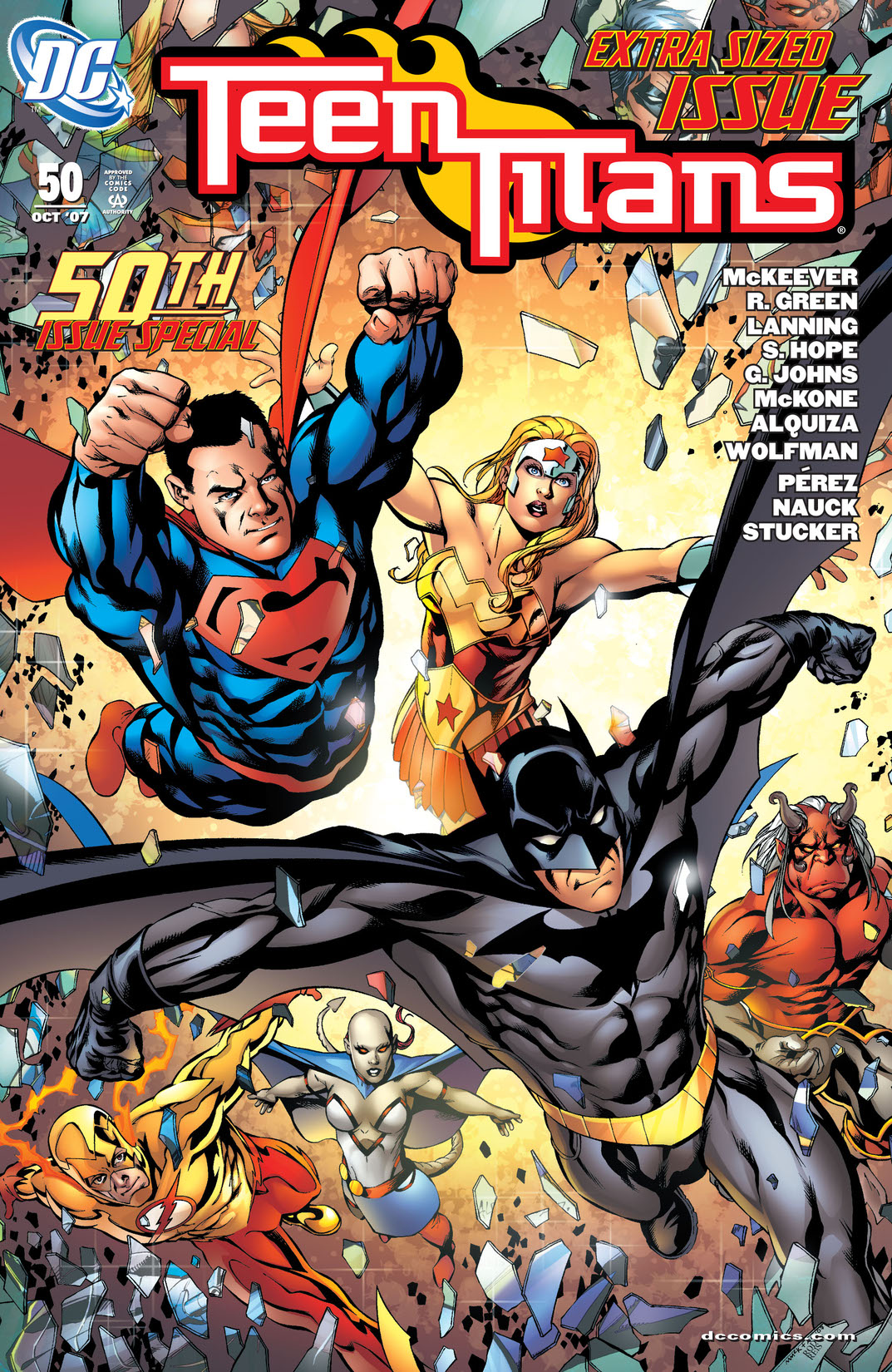 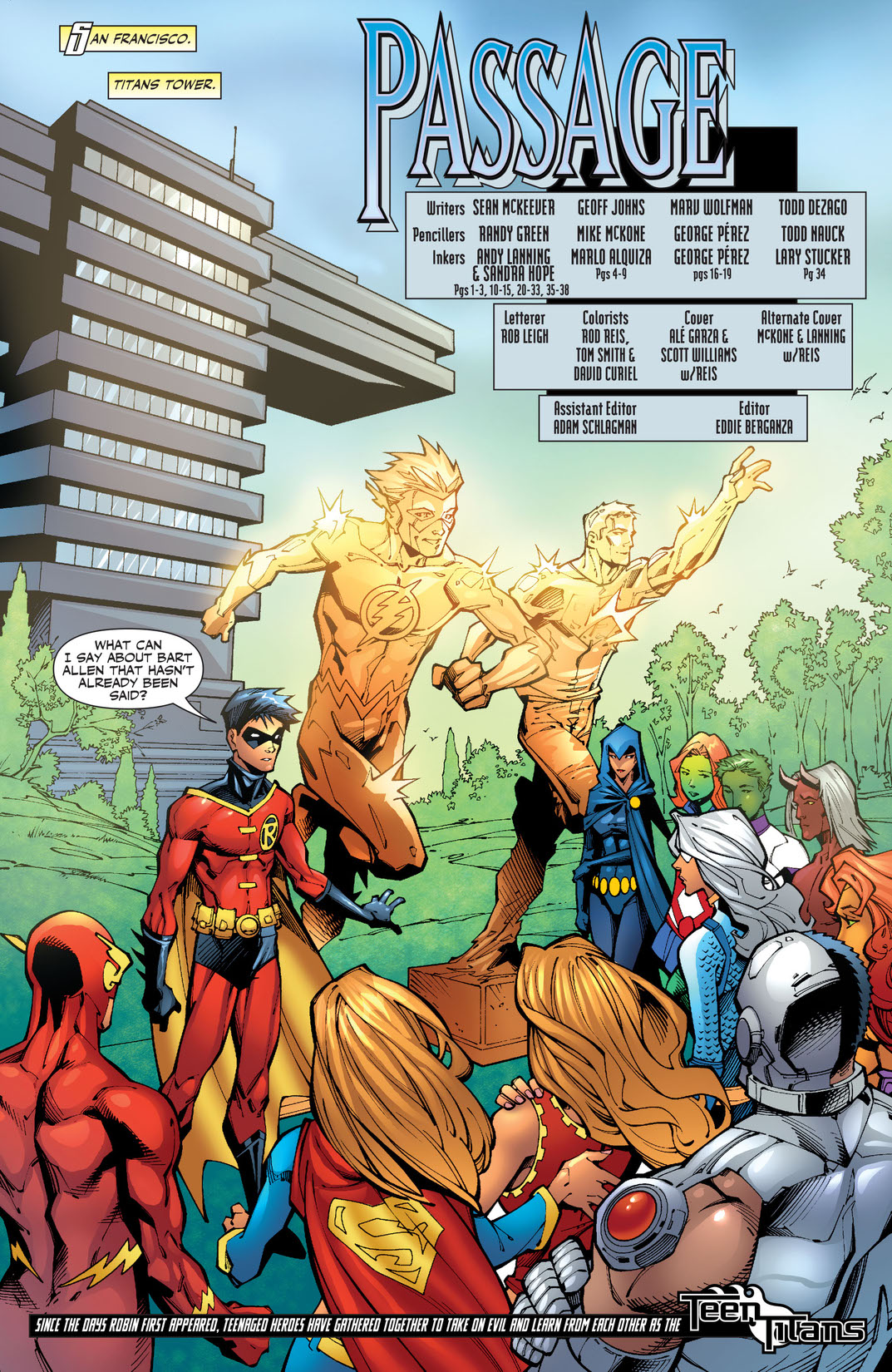 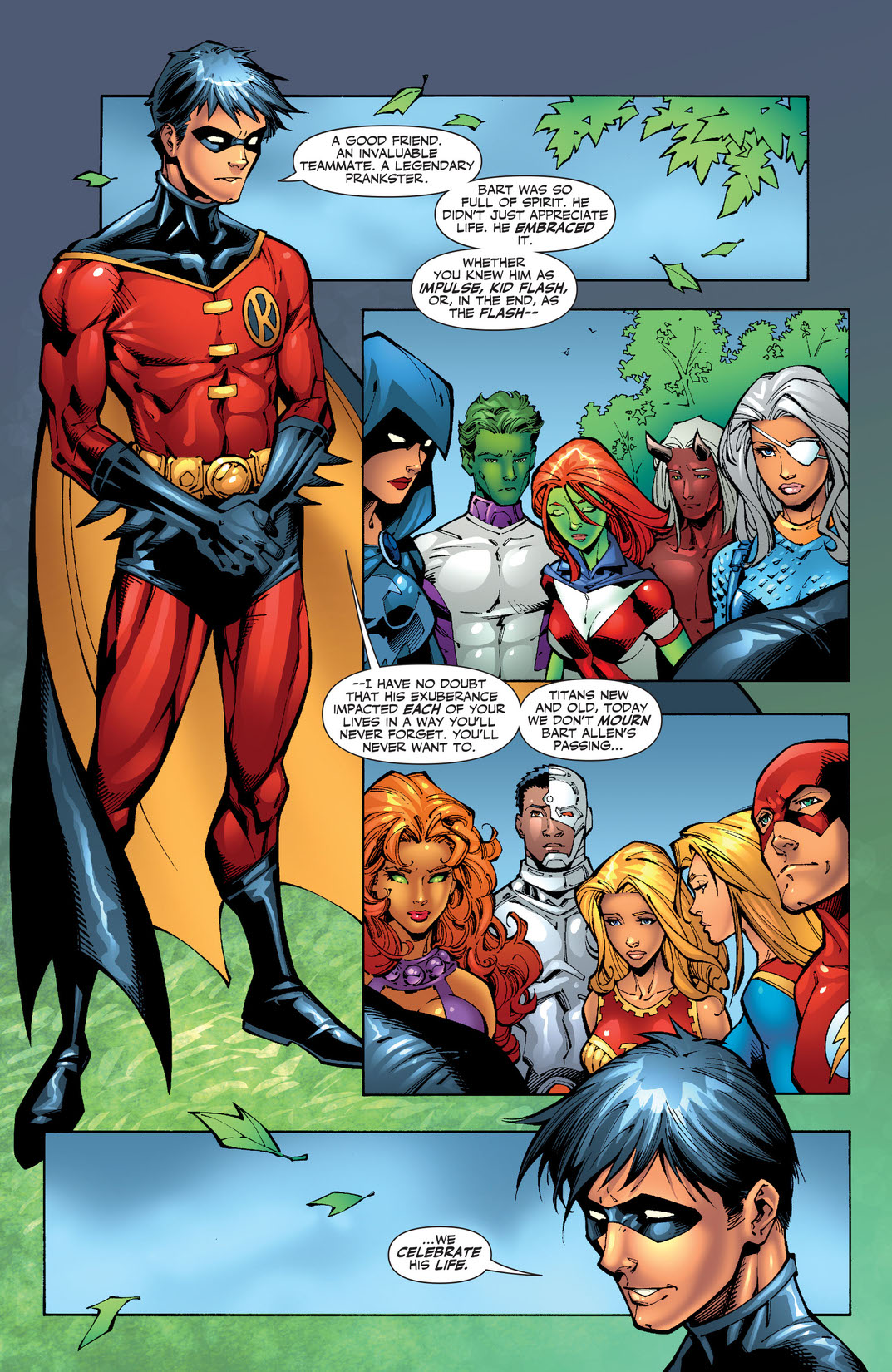 Anniversary issue reuniting Marv Wolfman and George Perez for their first new Titans adventure after years away, and also featuring a story by Geoff Johns and Mike McKone—the creators who launched this title! It all begins when the Titans bury another friend and ends with a deadly, familiar threat as well as an addition to the team.