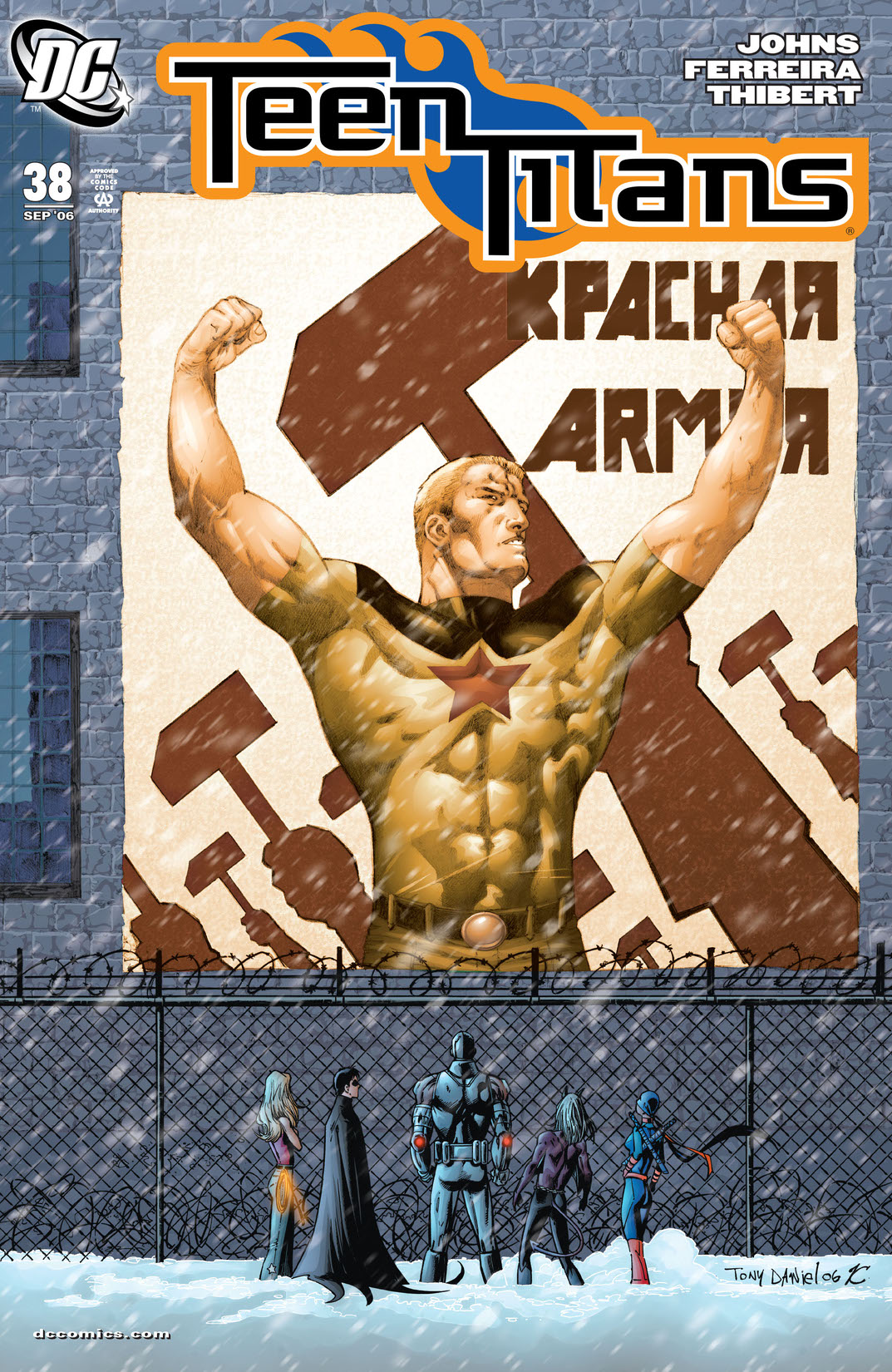 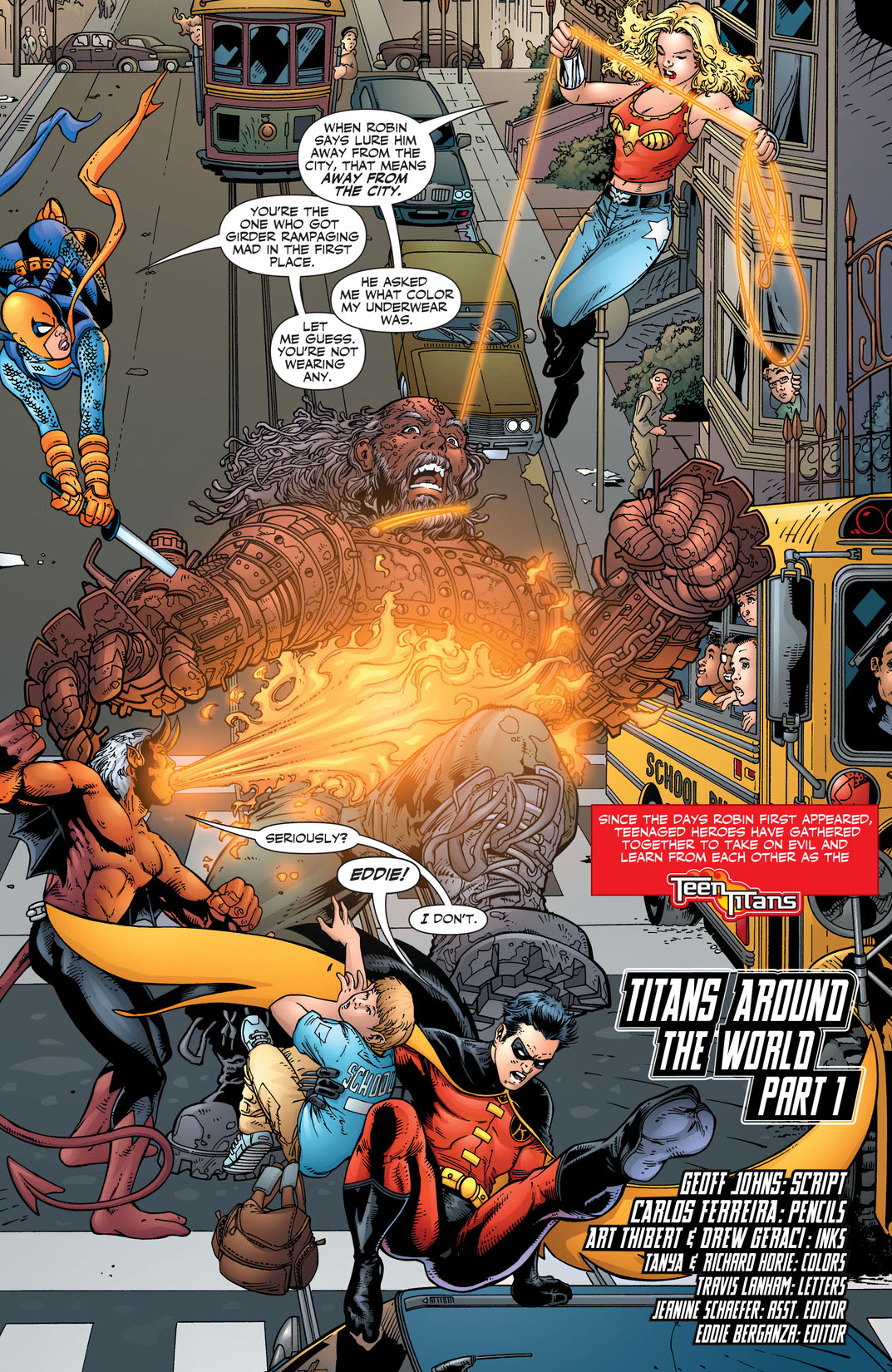 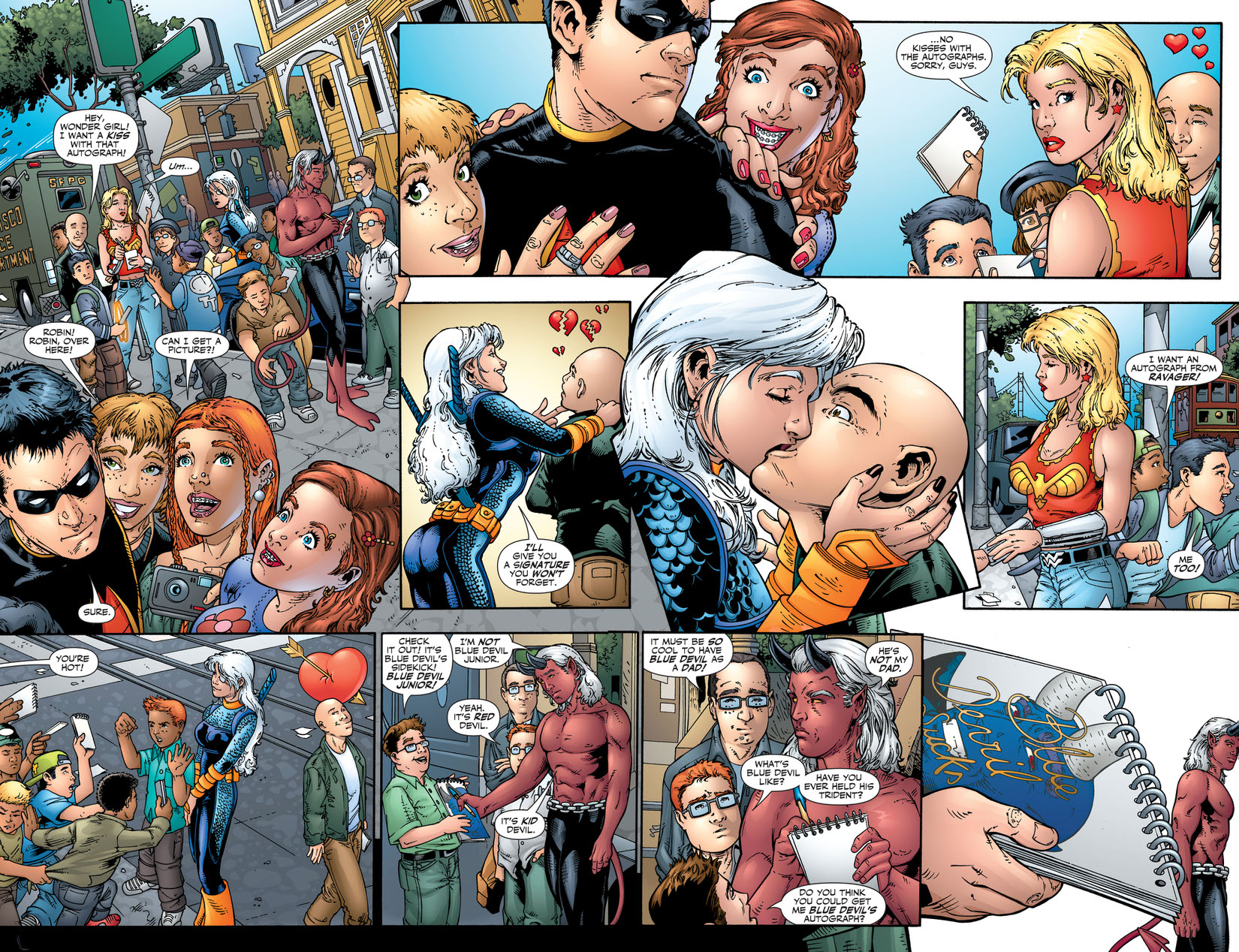 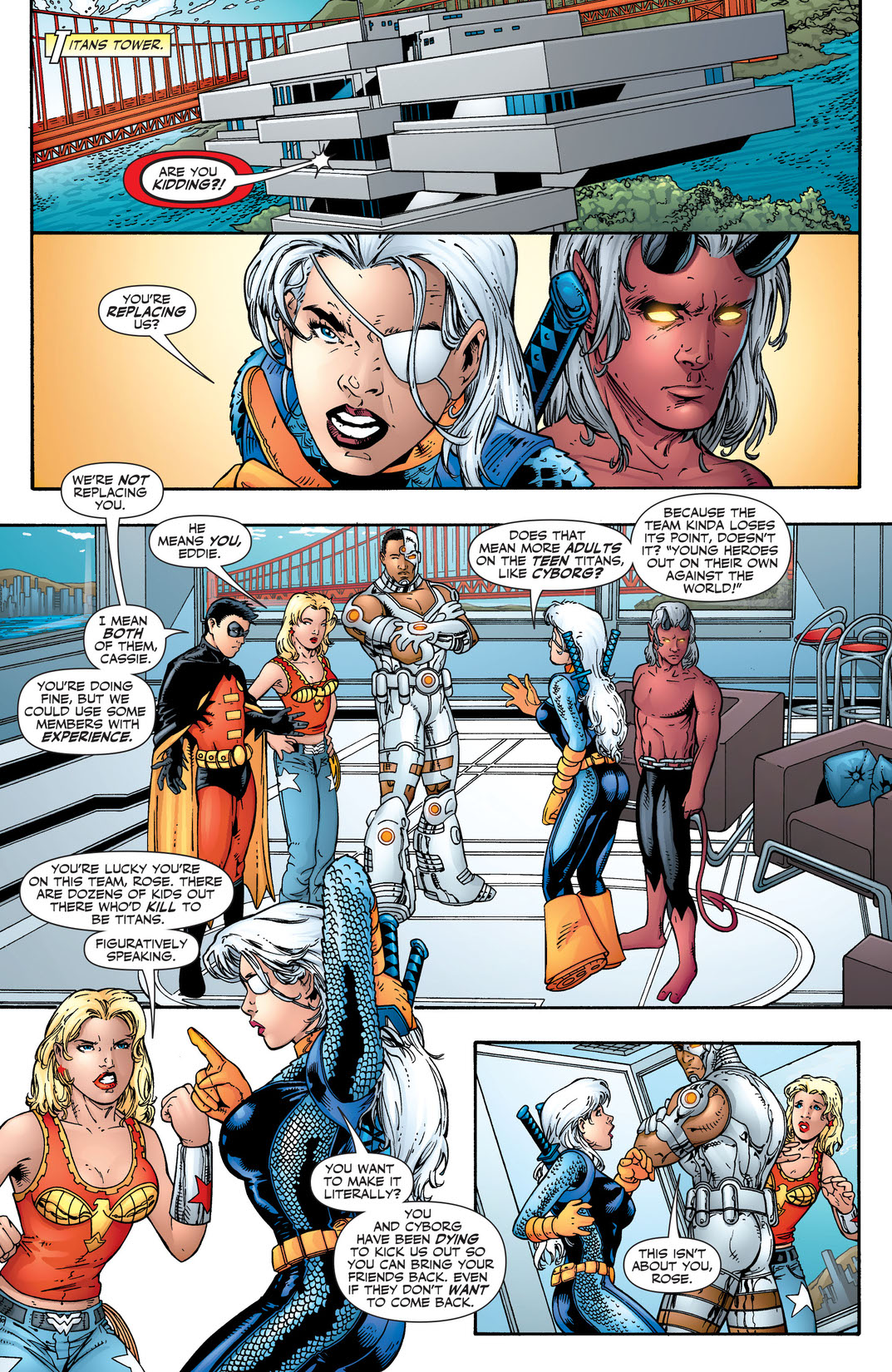 Titans Around the World' part 1! The Teen Titans journey into the heart of Russia to meet its greatest super-hero: Red Star! On a quest to locate a former member, the Titans head to Moscow to learn how Red Star has rebuilt his life following Superboy-Prime's rampage and where they can find their lost friend and ally Raven!