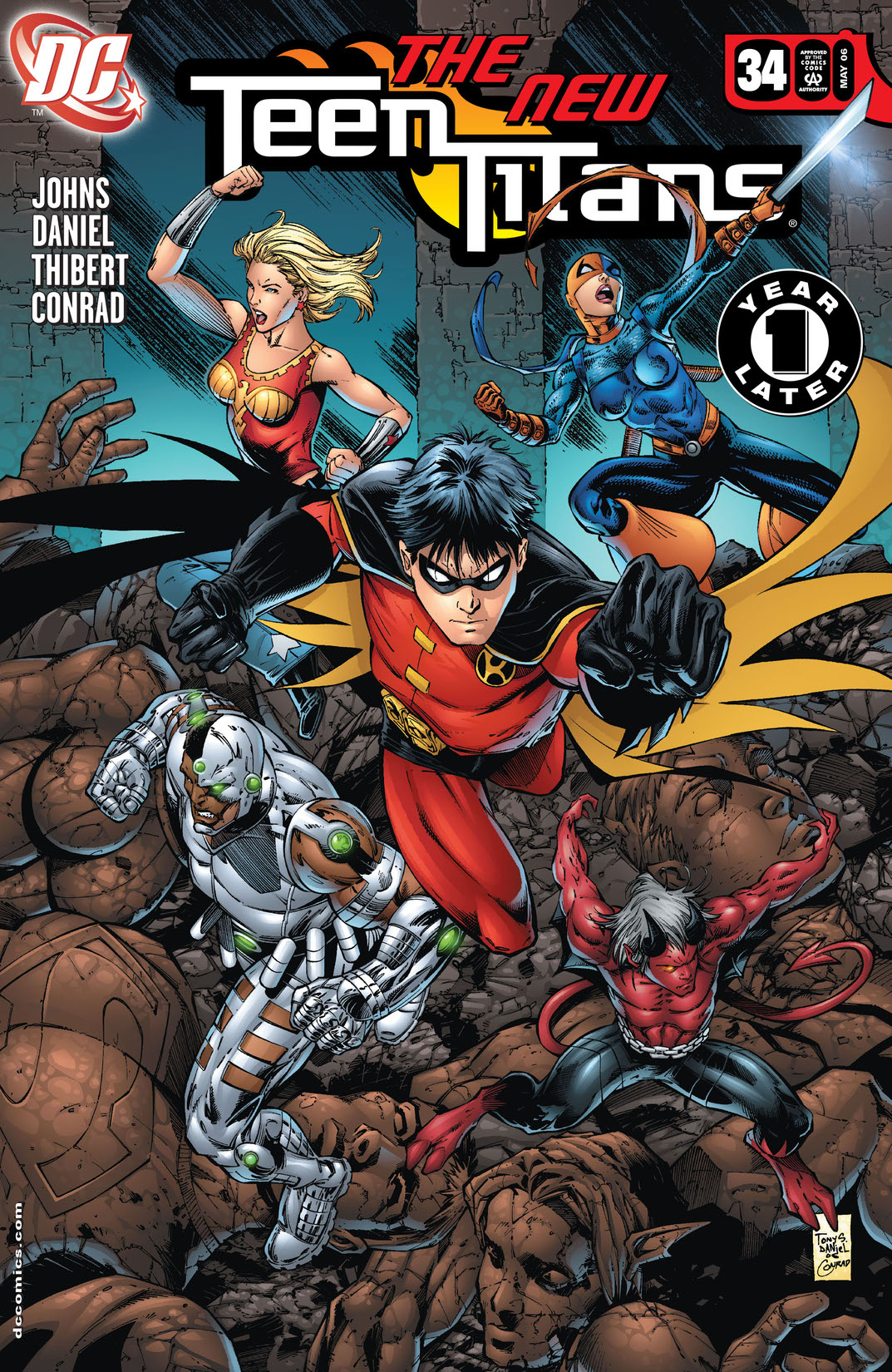 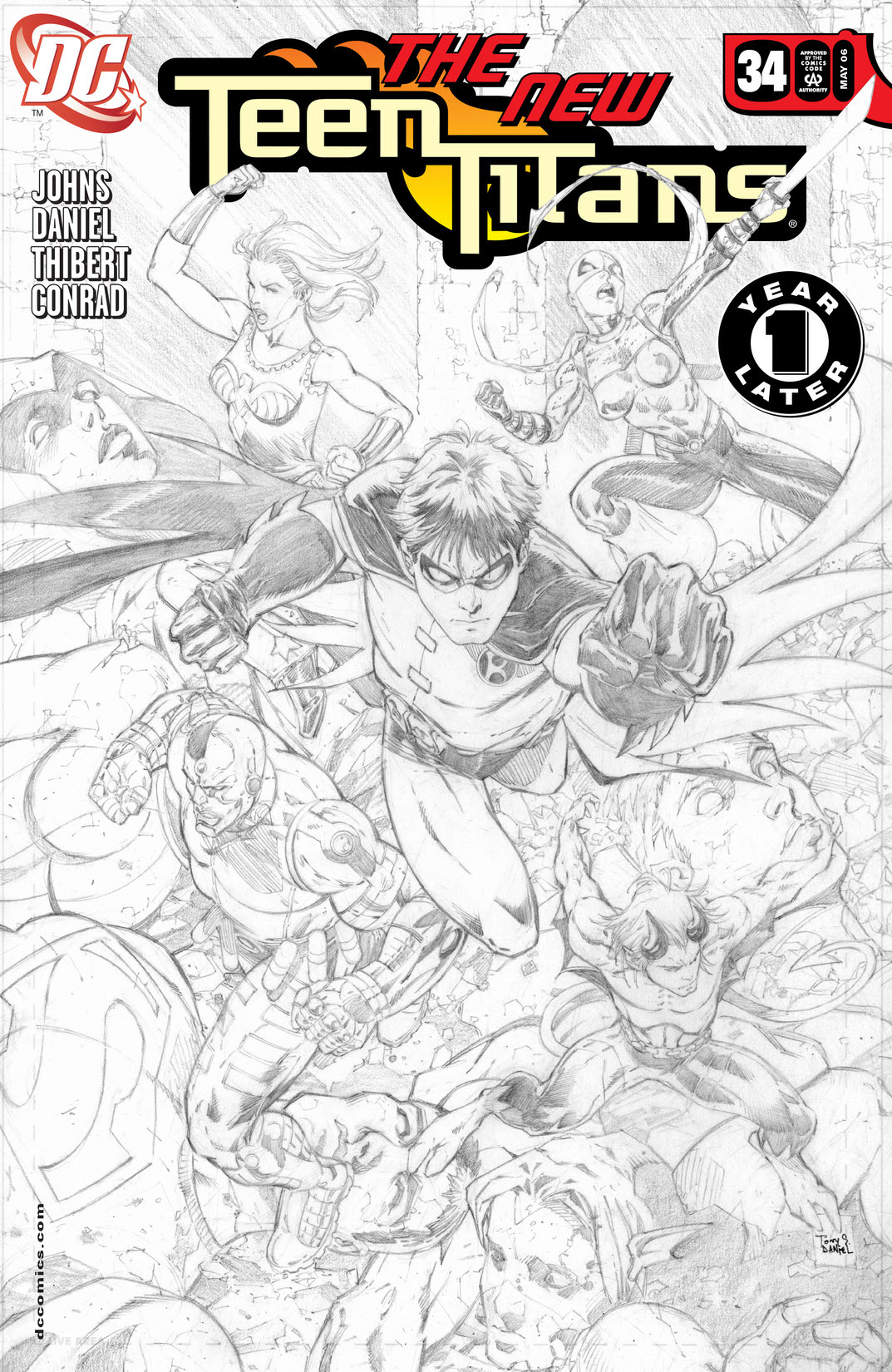 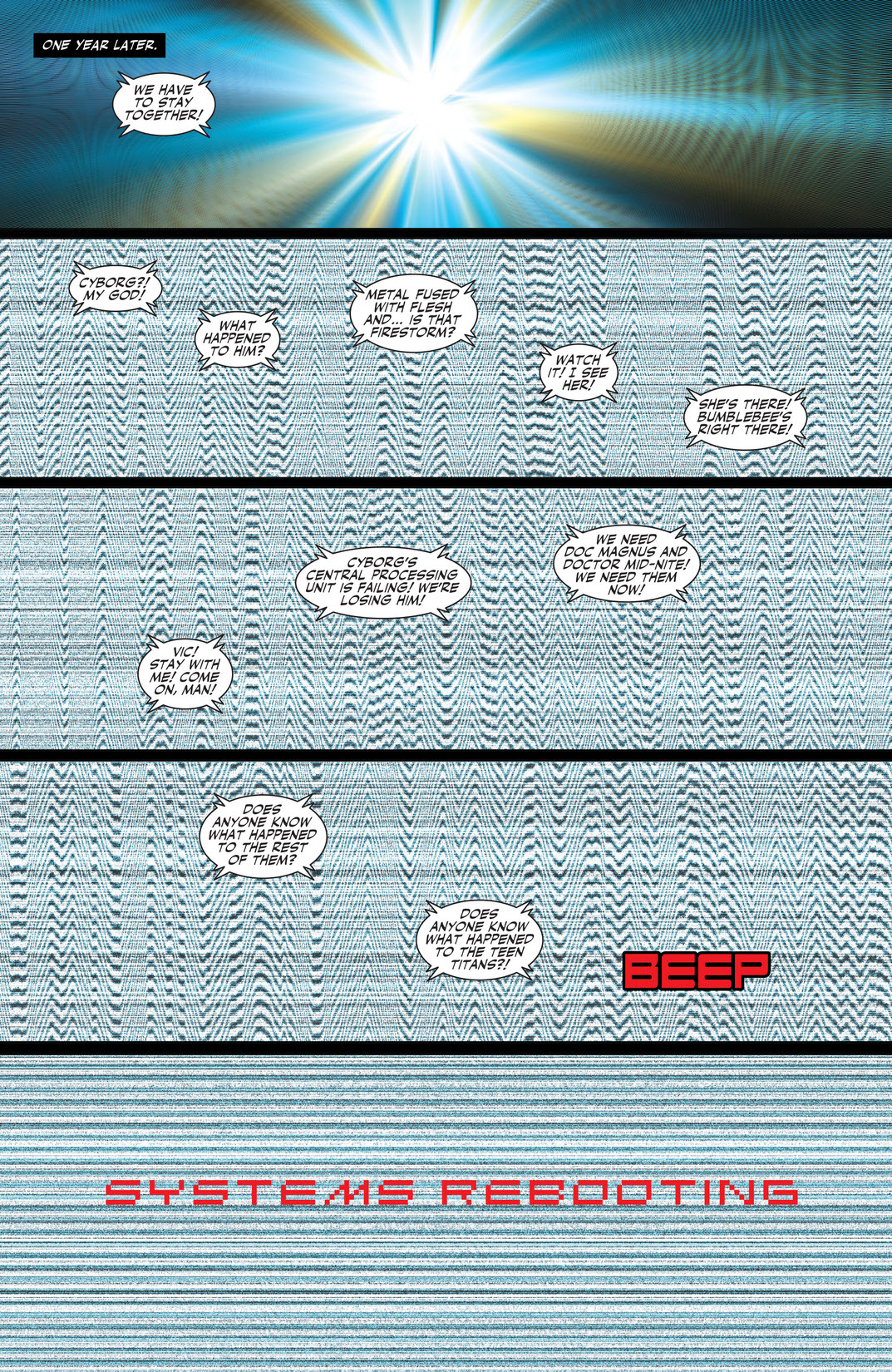 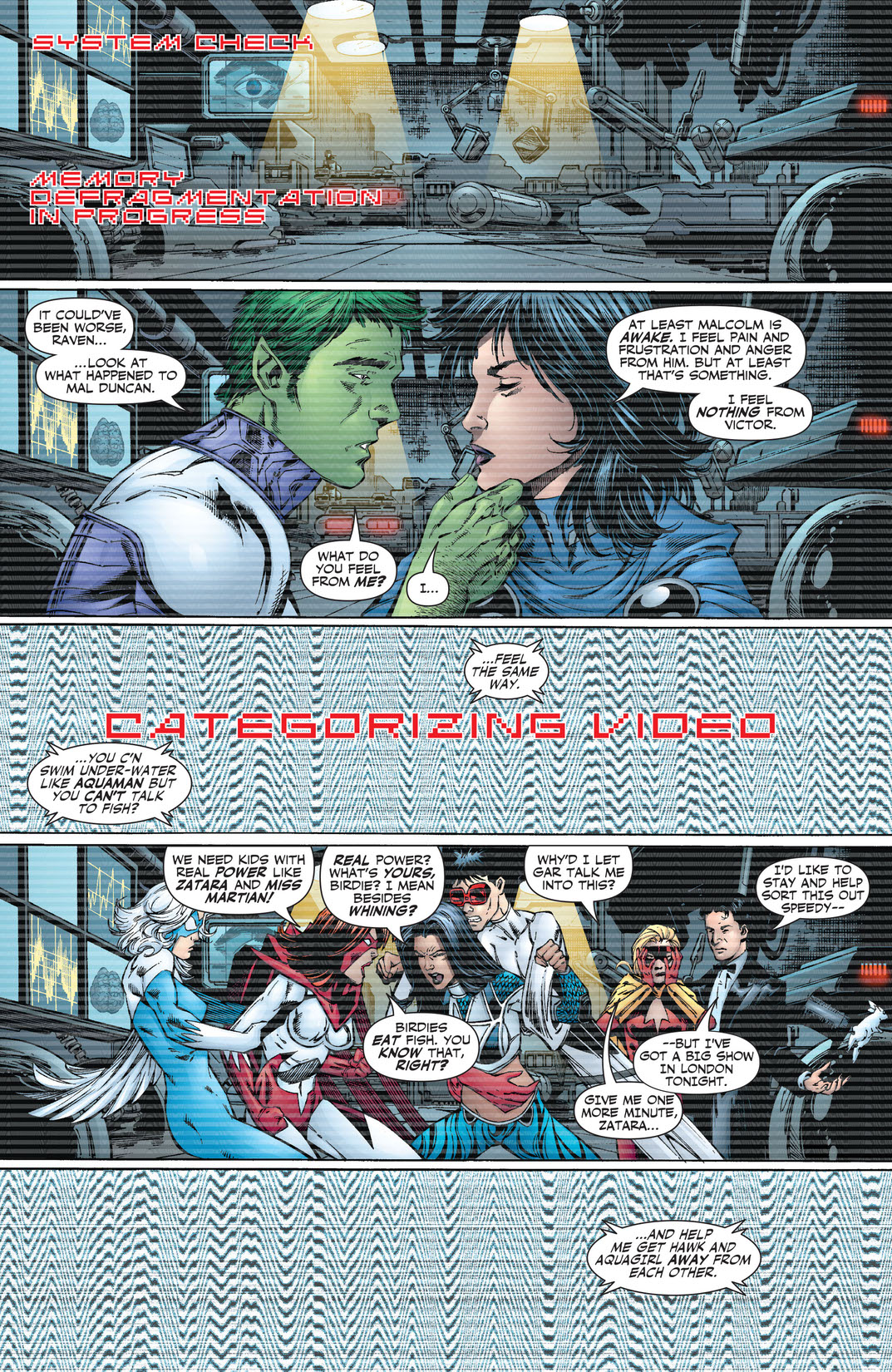 New Teen Titans' part 1 begins 'One Year Later' after the events of INFINITE CRISIS as a new team of Teen Titans has been formed. Robin, Wonder Girl and Cyborg are joined by Ravager and Kid Devil—but there's one more member Robin's looking to bring back into the fold, by any means necessary!