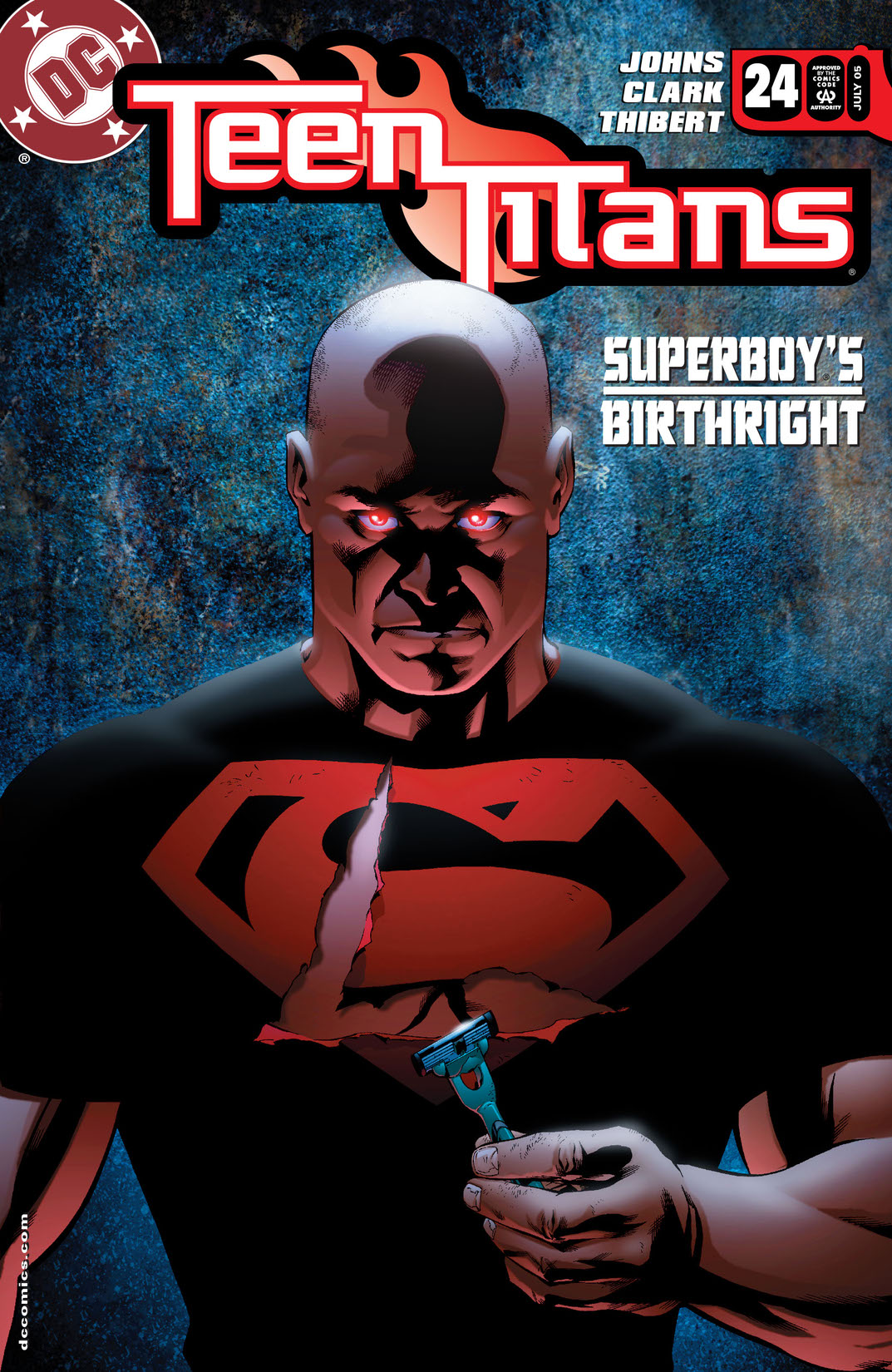 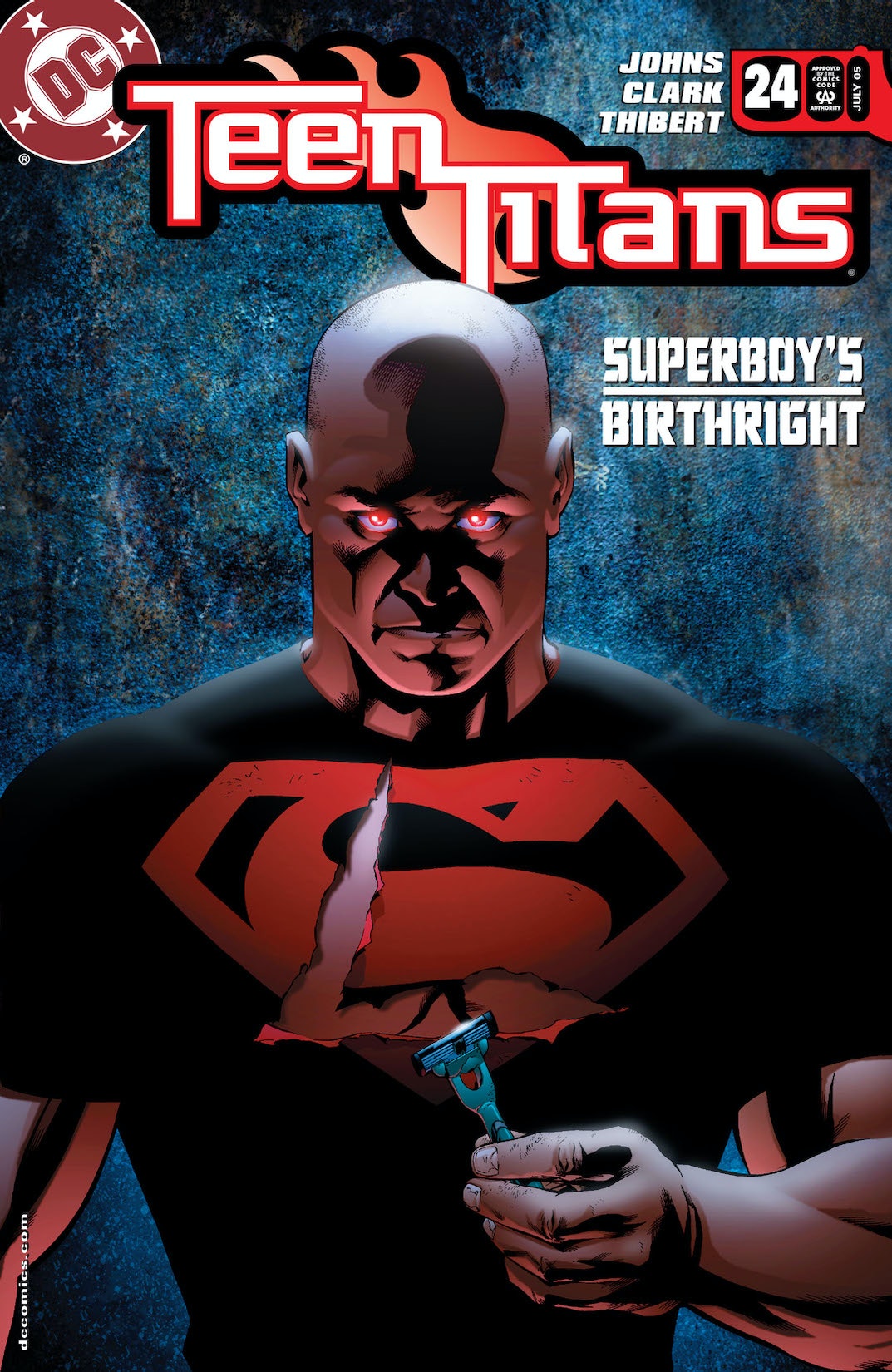 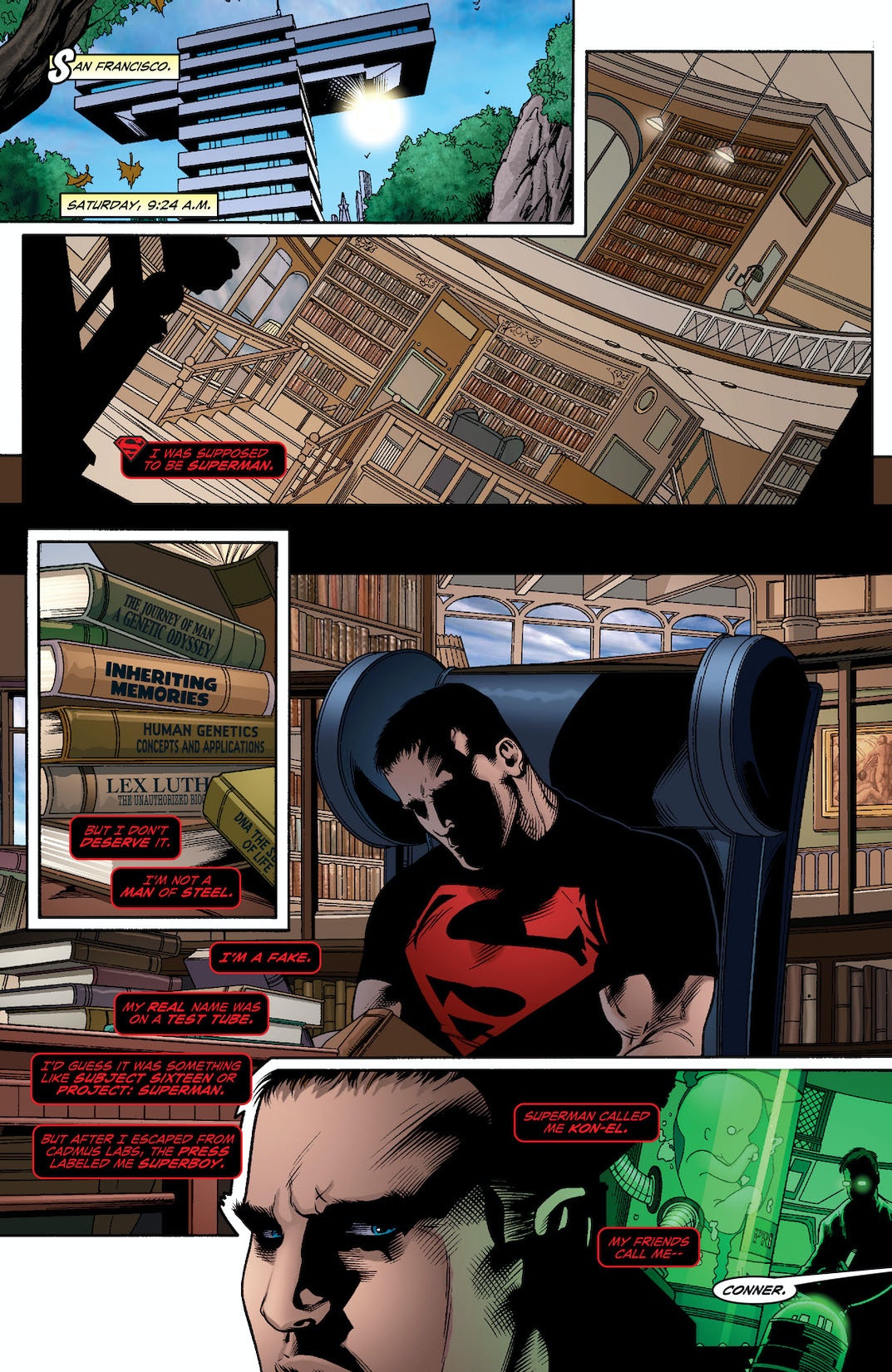 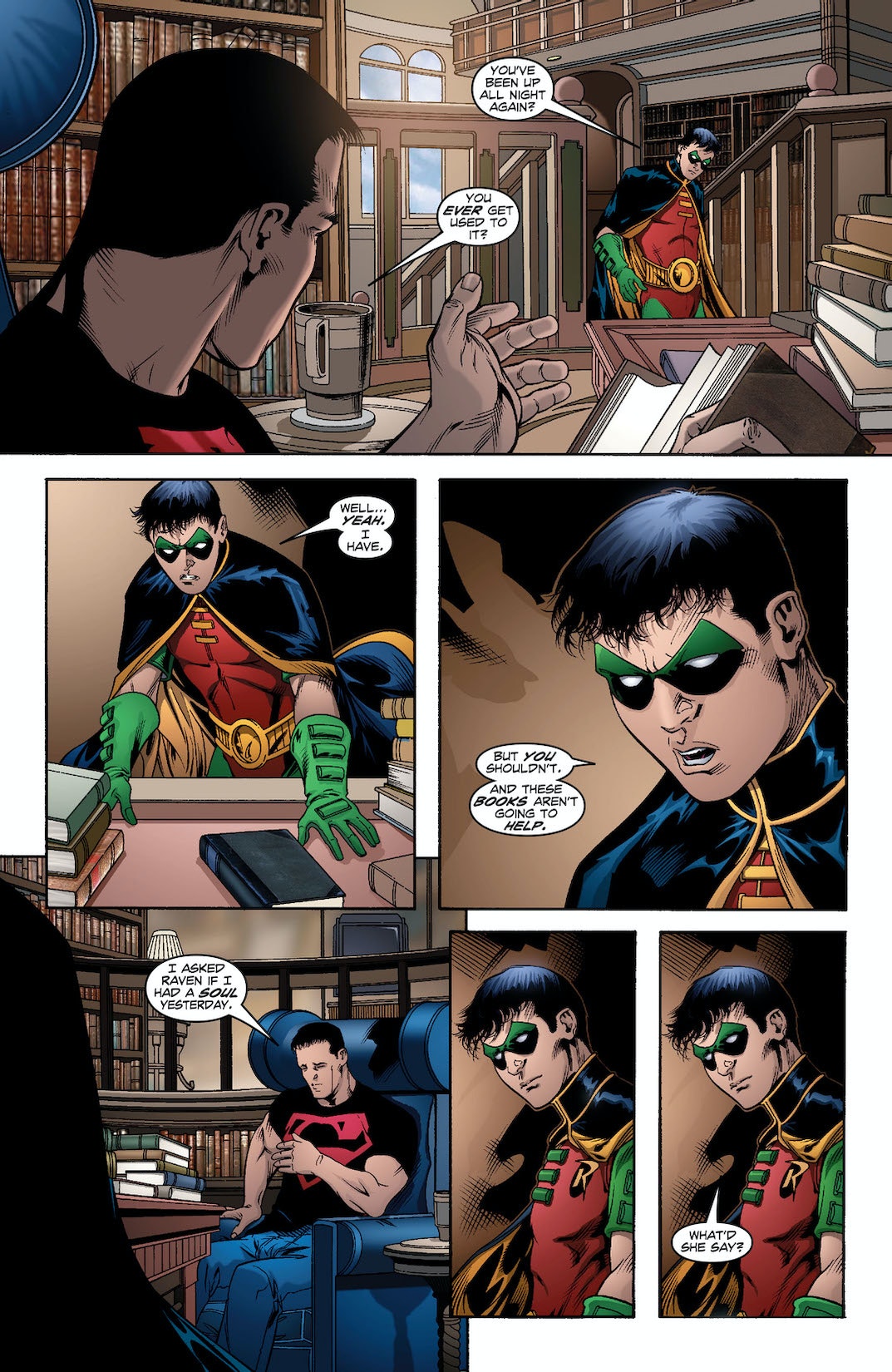 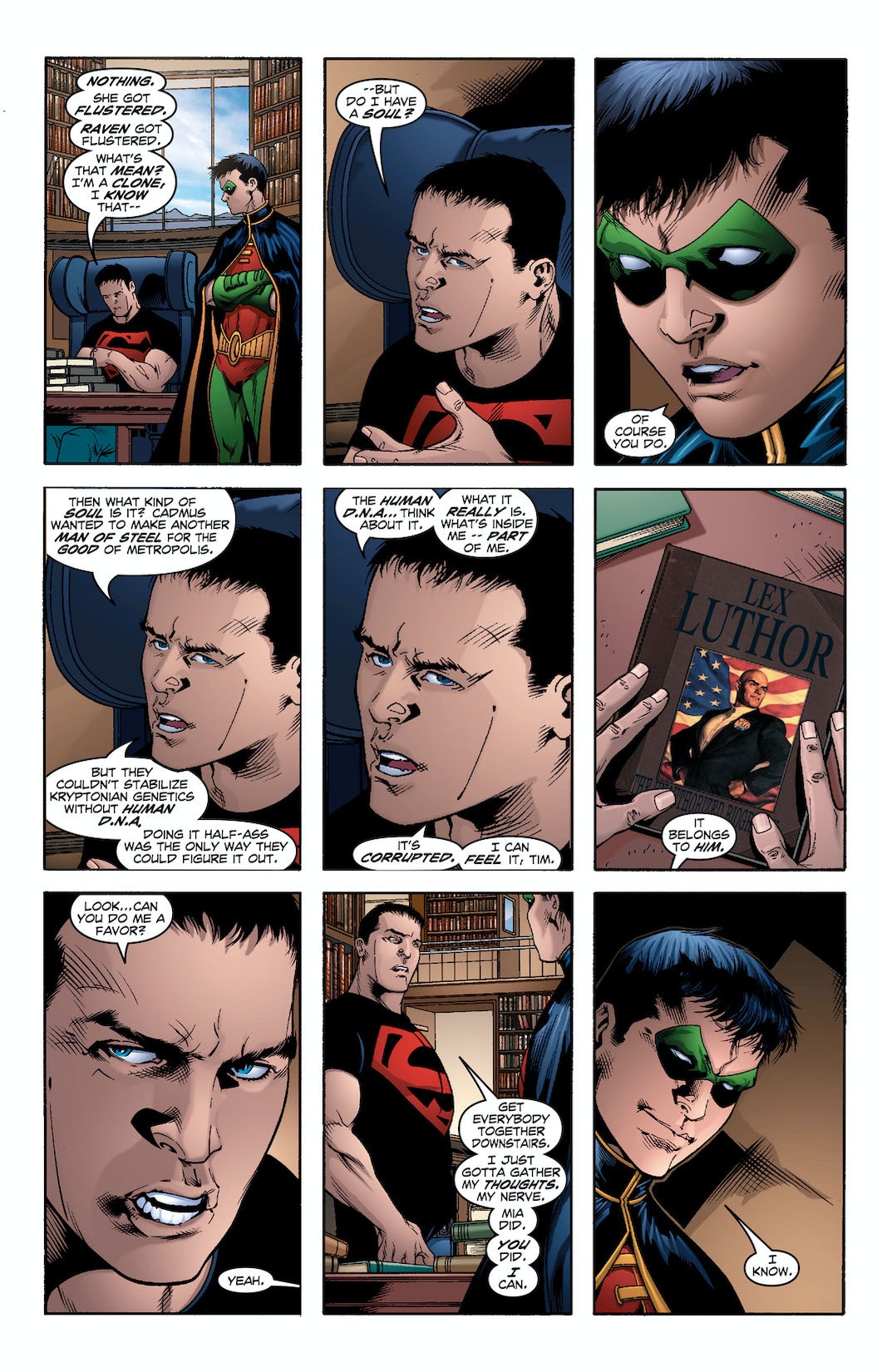 The Insiders' part 1! For months, Superboy has been taunted by the secrets of his DNA—that he's a clone created from Superman and Lex Luthor. But who cloned him, and why? Meanwhile, the Titans and the Outsiders are rocked to the core as they face two of the most powerful villains in the DCU! Continued in OUTSIDERS #24.