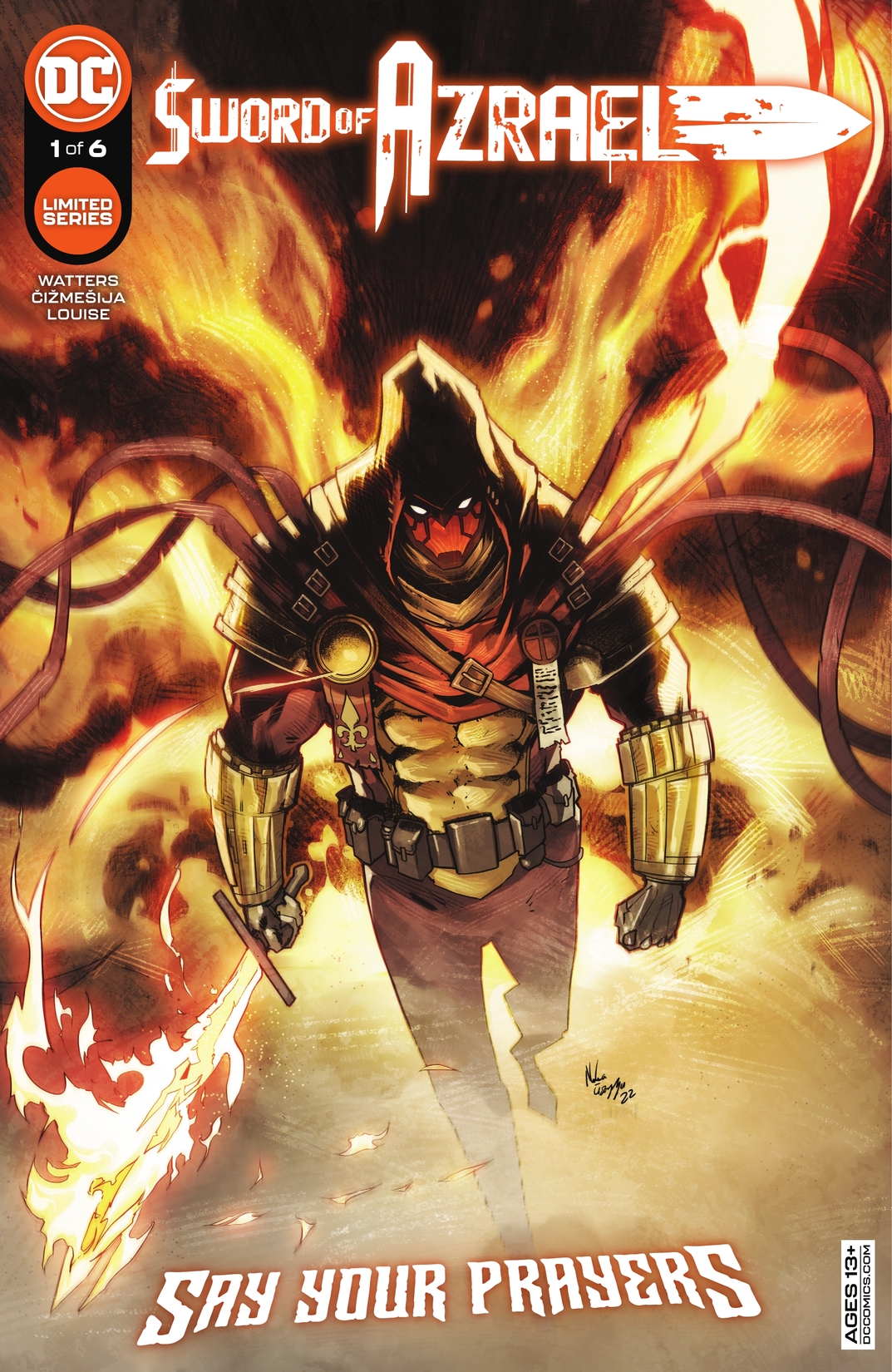 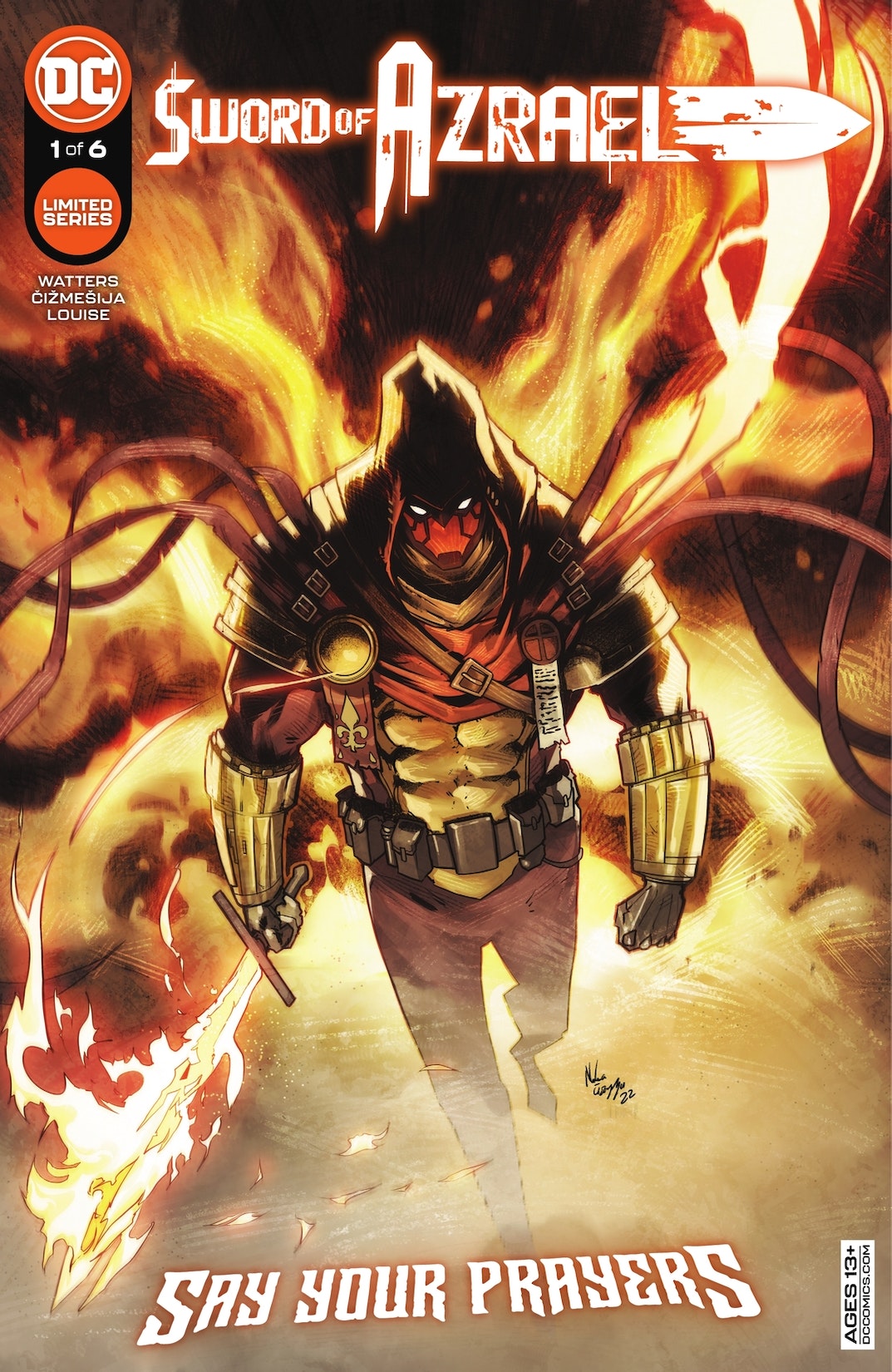 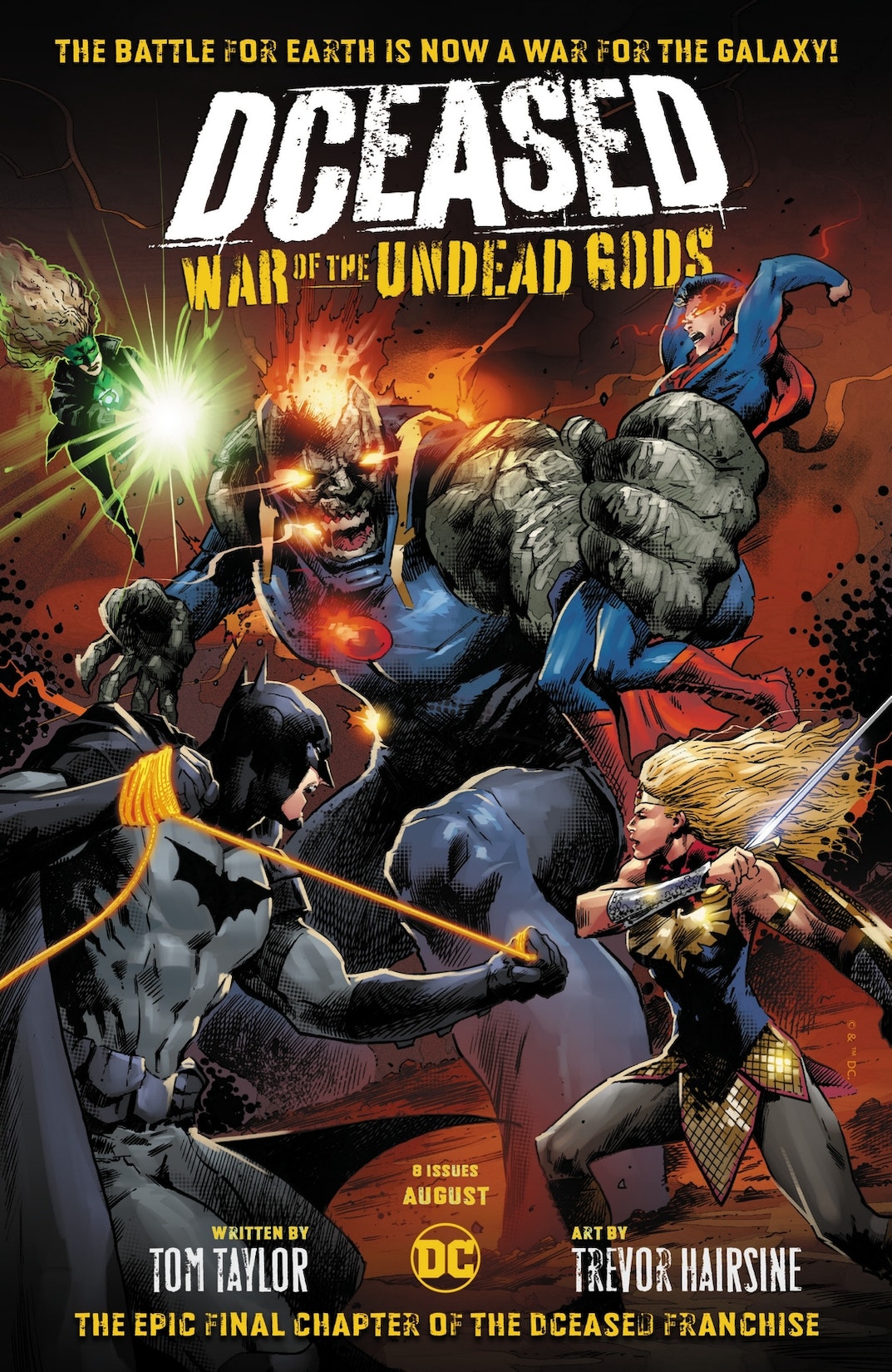 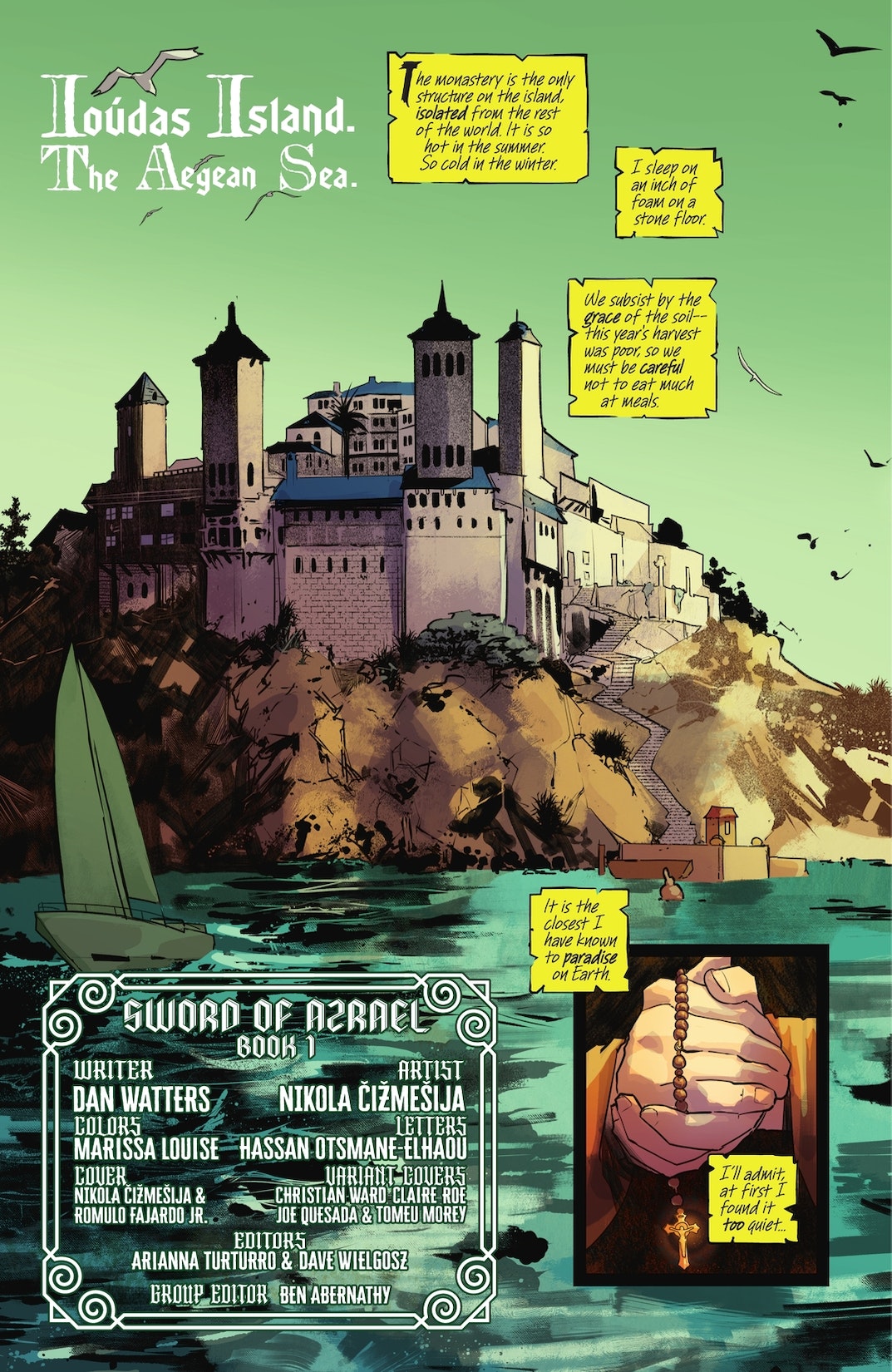 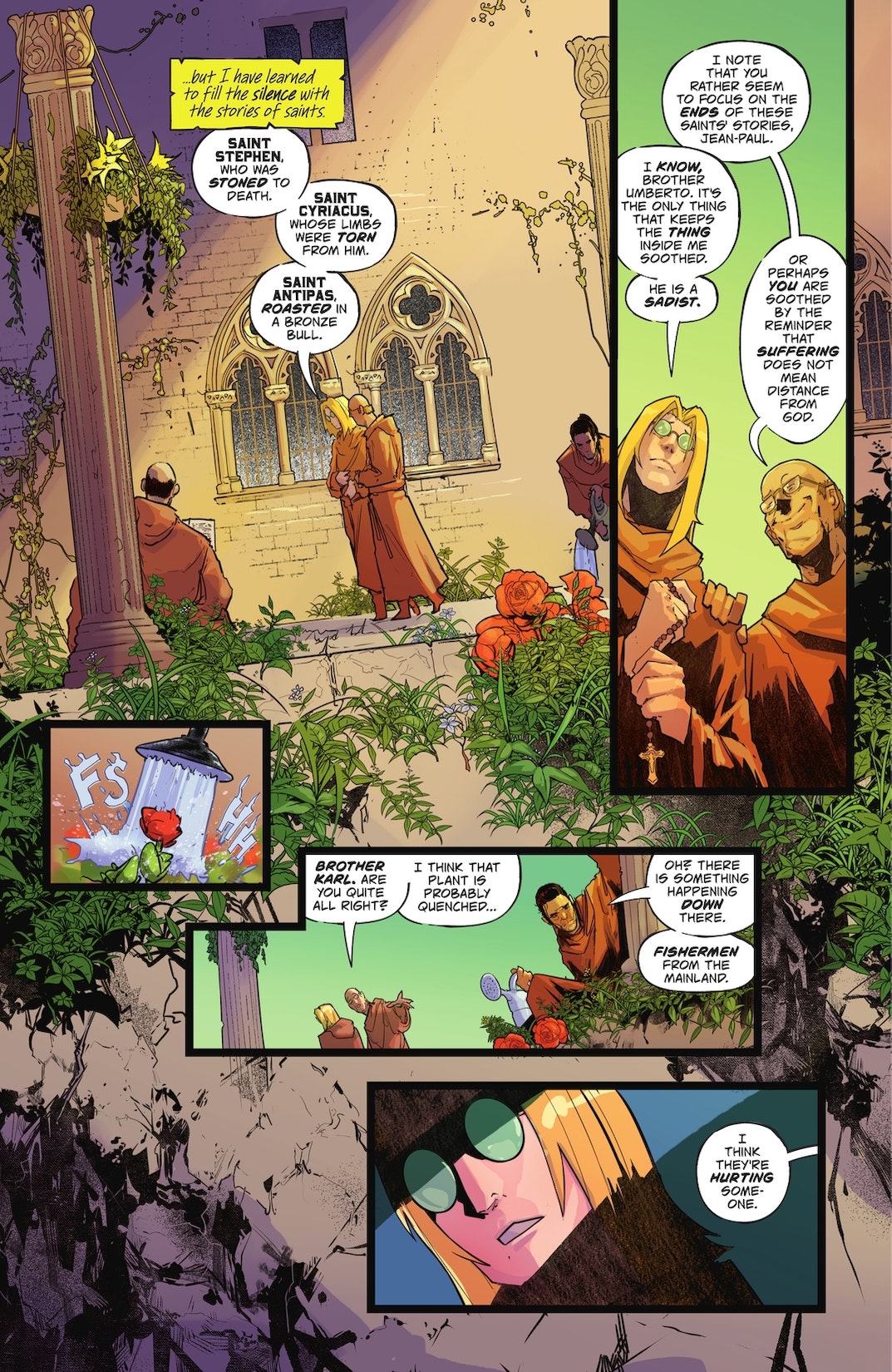 The warrior angel of St. Dumas returns! Jean-Paul Valley does not want to be Azrael ever again. All it has brought him is pain, violence, and misery. He has sequestered himself away at a monastery in Europe to find peace. But when a young woman who claims to have the same System programming that made Jean-Paul into Azrael arrives at the monastery, he won’t have a choice but to don his violent mantle of Azrael once more to protect her from the deadly assassins who wish her harm. From the rising star creative team of Dan Watters (Arkham City: Order of the World, Lucifer) and Nikola Čižmešija (Batman Urban Legends, Future State Gotham) this miniseries will redefine one of the Batman world’s most iconic and fierce characters.

Sword of Azrael: Dark Knight of the Soul #1