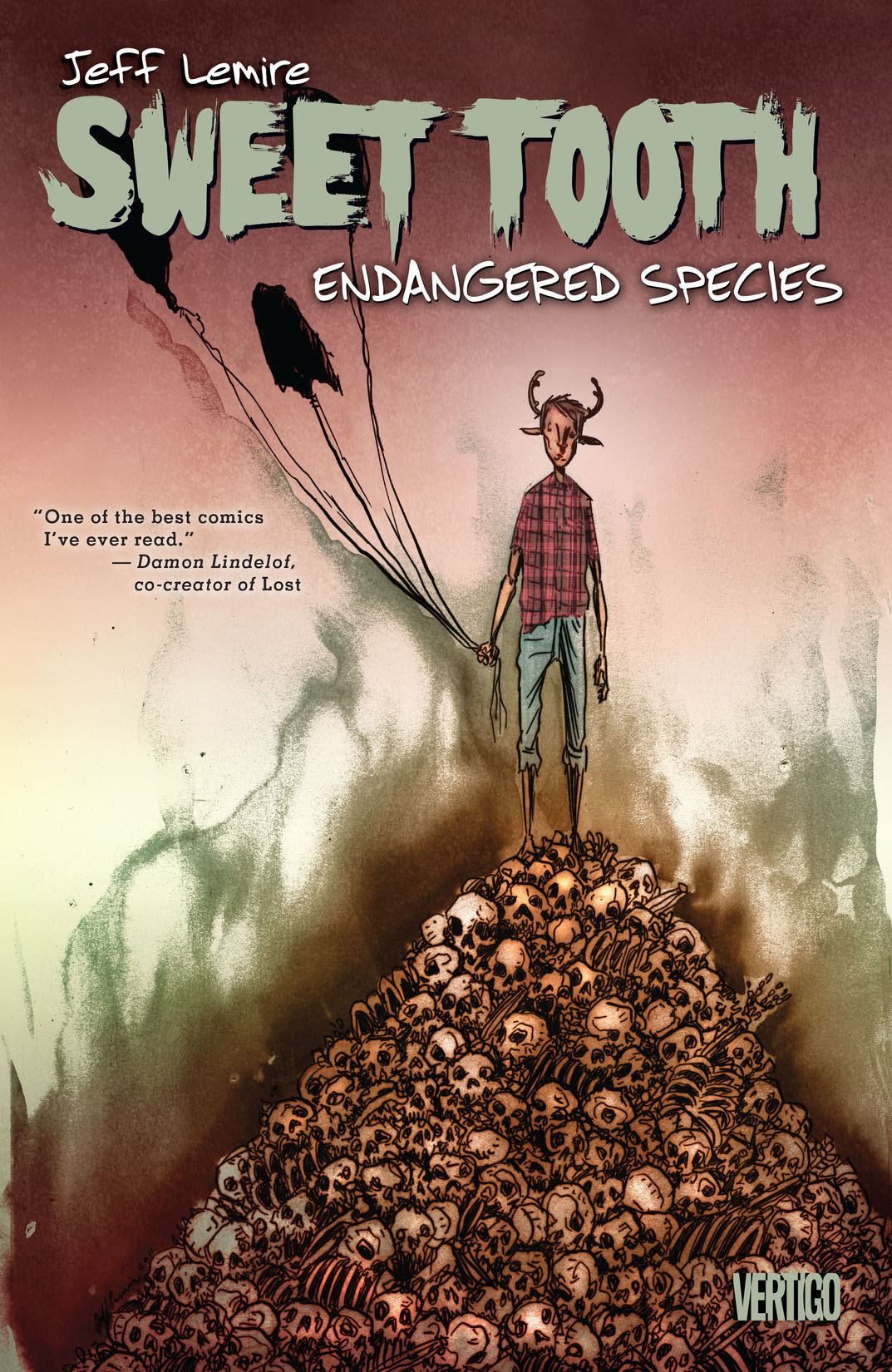 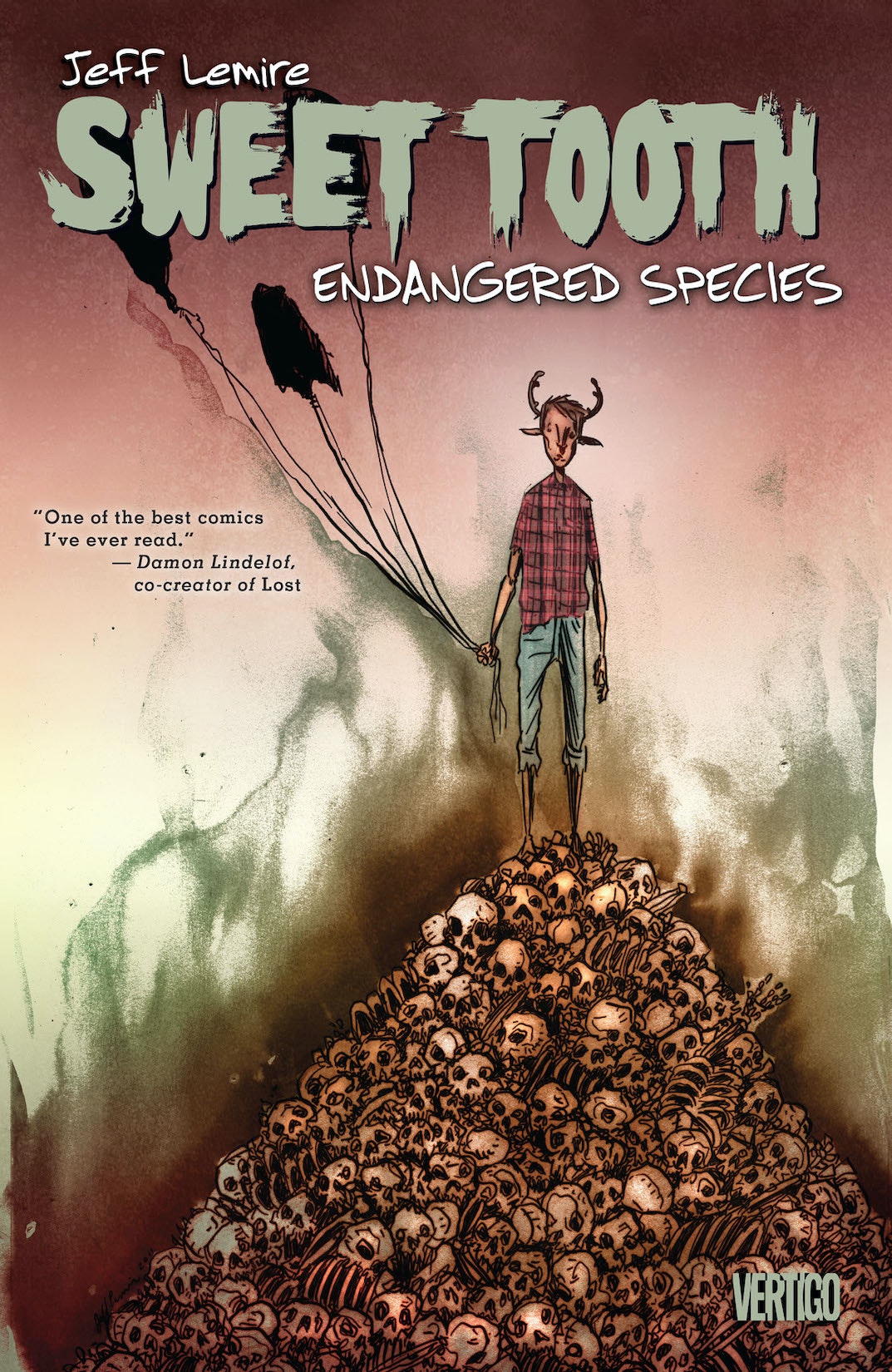 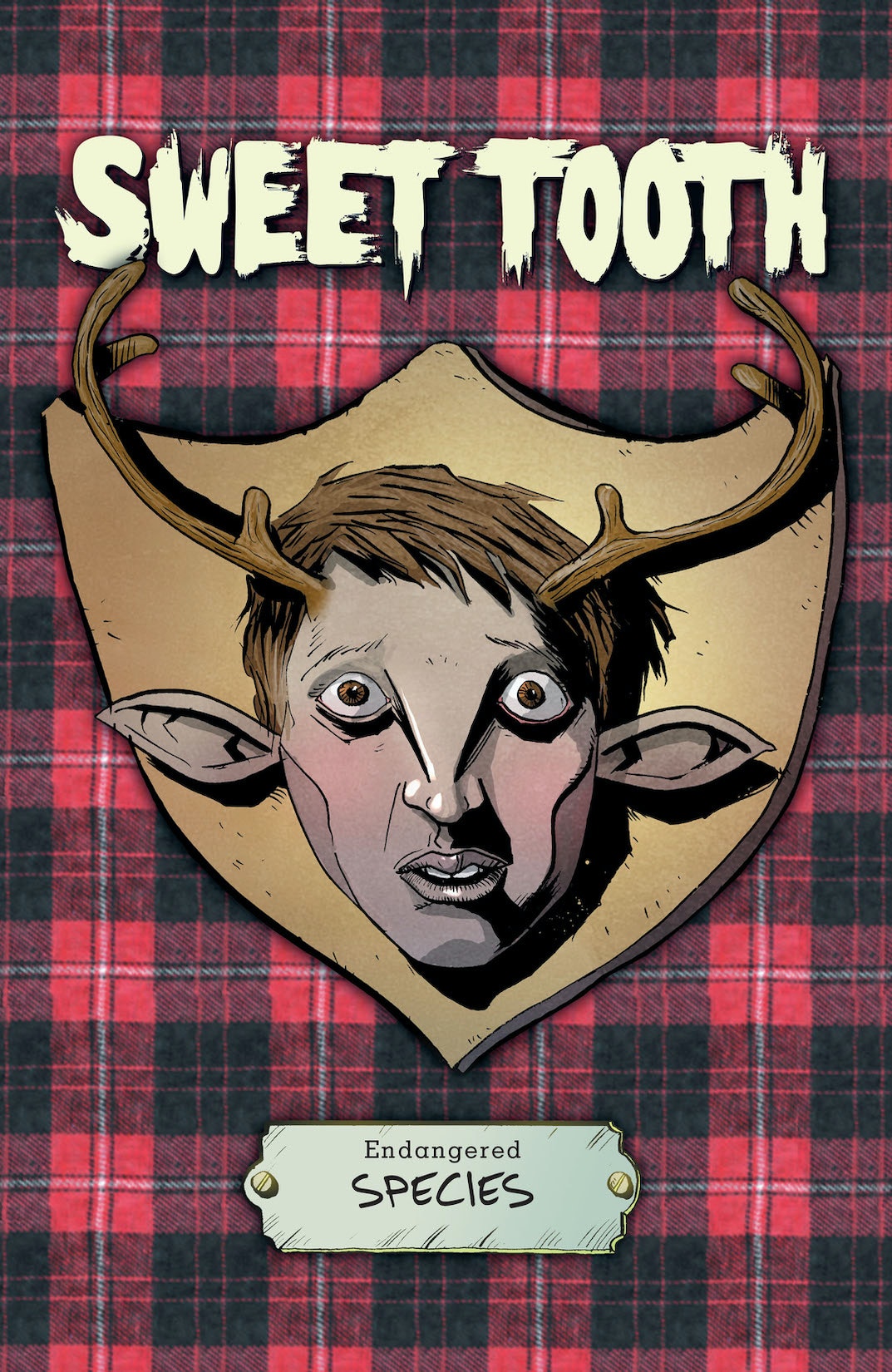 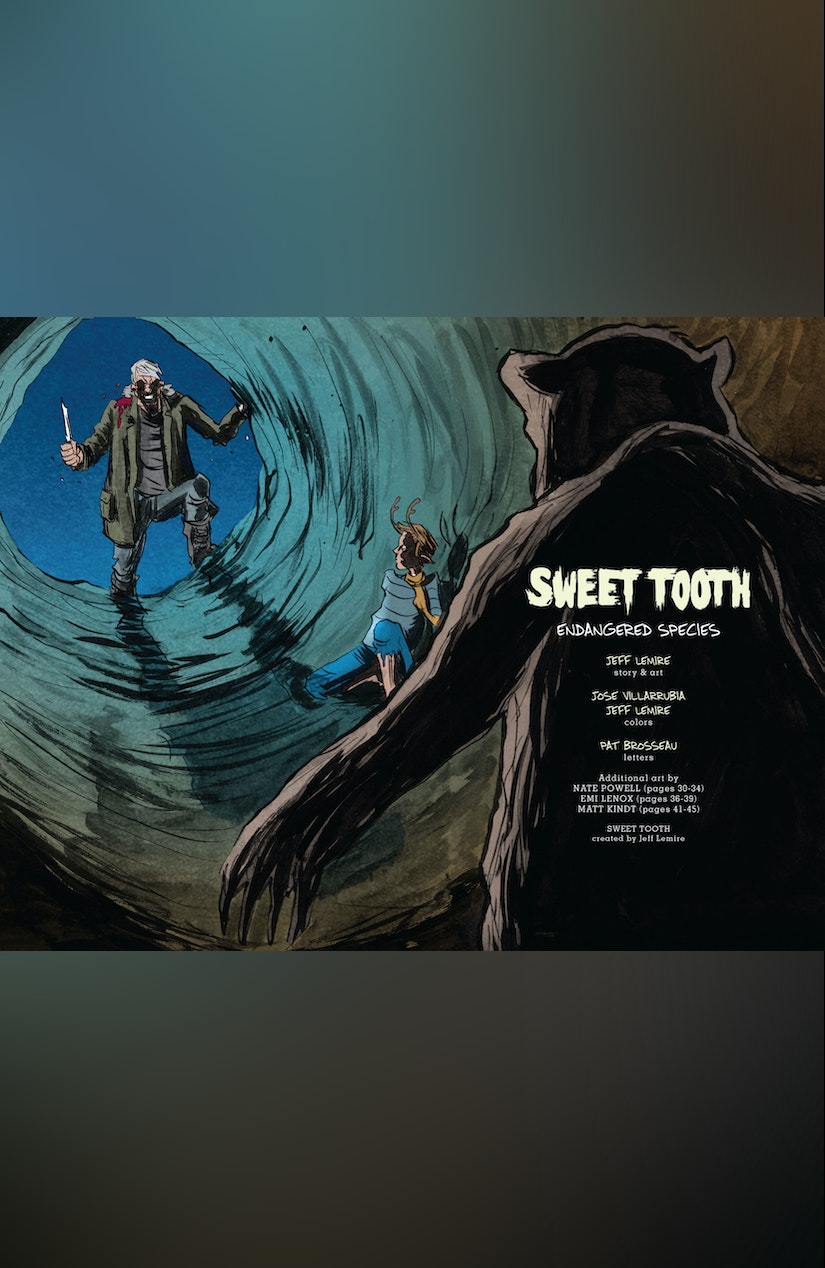 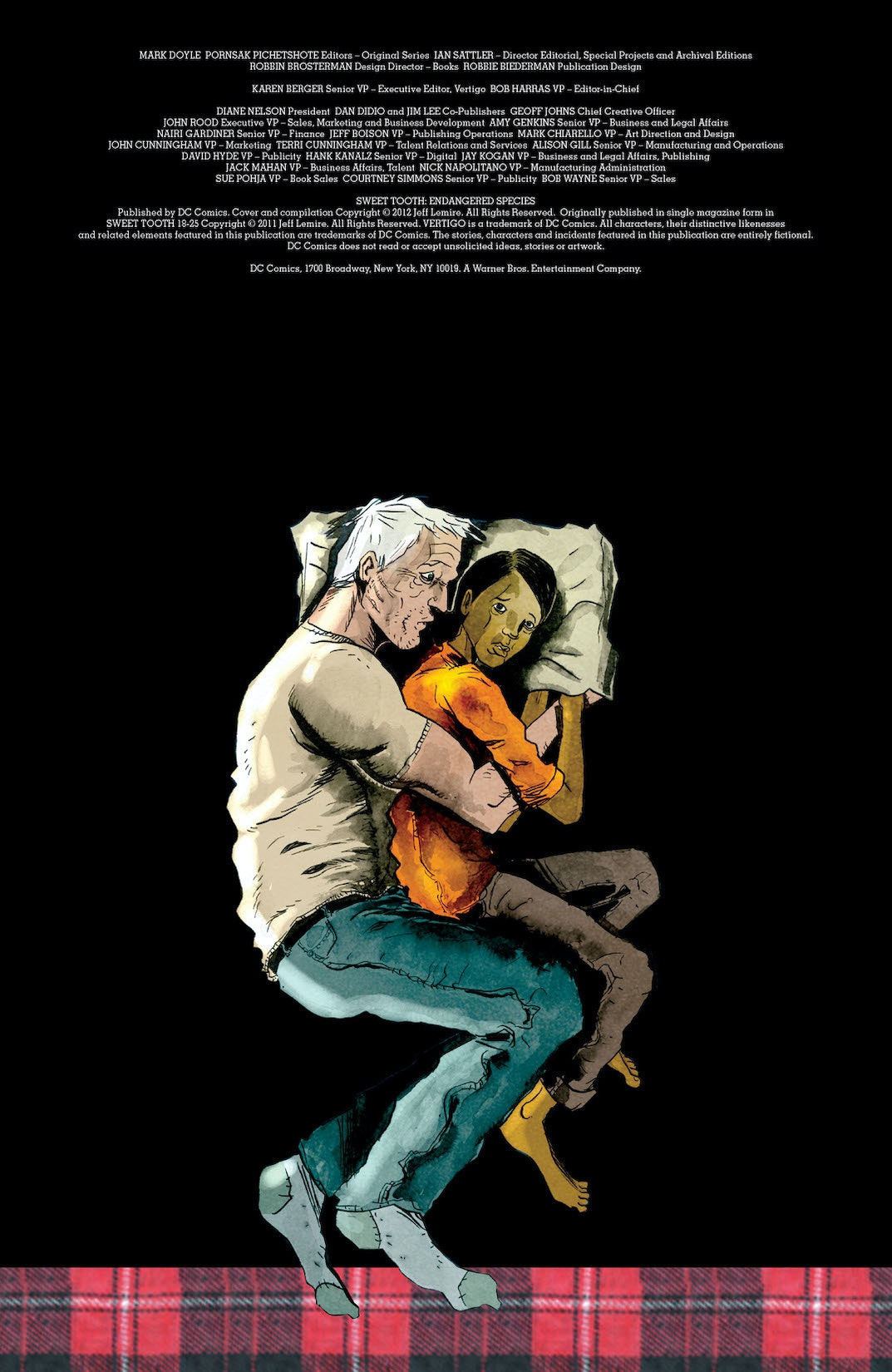 Following on the heels of The Nobody, his Vertigo graphic novel debut, writer/artist Jeff Lemire pens his very first ongoing series SWEET TOOTH. A cross between Bambi and Cormac McCarthy's The Road, SWEET TOOTH tells the story of Gus, a rare new breed of human/animal hybrid children, has been raised in isolation following an inexplicable pandemic that struck a decade earlier. Now, with the dWHO eath of his father he's left to fend for himself . . . until he meets a hulking drifter named Jepperd who promises to help him. Jepperd and Gus set out on a post-apocalyptic journey into the devastated American landscape to find 'the Preserve" a refuge for hybrids. Gus reluctantly joins Jepperd on a missing persons hunt, but the tension between the two continues to grow. Meanwhile, Singh and Johnny come face to face with a deadly new threat, and Lucy and the girls meet Walter Fish, an enigmatic survivor who may have more to offer than meets the eye. Will this lead to a new sanctuary for them, or something far more dangerous?