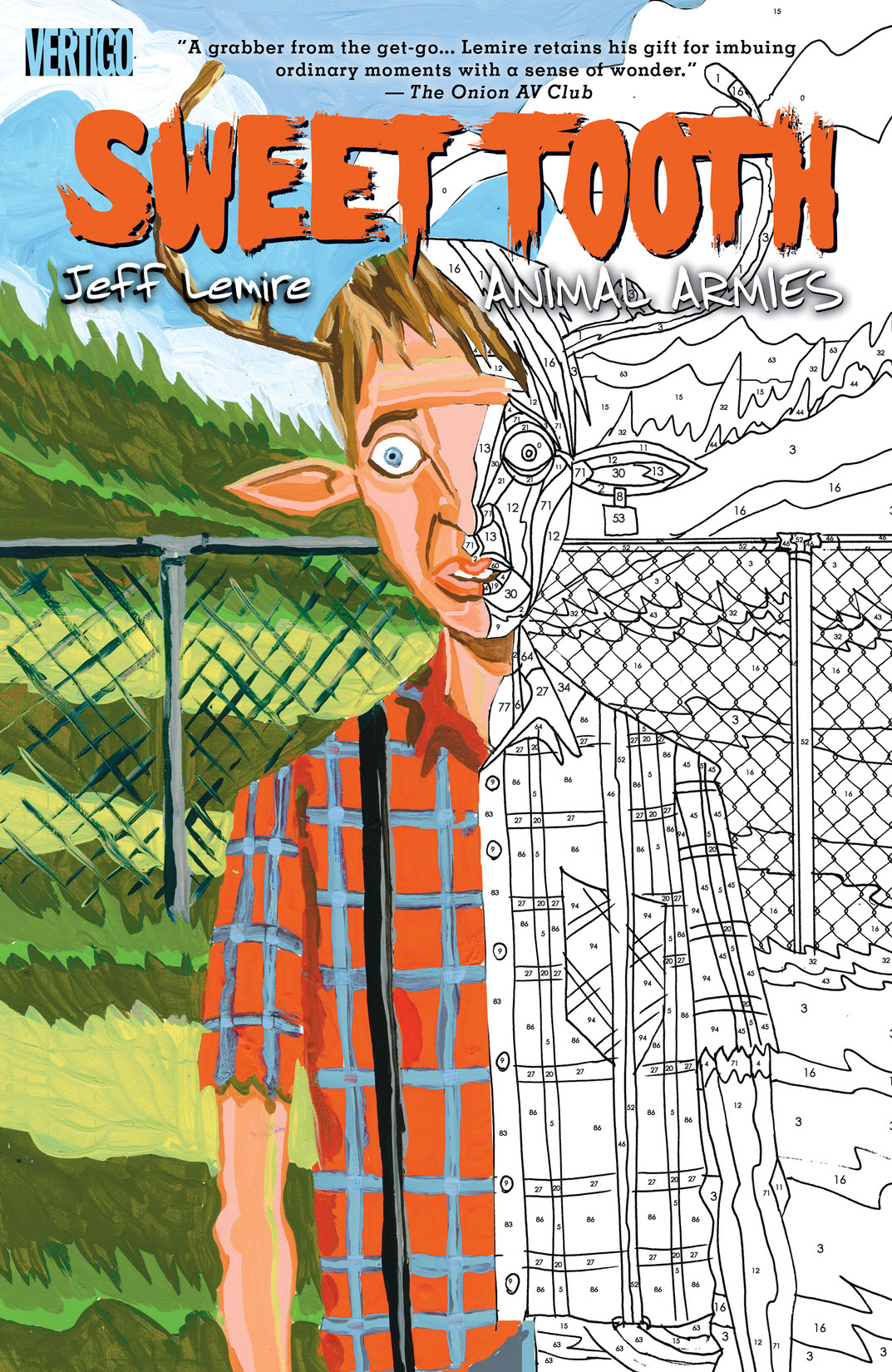 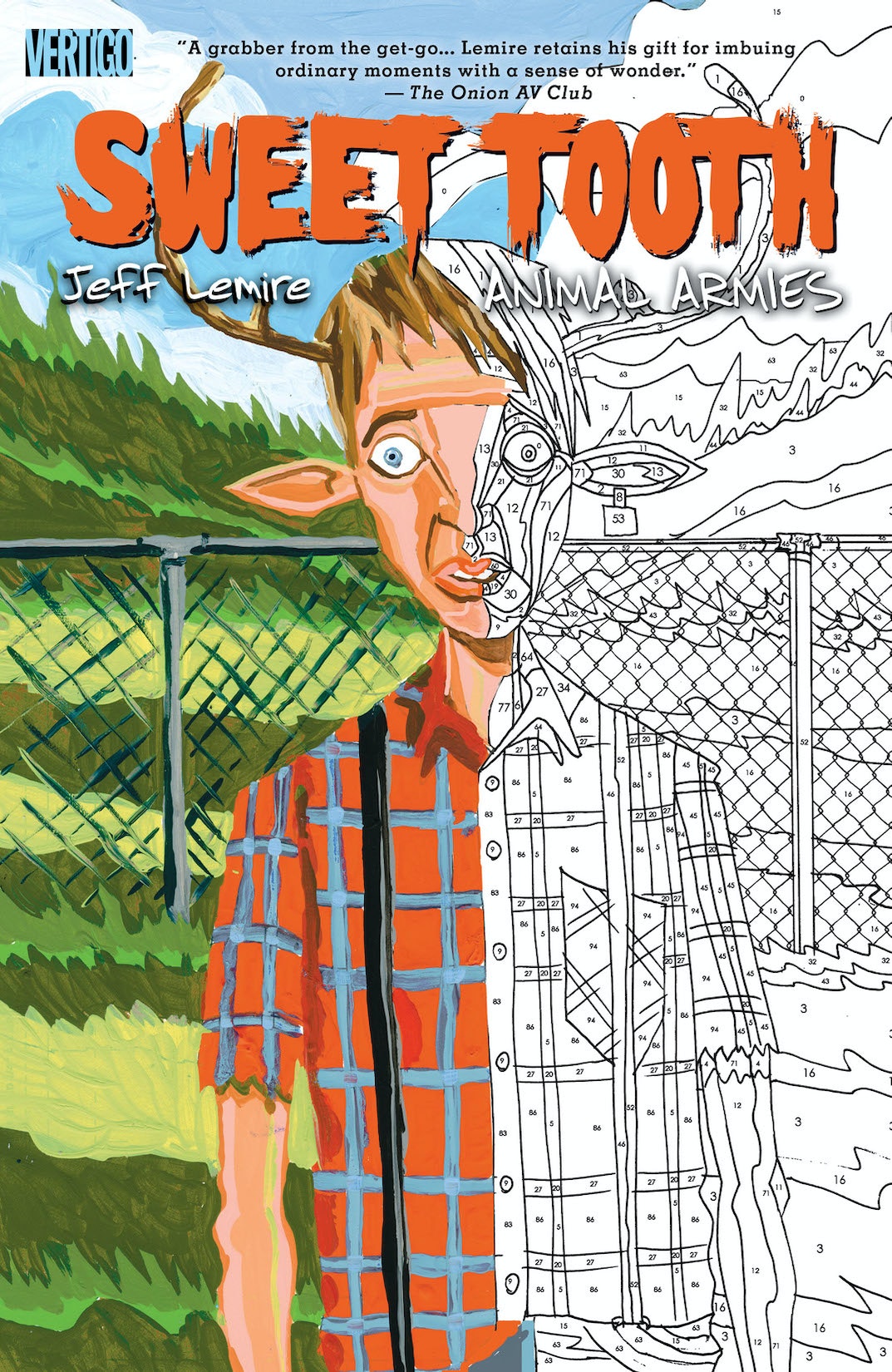 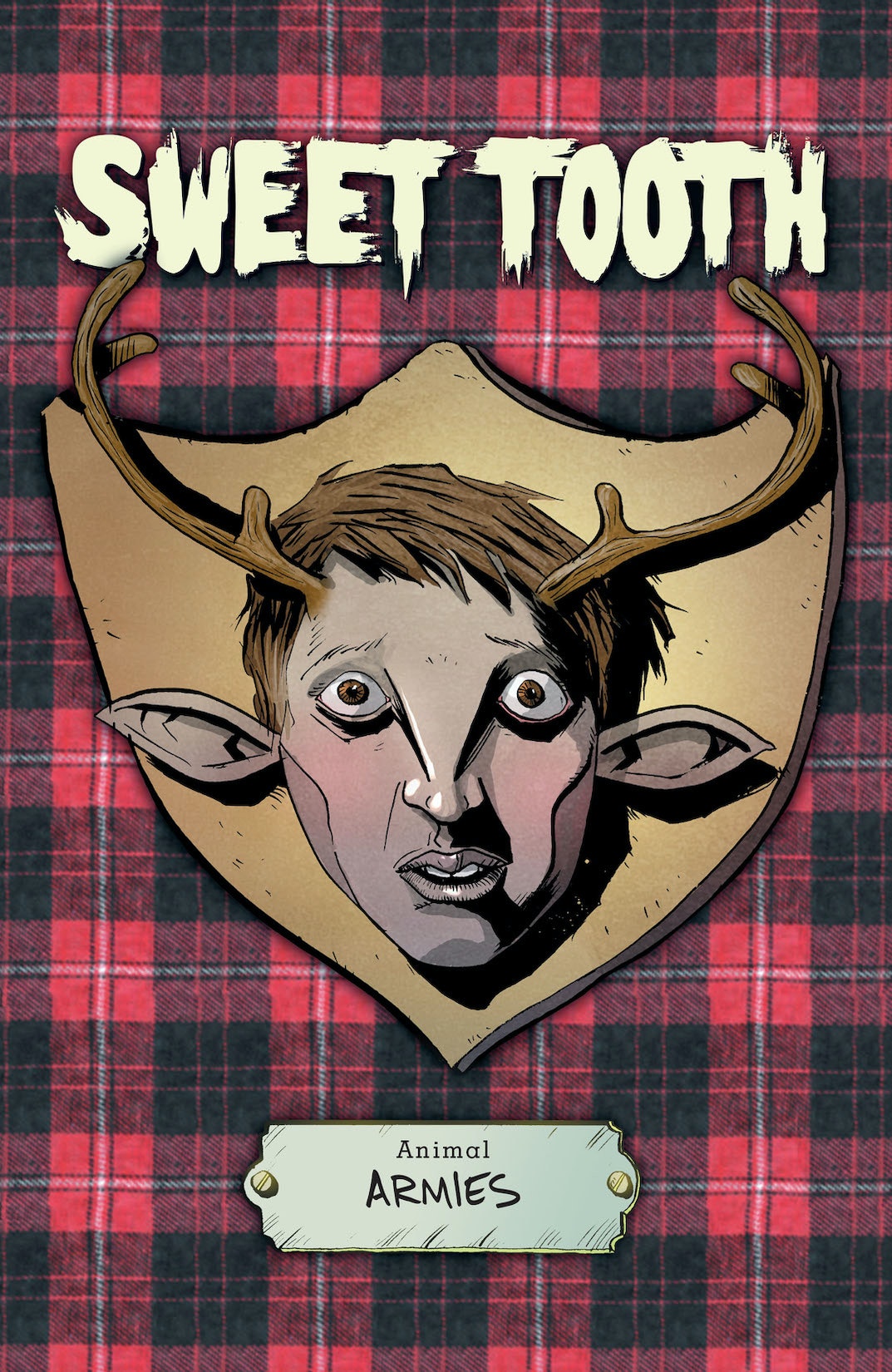 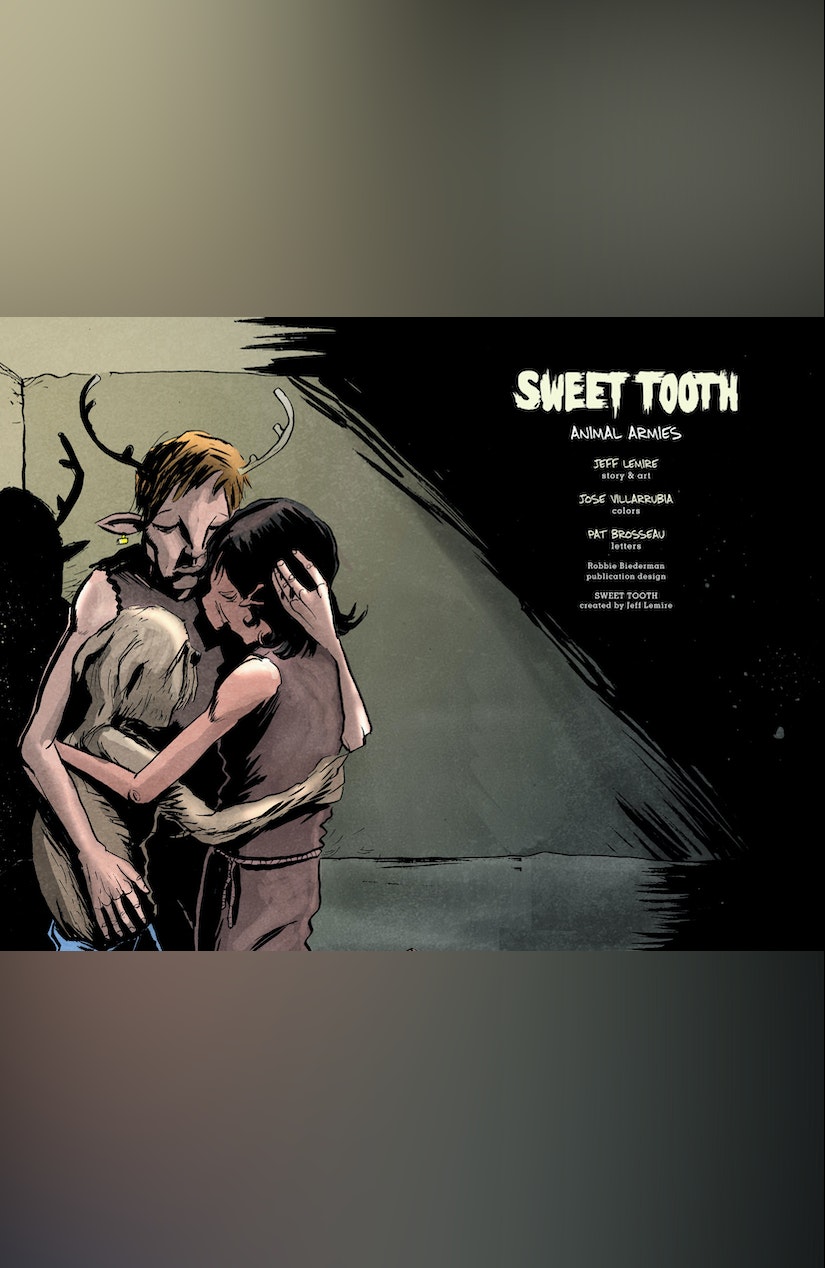 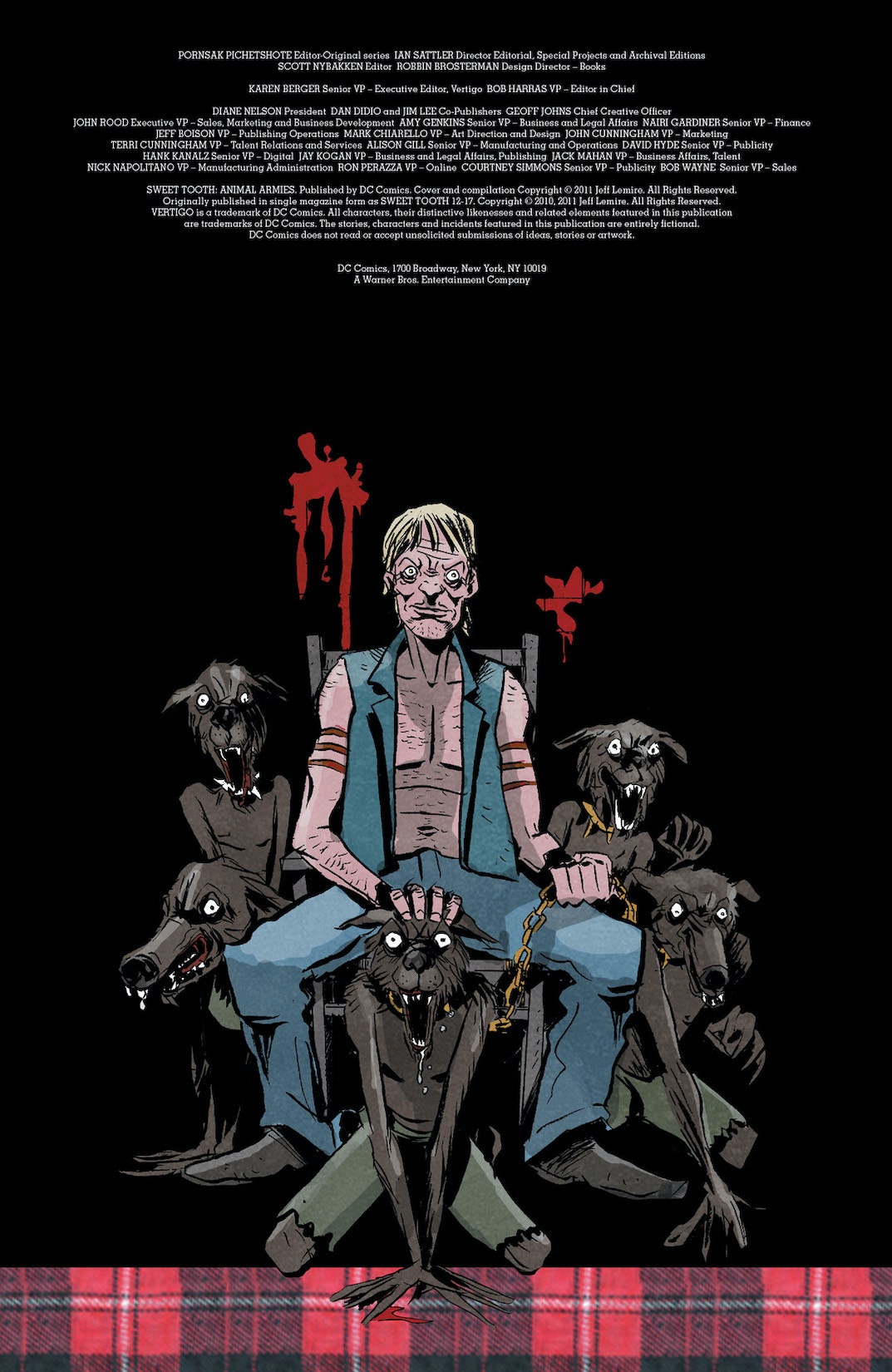 A cross between Bambi and Cormac McCarthy's The Road, SWEET TOOTH tells the story of Gus, a rare new breed of human/animal hybrid children, who has been raised in isolation following an inexplicable pandemic that struck a decade earlier. Now, with the death of his father, he's left to fend for himself…until he meets a hulking drifter named Jepperd who promises to help him. Jepperd and Gus set out on a post-apocalyptic journey into the devastated American landscape to find “The Preserve,” a refuge for hybrids. In this third volume, Jeppard begins to form an army to topple the militia camp so he can rescue Gus and the other hybrid kids. But will he arrive too late to save anyone? Collects issues #12-17.