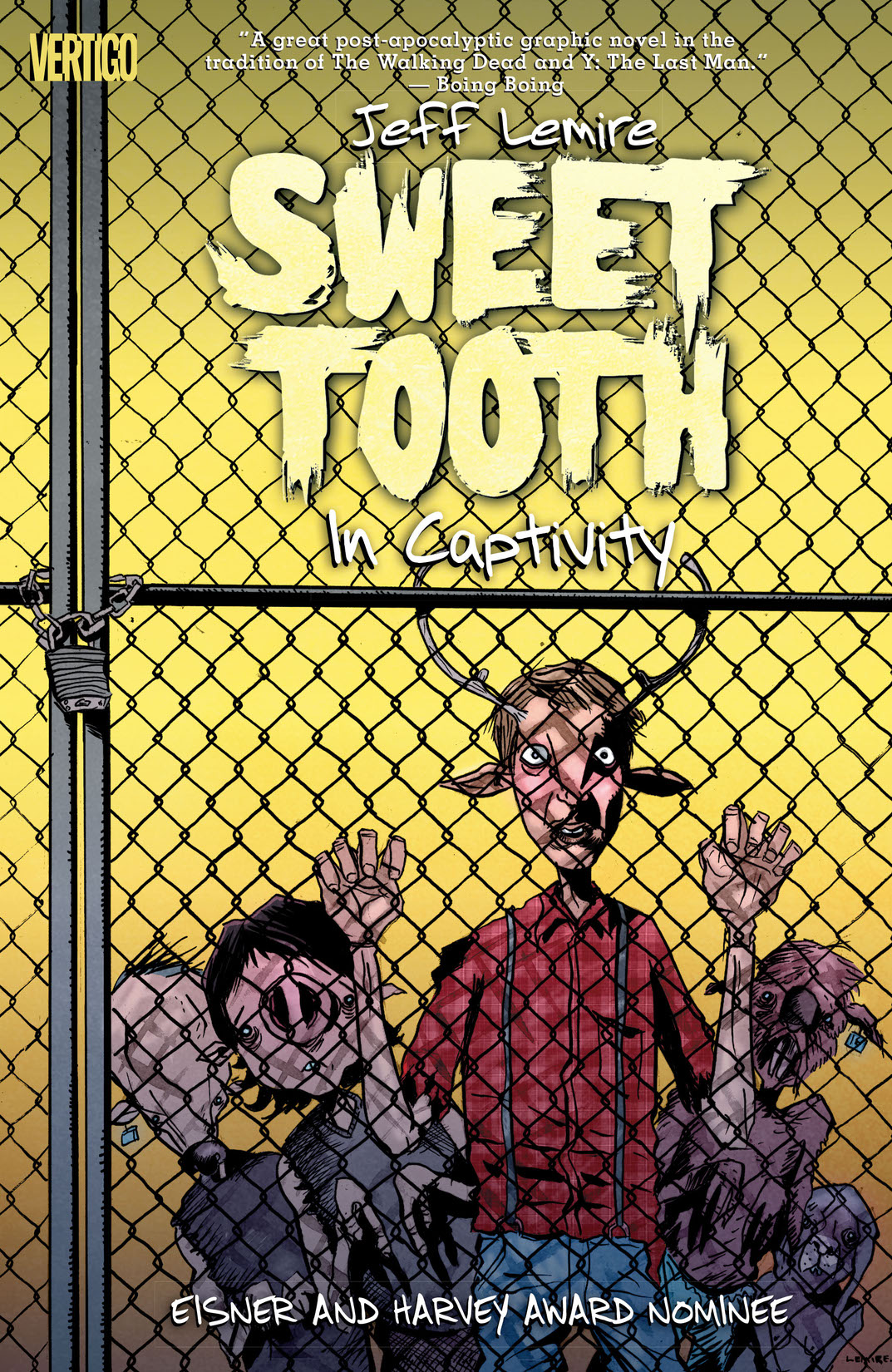 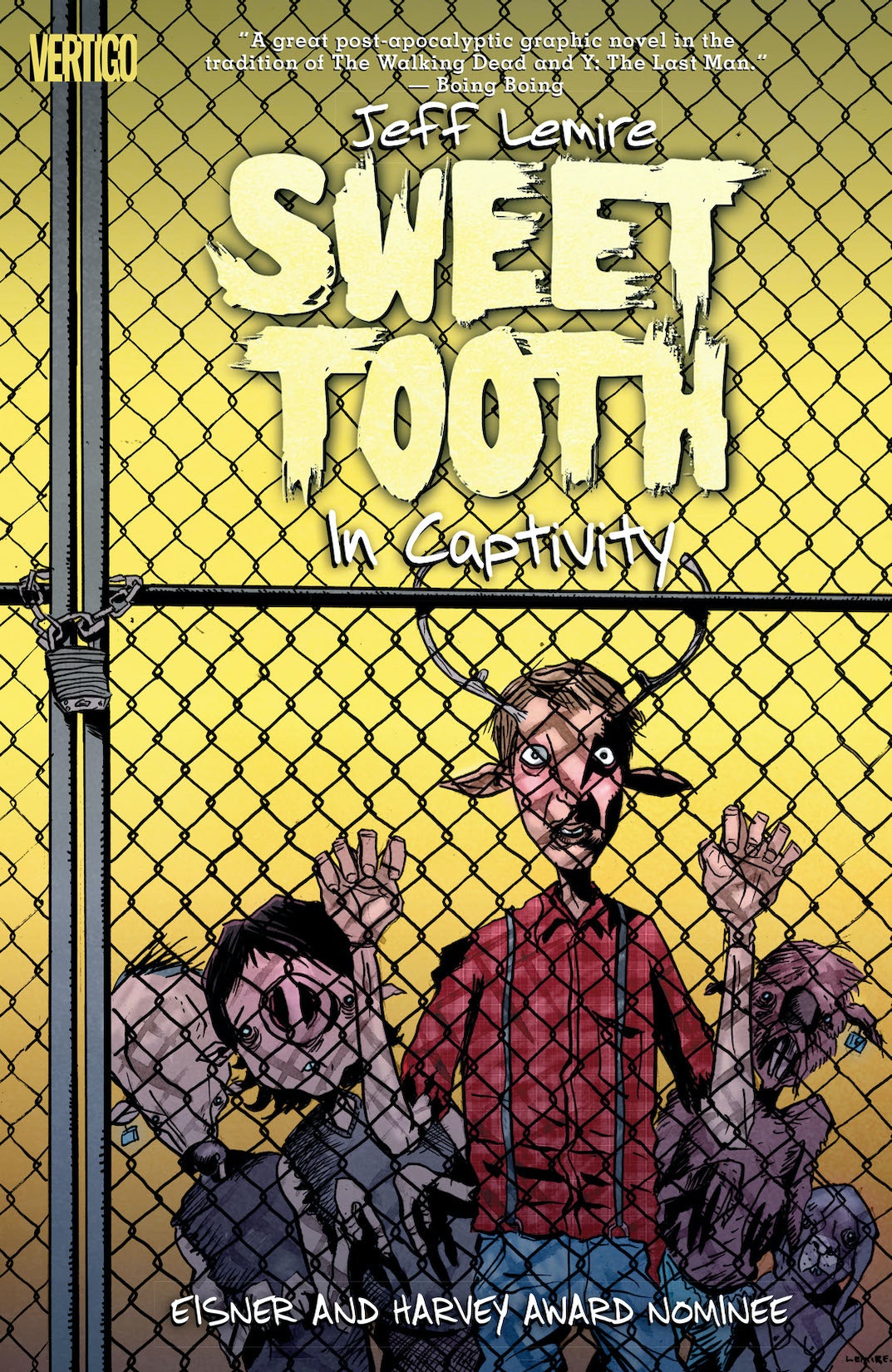 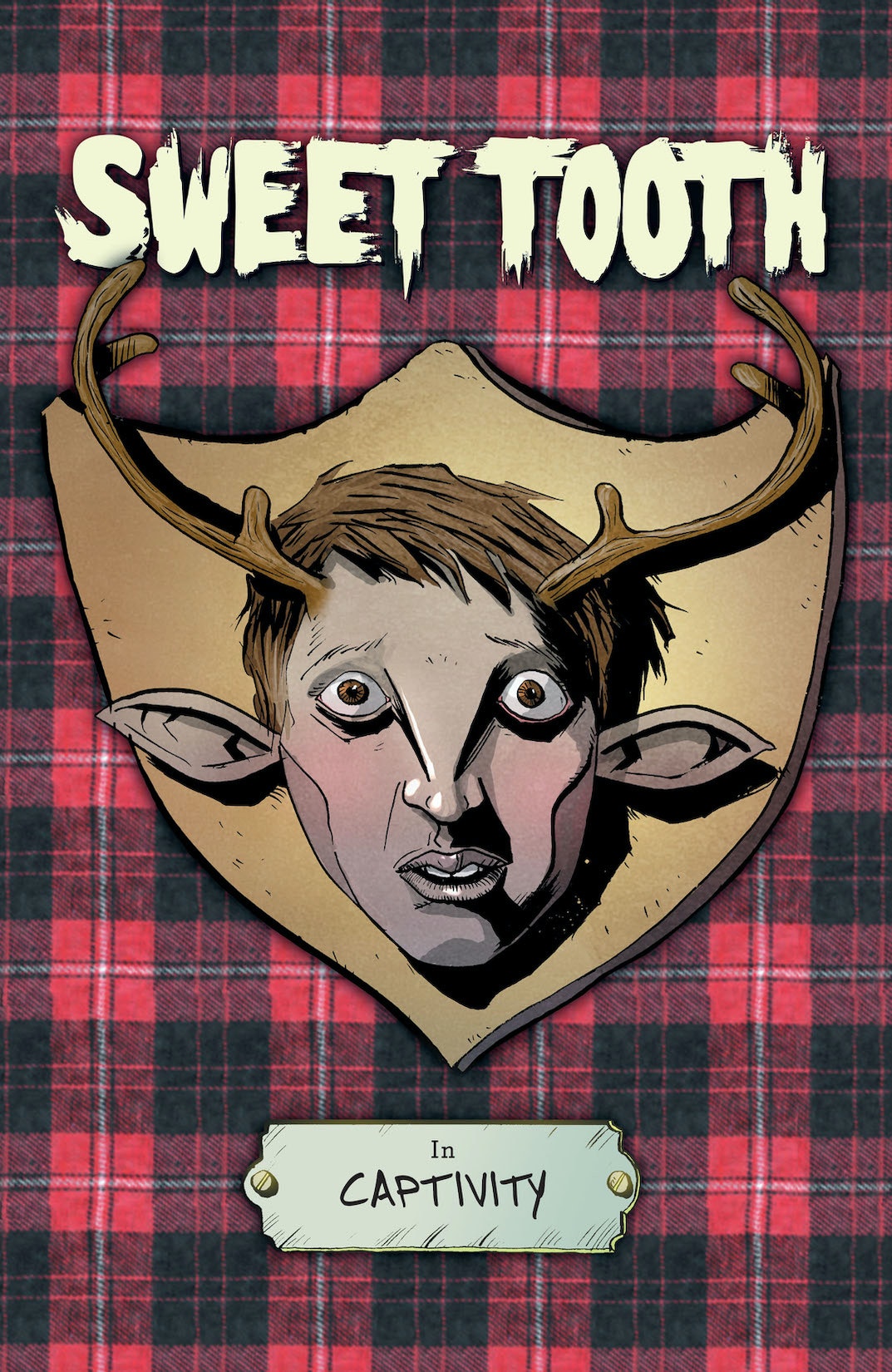 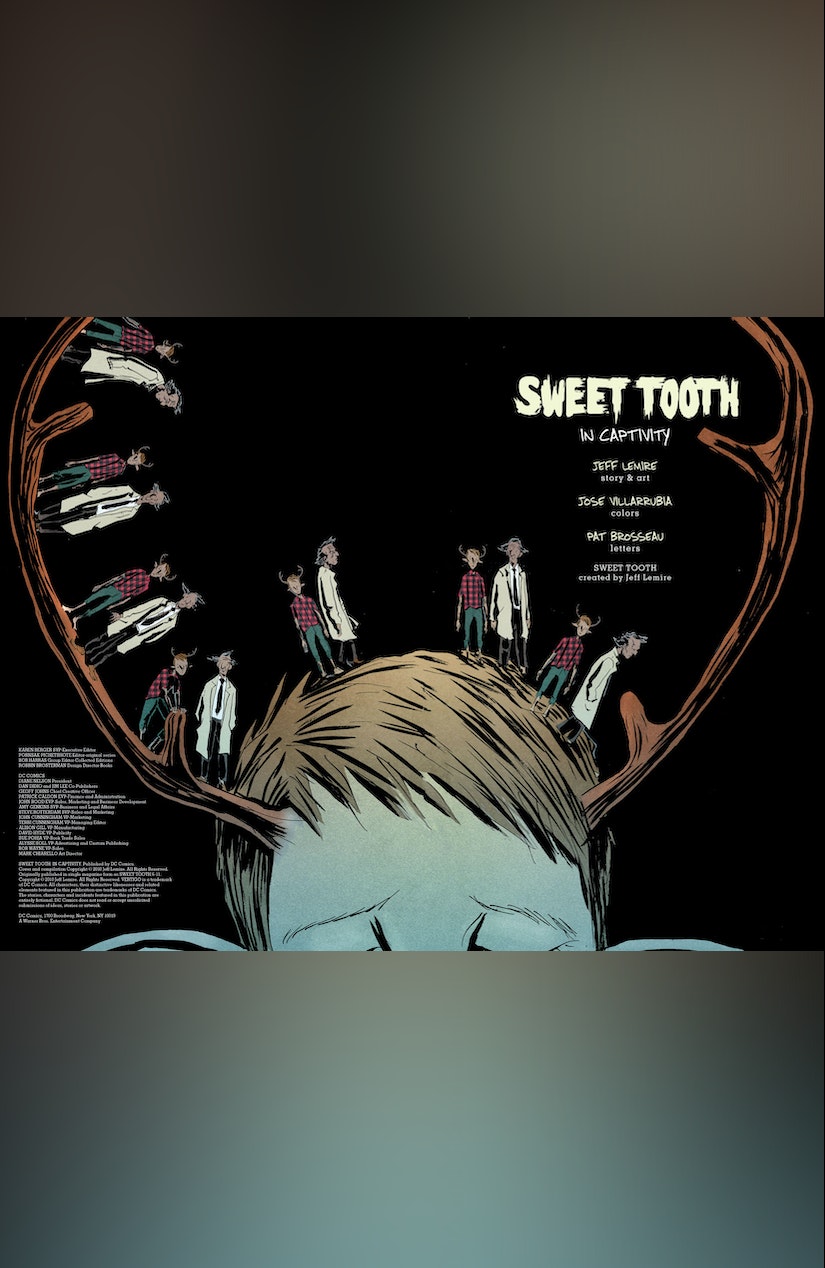 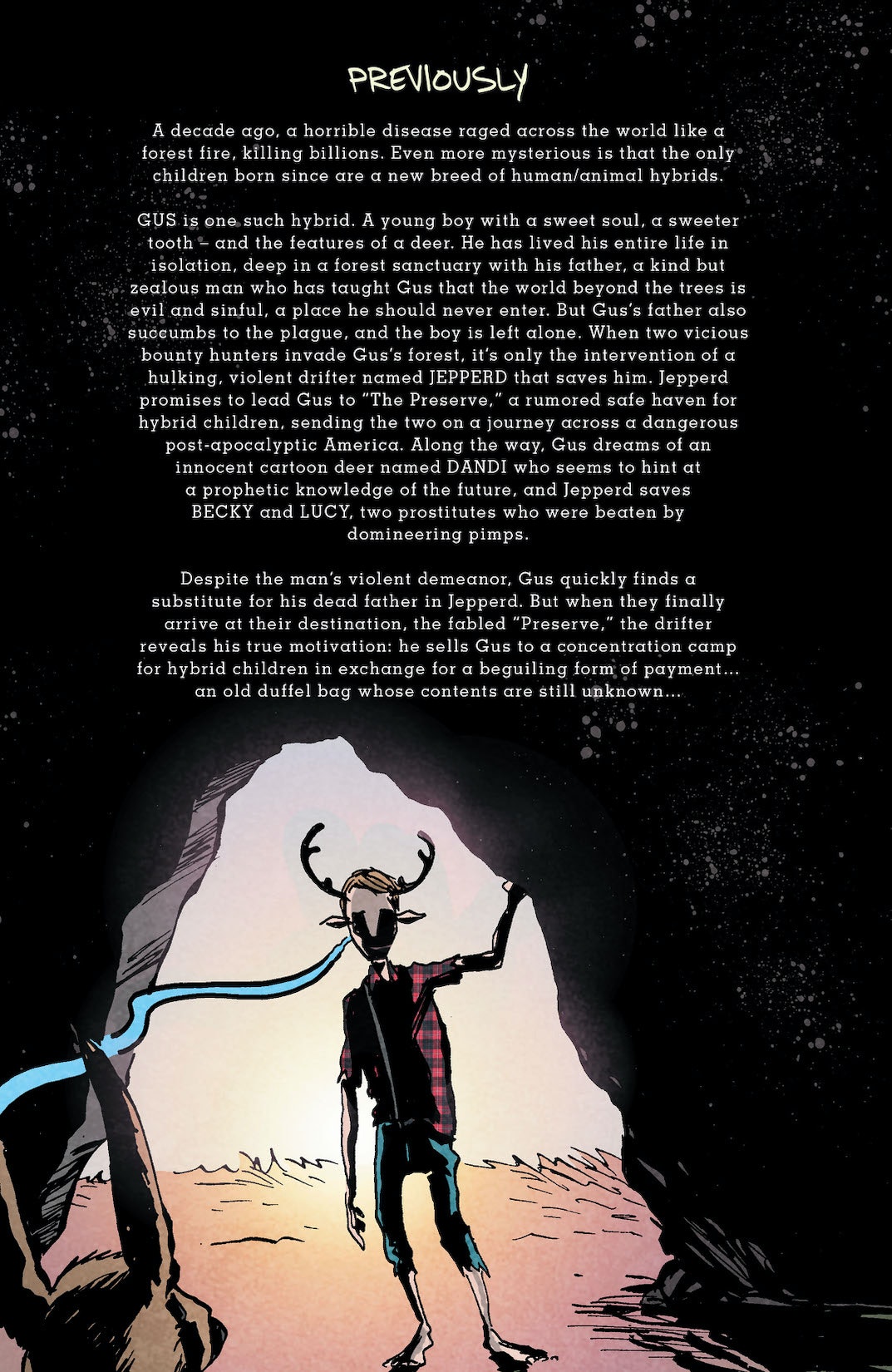 Following on the heels of THE NOBODY, his Vertigo graphic novel debut, writer/artist Jeff Lemire pens his very first ongoing series SWEET TOOTH. A cross between Bambi and Cormac McCarthy's The Road, SWEET TOOTH tells the story of Gus, a rare new breed of human/animal hybrid children, has been raised in isolation following an inexplicable pandemic that struck a decade earlier. Now, with the death of his father he's left to fend for himself . . . until he meets a hulking drifter named Jepperd who promises to help him. Jepperd and Gus set out on a post-apocalyptic journey into the devastated American landscape to find "The Preserve" a refuge for hybrids. In this second volume, Lemire explores the heartbreaking story of Jepperd and how he went from a devoted husband to the ruthless mercenary he is now. Meanwhile, Gus is captured in a camp with other hybrid creatures where he meets Dr. Singh, a scientist studying the plague that's wiped out so much of the world. By traveling more into Gus' past, Singh will learn more about the plague, as well as clues to how some of it might relate to Gus and his father. Collects issues #6-11.