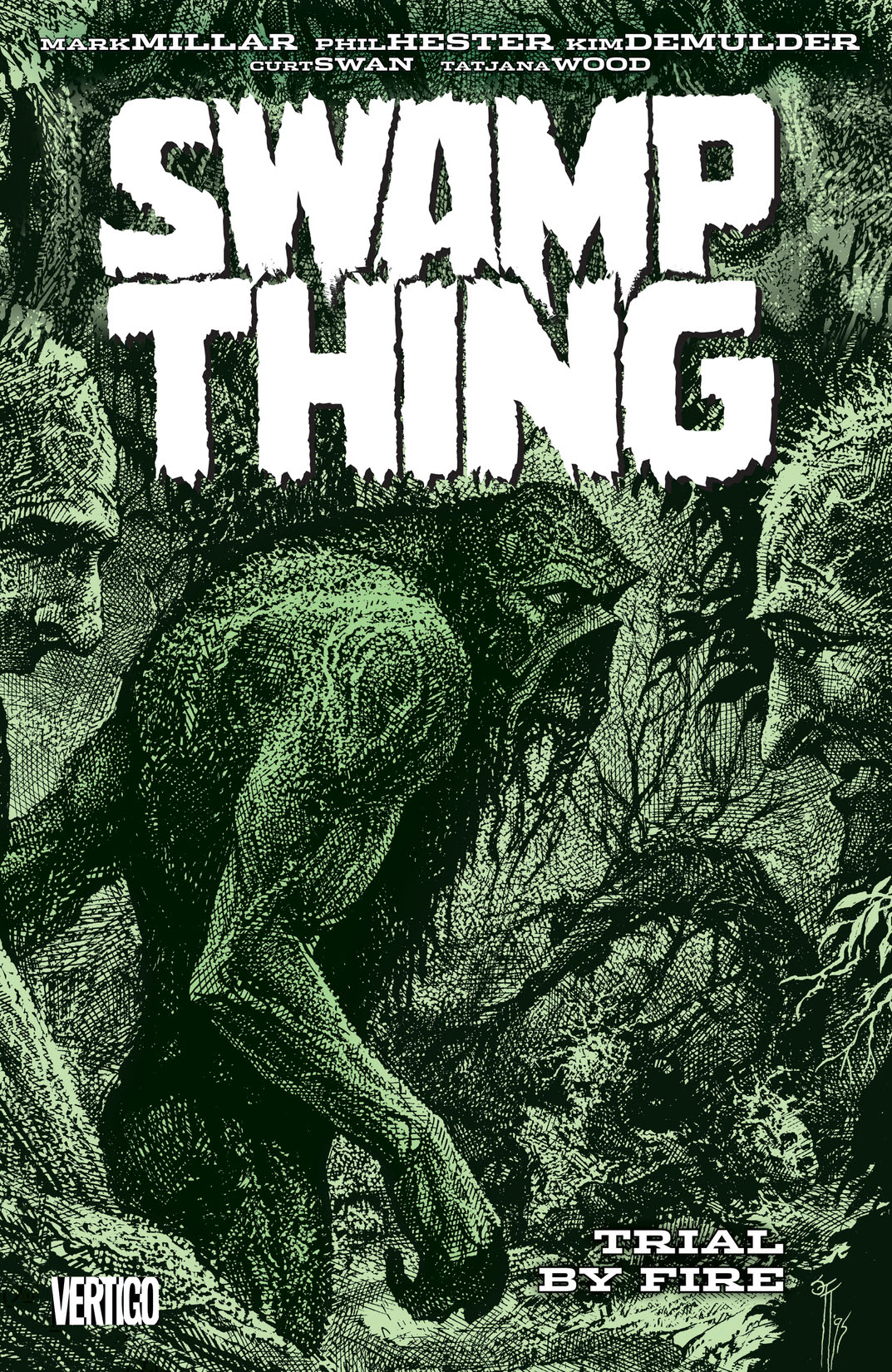 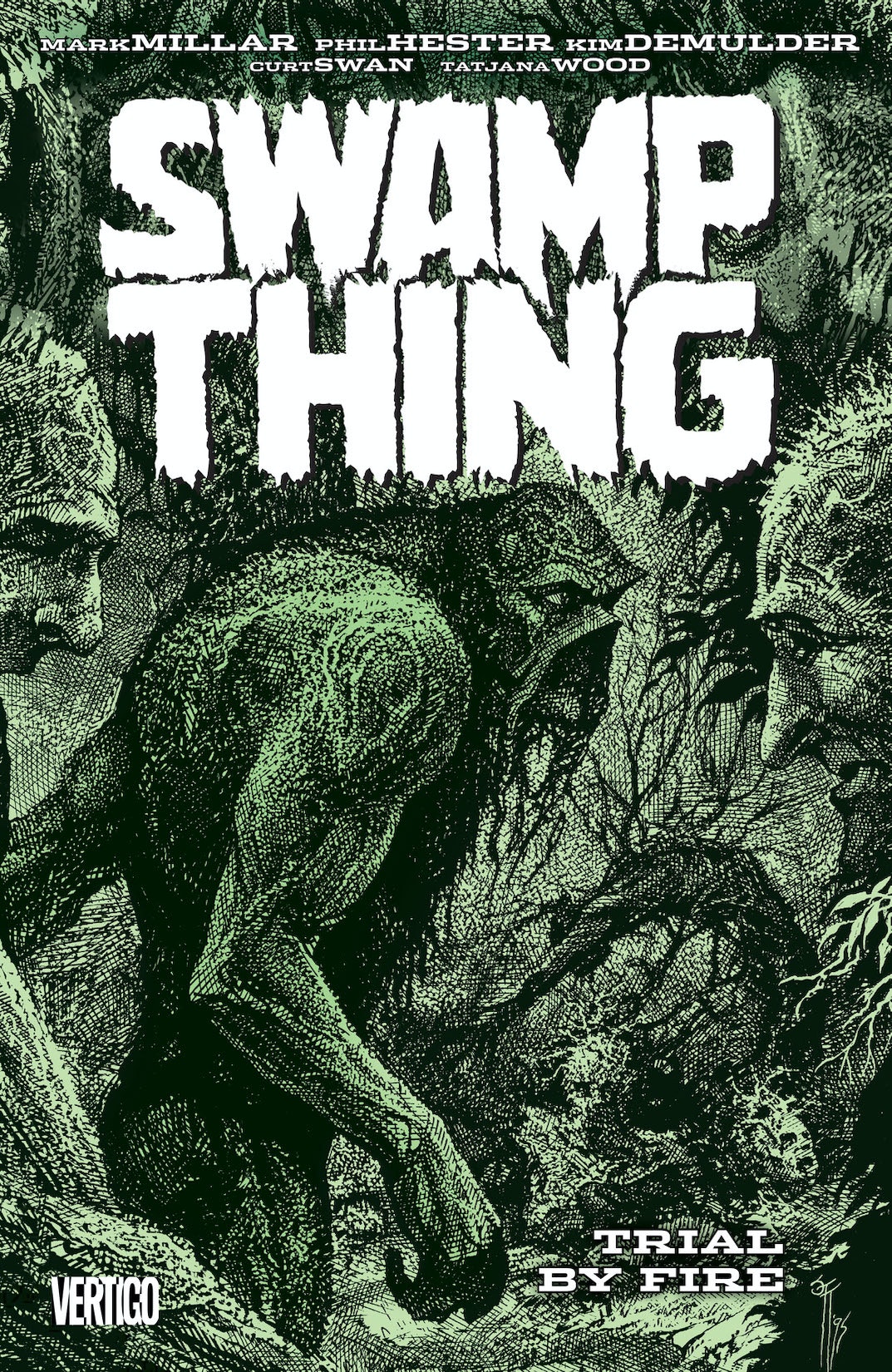 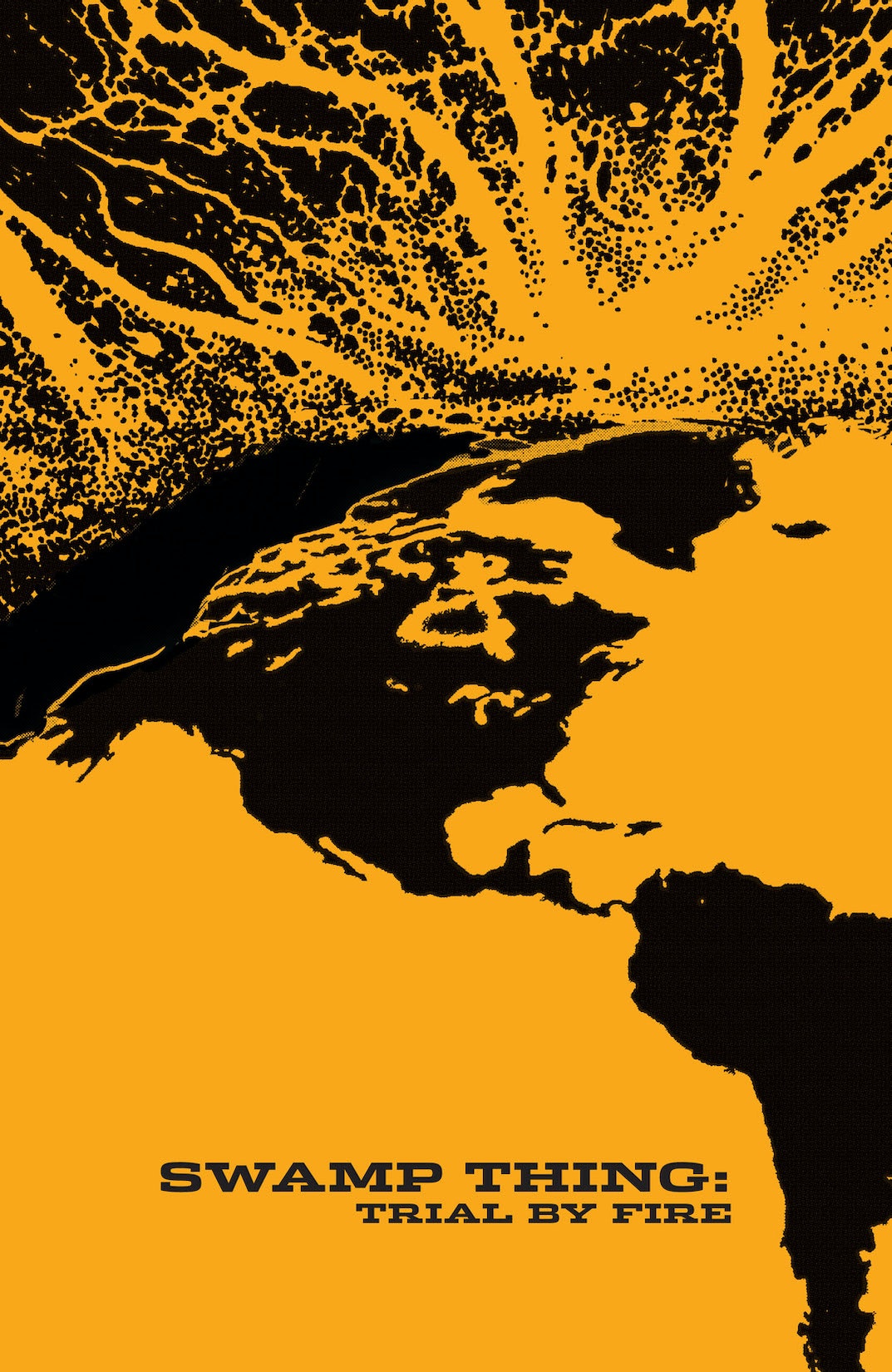 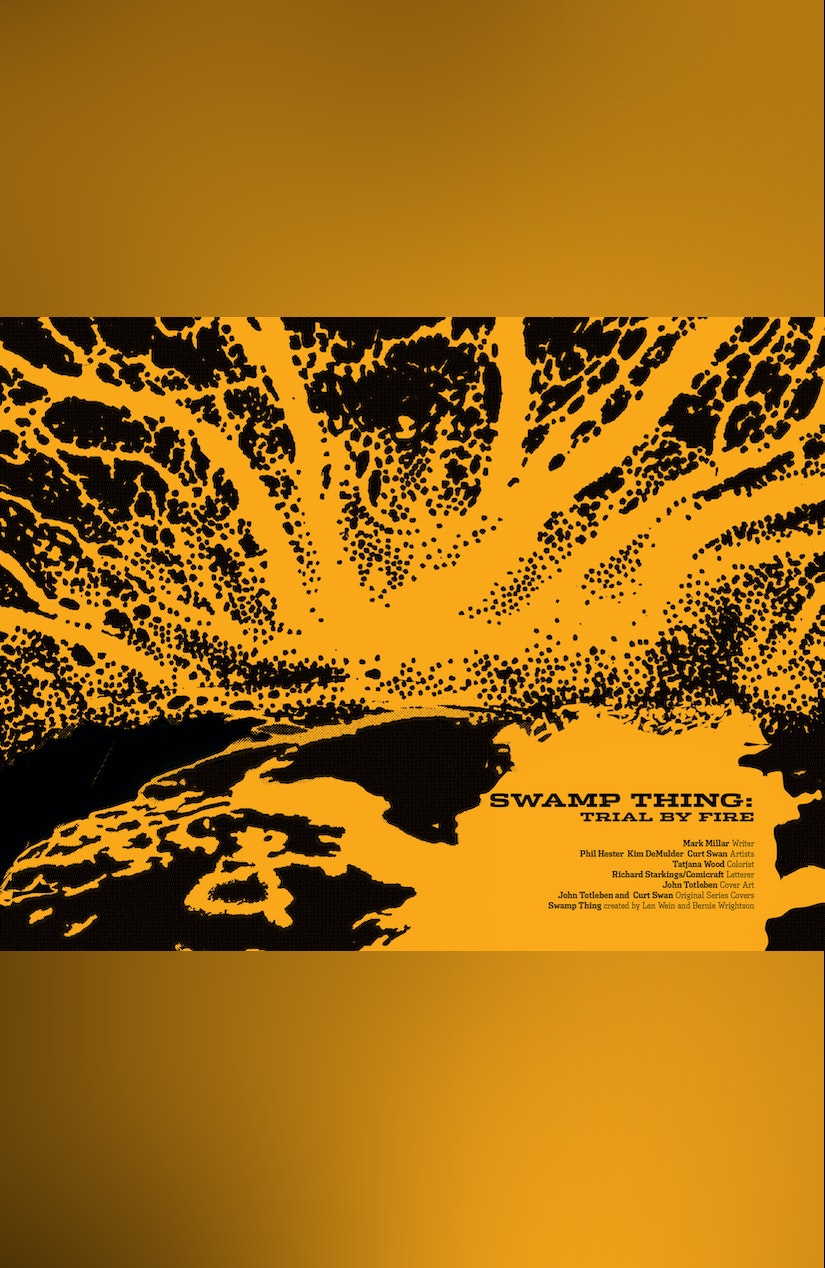 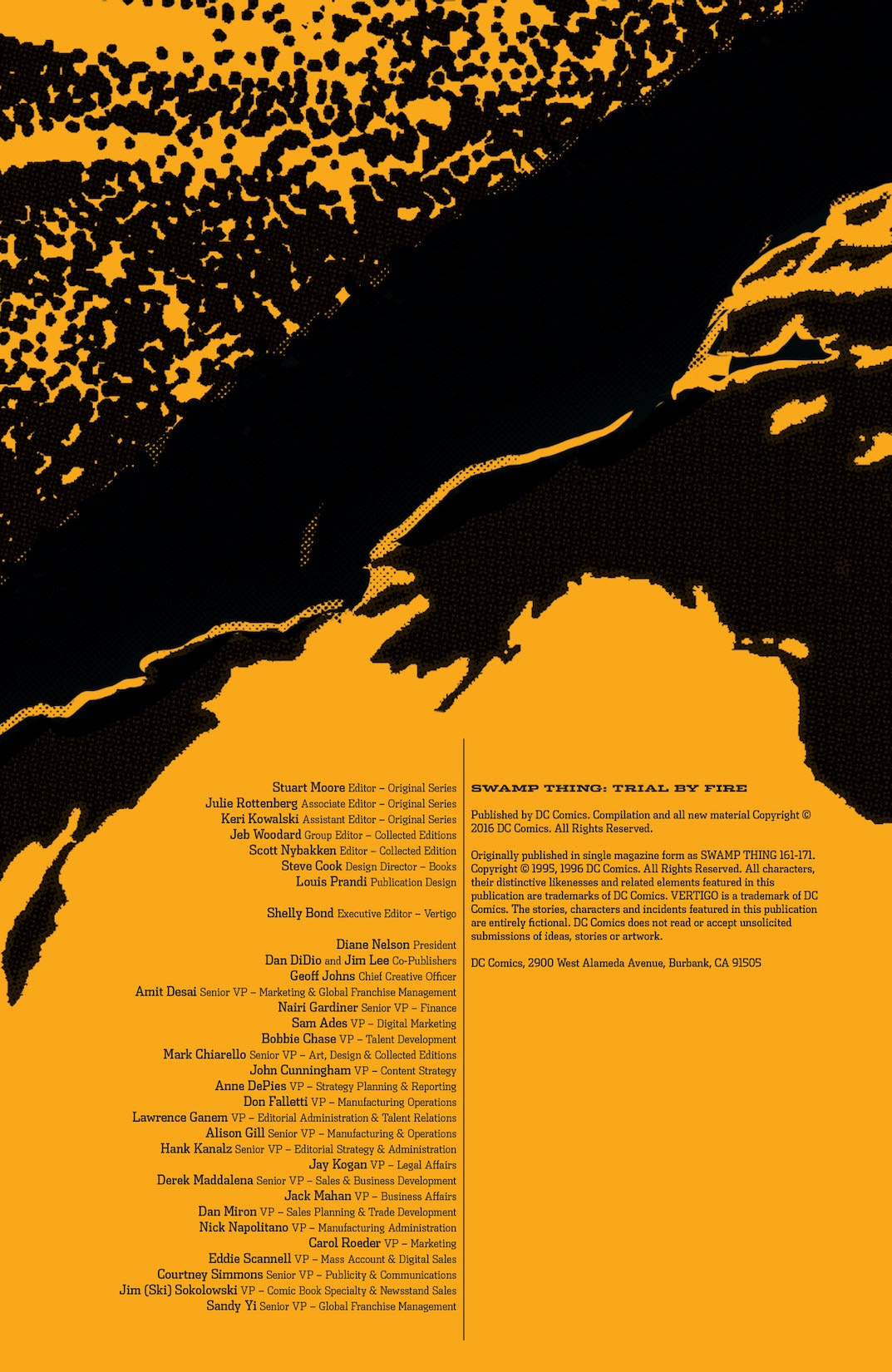 The Parliament of Trees made him the master of all plants. The Parliament of Stones gave him control of the earth on which they grow. And the Parliament of Waves put the waters of the world at his command. With all of this power flowing through his veins, the elemental being known as the Swamp Thing has become like unto a god. And, just like many of the gods that preceded him, he has grown wrathful in his judgment of mankind’s sins. Now, as he undergoes a final, terrifying trial in the purifying fire of the Parliament of Flames, the creature who was once Alec Holland holds the future of humanity in his cold, mossy hands. And while the Swamp Thing’s ties to his human side continue to weaken, dark forces are maneuvering to claim his power for their own. In the end, enemies and allies alike-including his estranged wife Abby and the master magician John Constantine-must make a last-ditch appeal to the man within the monster. If they fail, the choice is stark: kill the Swamp Thing before he completes his trial, or perish along with the rest of Homo sapiens. In SWAMP THING: TRIAL BY FIRE, comics superstar Mark Millar concludes his triumphant run on the legendary VERTIGO series with a powerhouse performance illuminated by art from Phil Hester, Kim DeMulder and Curt Swan. Collects issues #161-171.