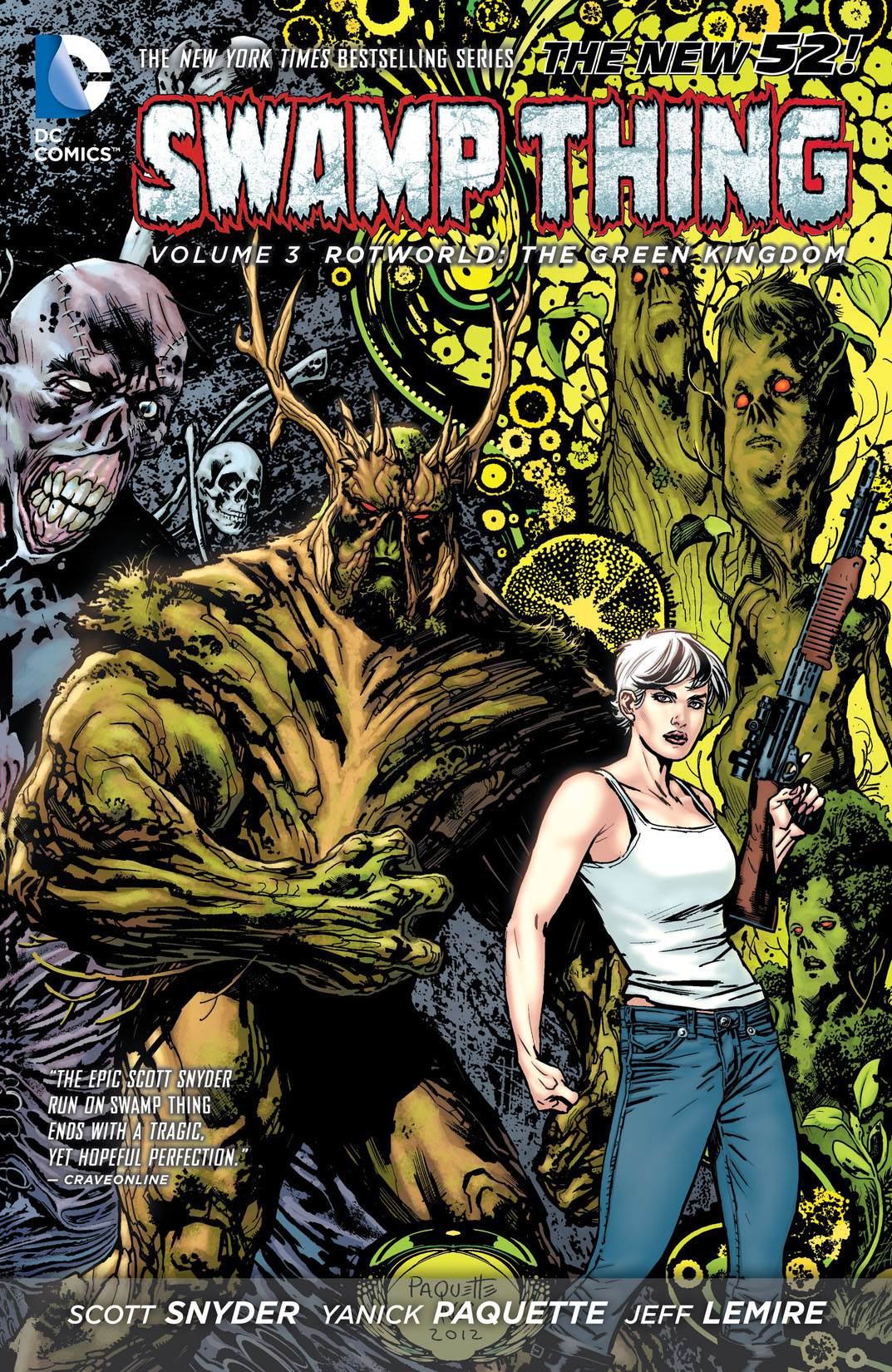 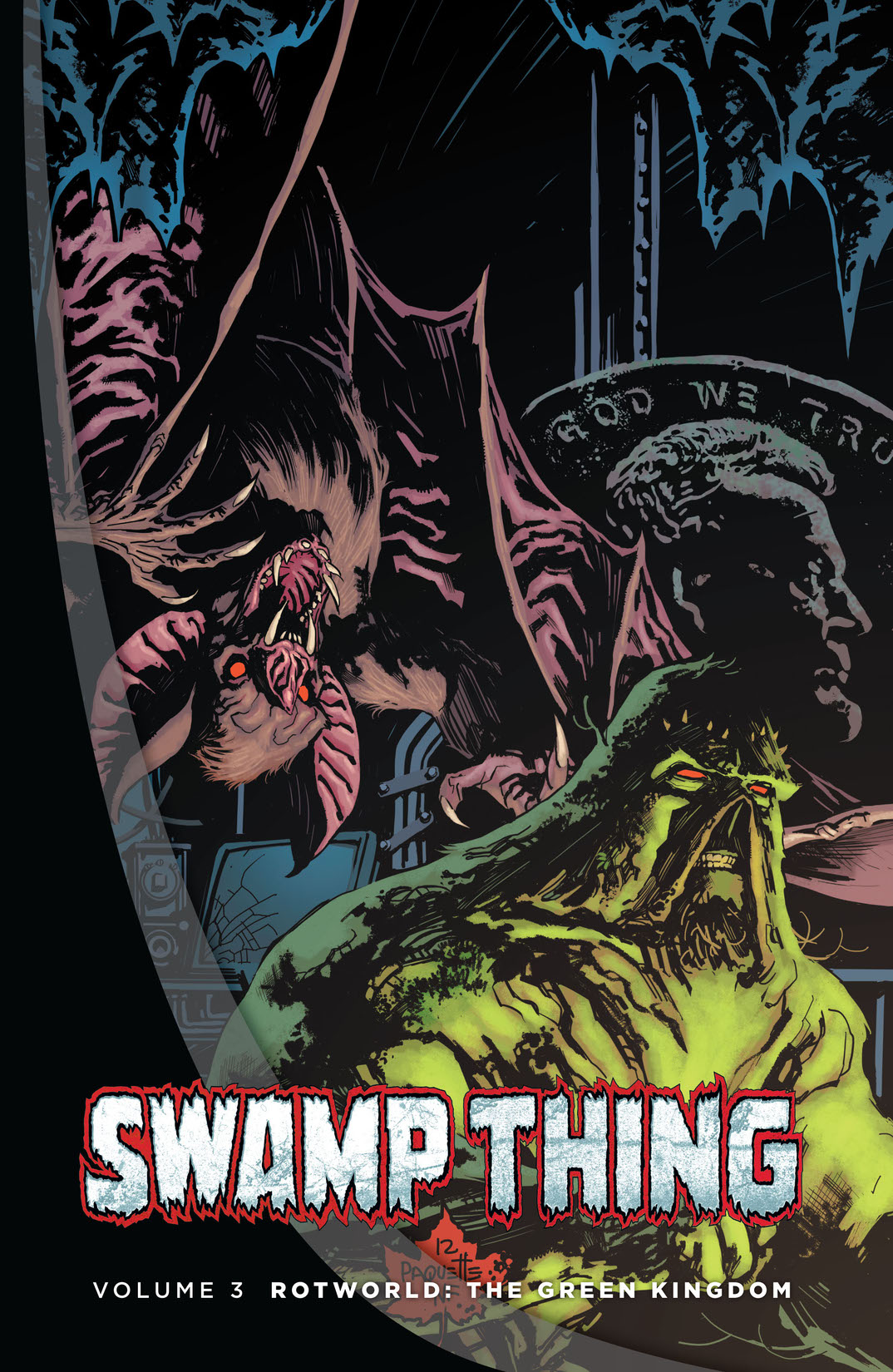 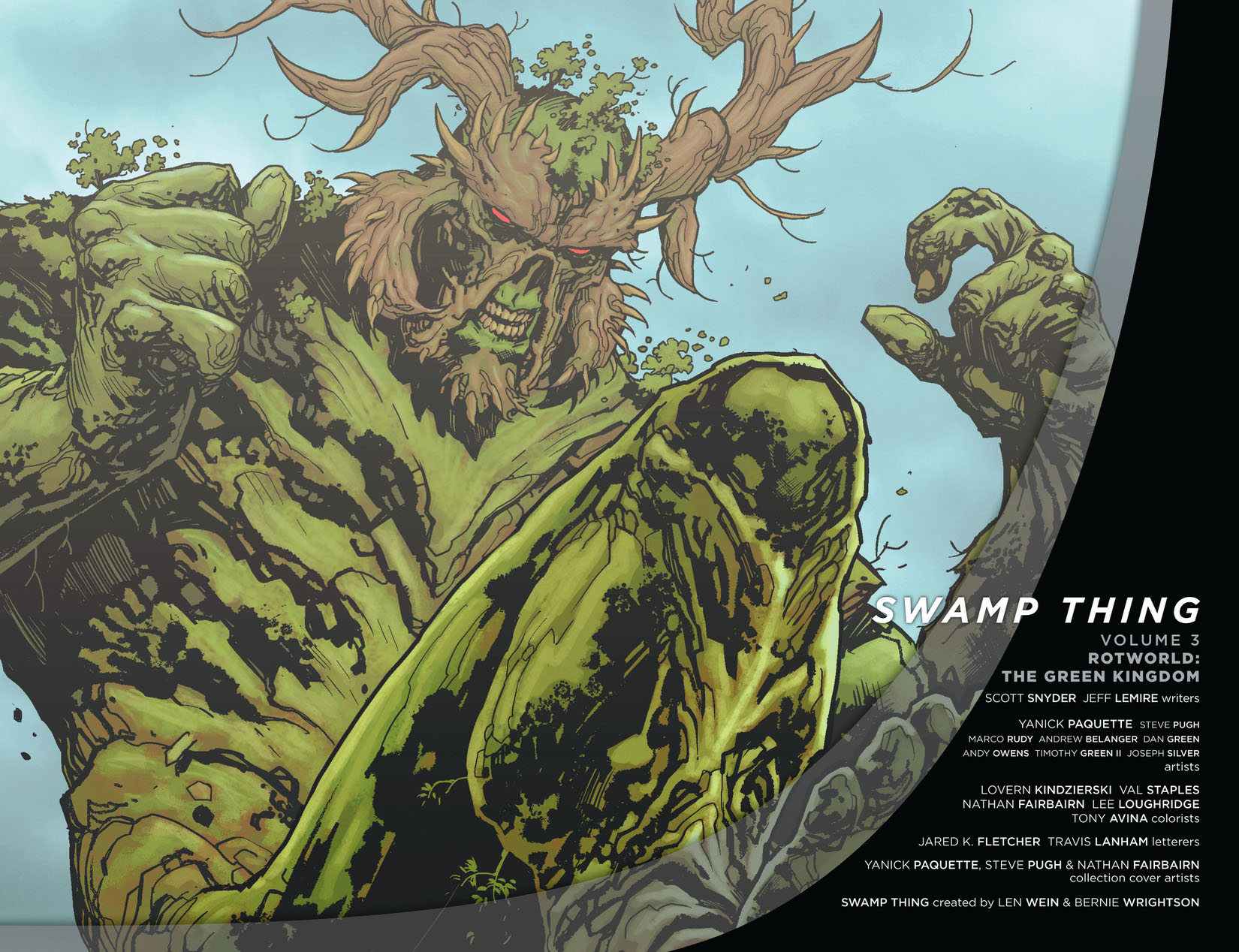 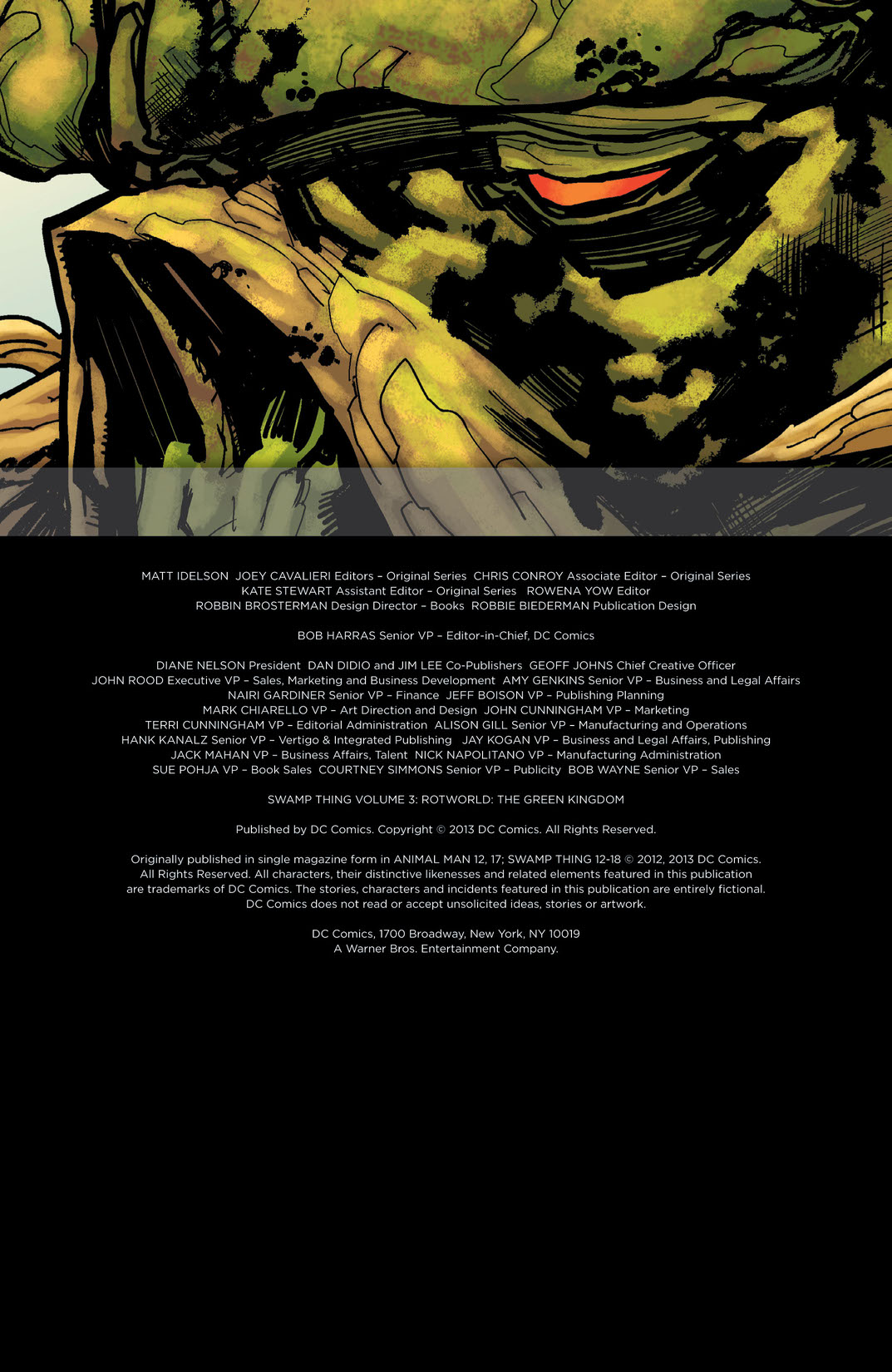 The world has fallen to the Rot! Animal Man, a.k.a. Buddy Baker and Swamp Thing form an uneasy alliance as they find that after facing down the undead forces of Anton Arcane that the world has fallen deep into a decrepit future where the world is consumed into a withering land of decay. The two heroes travel the decimated planet, scrounging up misfit crimefighters, whose appearances and histories have been changed by this new hell-scape. In this volume, Swamp Thing finds unlikely allies in Deadman and Poison Ivy, as he ventures deep into Gotham to find the man who always has all the answers: Batman. But will the Caped Crusader be enough to break Rotworld? New York Times best-selling authors Scott Snyder (BATMAN) and Jeff Lemire (SWEET TOOTH) team up to conclude a story that began when the New 52 first launched in SWAMP THING VOL. 3: ROTWORLD: THE GREEN KINGDOM. Collects SWAMP THING #12-18 and ANIMAL MAN #12, #17.