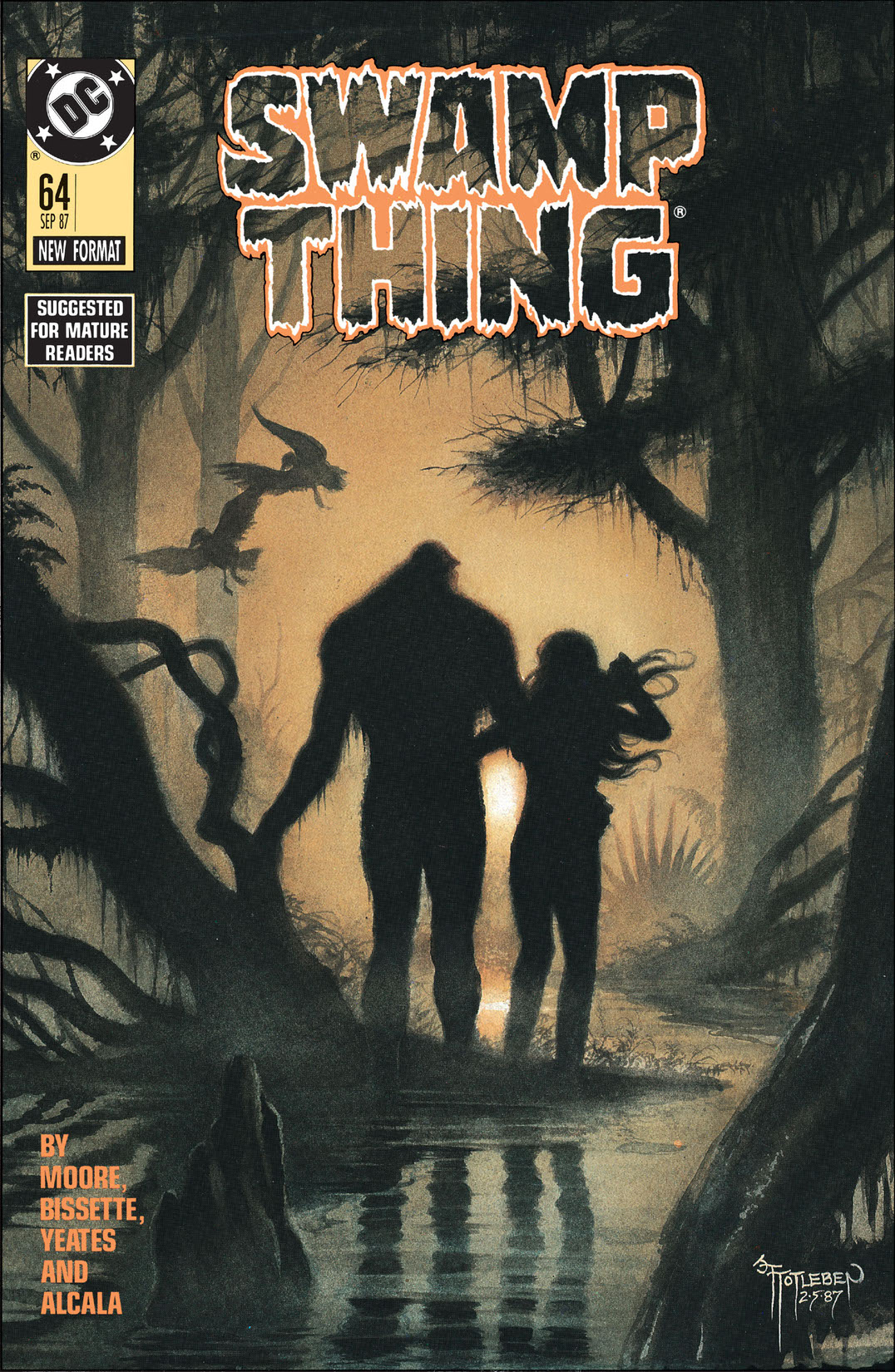 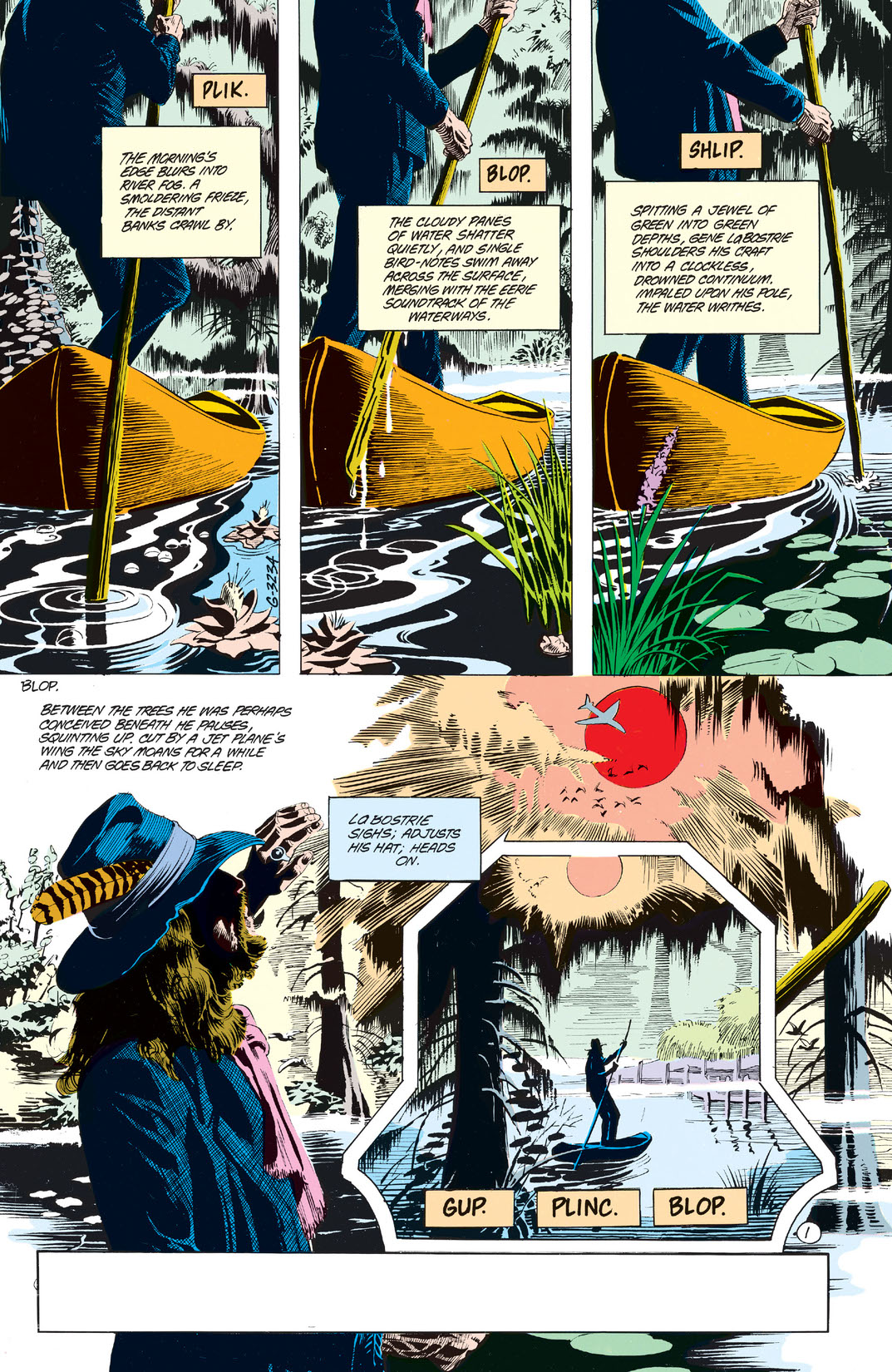 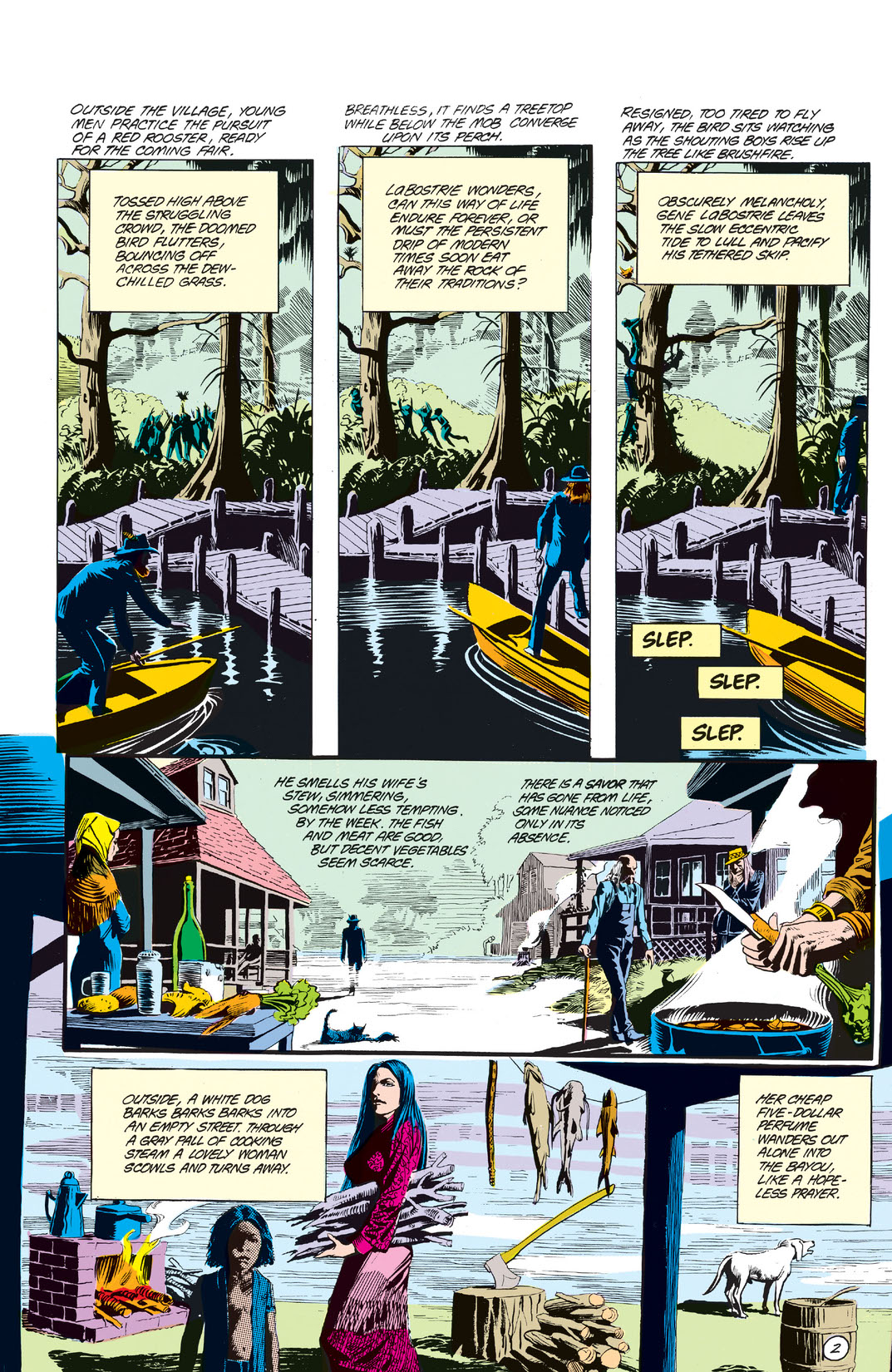 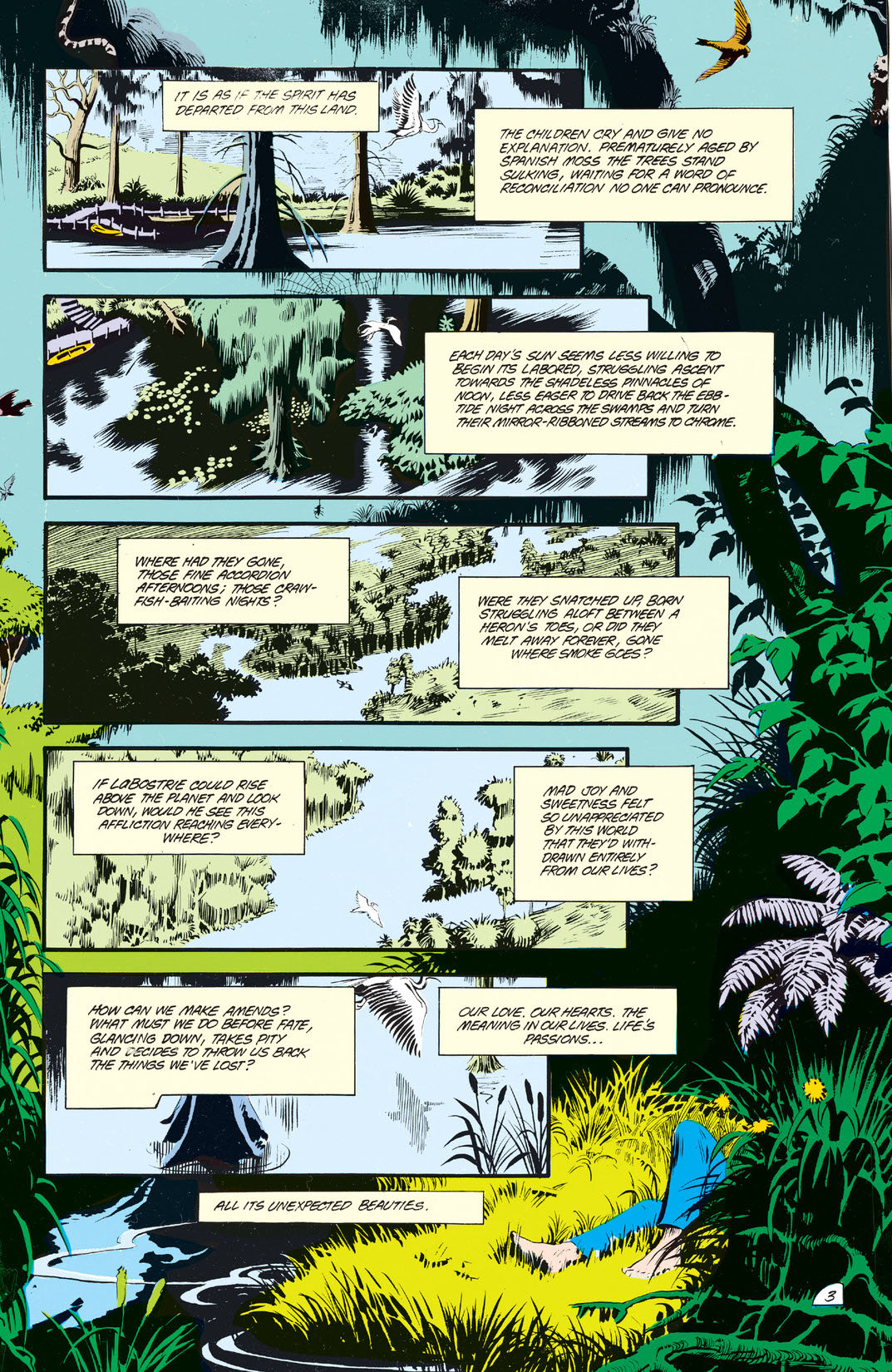 He has battled monsters, demons, villains and heroes. He has conversed with gods and unlocked universal truths. He has seen the four corners of the world, braved the pits of hell, and explored the stars. But there is nowhere in all of creation the Swamp Thing would rather be than back home in the Green in the arms of the woman he loves.