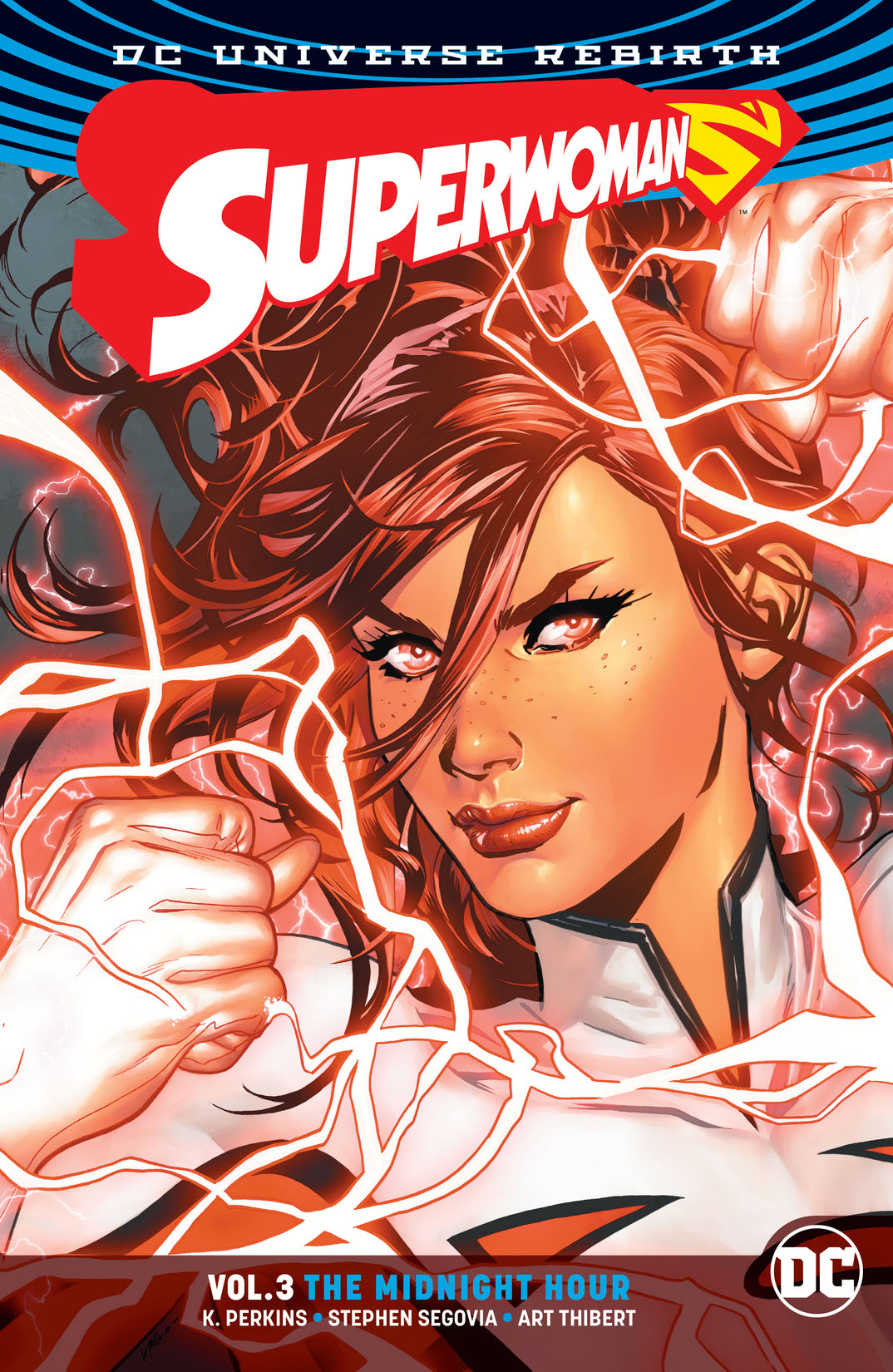 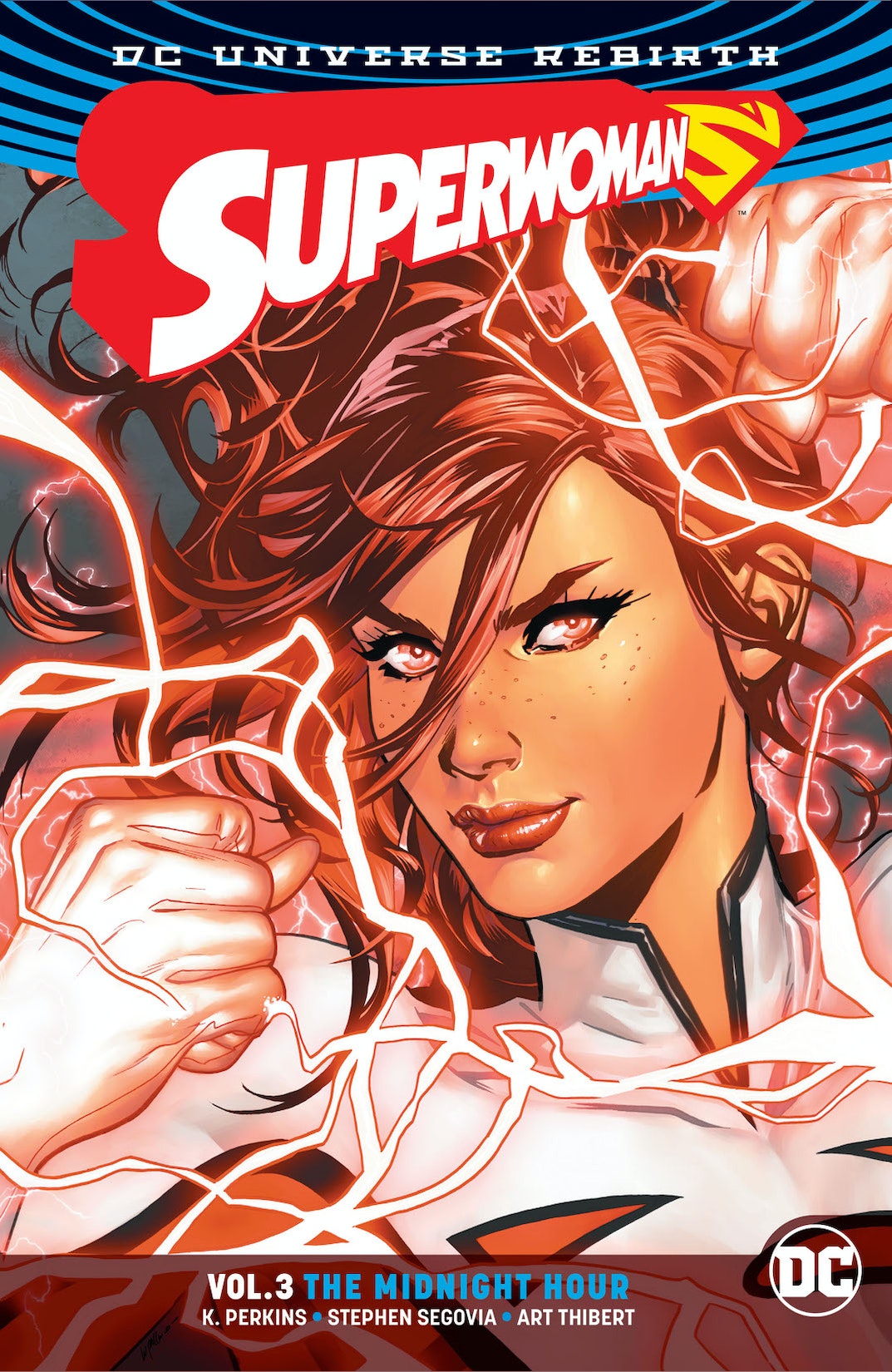 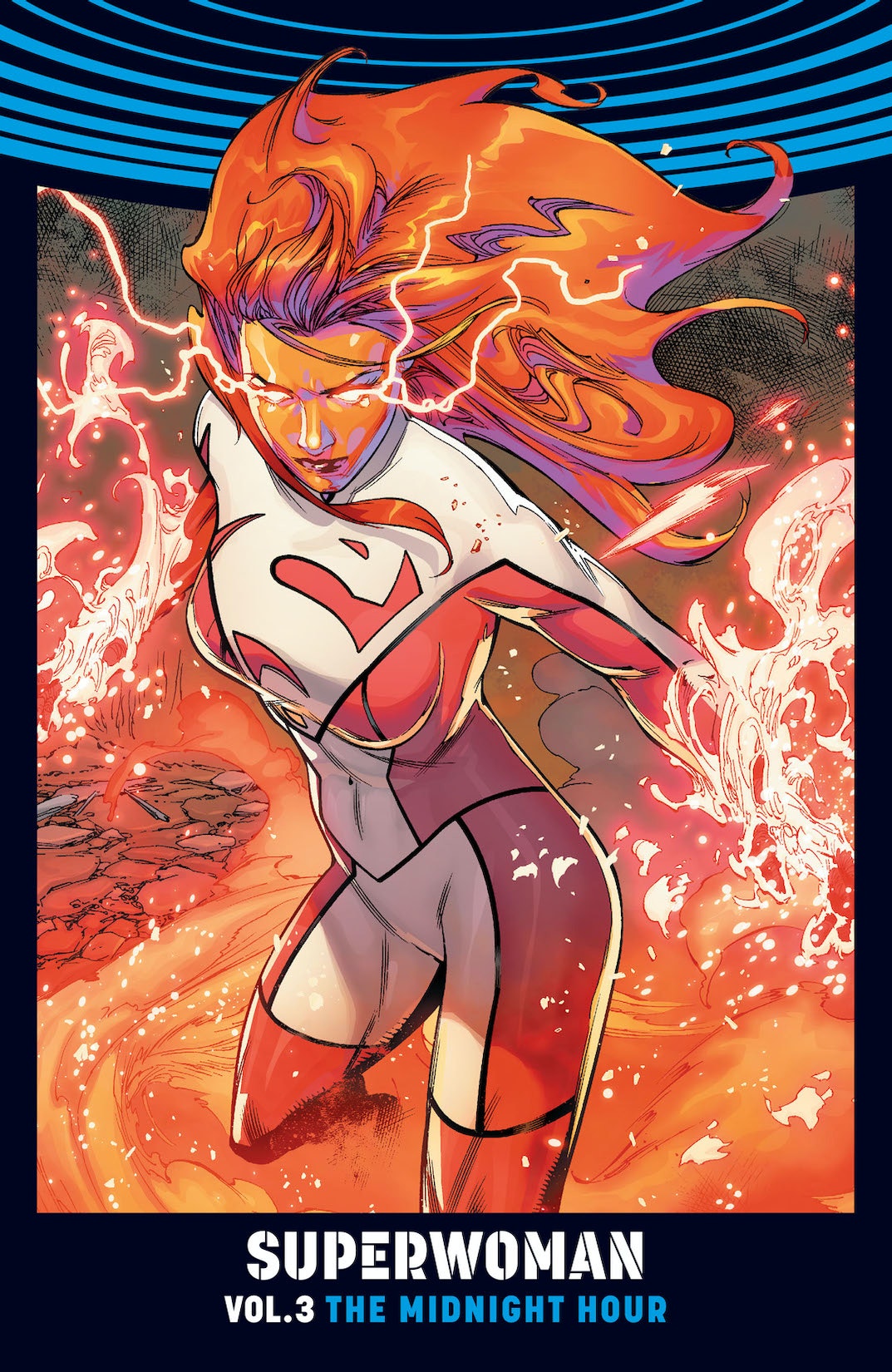 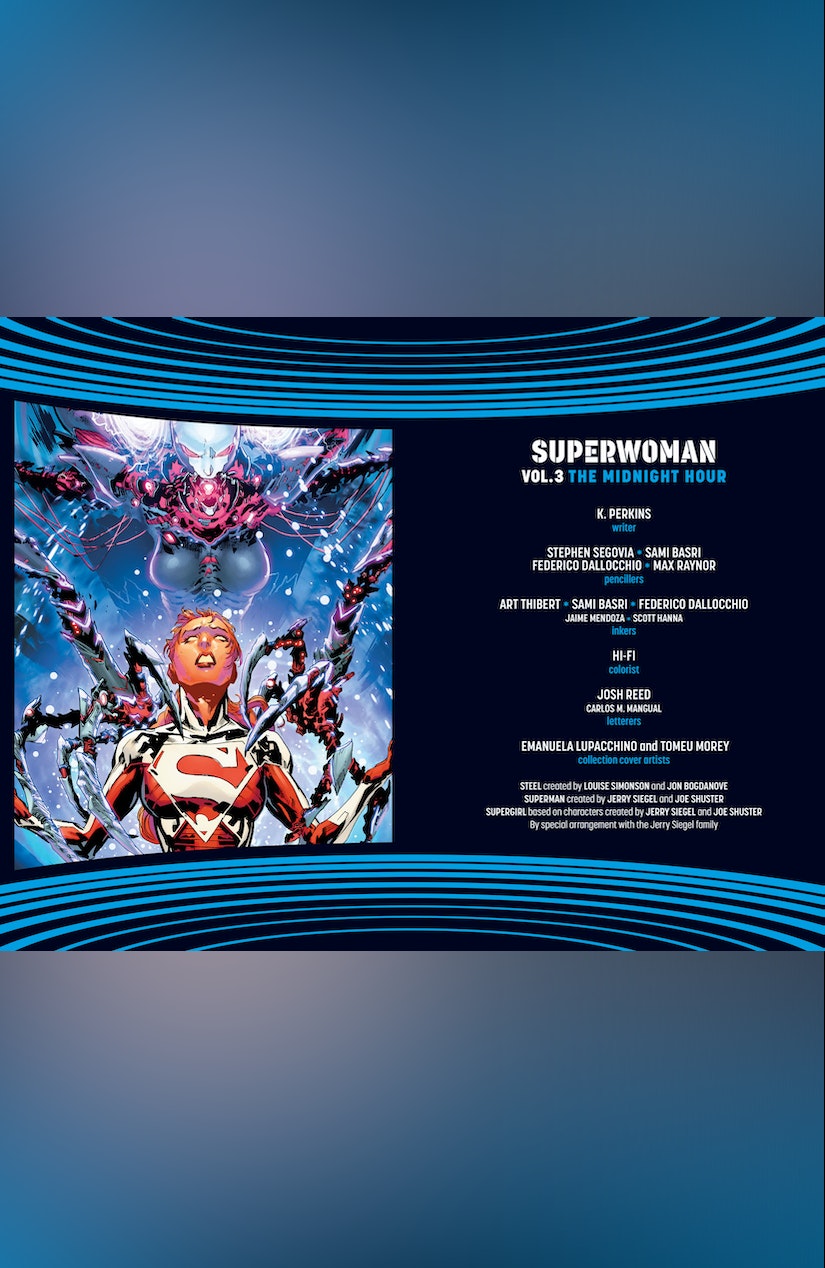 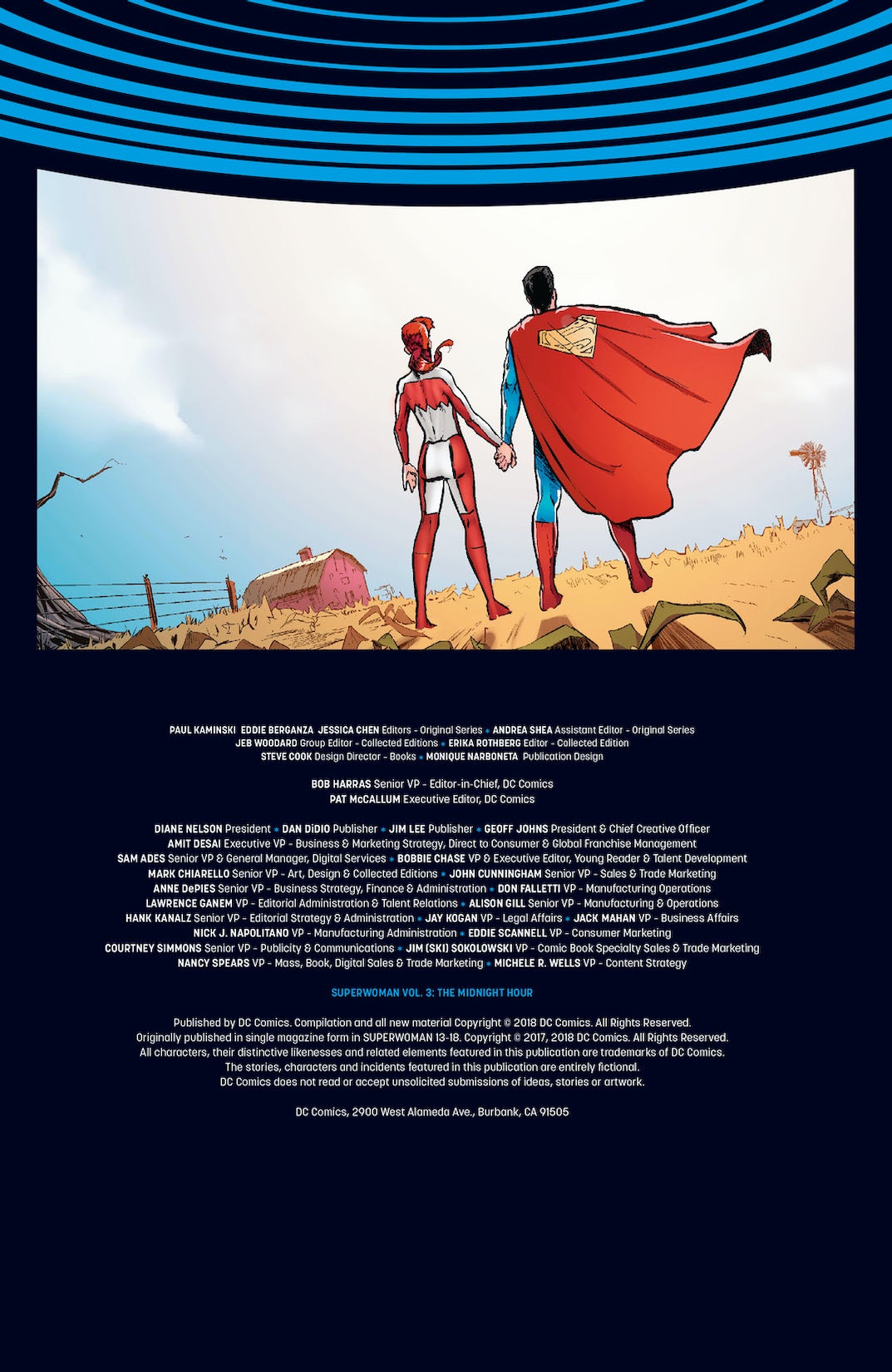 Superwoman has seemingly discovered the source of her powers, rooted in a tragic encounter she had in Smallville as teenaged Lana Lang. But that event left more than one life changed forever, and now it’s up to Superwoman to put together the pieces! While Supergirl and Maxima may be able to help Superwoman survive the latest stage in her super-powered evolution, the mysteries of her powers continue. And before she has time to dig much deeper, a new threat arrives on the scene: an energy being called Midnight, who’s been abducting Superwoman’s foes and allies—including Steel—alike. Is Midnight closing in on Lana Lang herself? What role did Lana have in Midnight’s unexpected origin? And how can Superwoman triumph over a dimension-spanning force that can bend even her to its will? Superwoman’s adventures come to a shocking end in Superwoman Vol. 3: The Midnight Hour, which collects issues #13-18 of the series from writer K. Perkins (Supergirl), with art by Stephen Segovia (Action Comics), Art Thibert (Trinity) and others!