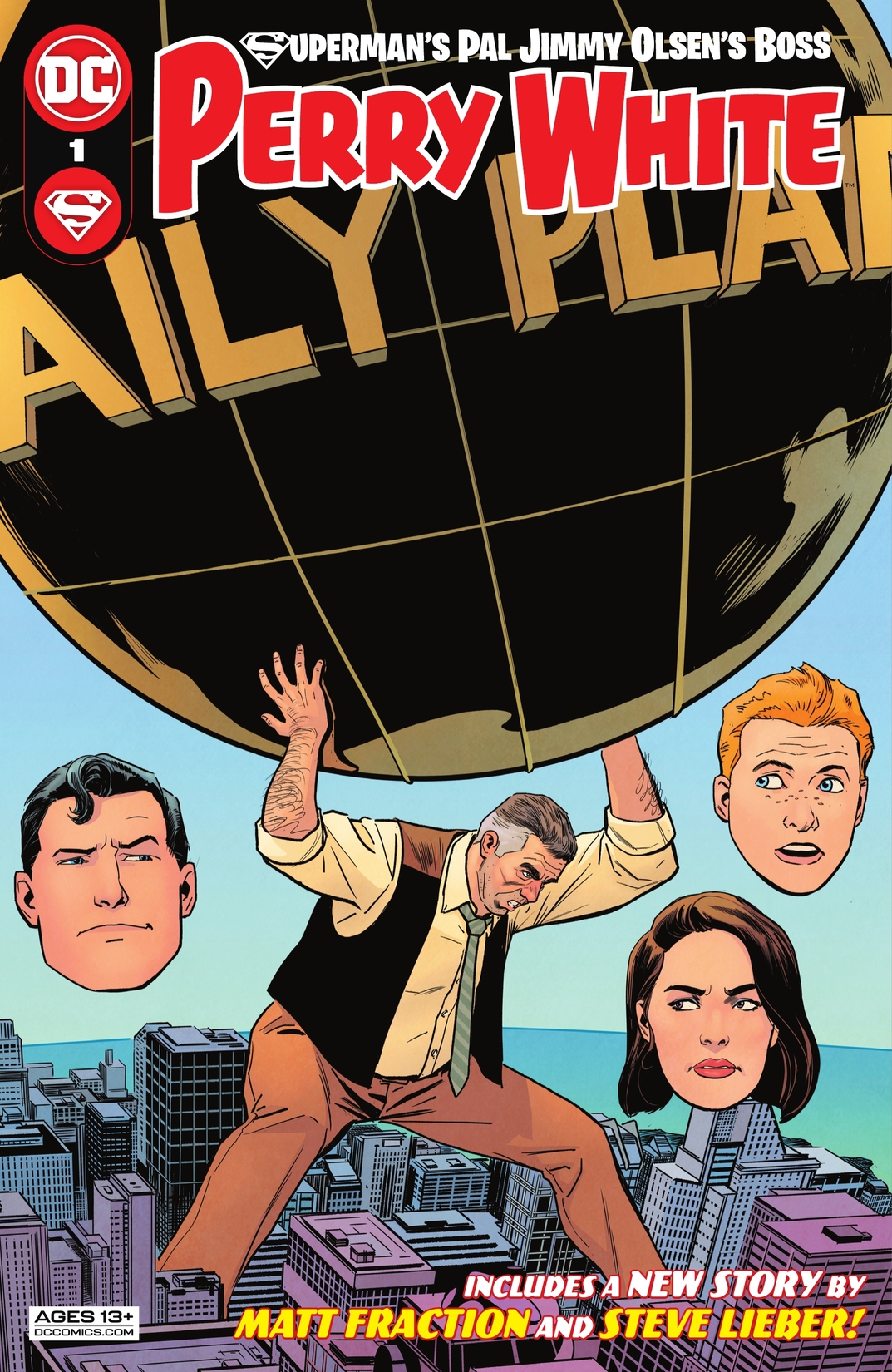 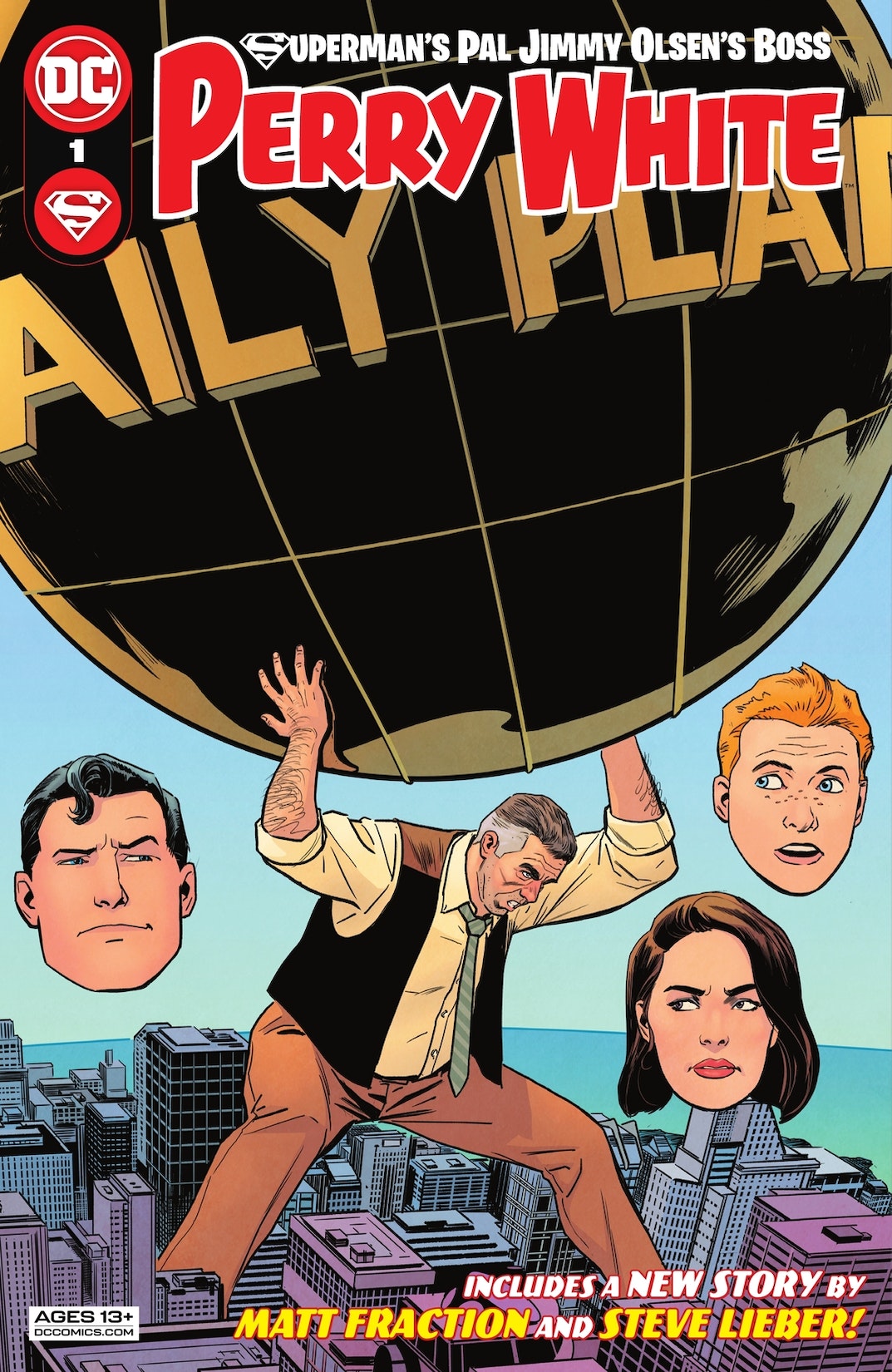 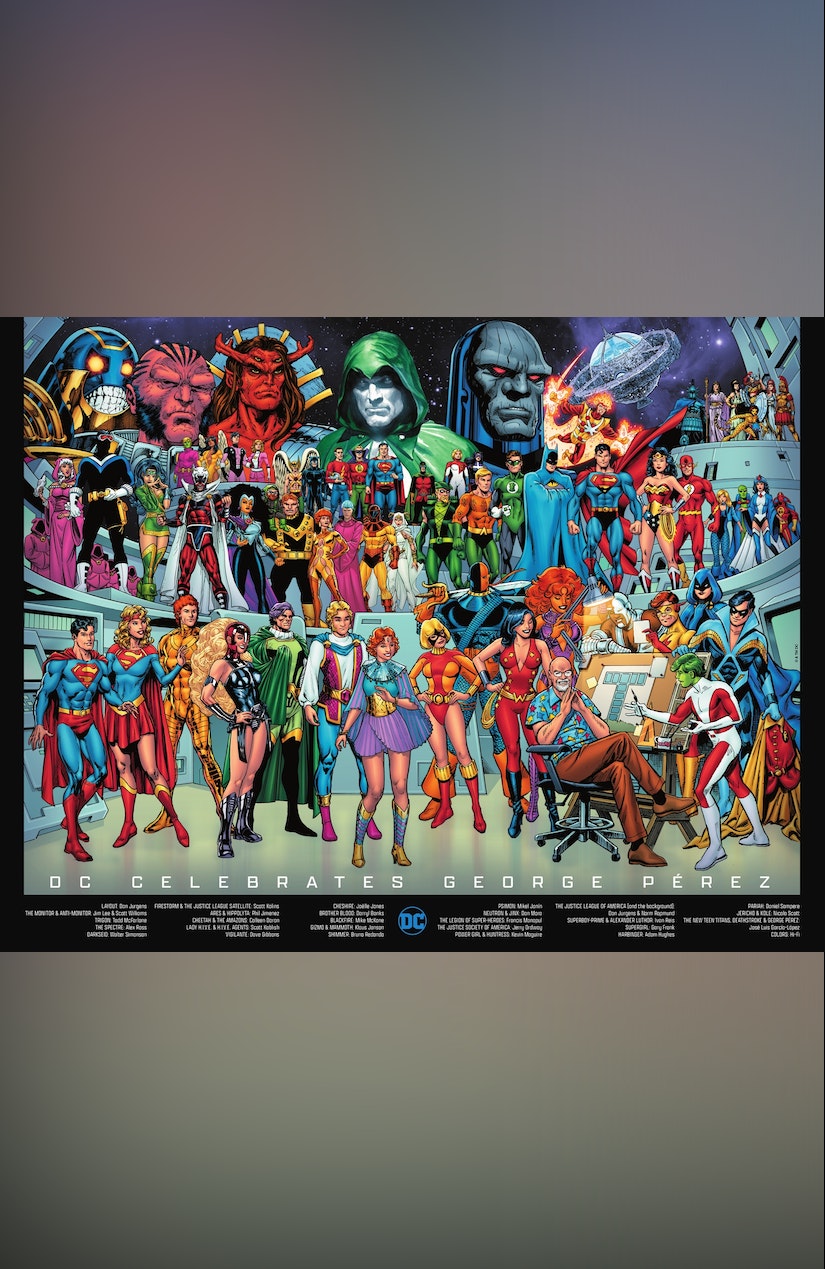 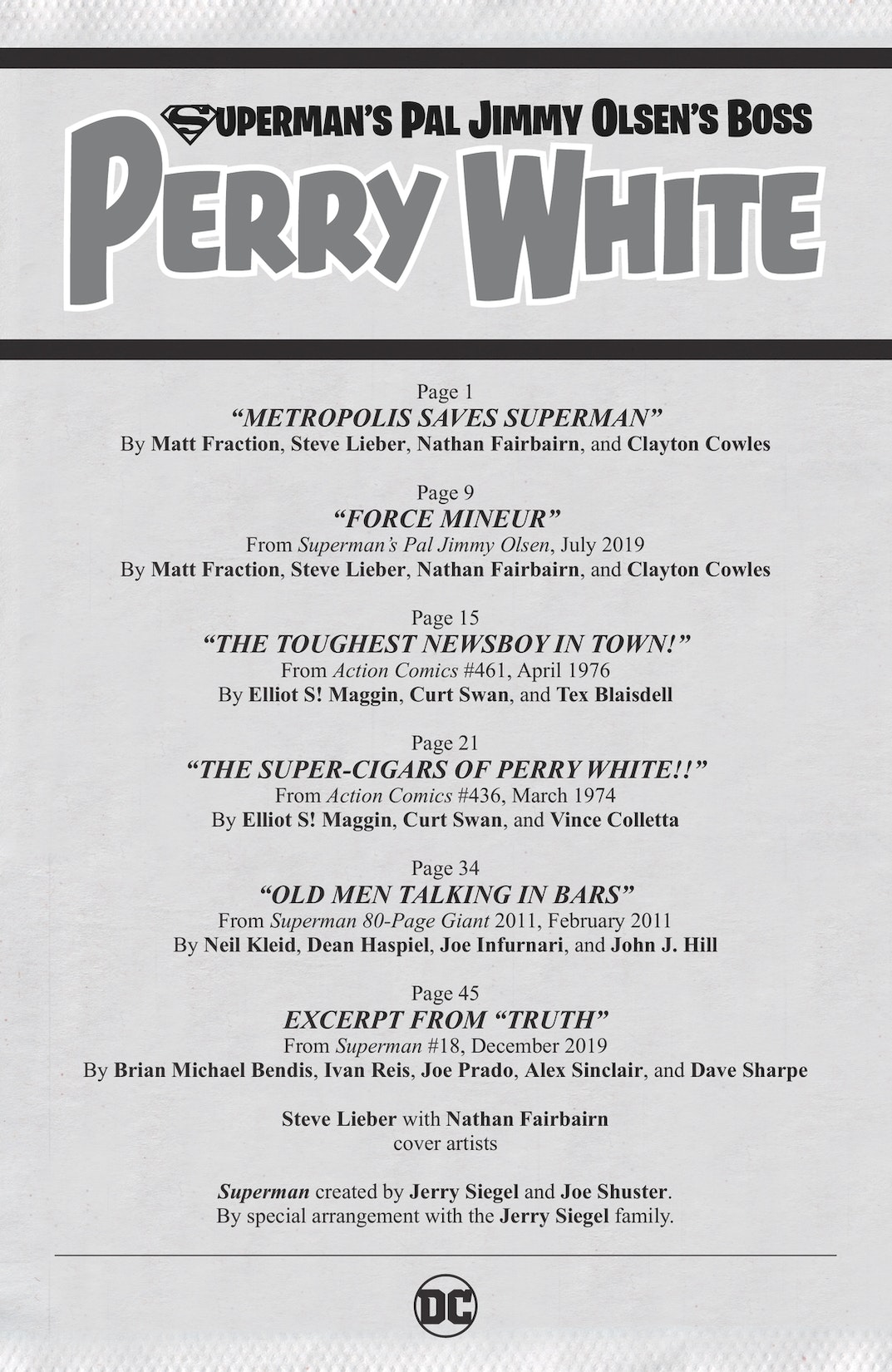 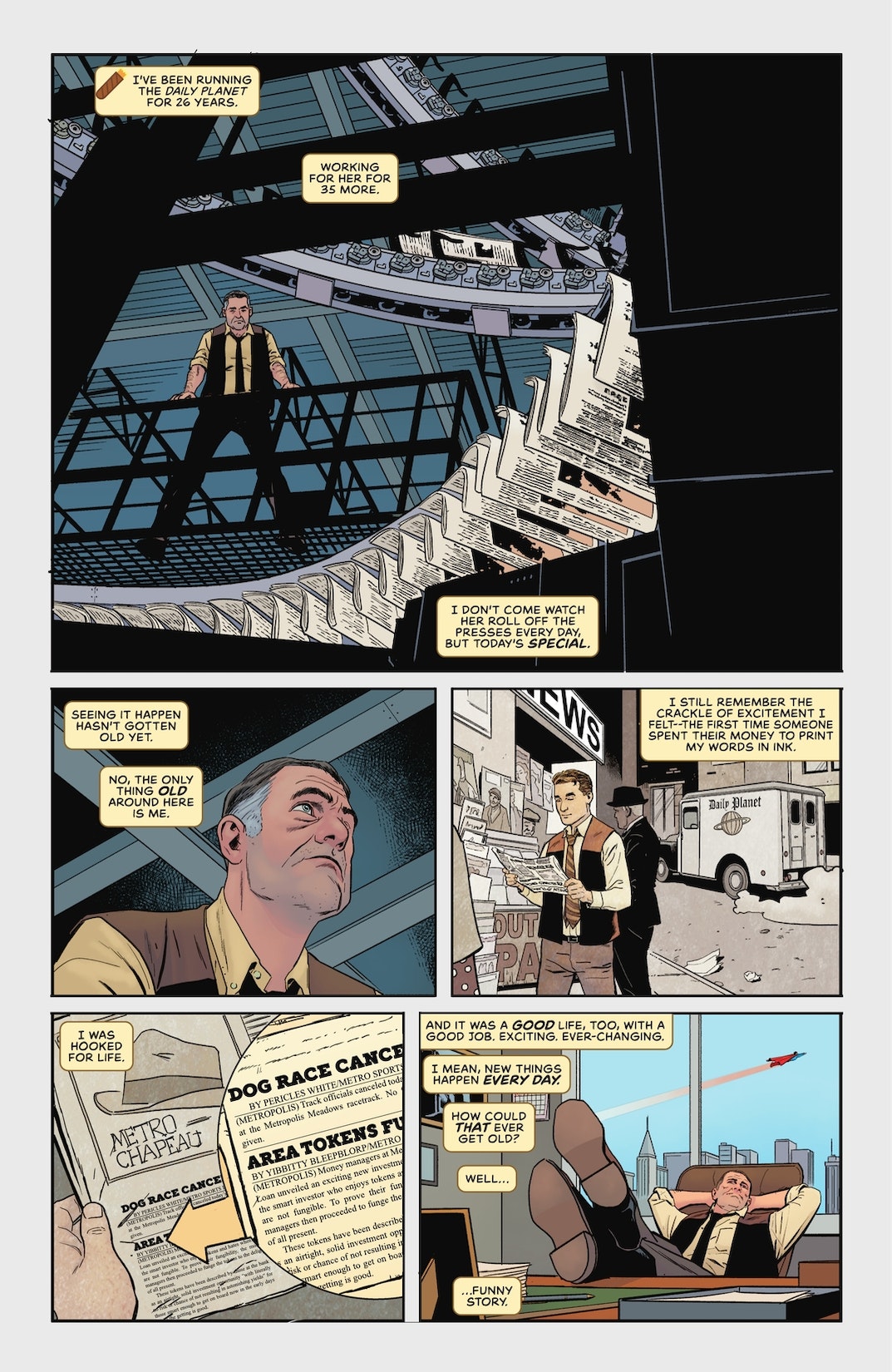 Perry White’s long career in the papers deserves a big celebration, and who better to help than his favorite colleague? No, not Lois Lane. No, not Clark Kent…or that super-guy they all write about. It’s Jimmy Olsen! Yes, the same Pulitzer Prize-winning Jimmy Olsen who’s sometimes a giant turtle! Just don’t call him Jimberly—that’s a reference only Batman’s supposed to know about! Are we burying the lede? Yes. Yes we are. See, this isn’t a Jimmy Olsen announcement. We know you love the guy, and the Jimmy Olsen Fan Club is buzzing with activity now that we’ve got your attention, but this press release isn’t an announcement of a new Jimmy Olsen comic, or a Clark Kent comic, or a Lois Lane comic, or even a Steve Lombard comic (deep cut, but worth it). This release is to announce a Perry White comic! As Editor-in-Chief of the Daily Planet, he’s worth the headlines!! We just added in hyperbole and name-checked Batman (and Superman, but mostly Batman) for the SEO. In a new one-shot comic, Superman’s Pal Jimmy Olsen’s Boss Perry White #1, to publish everywhere comics are sold this June, revisit the Daily Planet and read a new 7-page Fraction/Lieber short story, then see Perry White’s career throughout the years with reprinted stories by Elliot S. Maggin and Curt Swan, Neil Kleid and Dean Haspiel, and Brian Michael Bendis and Ivan Reis! And in case you breezed right past it (we told you ledes were buried!), this announcement doubles as the return of Matt Fraction, Steve Lieber, Nathan Fairbairn and Clayton Cowles to their Ringo and Eisner Award-winning Superman’s Pal Jimmy Olsen: Who Killed Jimmy Olsen? run! You begged for more from this team, and they’re back!