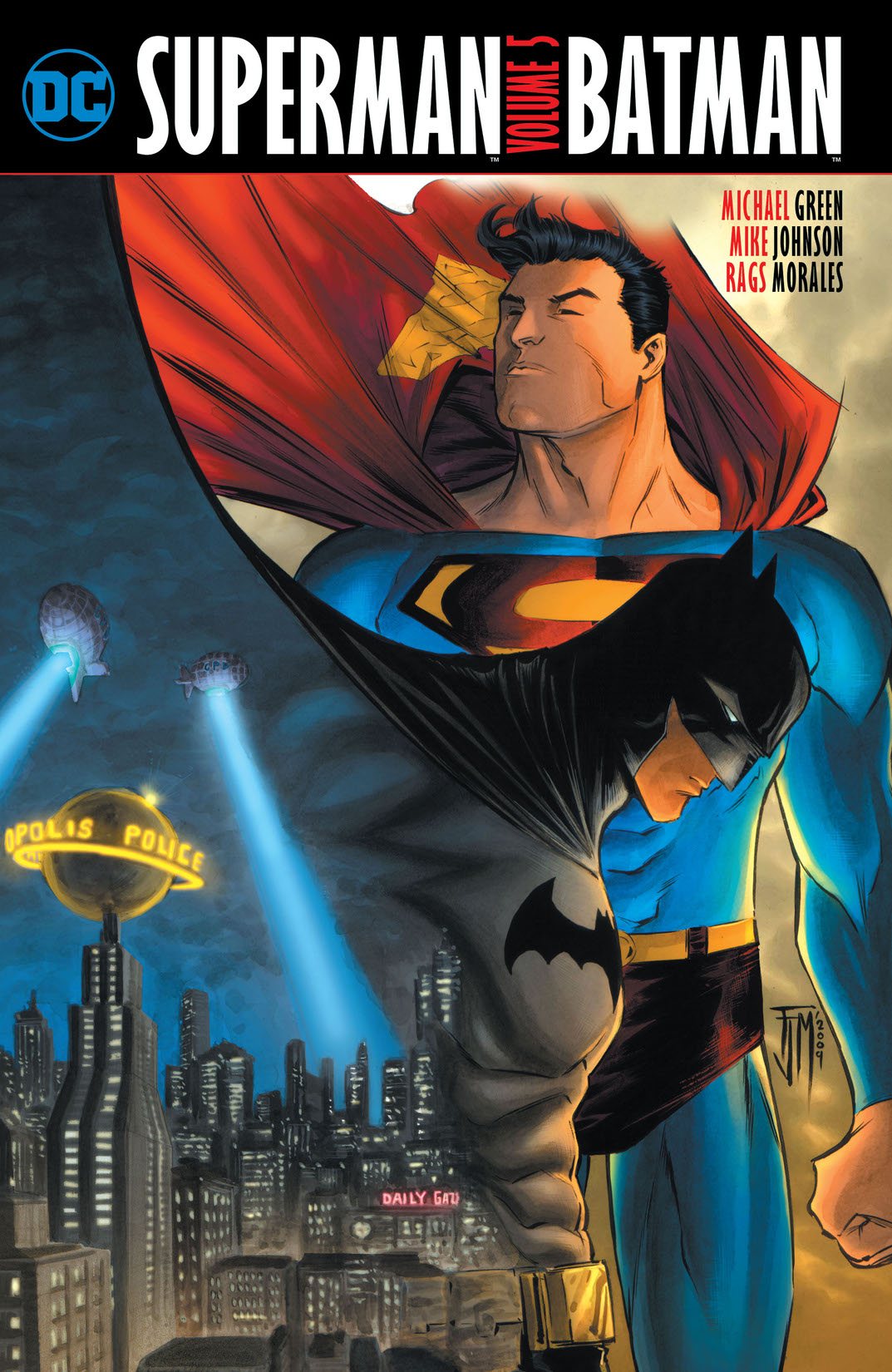 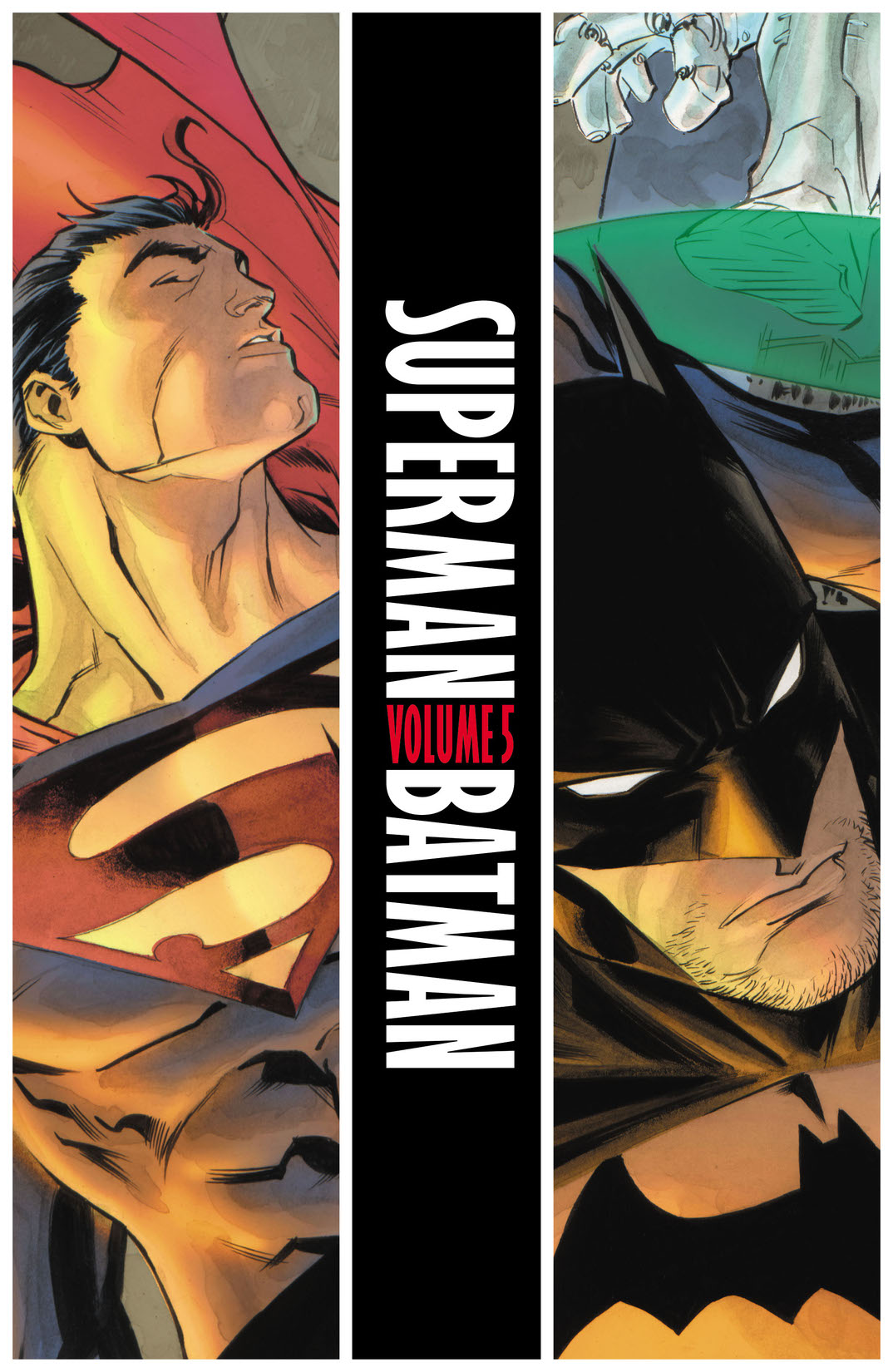 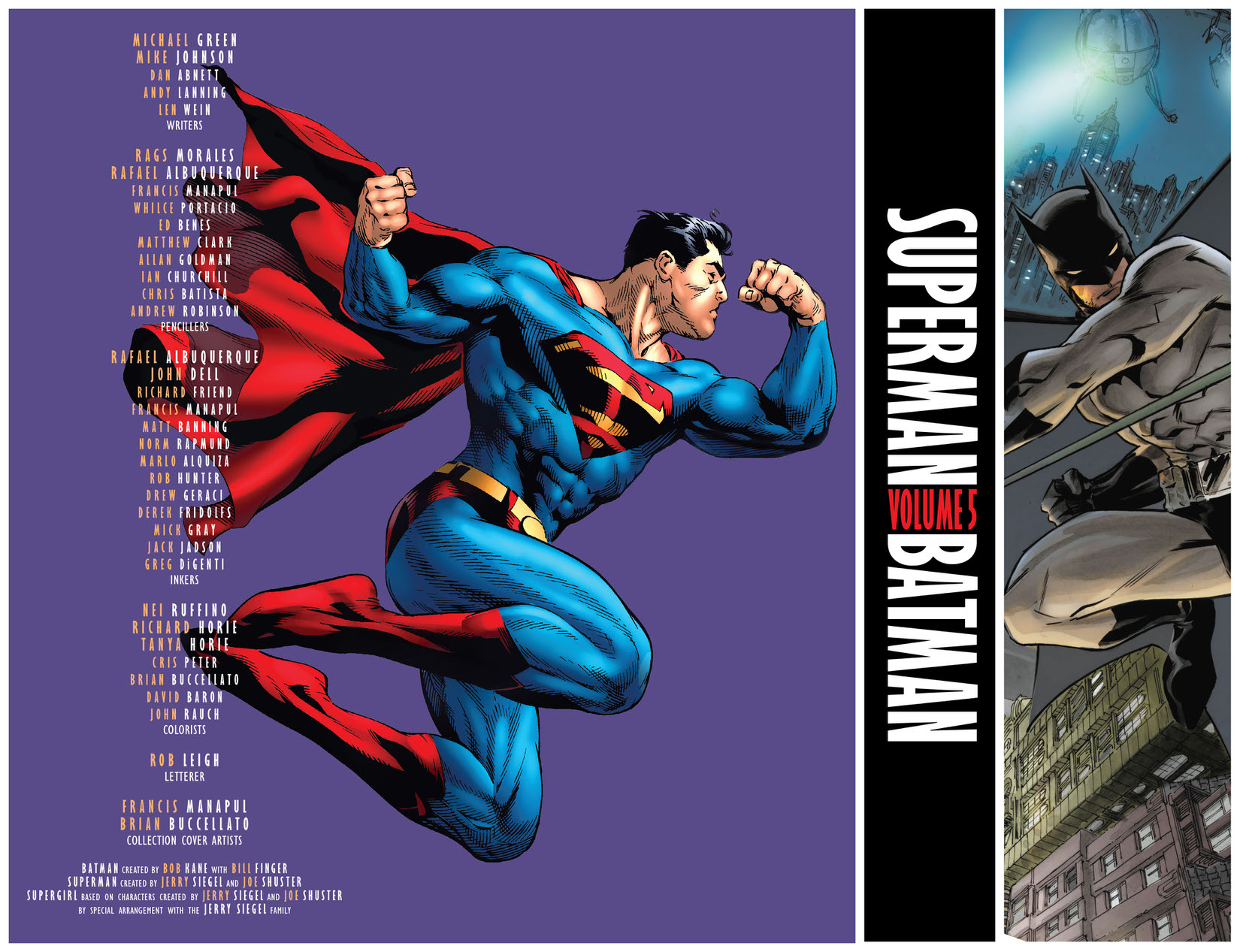 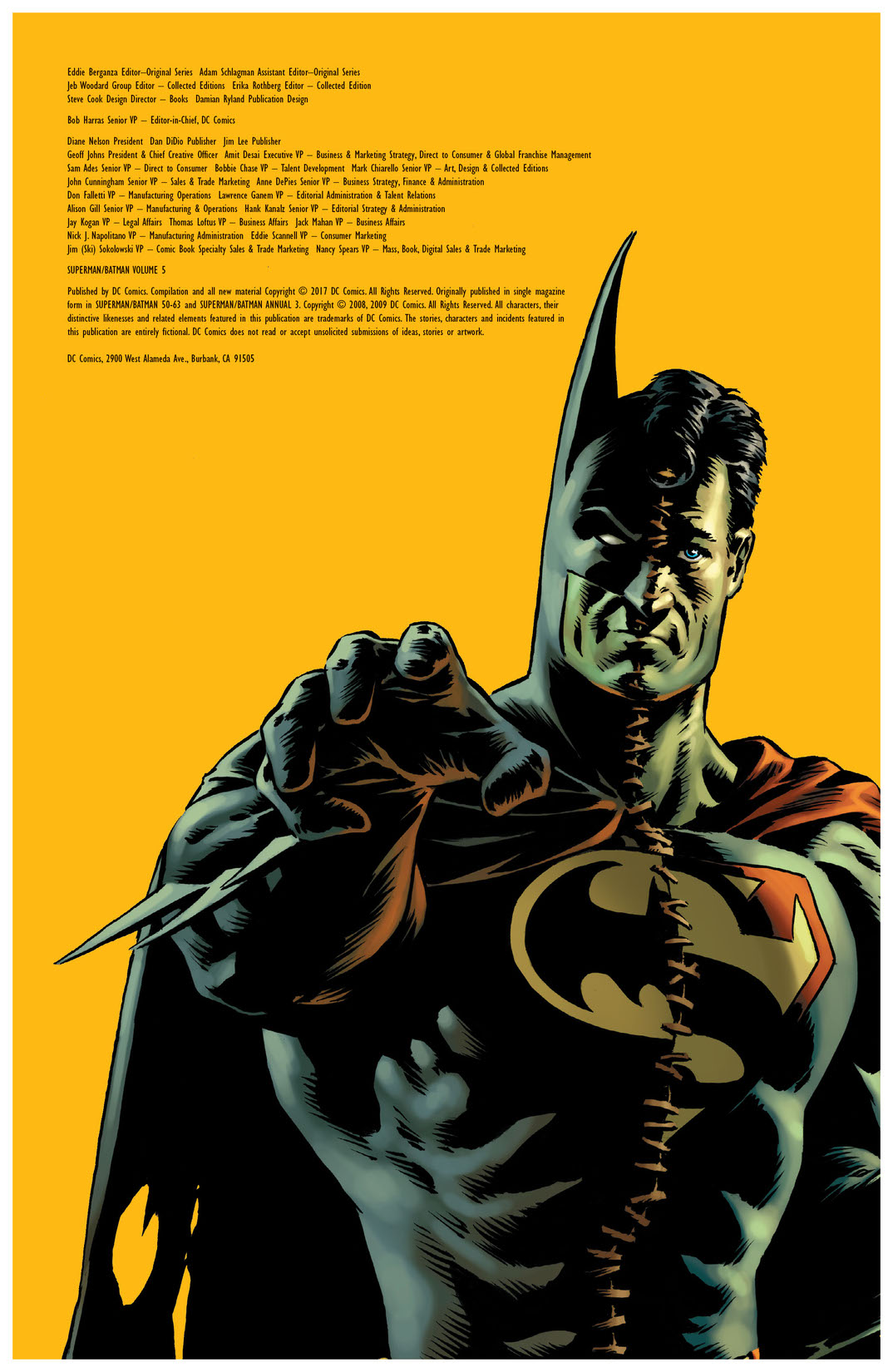 Gotham’s masked protector, Batman, has trained extensively to become a feared caped crusader. His Kryptonian friend Superman was born with superhuman abilities that Earth-born humans could never dream of. Together they are the World’s Finest. When the Silver Banshee attacks Superman, her sonic scream nearly kills the Man of Steel. Mysteriously, his superhuman powers are transferred to Batman, leaving Superman weak and vulnerable. But the Banshee’s devastating attack did more than just gift Batman with Superman’s powers: it also lit a fire of jealousy in the Dark Knight, who vows to keep Superman’s abilities forever. Will Batman succumb to his mad desire to stay superhuman? Can Superman stop Batman without the use of his extraordinary gifts? Writers Michael Green and Mike Johnson (SUPERGIRL) and artist Rags Morales (IDENTITY CRISIS) bring you one of the darkest struggles Superman and Batman have ever faced. SUPERMAN/BATMAN VOLUME 5 collects the classic series SUPERMAN/BATMAN #50-63 and SUPERMAN/BATMAN ANNUAL #3.