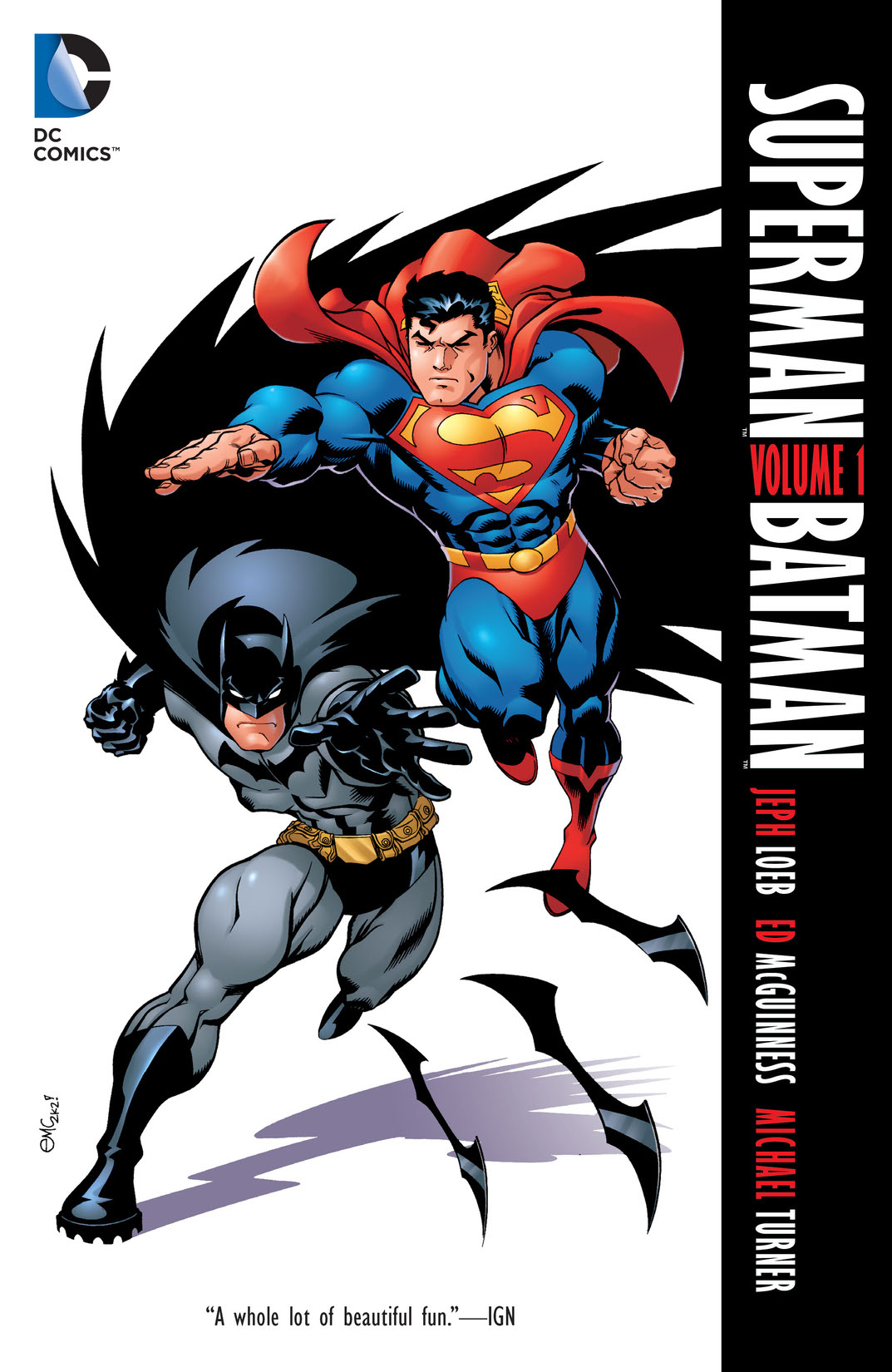 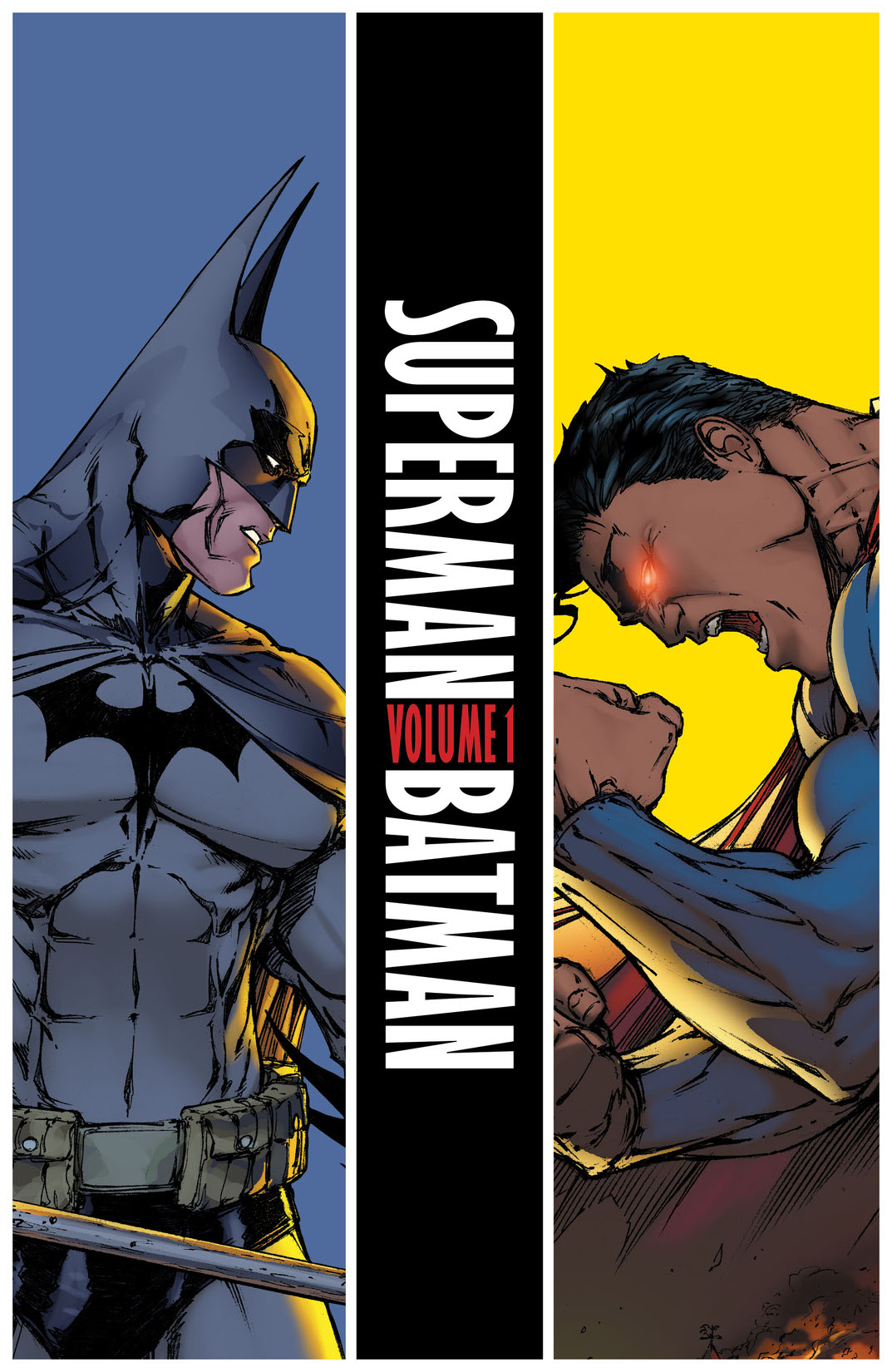 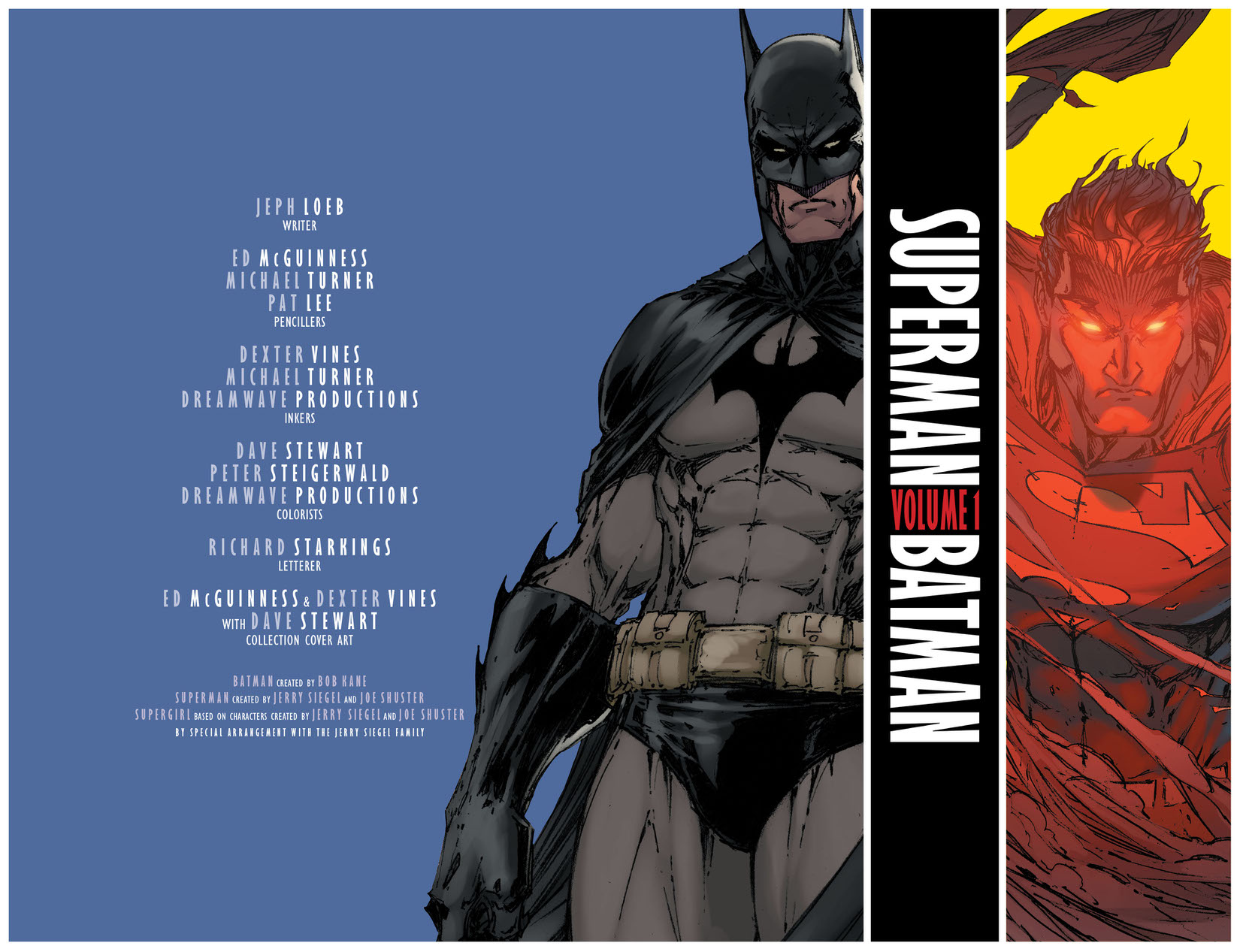 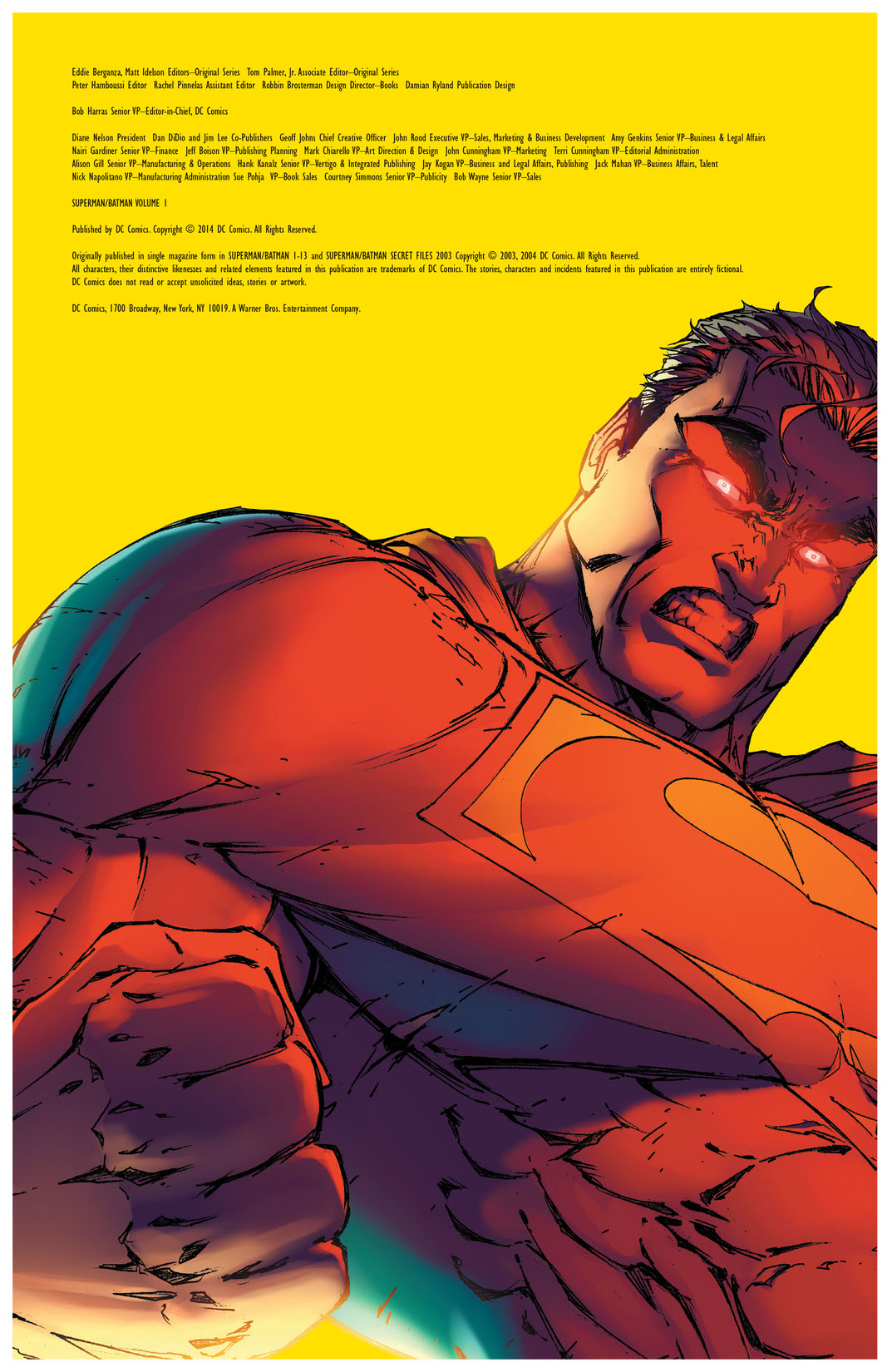 The world's most iconic super-heroes are united for an unbelievable adventure when Superman's greatest foe, Lex Luthor, becomes President of the United States and starts an all-out super-powered hunt for the Man of Tomorrow. Nearby in Gotham, Batman finds that Superman is not the last Kryptonian, as he discovers another survivor alive…Kal-El’s cousin, Supergirl! However, behind this immense discovery may be the gravest threat of all: Darkseid! Together, Superman and Batman square off with against the greatest threats known to the DC Universe in an unforgettable team-up! Acclaimed writer Jeph Loeb (BATMAN: THE LONG HALLOWEEN, SUPERMAN FOR ALL SEASONS) along with superstar artists Ed McGuinness (Avengers vs. X-Men), Pat Lee, and Michael Turner (JUSTICE LEAGUE OF AMERICA) pair together the DC Universe’s finest heroes for an epic, action-packed adventure in SUPERMAN/BATMAN (collects SUPERMAN/BATMAN #1-13).