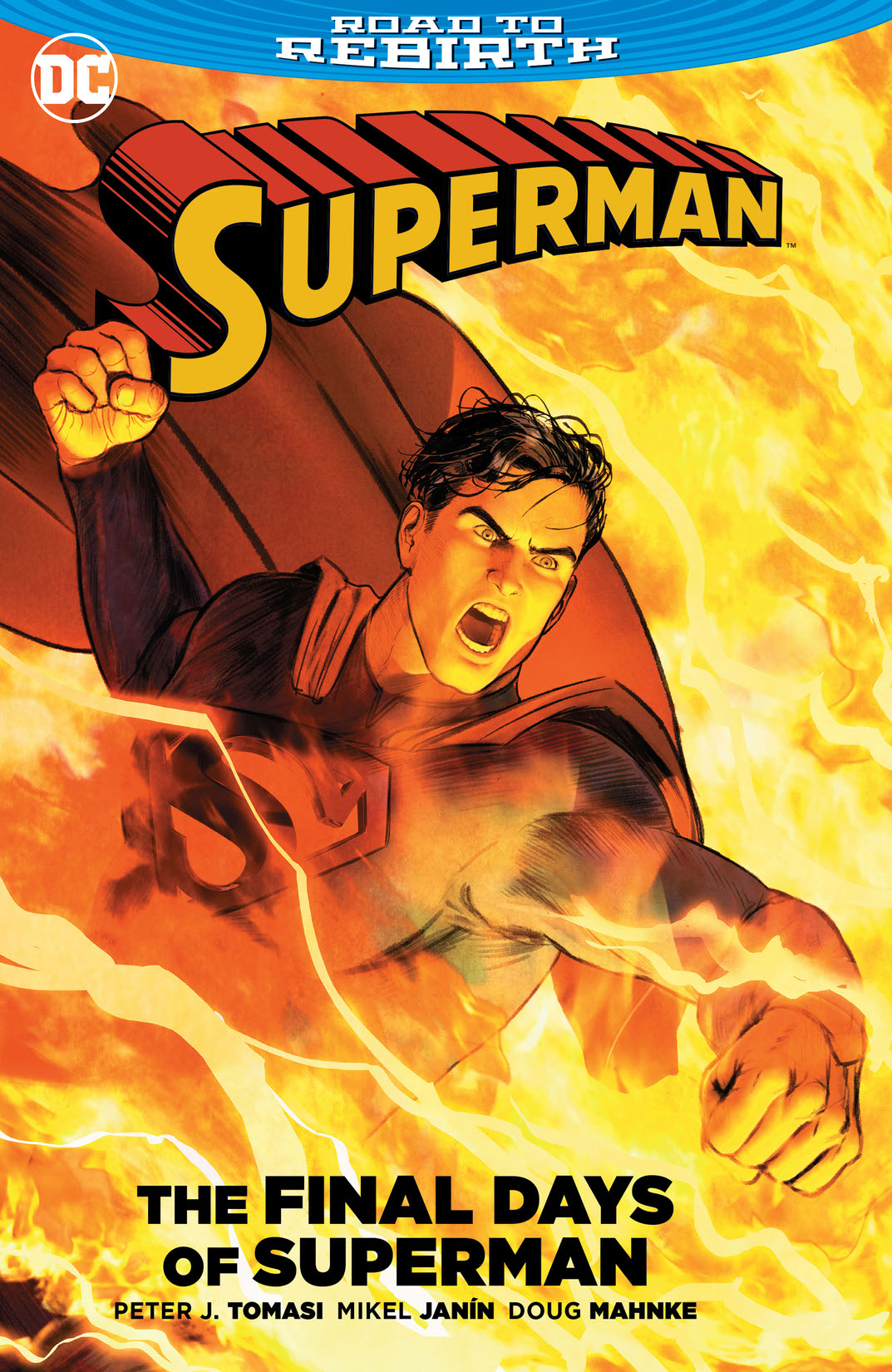 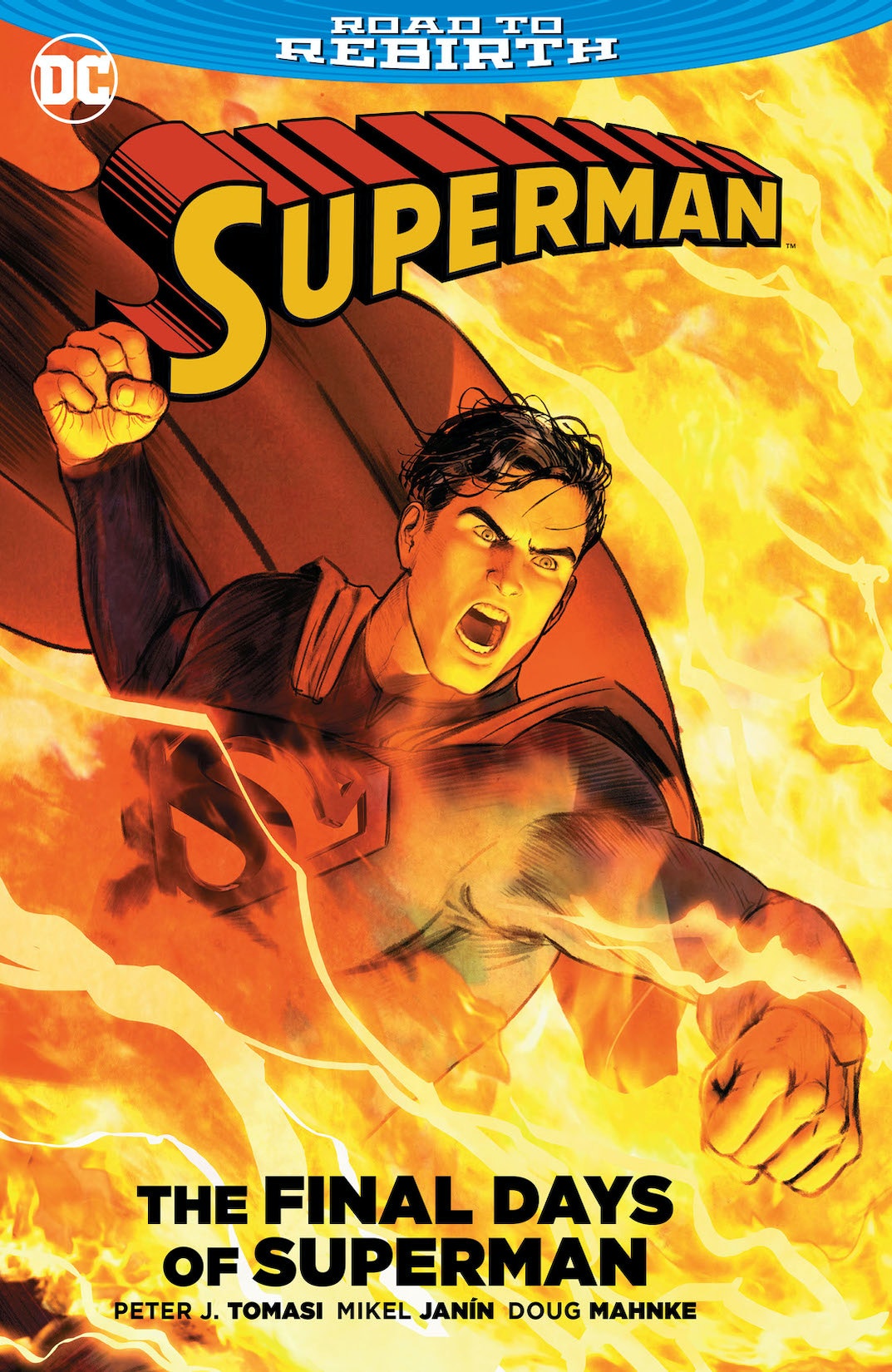 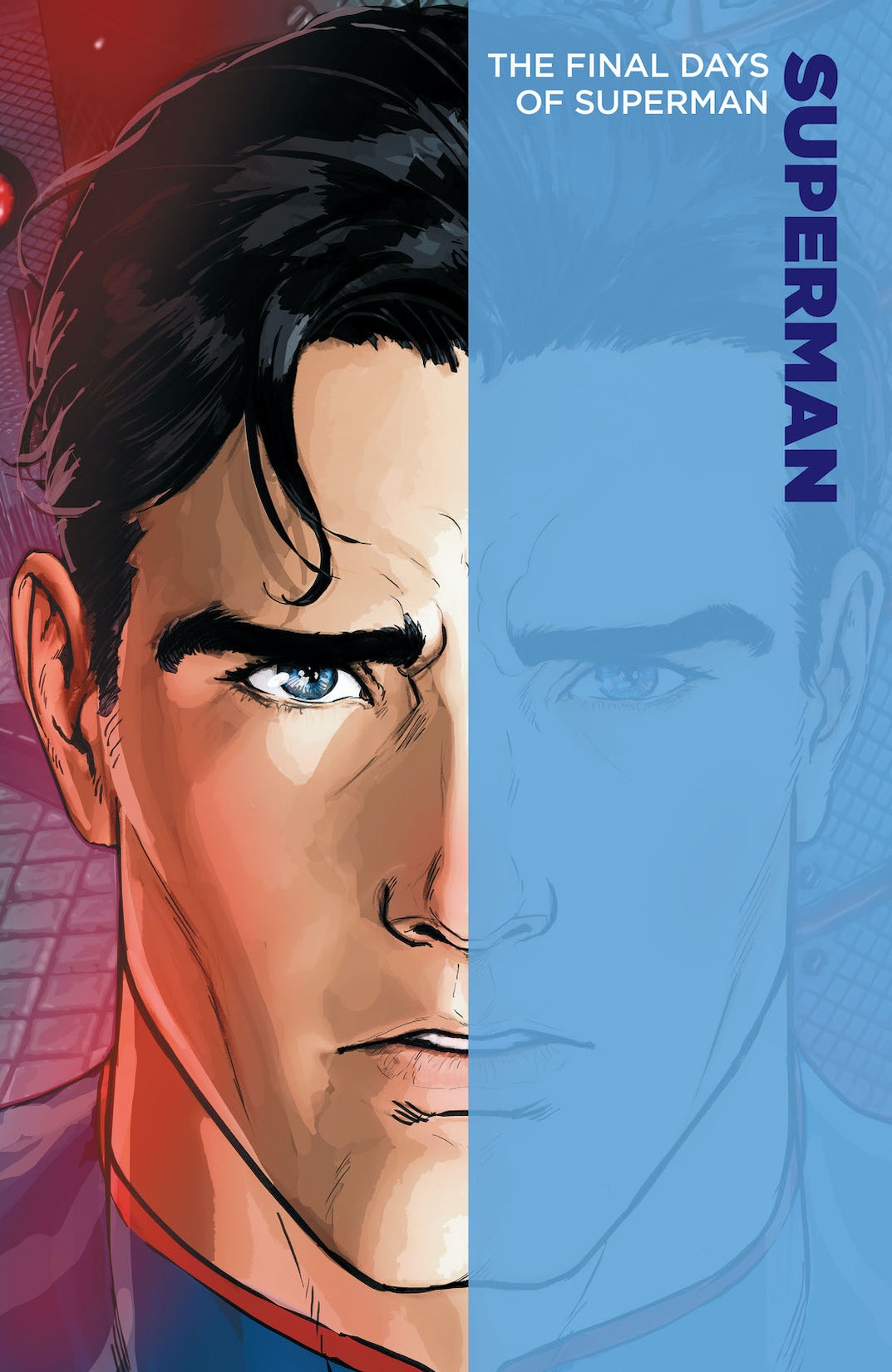 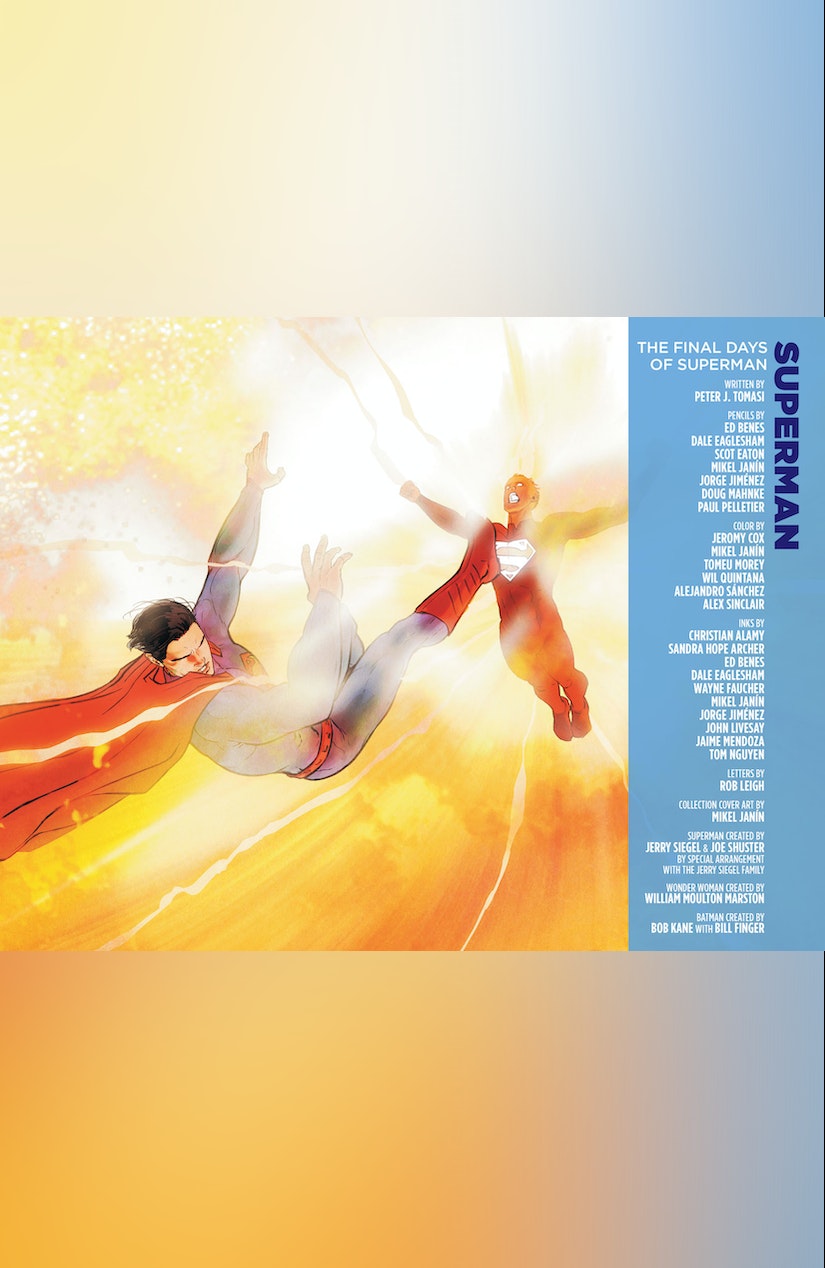 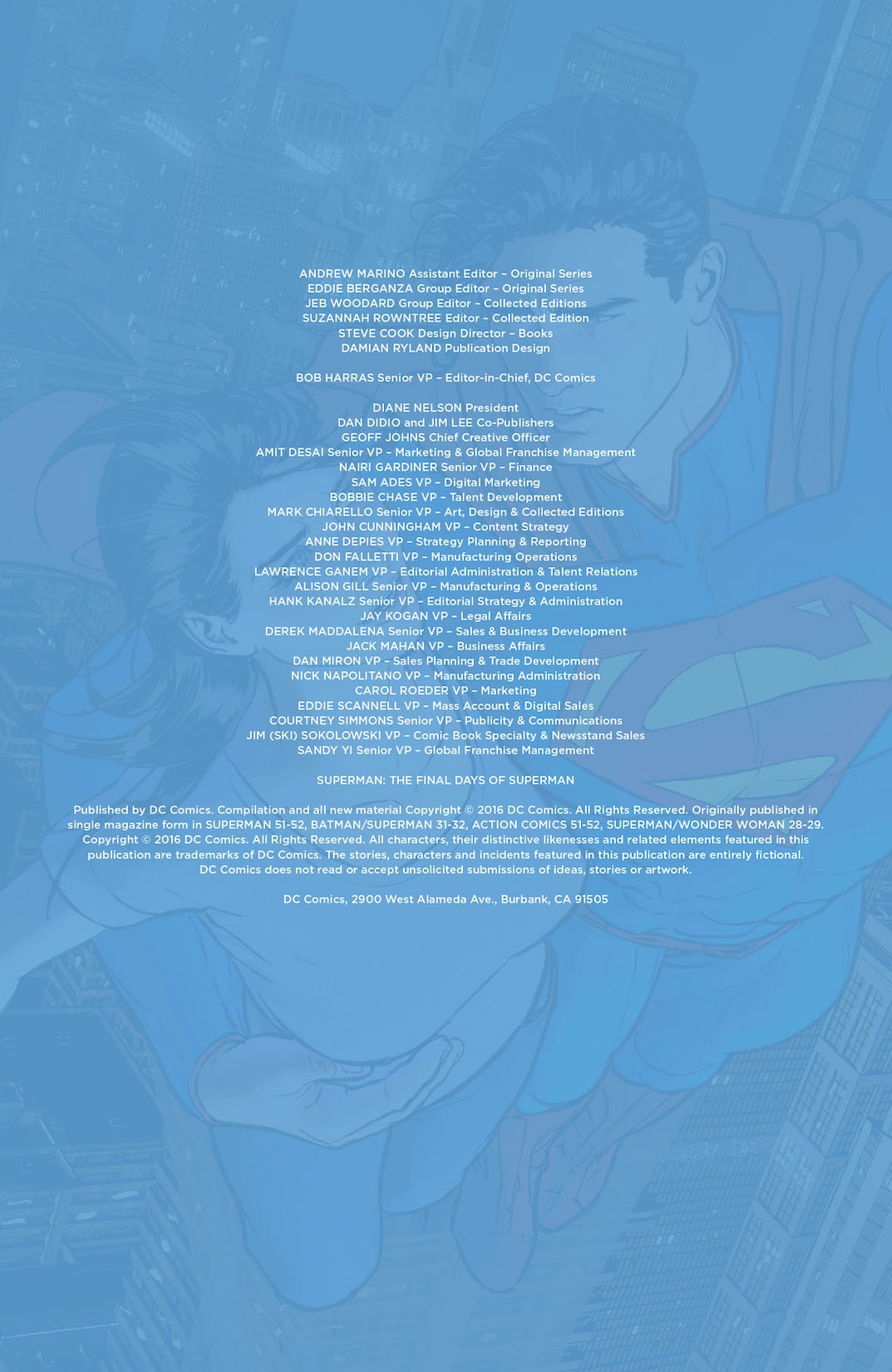 Superman: The Final Days of Superman

Superman: The Final Days of Superman

THE GREATEST HERO THIS WORLD HAS EVER KNOWN… …IS DYING. Superman’s body is failing him. With his final days upon him, the Man of Steel reaches out to his loved ones and most trusted allies to say his goodbyes. Yet while he does so, the world is greeted by new threats-a dangerous being alive with fire, who insists to Lois Lane and anyone else he meets that he is the one true Superman, and a black-clad man whose appearance and powers mirror those of Superman himself. Alongside Batman, Wonder Woman and Supergirl, the Man of Steel must fight one final battle-seemingly against himself. Will Superman die trying to save his adoptive world and those he loves most? THE FINAL DAYS OF SUPERMAN marks the beginning of an era, written by Peter J. Tomasi (SUPERMAN) and illustrated by artists Mikel Janín (BATMAN), Doug Mahnke (SUPERMAN), Paul Pelletier (AQUAMAN), Dale Eaglesham (SECRET SIX), Scot Eaton (THE NEW 52: FUTURES END), Ed Benes (JUSTICE LEAGUE OF AMERICA) and Jorge Jiménez (EARTH 2: SOCIETY). Collects SUPERMAN #51-52, ACTION COMICS #51-52, BATMAN/SUPERMAN #31-32 and SUPERMAN/WONDER WOMAN #28-29.