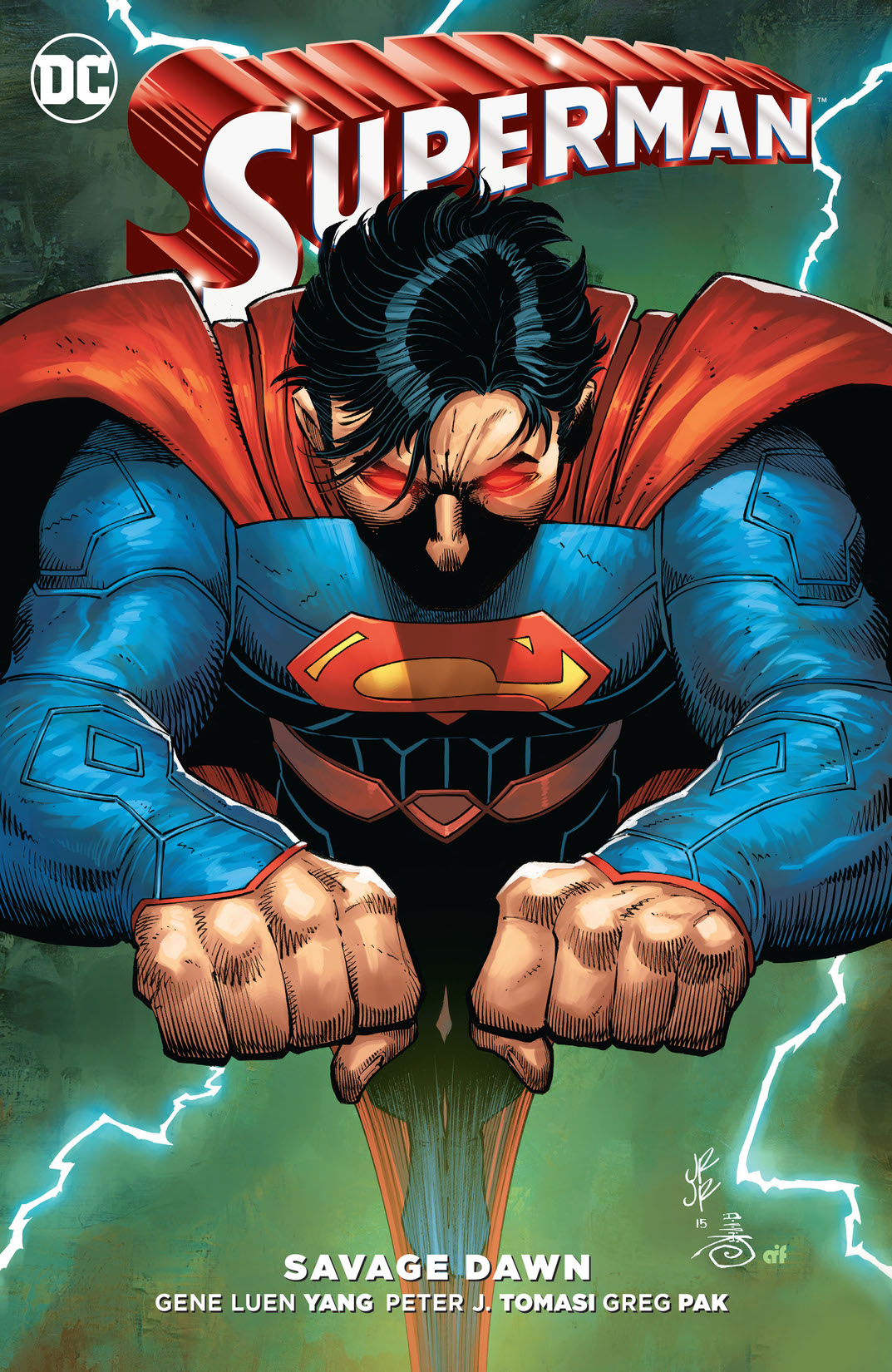 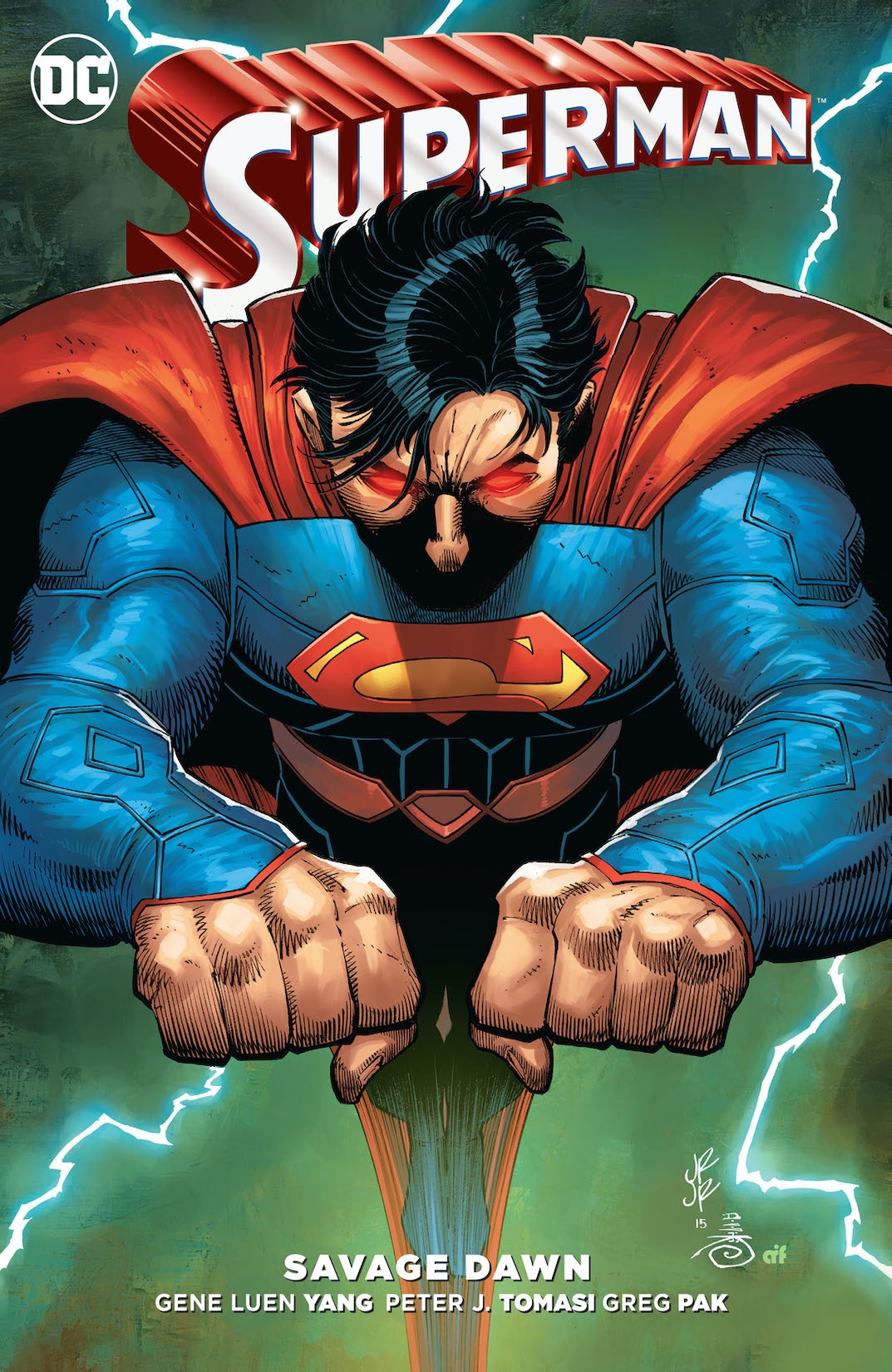 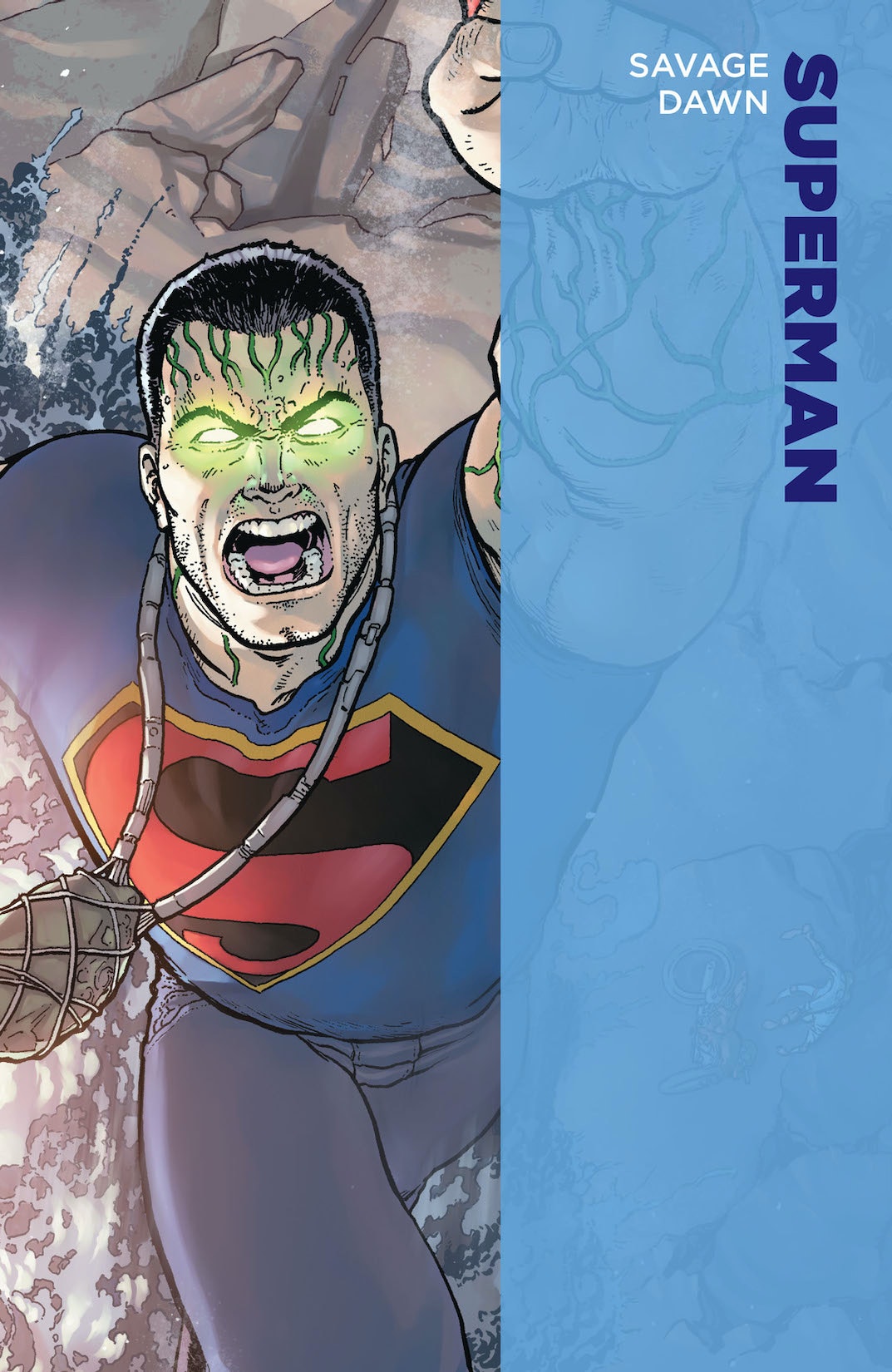 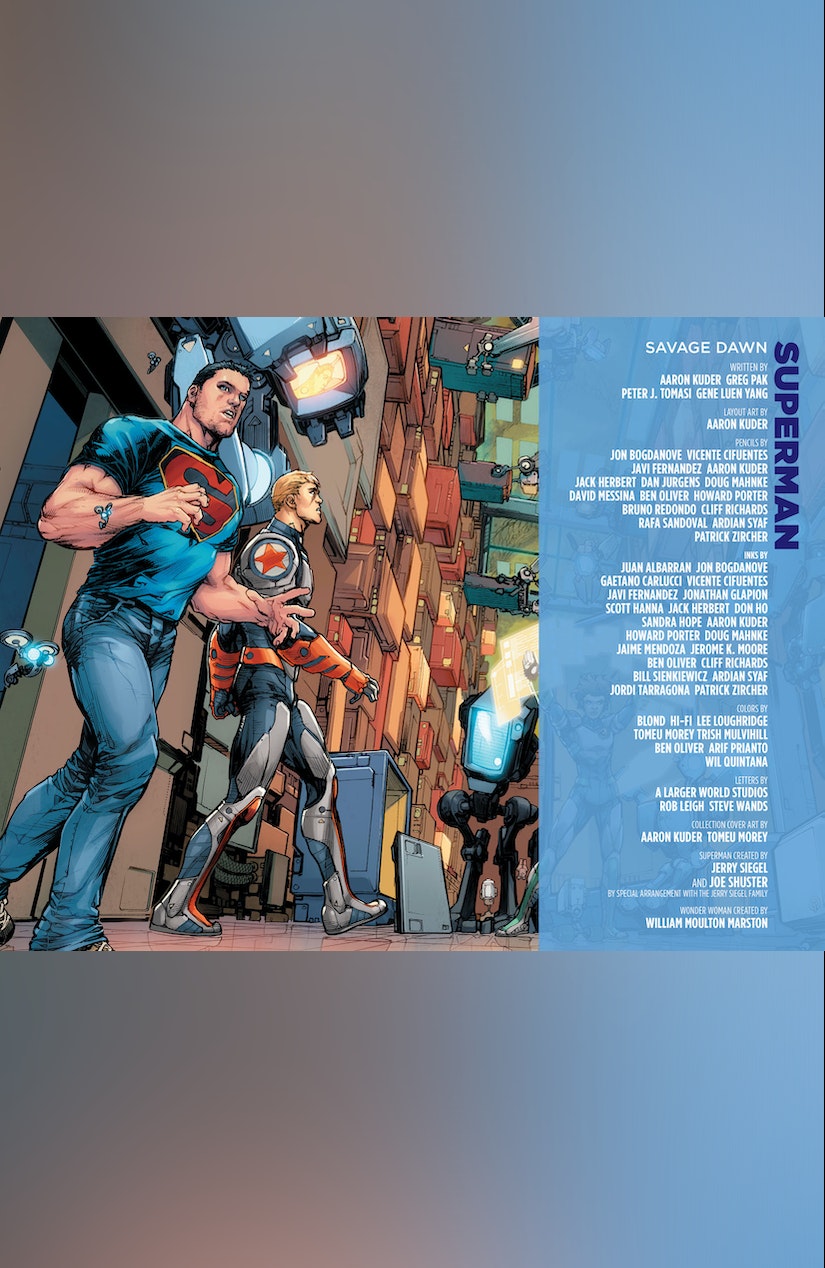 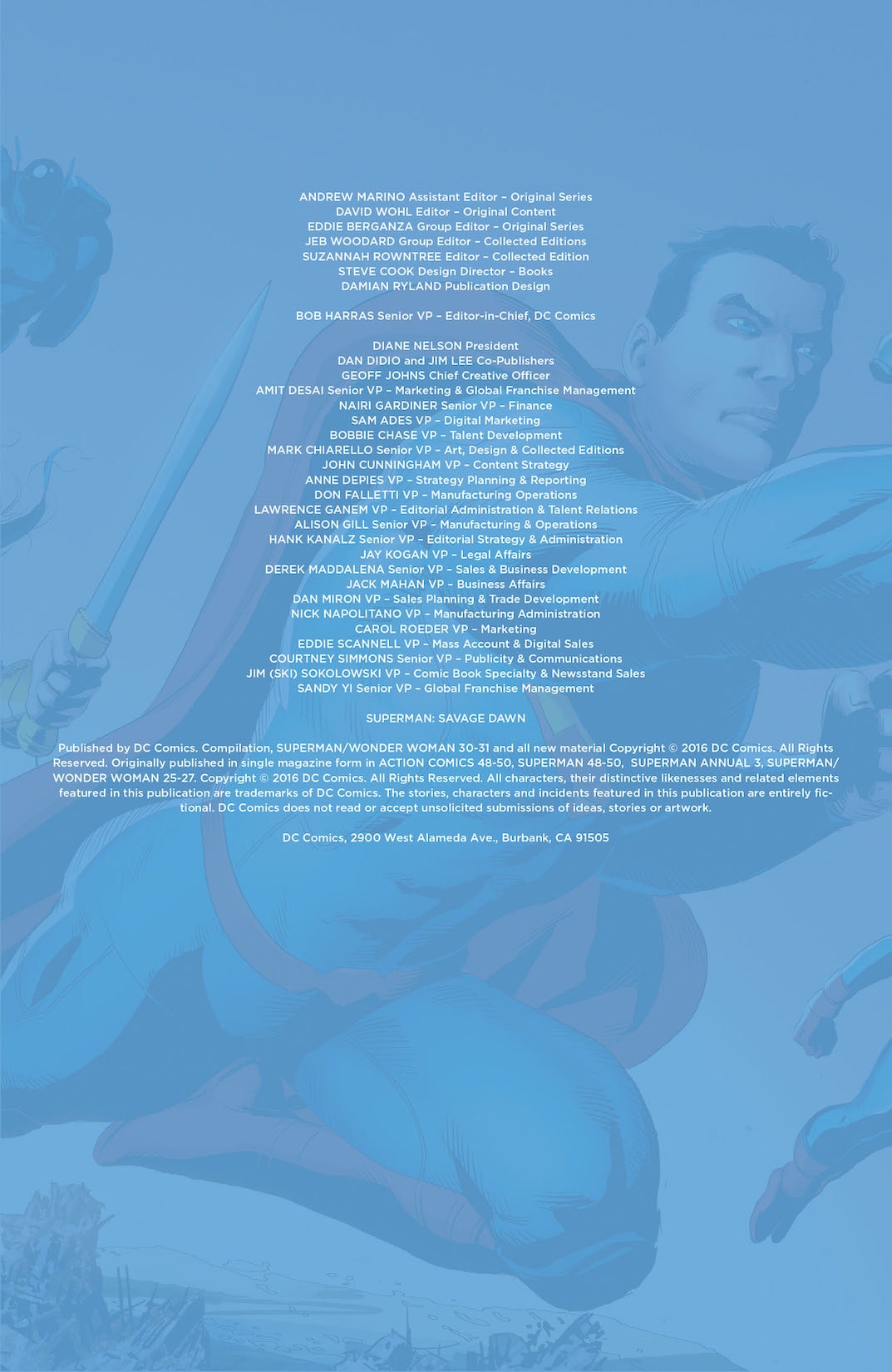 IT’S DARKEST AT THE DAWN! Vandal Savage can afford to be patient-he’s immortal, thanks to fragments from a comet he came into contact with more than 40,000 years ago...a comet that he has since spent aeons and spilled blood trying to bring back to Earth. A comet that, should he reclaim it, will grant him untold might. Savage’s patience is about to pay off. Through his operatives, he’s taken Superman’s powers-and, indirectly, his secret identity-to siphon the collective strength of the Justice League and generate the ultimate tractor beam. As the beam draws Savage’s long-lost comet all the way back to Earth, unsuspecting souls bearing the immortal’s genetic signature are suddenly infused with maddening might, while their “father’s” already-incredible power exponentially increases. Only a handful of heroes, led by Wonder Woman and a depowered Superman, stand between Savage and his comet, and soon even they won’t be enough-that is, unless Superman taps into a deadly element from his past to deny his immortal adversary a future of eternal power. Acclaimed writers Gene Luen Yang (BOXERS & SAINTS), Greg Pak (BATMAN/SUPERMAN), Aaron N. Kuder (SUPERBOY) and Peter J. Tomasi (BATMAN & ROBIN), joined by a who’s who of artists including Howard Porter (JUSTICE LEAGUE #3001), Ardian Syaf (BATMAN/SUPERMAN) and Doug Mahnke (GREEN LANTERN), bring one of DC’s mightiest-and oldest-villains to the forefront and signal the final days of Krypton’s last son. Collects SUPERMAN ANNUAL #3, ACTION COMICS #48-50, SUPERMAN/WONDER WOMAN #25-27 and SUPERMAN #48-50. This book includes two never-before-published stories following Wonder Woman after the conclusion of the events of SAVAGE DAWN.