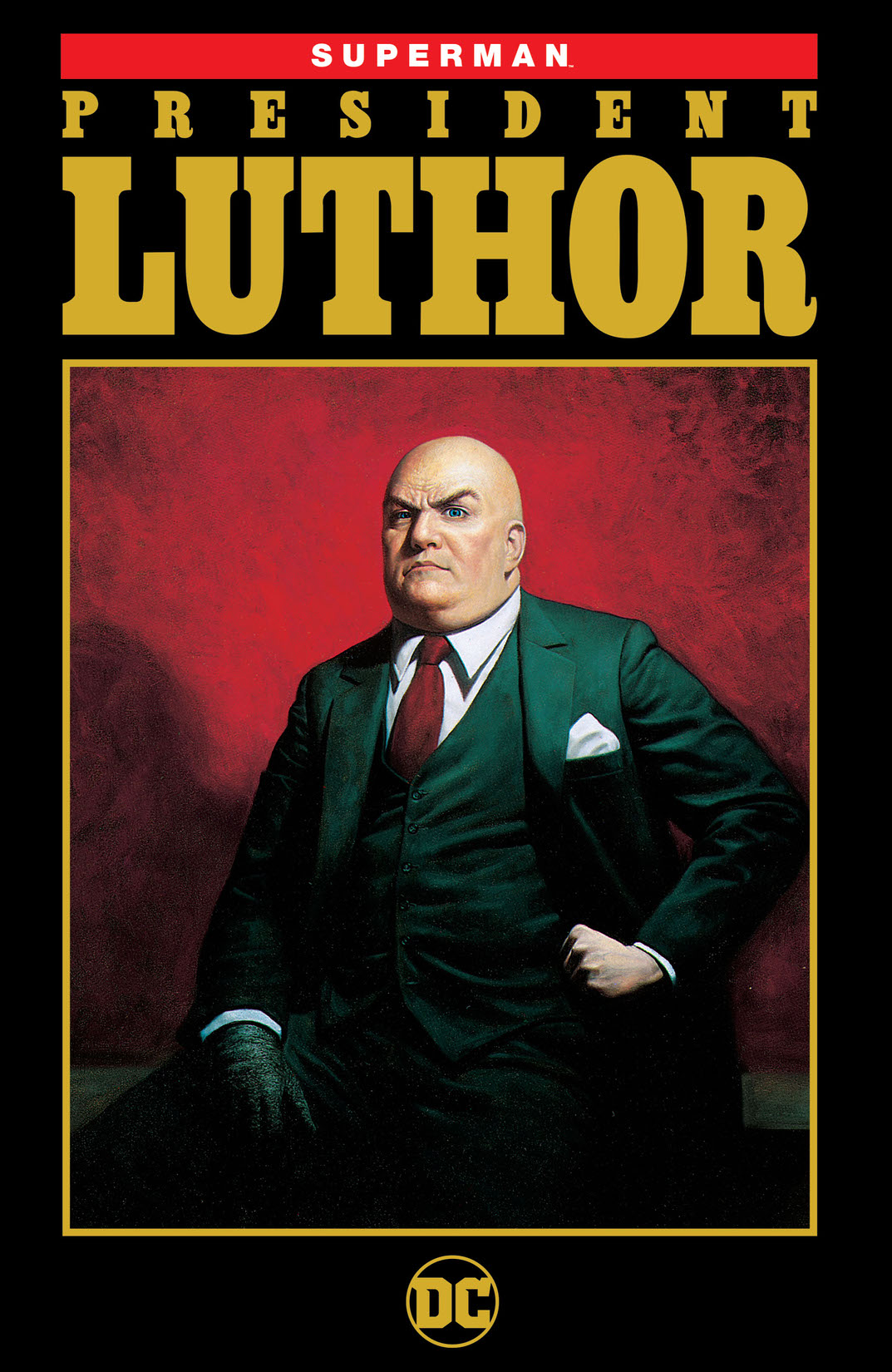 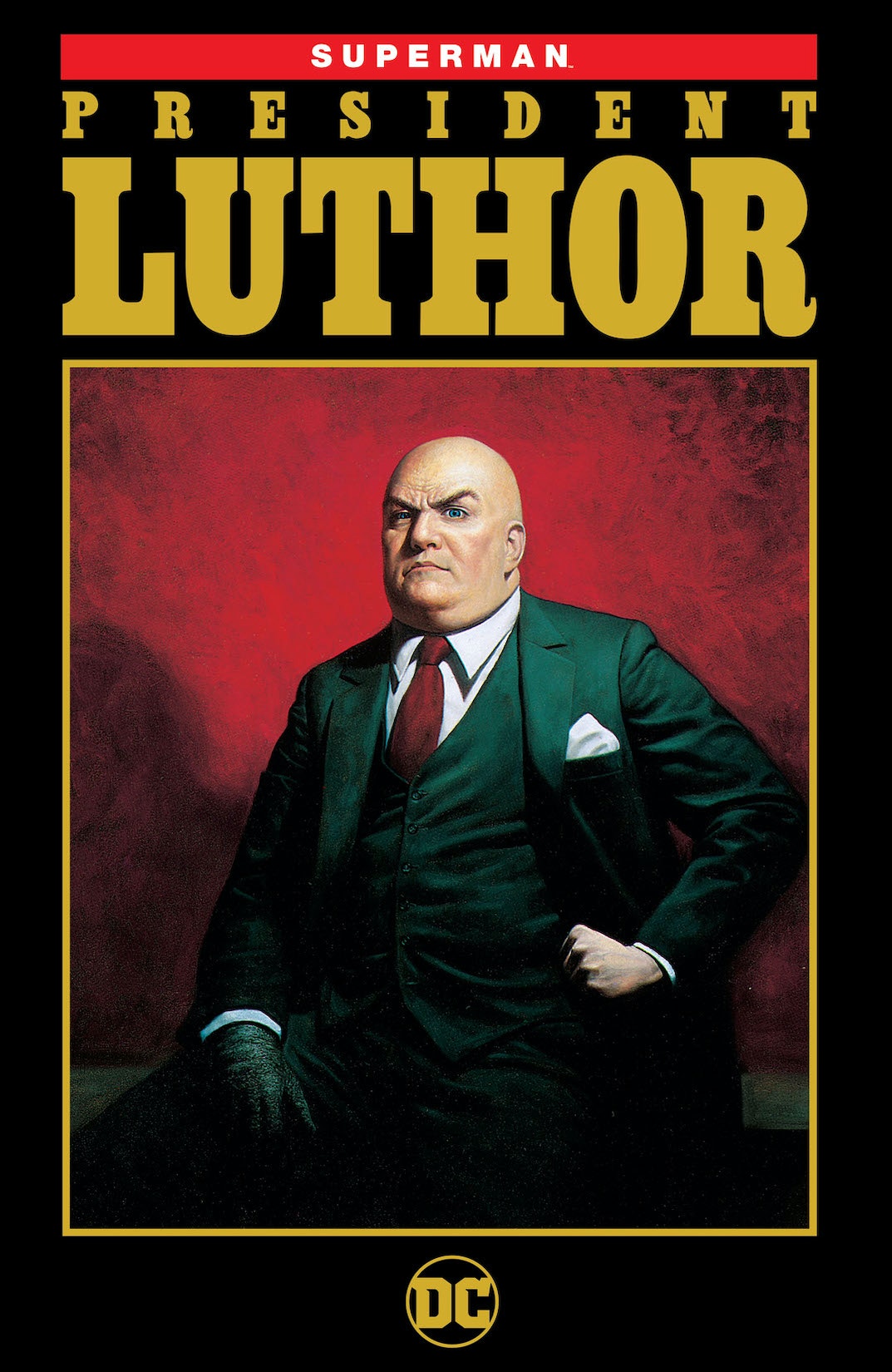 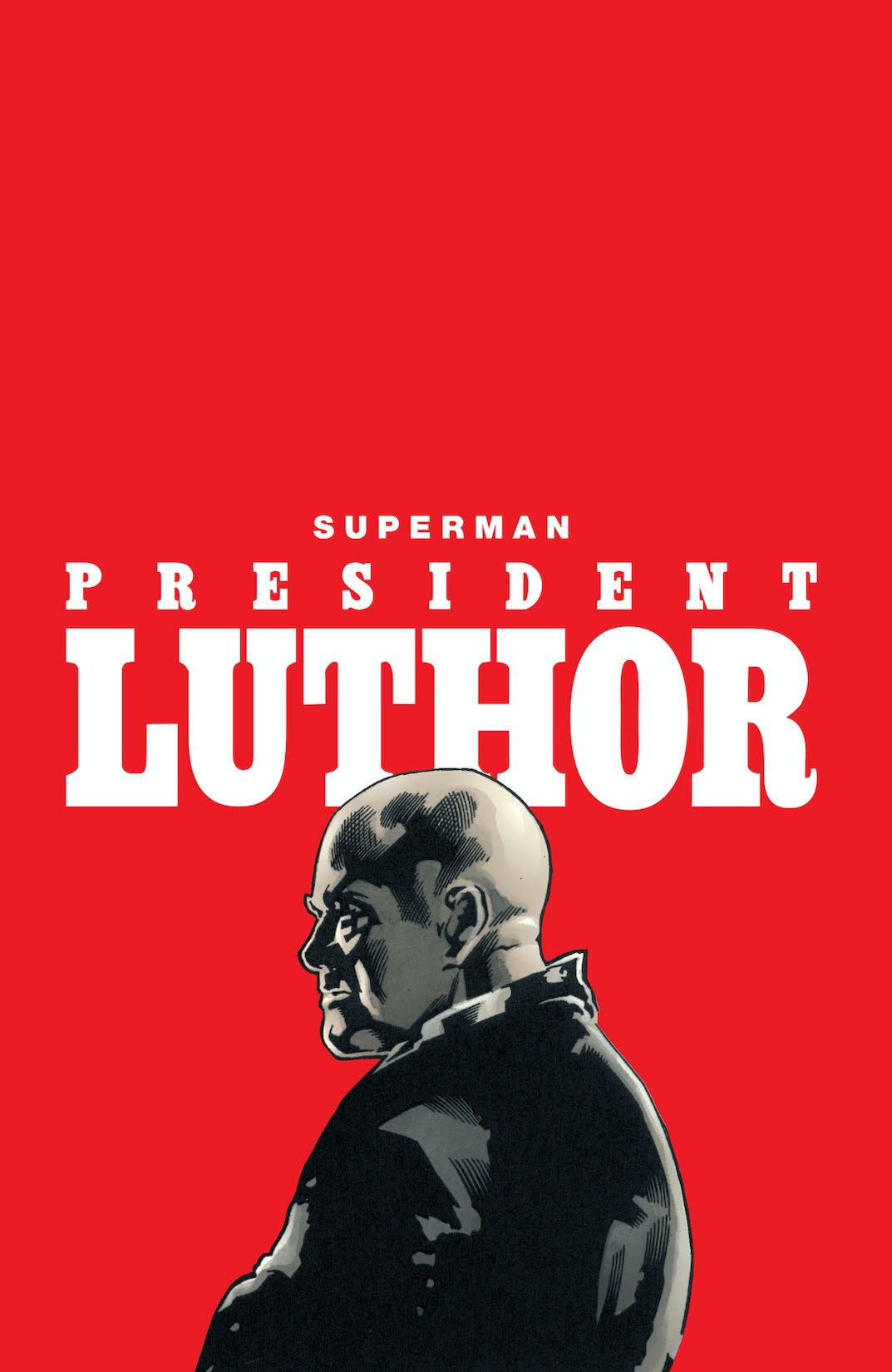 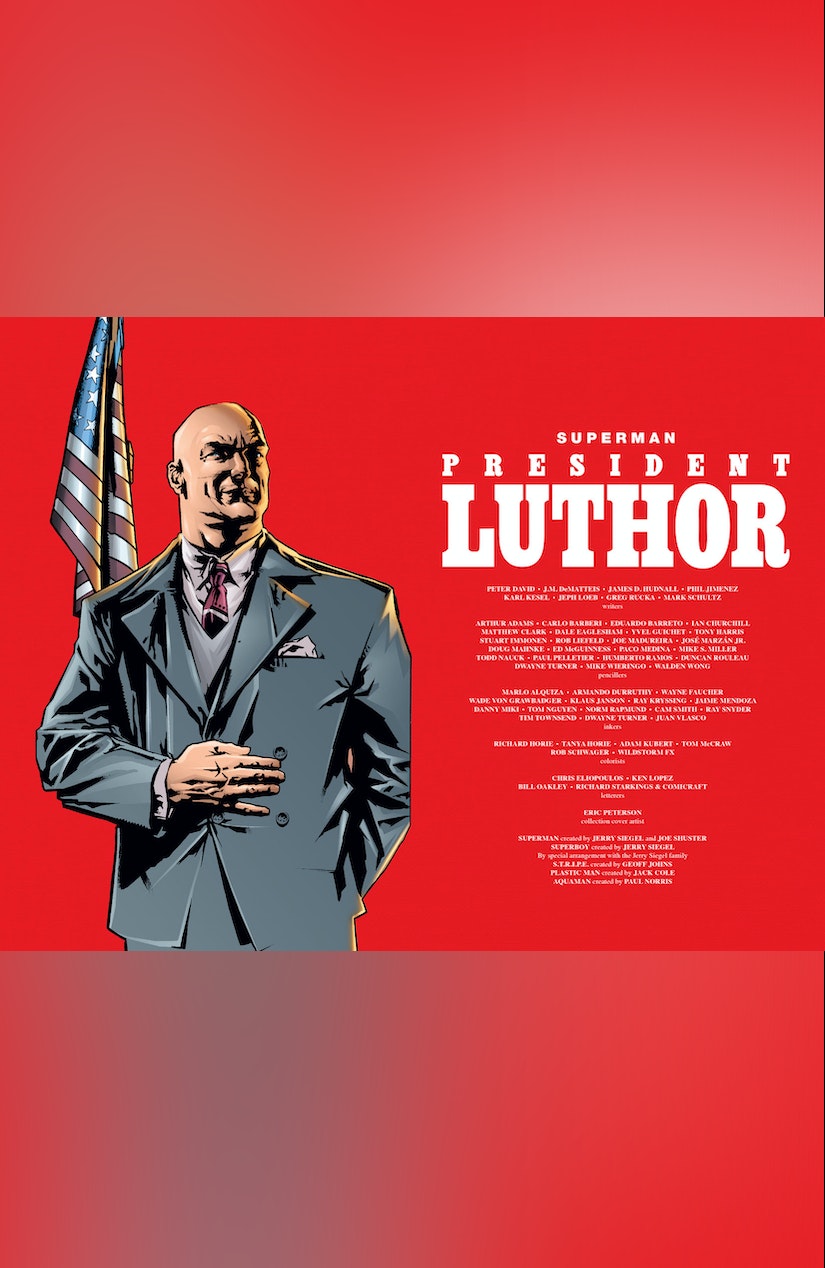 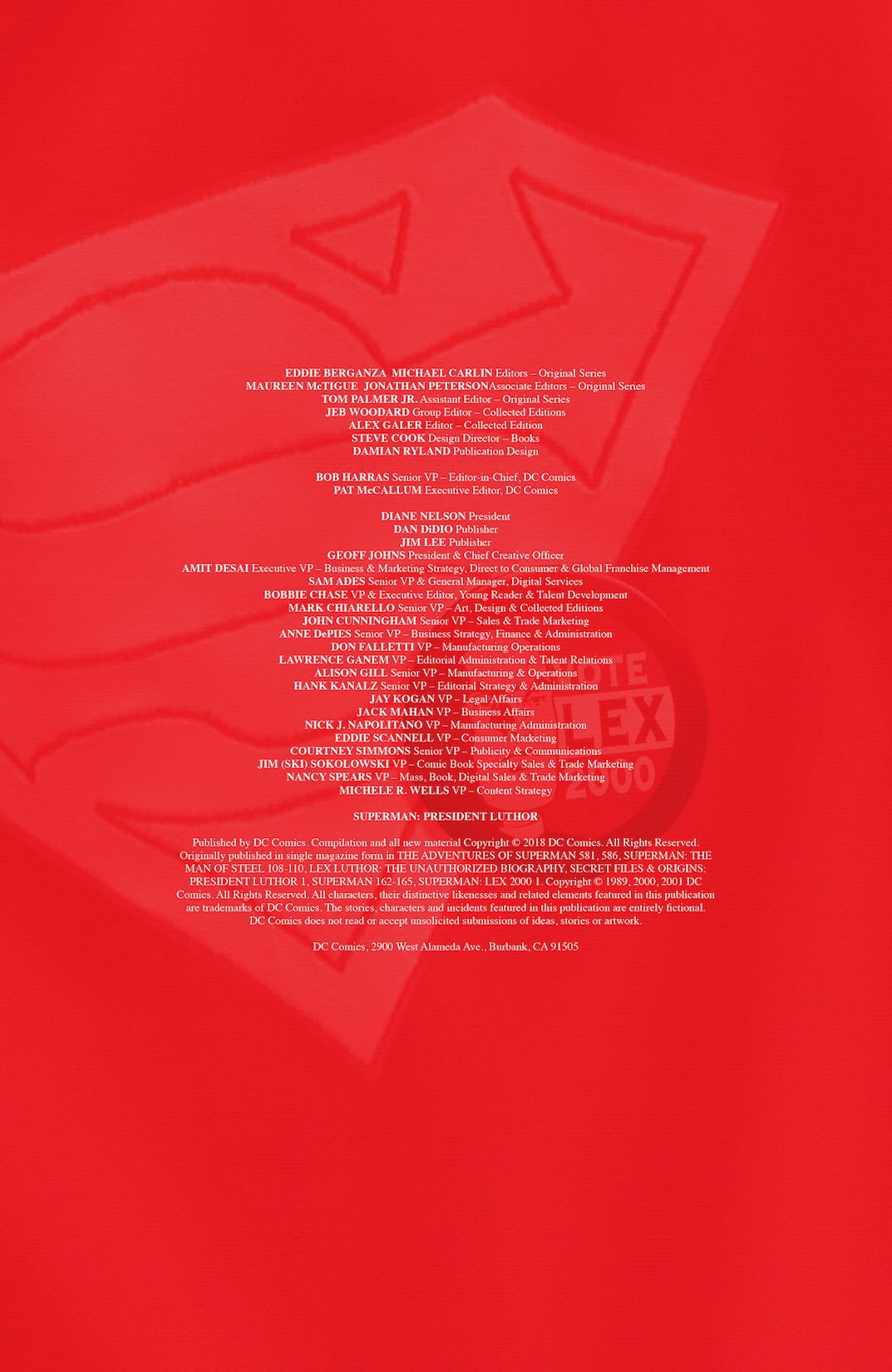 Lex Luthor is the most powerful man in Metropolis, the companies in his conglomerate dominating travel, media and technology. His fame soared after he helped rebuild the earthquake-damaged Gotham City. Where does he go from there? Why, the White House, naturally! It was only a matter of time before billionaire Lex Luthor ran for the highest office in the land. And of course, besides bringing him victory, Luthor’s campaign for the presidency is calculated to bring maximum grief to the Man of Steel. But who ever said politics wasn’t a dirty business? Follow the campaign, election night and inauguration in SUPERMAN: PRESIDENT LUTHOR, as Lex Luthor becomes the world’s most powerful political figure! As a special bonus feature, this collection includes LEX LUTHOR: THE UNAUTHORIZED BIOGRAPHY, a look at his humble beginnings and rise to power. Collects THE ADVENTURES OF SUPERMAN #108-110, SECRET FILES & ORIGINS: PRESIDENT LUTHOR #1, SUPERMAN #108-110, #162-165 and SUPERMAN: LEX 2000 #1