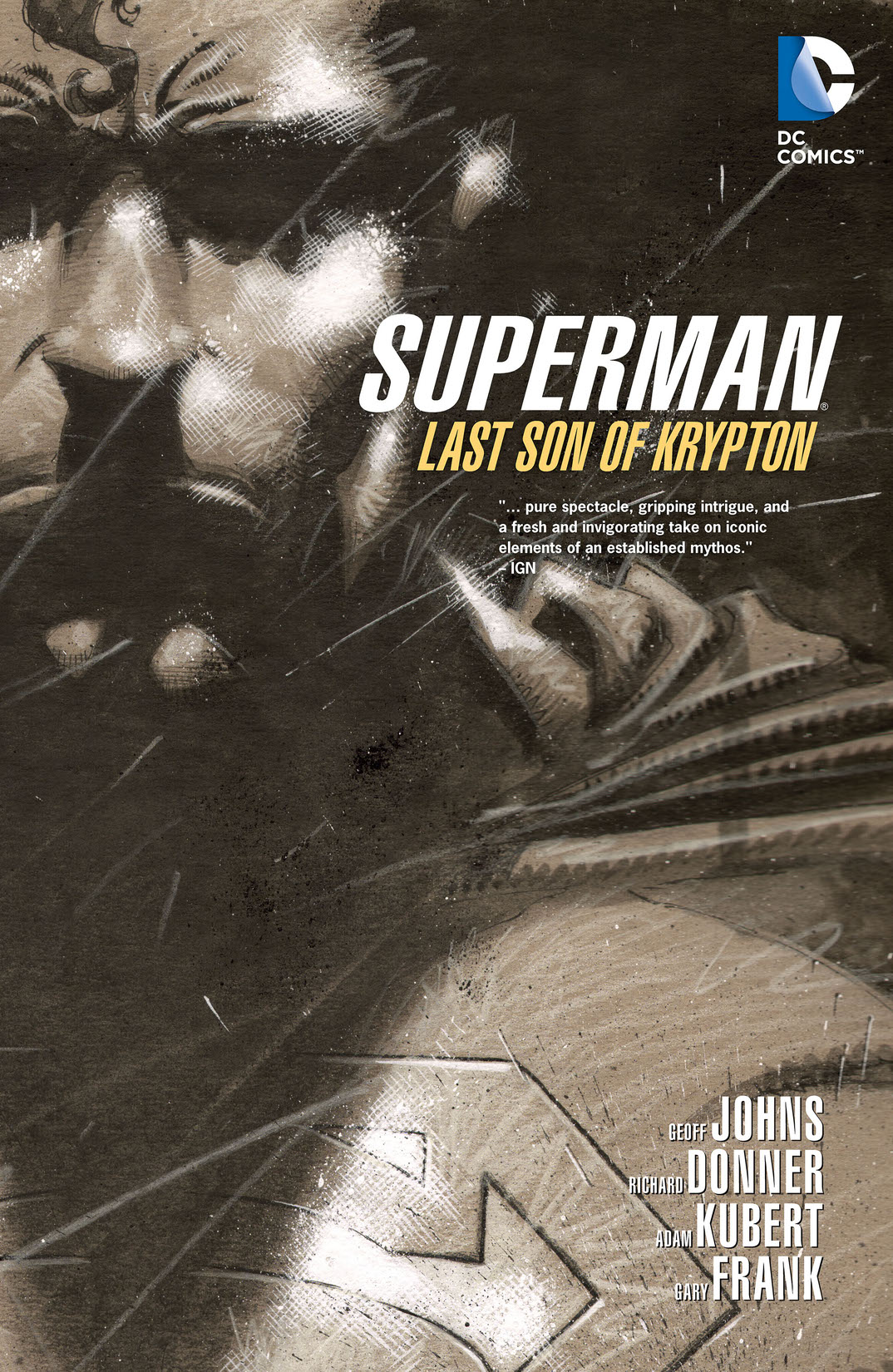 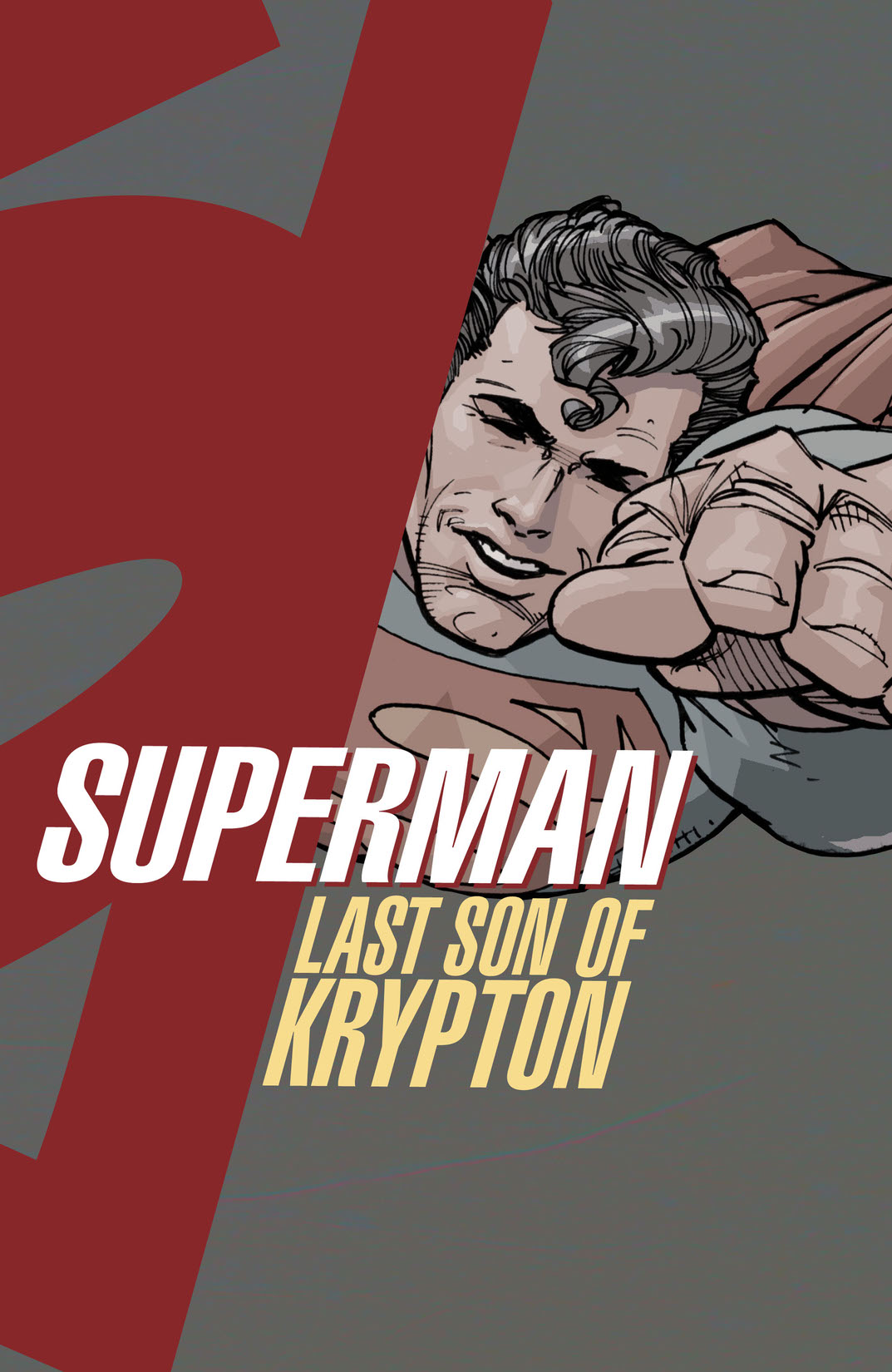 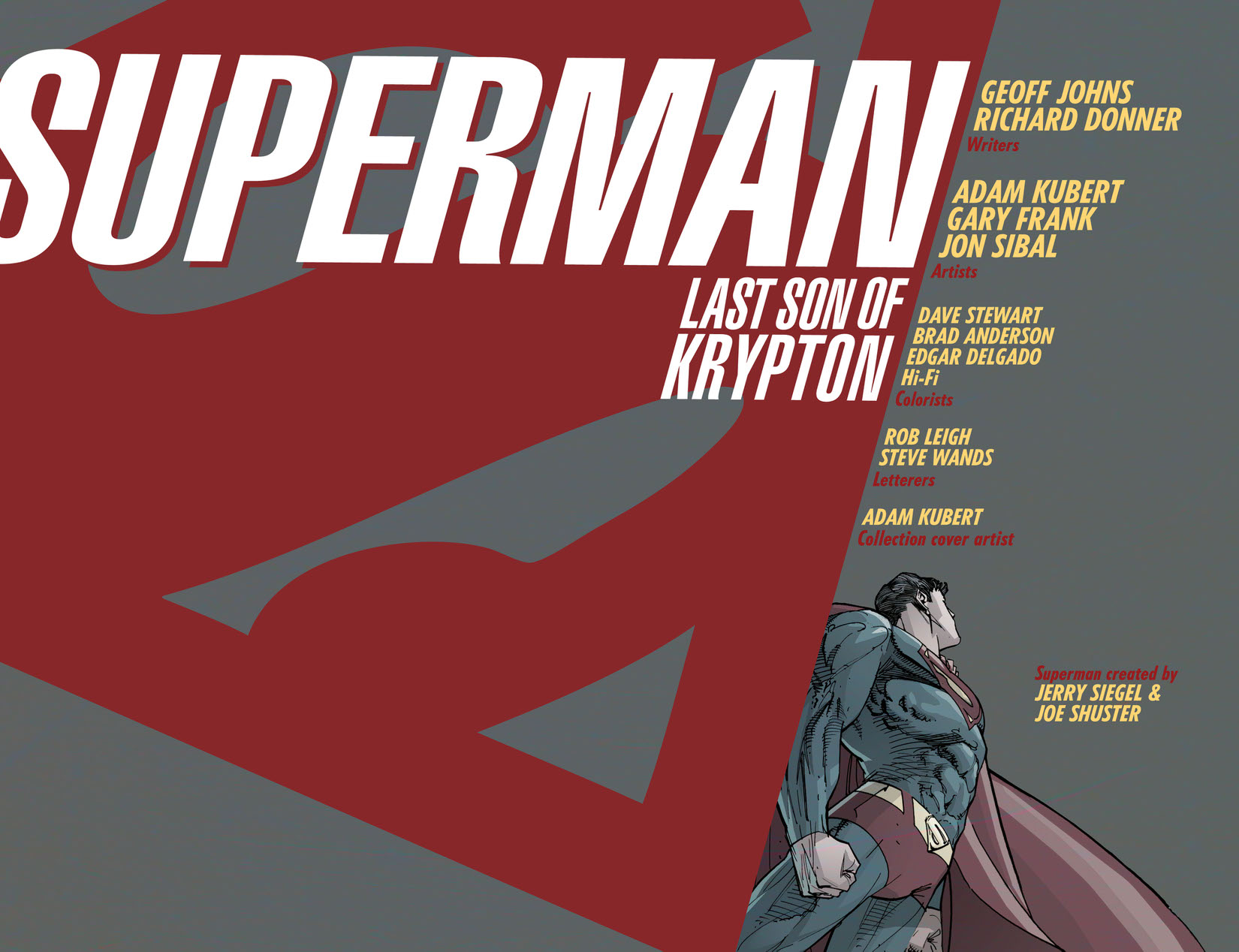 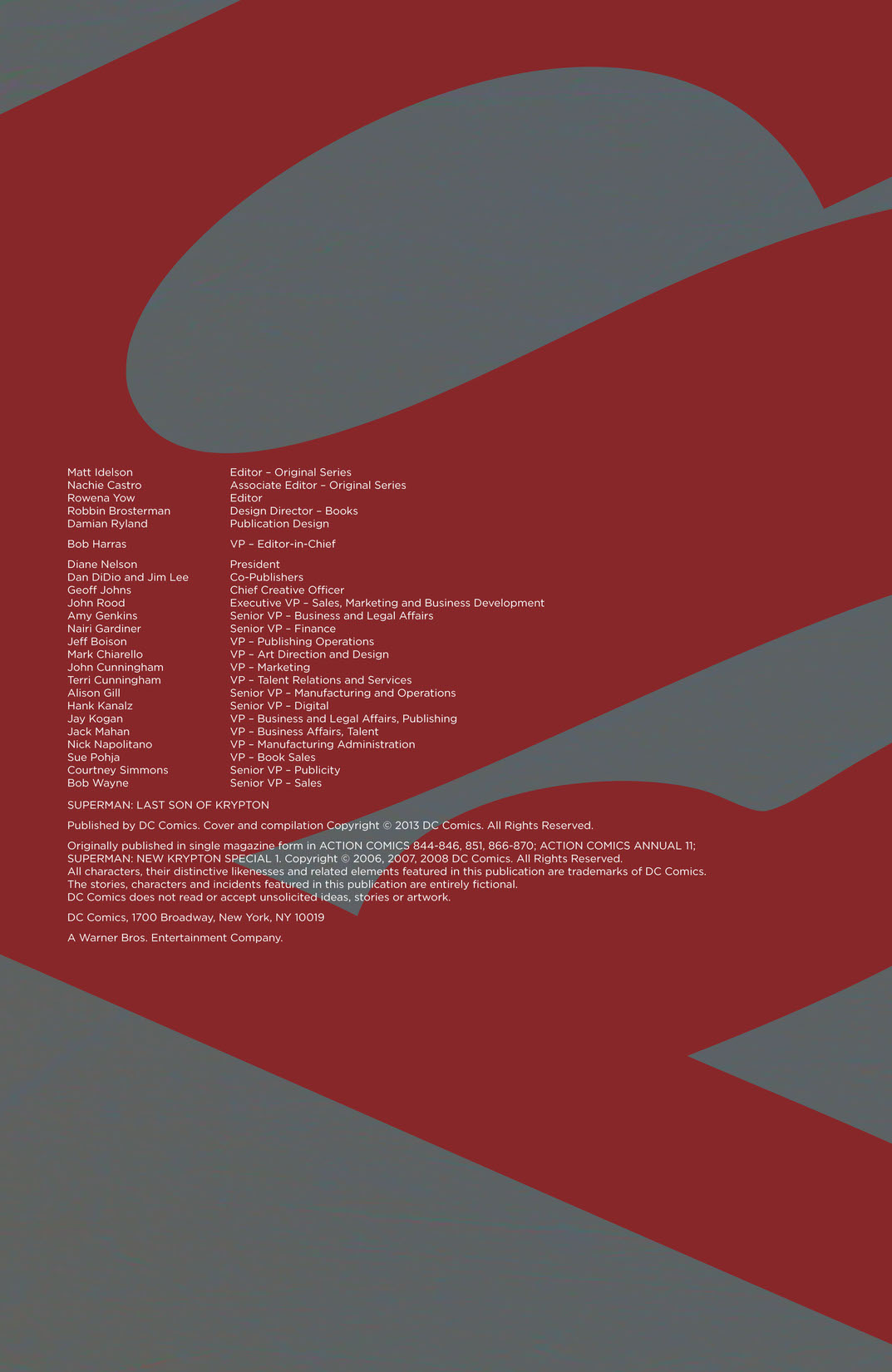 Geoff Johns's (JUSTICE LEAGUE, AQUAMAN, BLACKEST NIGHT, GREEN LANTERN, THE FLASH) two most acclaimed stories of his now classic ACTION COMICS run are now collected here, for the first time together! Along with co-writer Richard Donner (director of the original Superman feature films), Johns will take us on aN epic journey that will leave Superman re-examining everything about himself. A rocket lands in Metropolis containing a boy Superman thinks is from Krypton. Along with figuring out what that means to him, Superman must protect young Christopher Kent, who has become the most valuable child on the planet thanks to his immense power. Will Superman be able to protect him against both Lex Luthor and his new Superman Revenge Squad, as well as the Phantom Zone criminals General Zod, Ursa and Non? This all sets the stage for Superman's showdown with one of his greatest foes: Brainiac! With art by Adam Kubert and Gary Frank, this new collection contains ACTION COMICS #844-846, #851, 866-870, and ACTION COMICS ANNUAL #11.