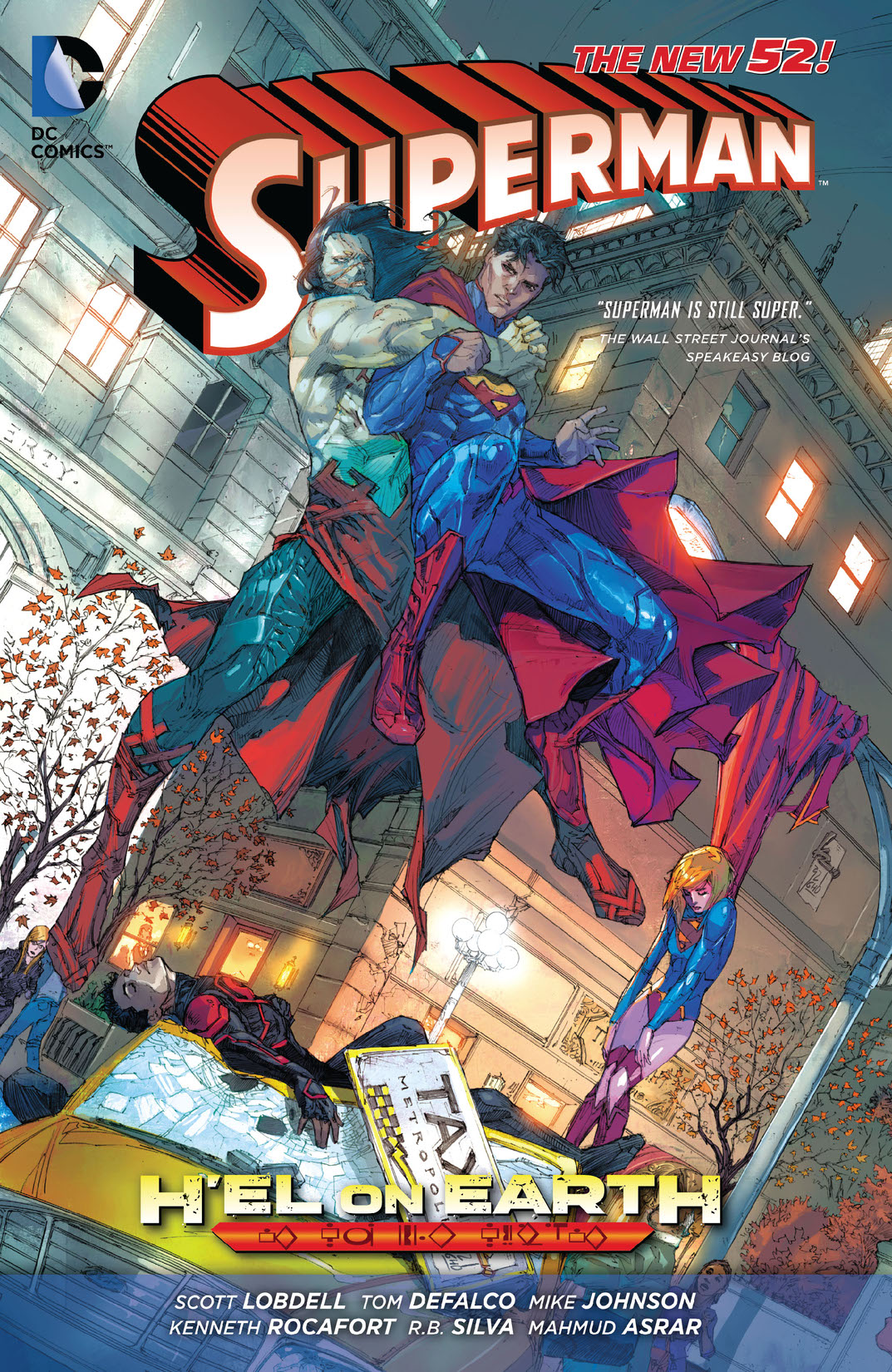 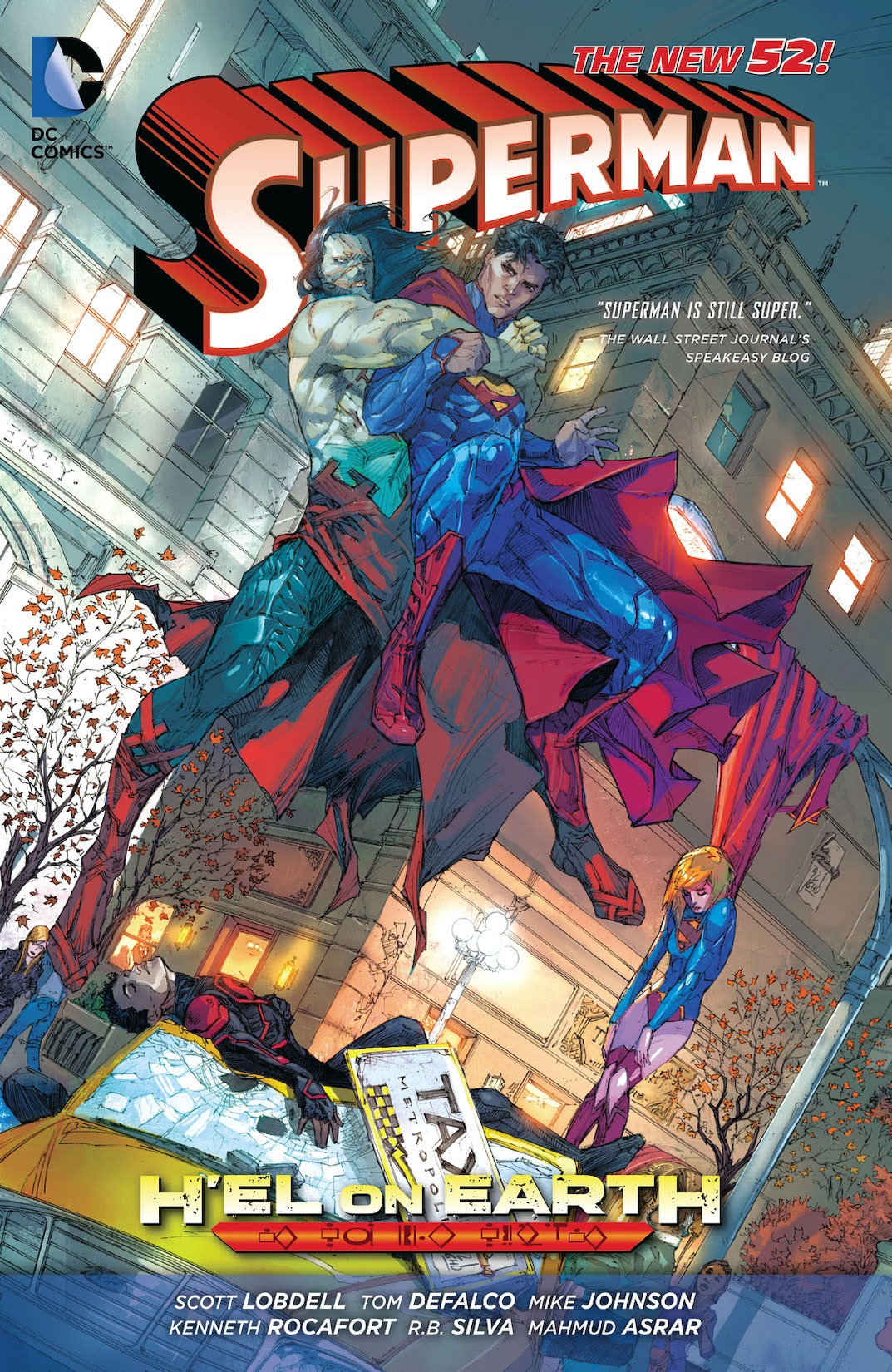 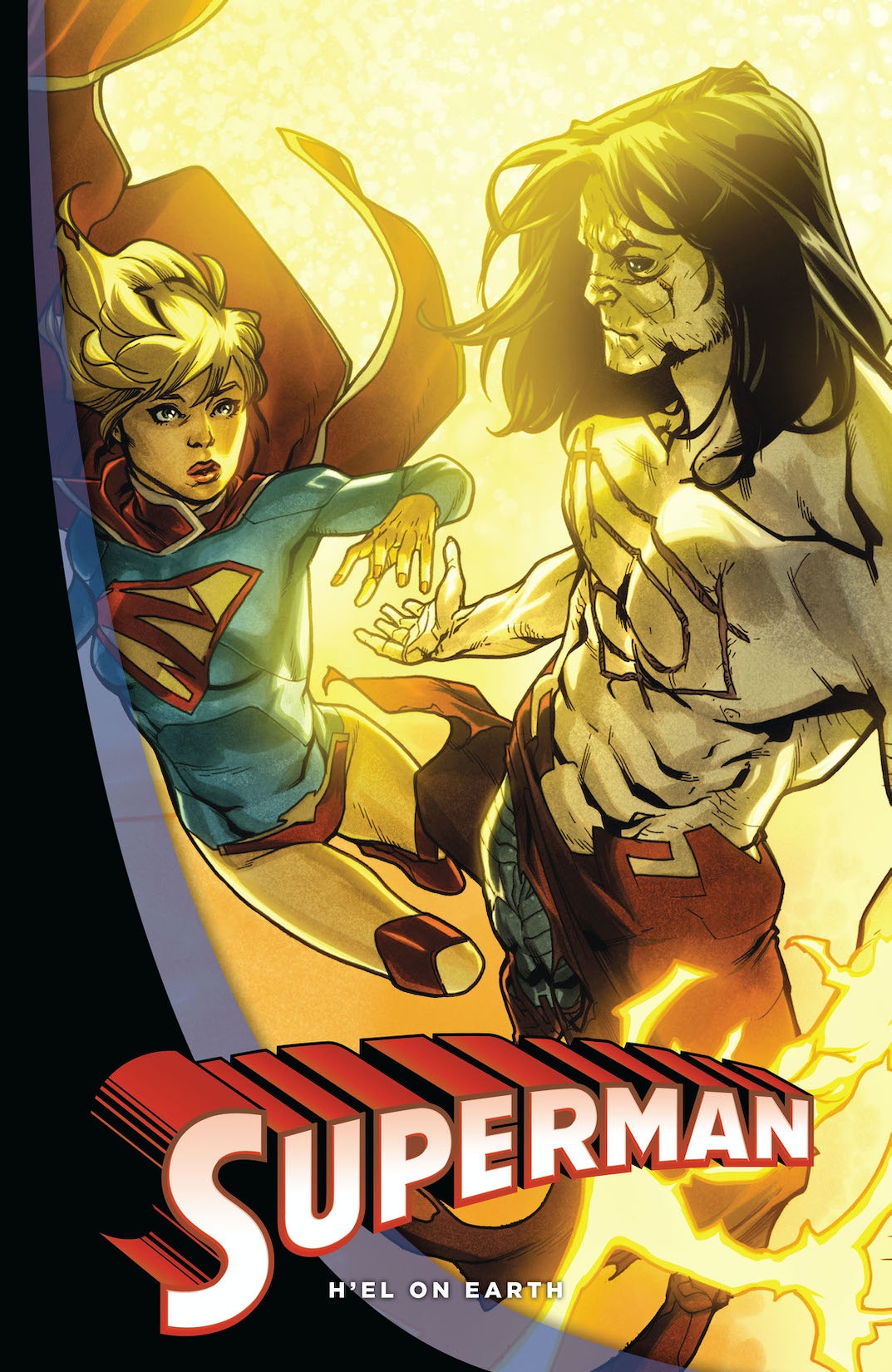 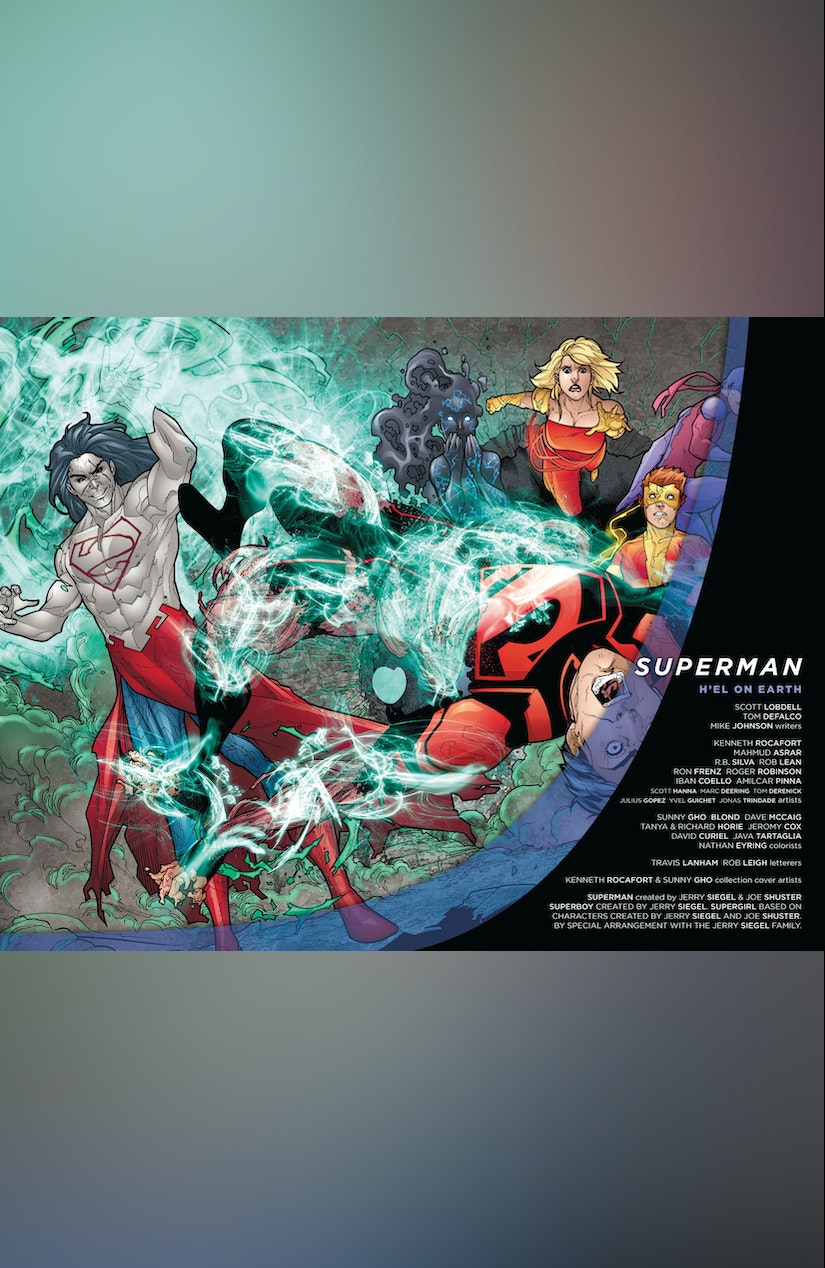 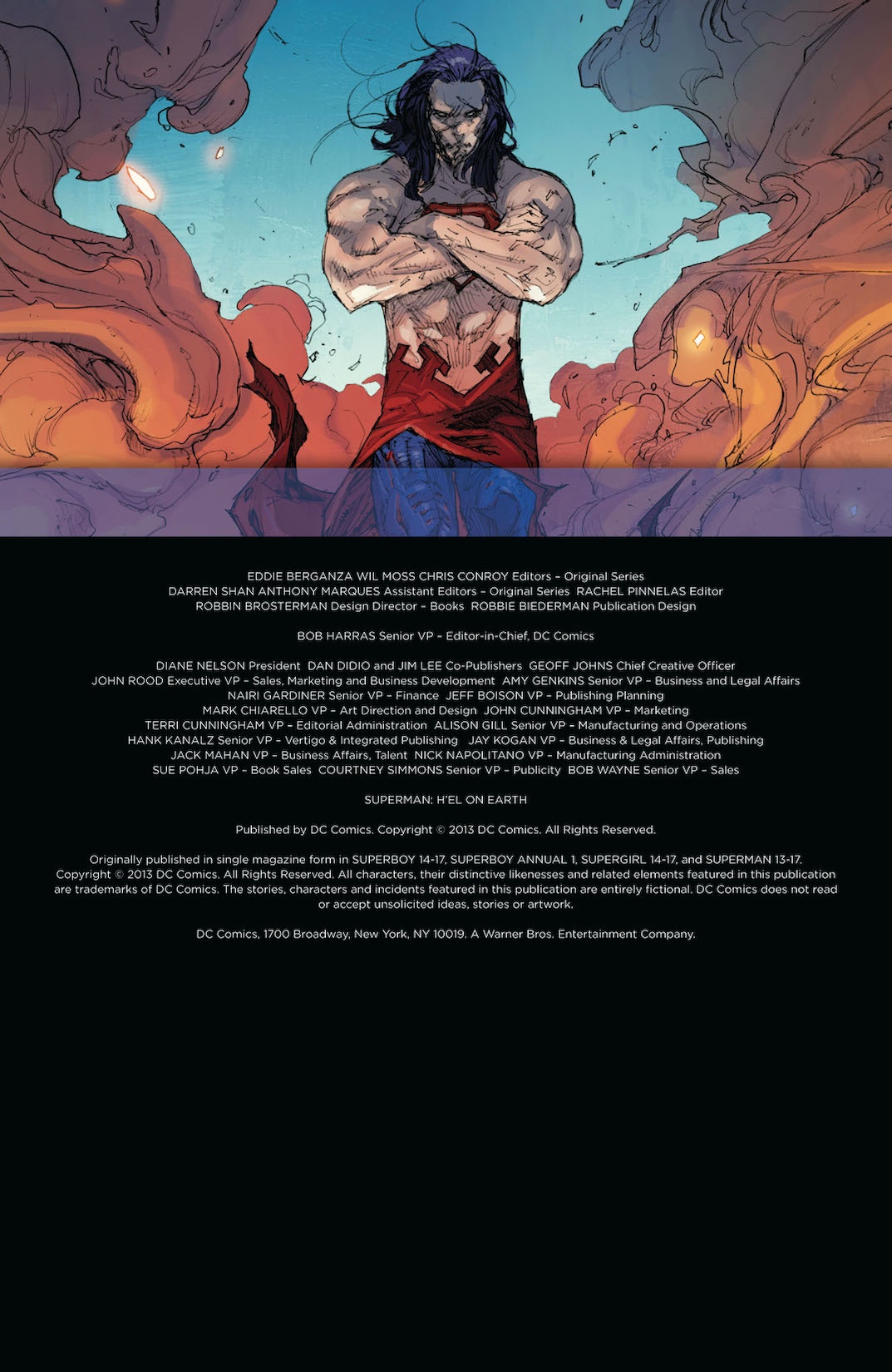 H'El has come to Earth! A figure from Krypton's past has come to Earth, hoping to revive the dead planet—in place of this one. Superman, Superboy, Supergirl and the Justice League stand ready to fight, but whose side is everyone on? As hero fights against hero, will the Kryptonians be able to defeat H'El, who is their equal in every way? The first Super-crossover in the New 52 is here in SUPERMAN: H'EL ON EARTH, written by Scott Lobdell, Mike Johnson and Tom DeFalco, with art by Kenneth Rocafort, Mahmud Asrar, RB Silva and more. Collects SUPERMAN #13-17, SUPERBOY #14-17 and SUPERGIRL #14-17.