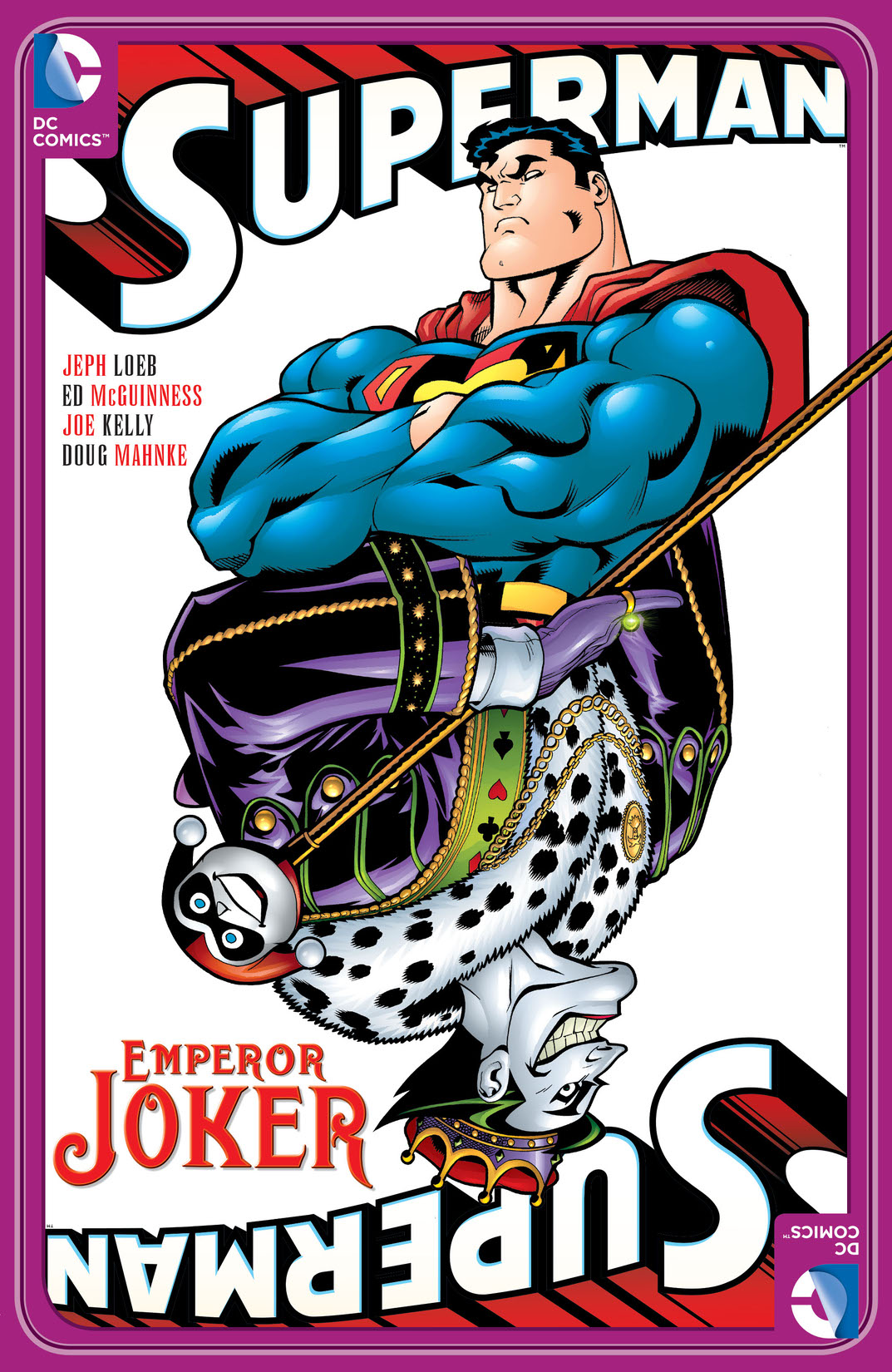 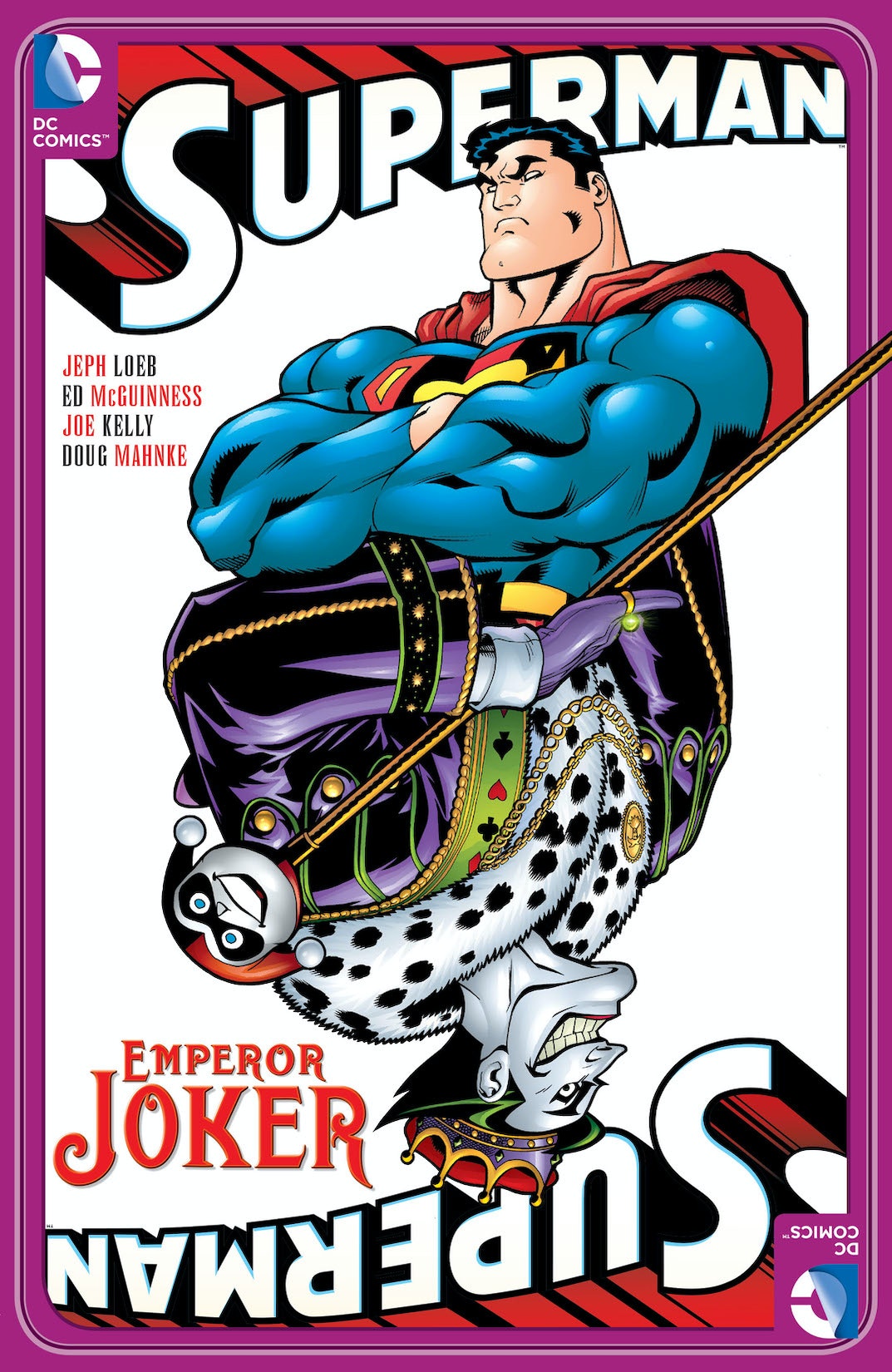 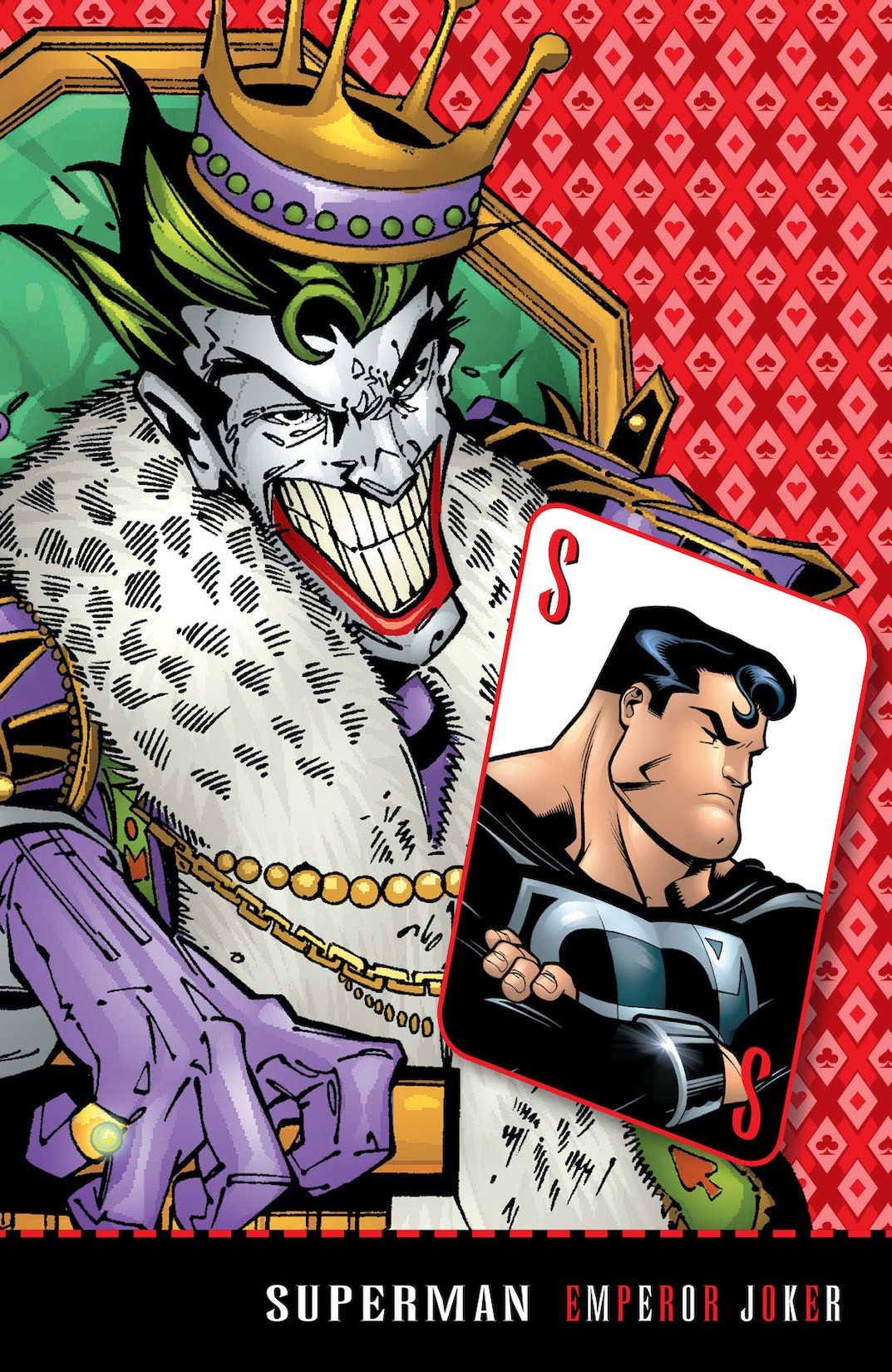 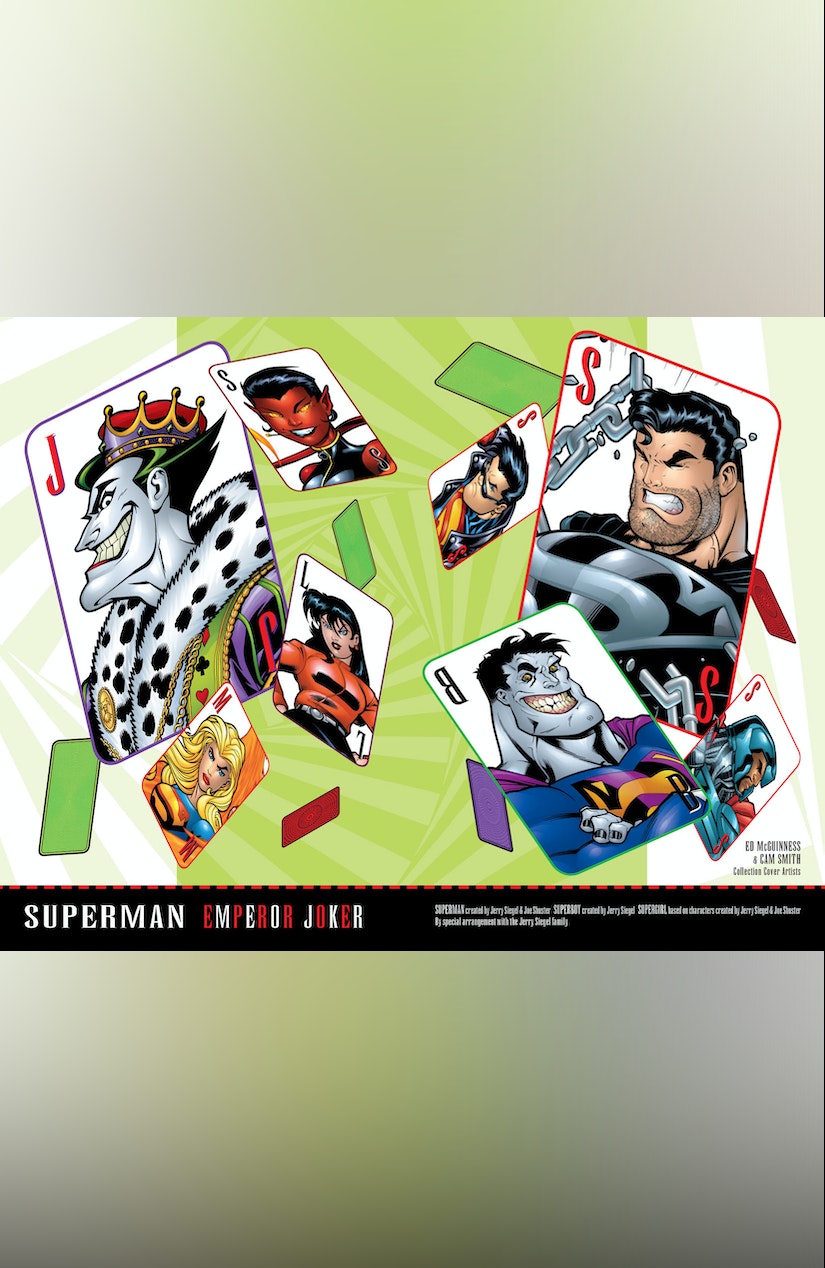 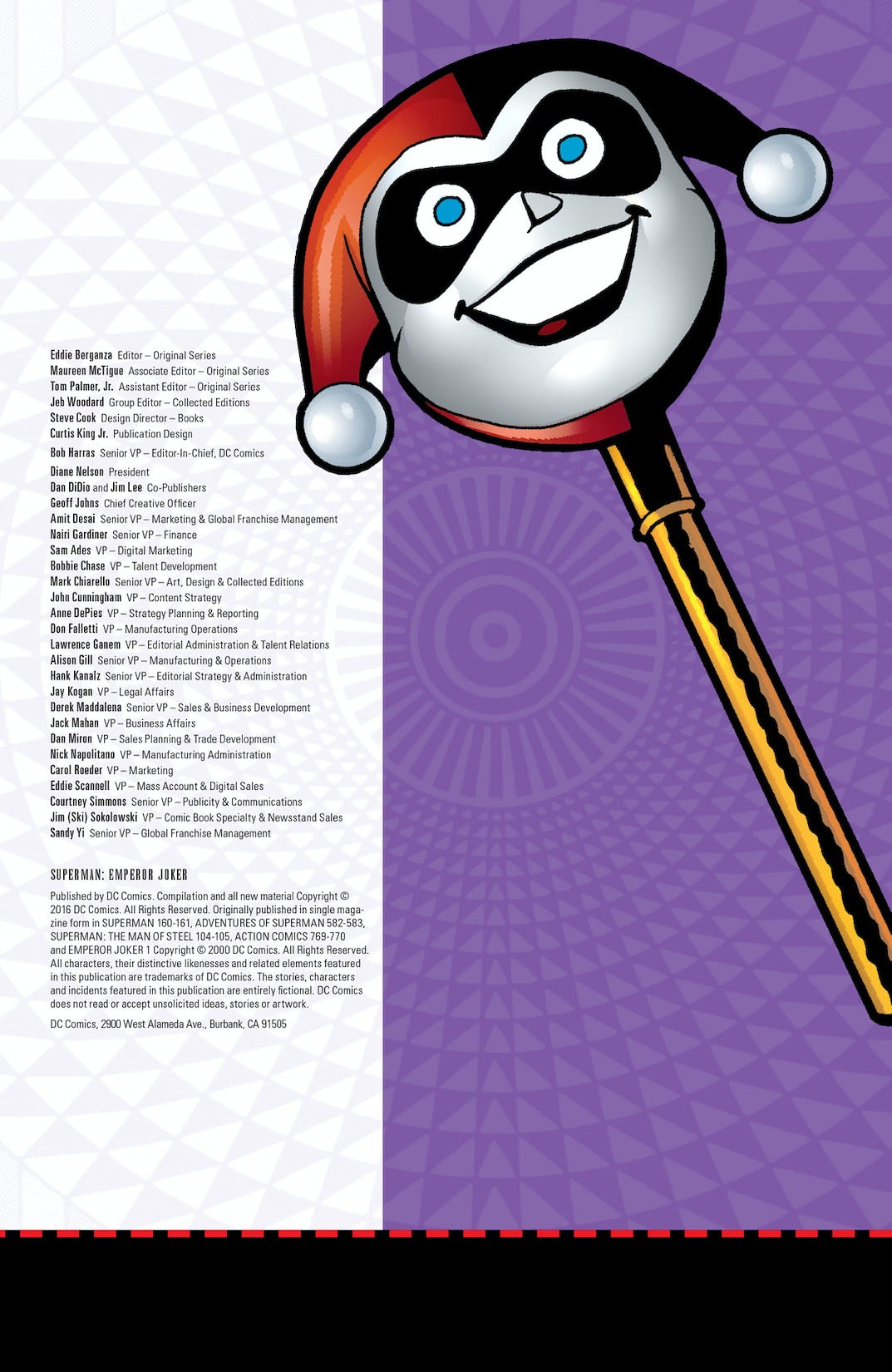 It’s the Joker’s world…we just die in it! It’s another typical day in Gotham City. Superman, the world’s most dangerous criminal, has burst free of his cell in Arkham Asylum. The only one who can track him down is the world’s greatest hero, Bizarro. Their epic battle destroys property owned by the bald but brilliant billionaire Lois Lane…wait-what?! If Superman isn’t crazy, that means the whole world has gone insane, and only one man can be responsible. Somehow Batman’s greatest nemesis, the Joker, has received the power to reshape reality to his own mad whims. The world now is defined by chaos and death, and there is absolutely nothing anyone can do about it. It’s impossible to defeat a god. Unfortunately, someone forgot to tell Superman. Armed with nothing more than his will, the Man of Steel will put an end to the reign of Emperor Joker…or die trying. Join Jeph Loeb (SUPERMAN/BATMAN), Joe Kelly (JLA), Ed McGuinness (SUPERMAN/BATMAN), Doug Mahnke (SUPERMAN/WONDER WOMAN), and others in a twisted world under the rule of Emperor Joker. Collects SUPERMAN #160-161, ADVENTURES OF SUPERMAN #582-583, SUPERMAN: MAN OF STEEL #104-105, ACTION COMICS #769-770 and EMPEROR JOKER #1!