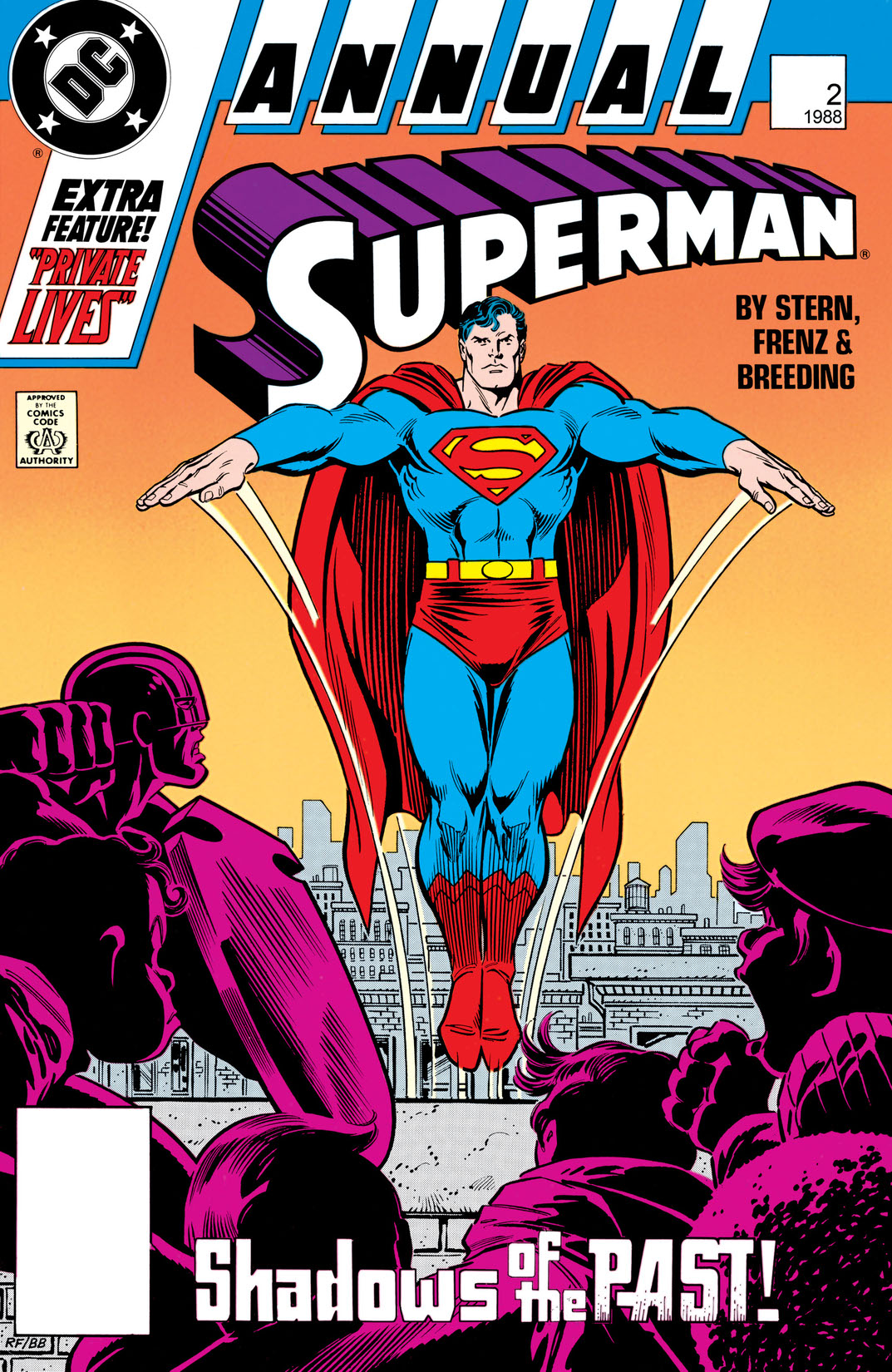 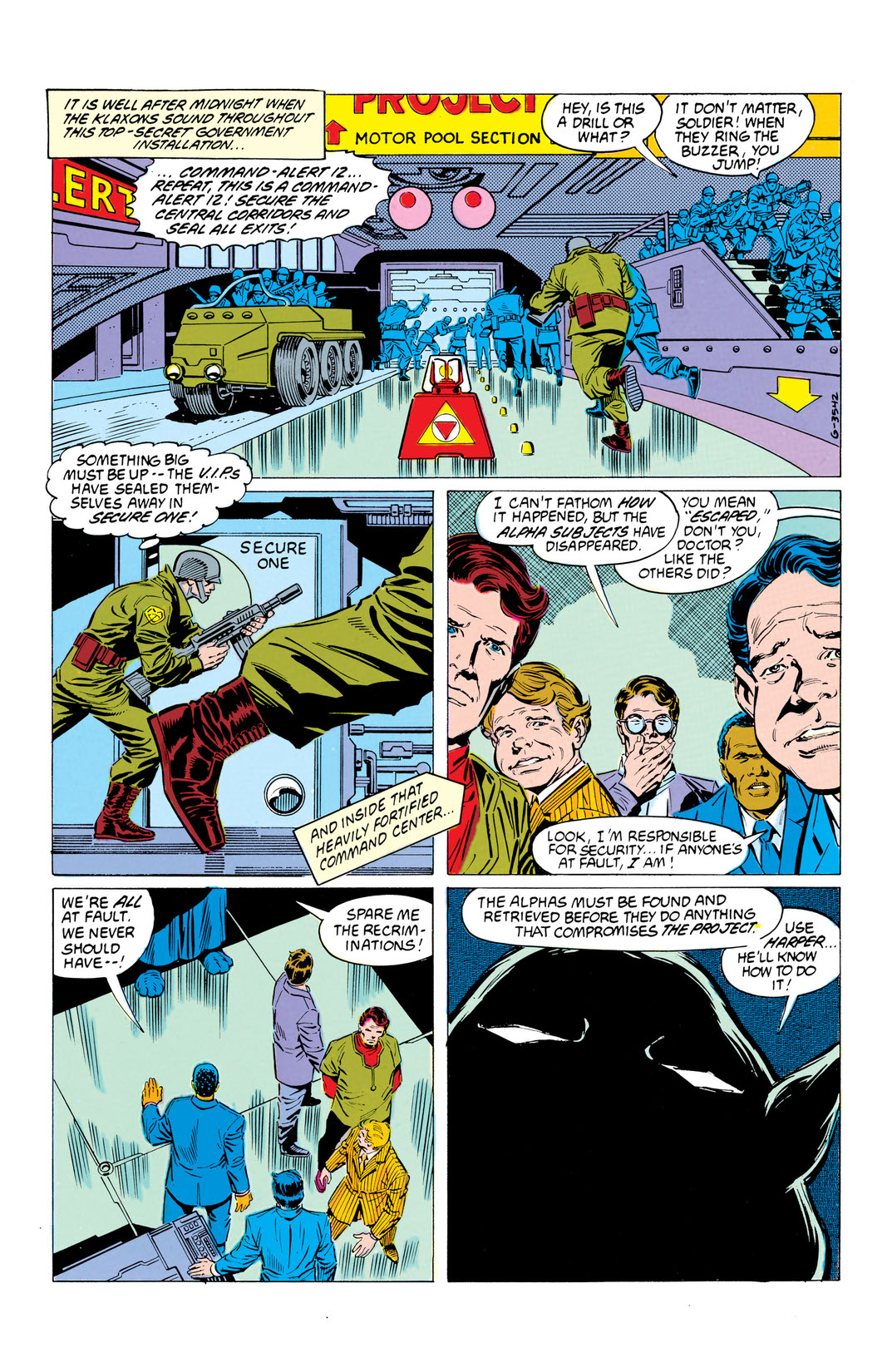 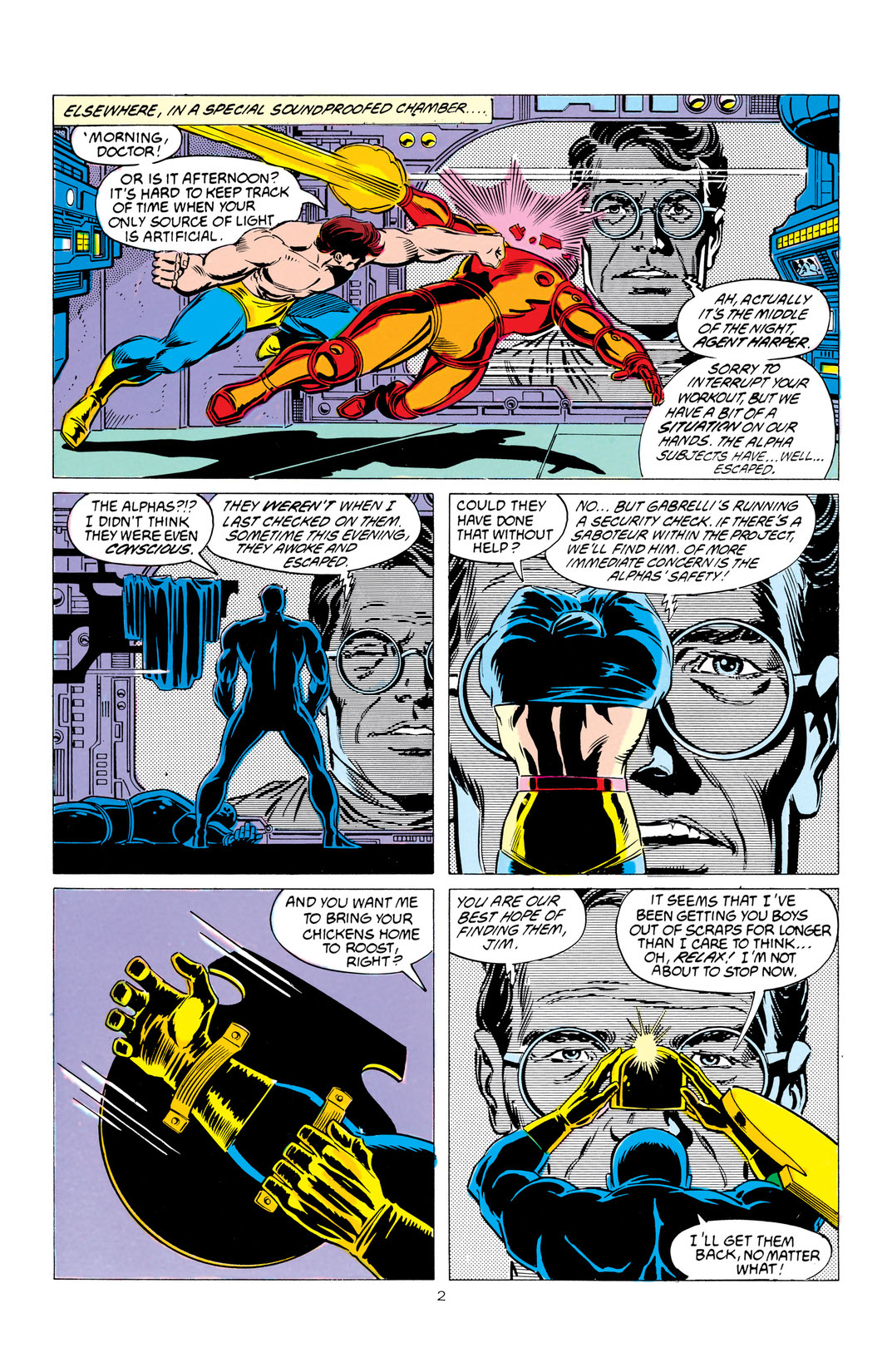 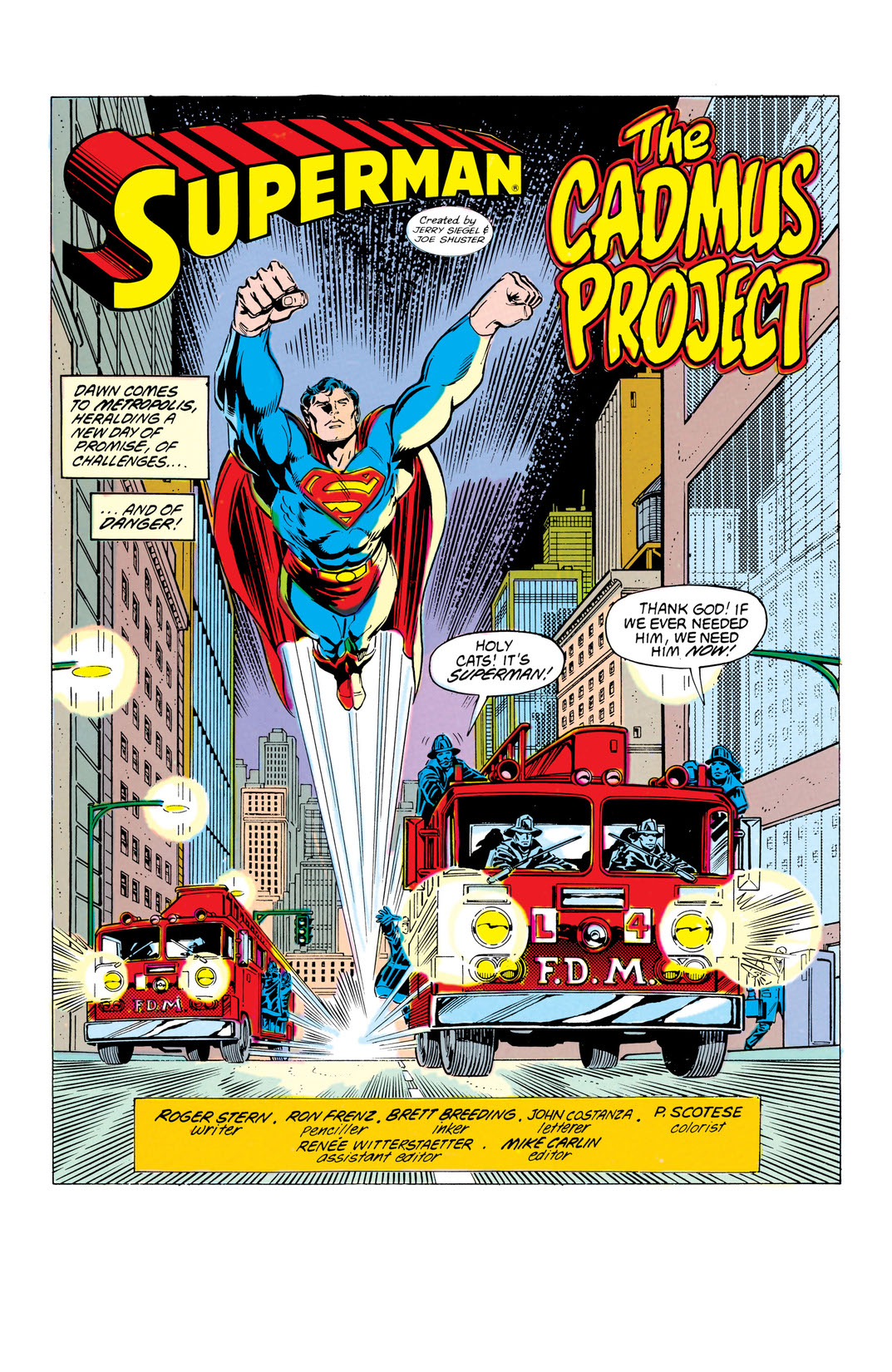 "THE CADMUS PROJECT" Sleez takes over Cadmus and forces the orginal Newsboy Legion to make young clones of themselves. These clones escape from Cadmus and travel to Metropolis where they come to the attention of Superman. Also, Dan Turpin, while recovering from an attack by Barrage, is visited by Captain Sawyer in the hospital. Dan finds a new perspective on his boss in "LOVE'S LABOR."