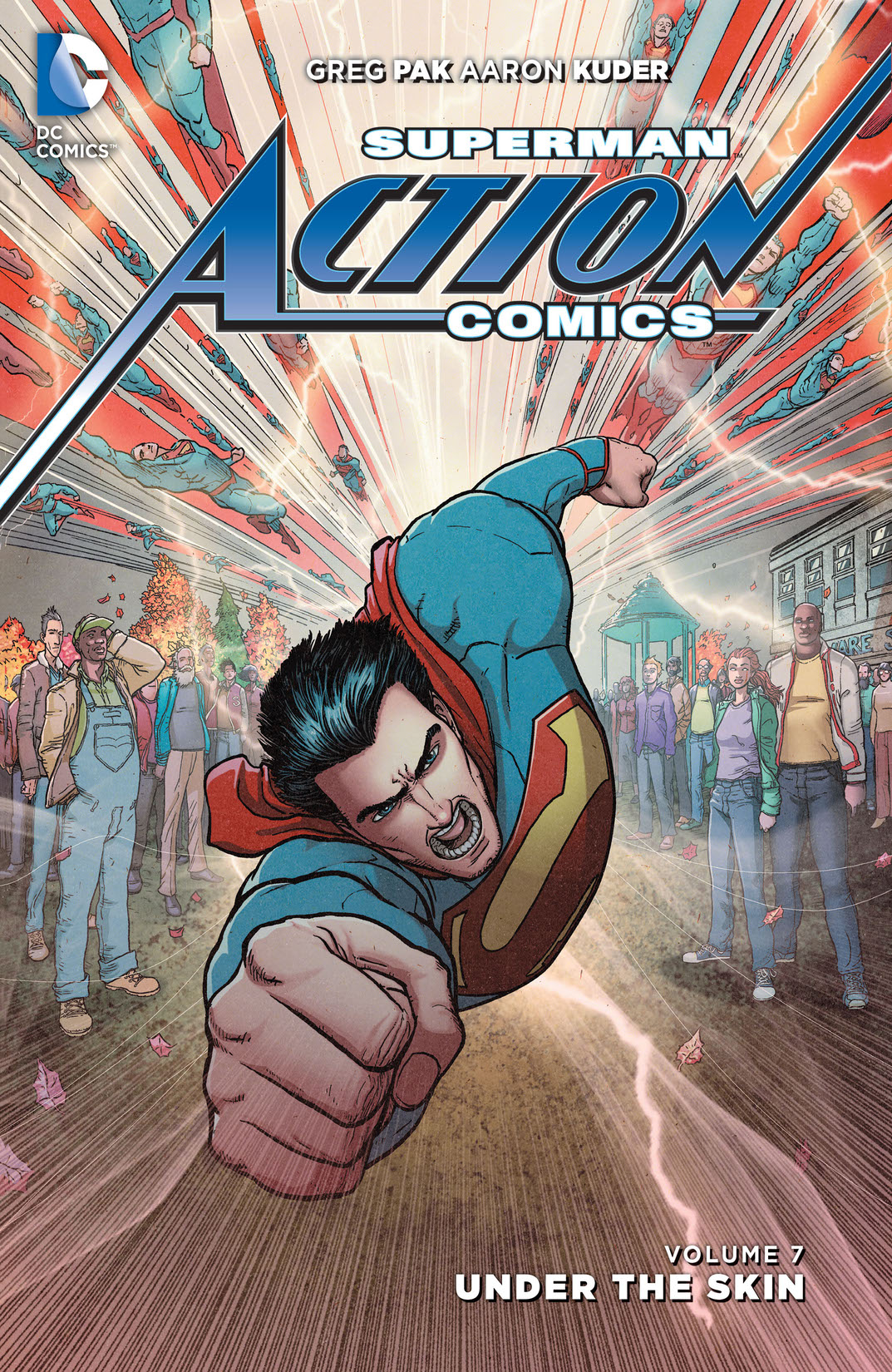 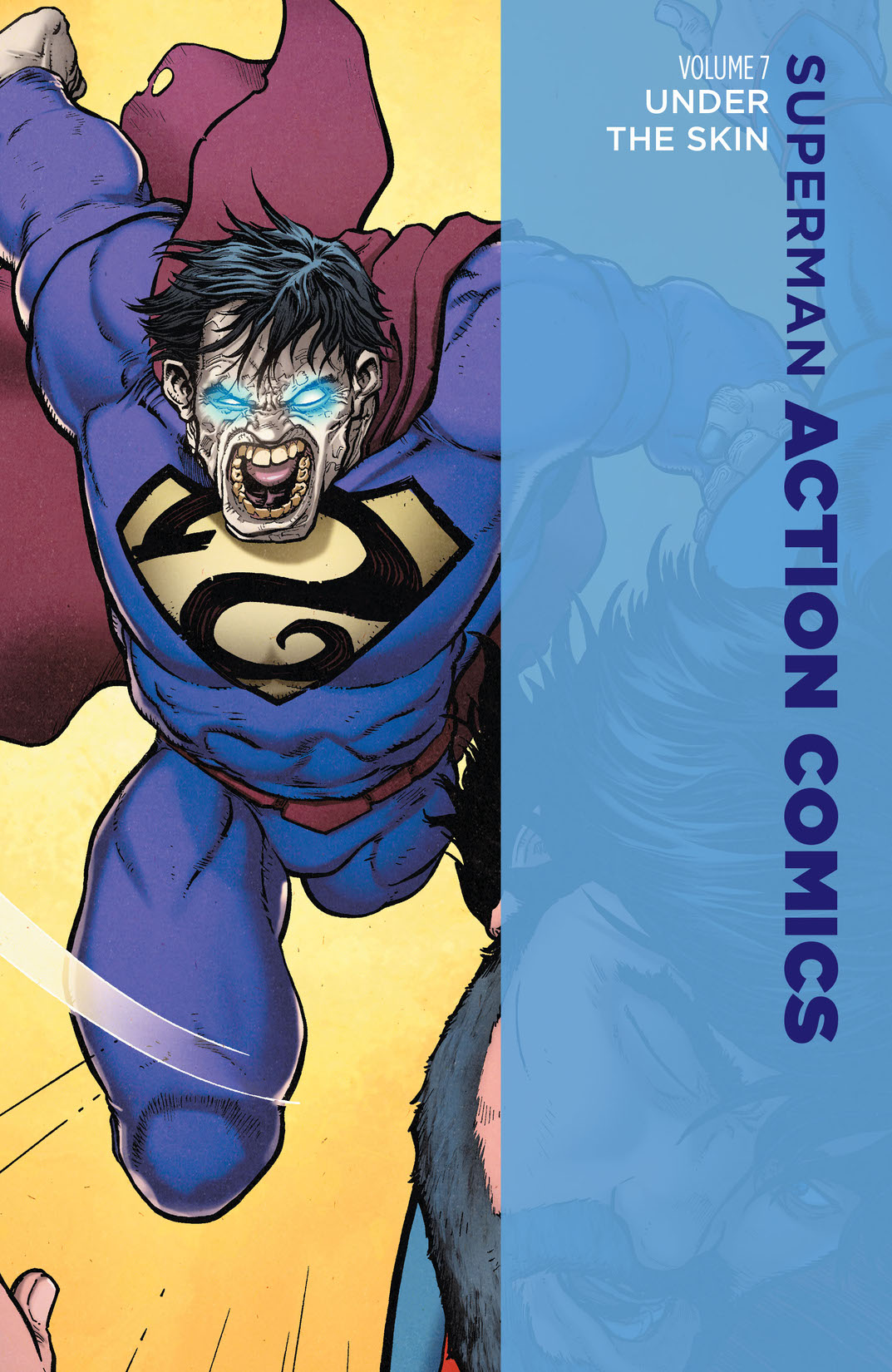 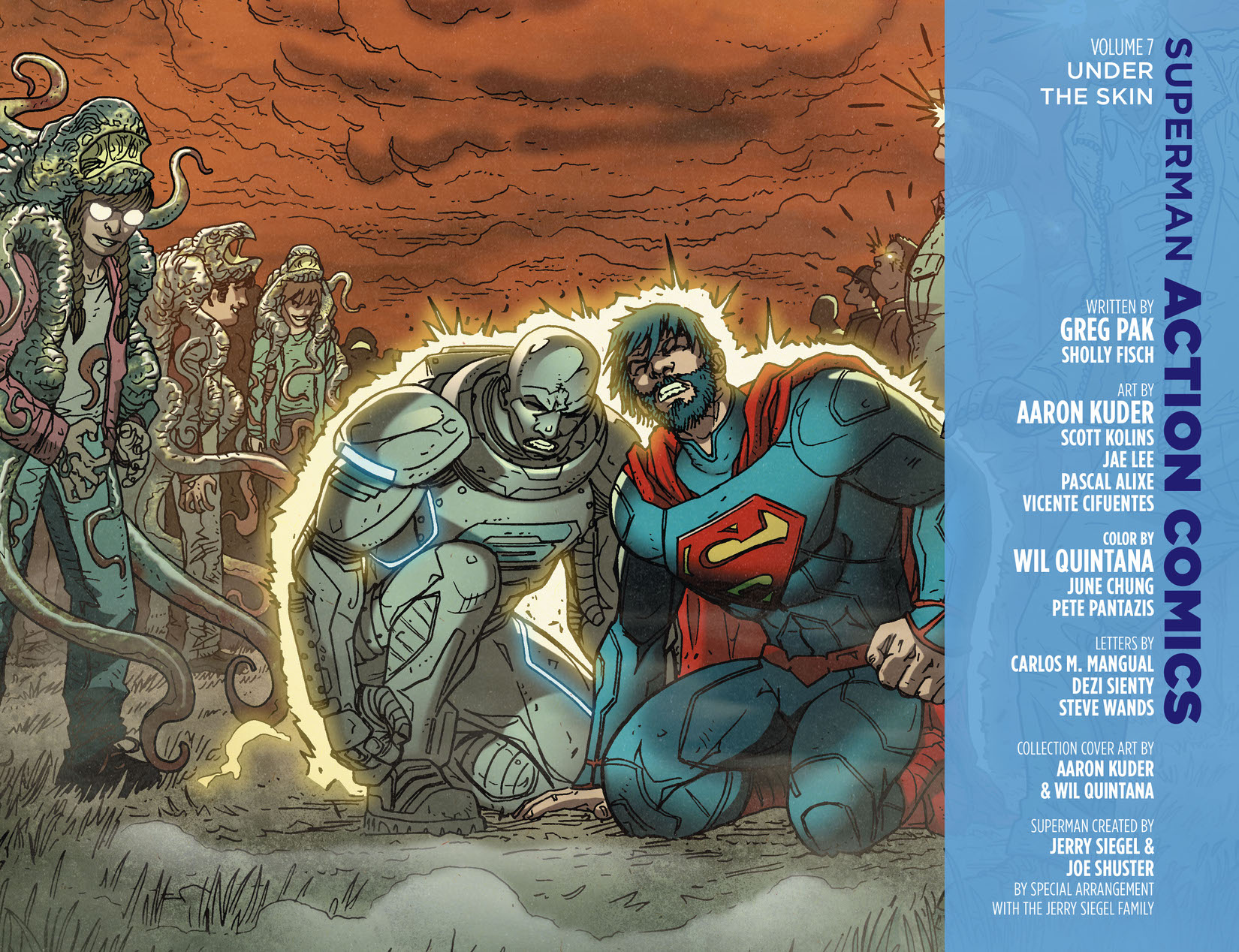 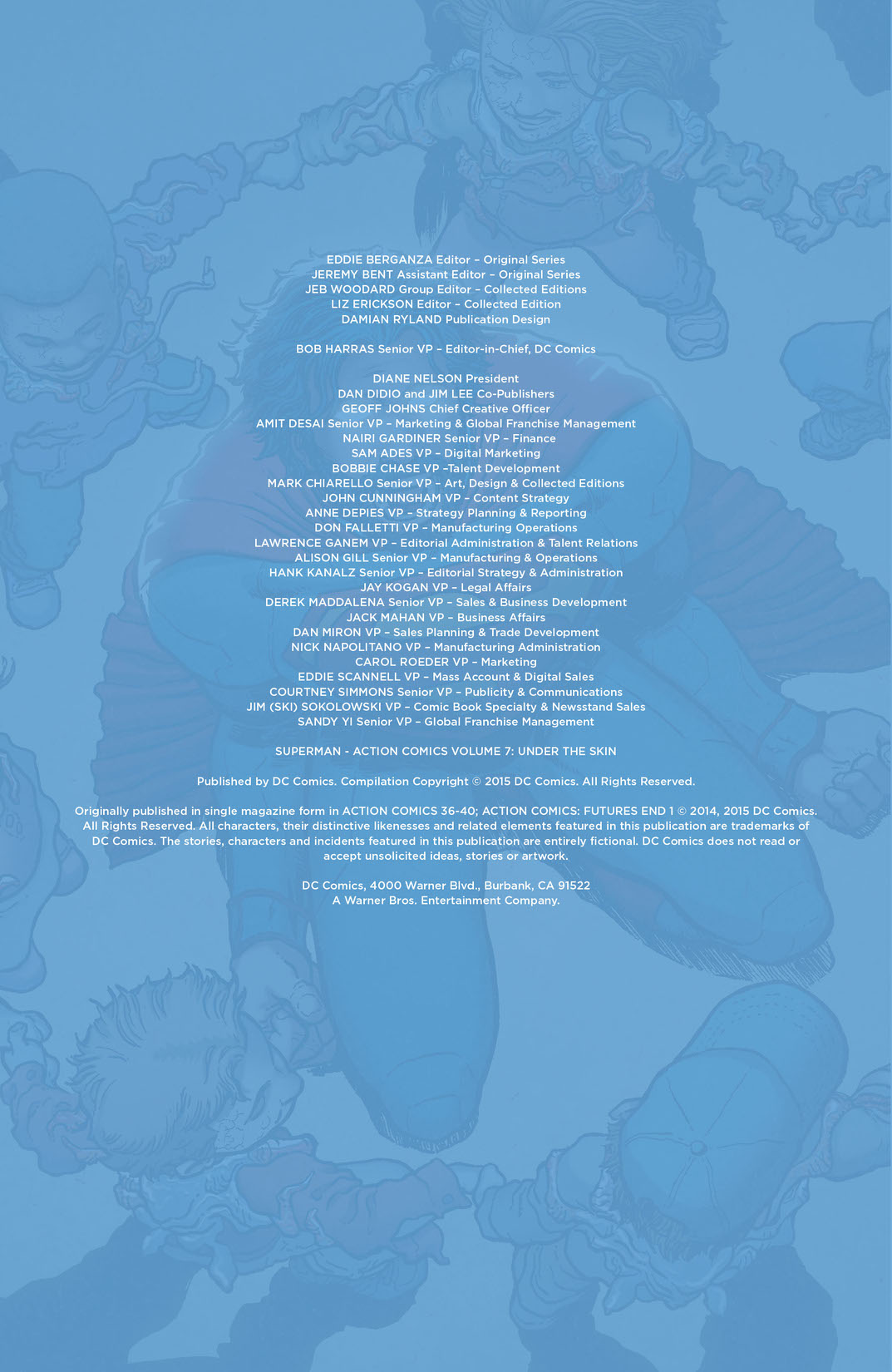 The Man of Steel faces off against the unimaginable in this chilling story from acclaimed creative team Greg Pak (BATMAN/SUPERMAN) and Aaron Kuder (GREEN LANTERN: NEW GUARDIANS). Superman may be from Krypton, but Smallville, Kansas will always be Clark Kent’s hometown. So when a mysterious fog rolls in, cutting the town off from the outside world, the Man of Steel is the first to leap into action. But there’s a monster lurking in the mist-one that feeds off of the terror and darkness that hides inside even Superman’s mind. Clark will risk anything to save the people he loves; but even if he succeeds, will he be able to break free of his own nightmares? SUPERMAN - ACTION COMICS VOL. 7: UNDER THE SKIN collects issues #36-40 and ACTION COMICS: FUTURES END #1.