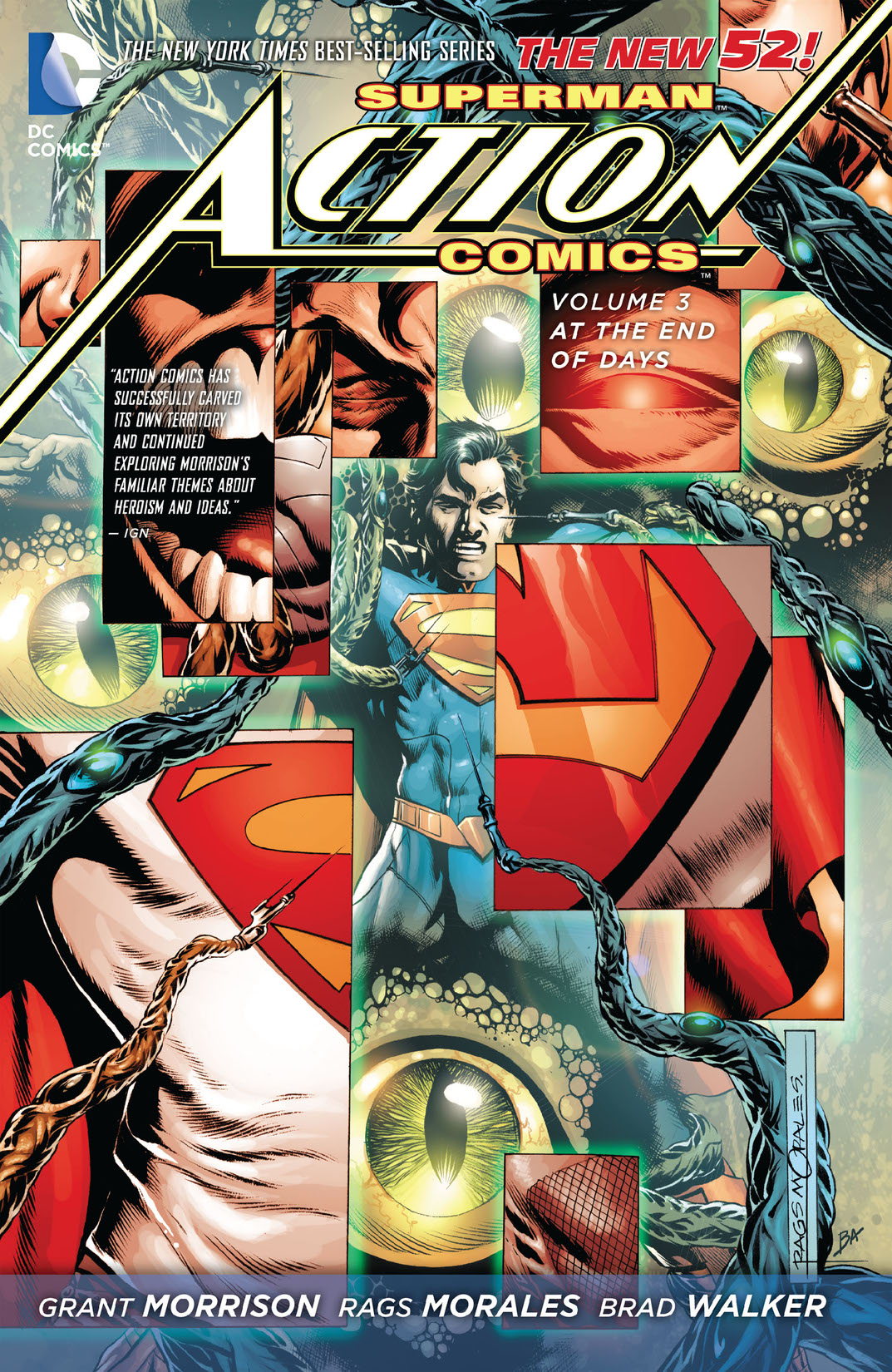 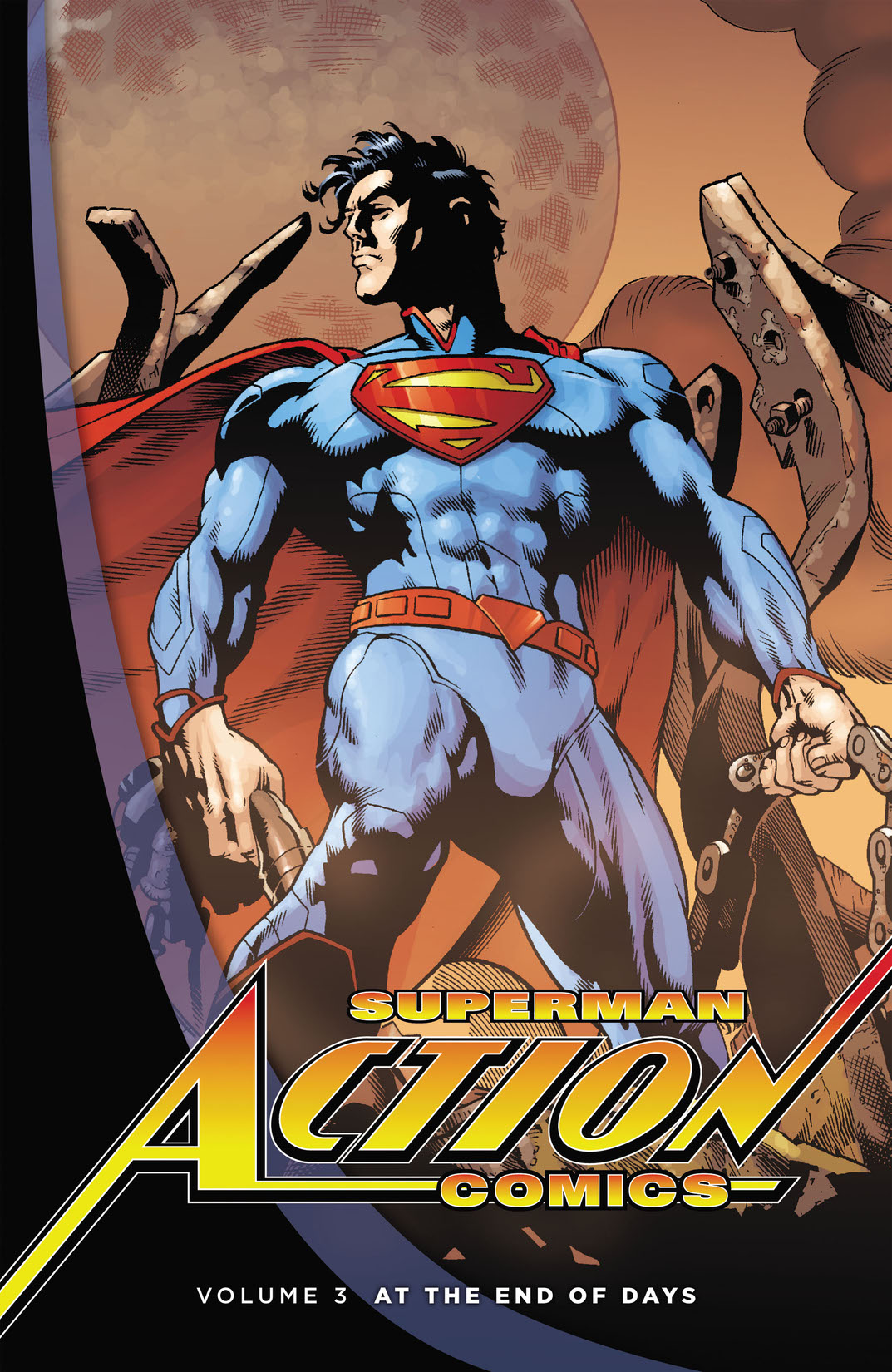 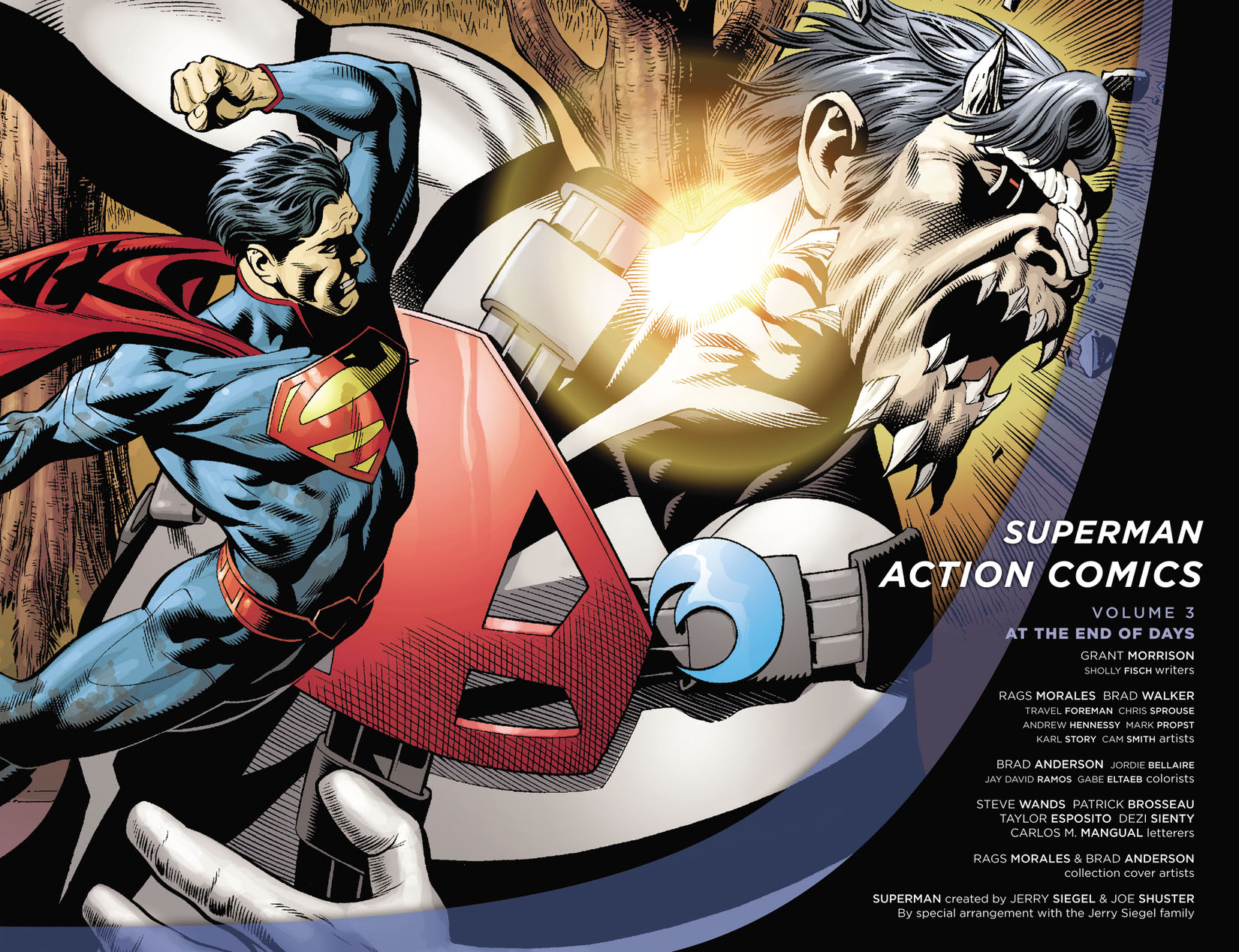 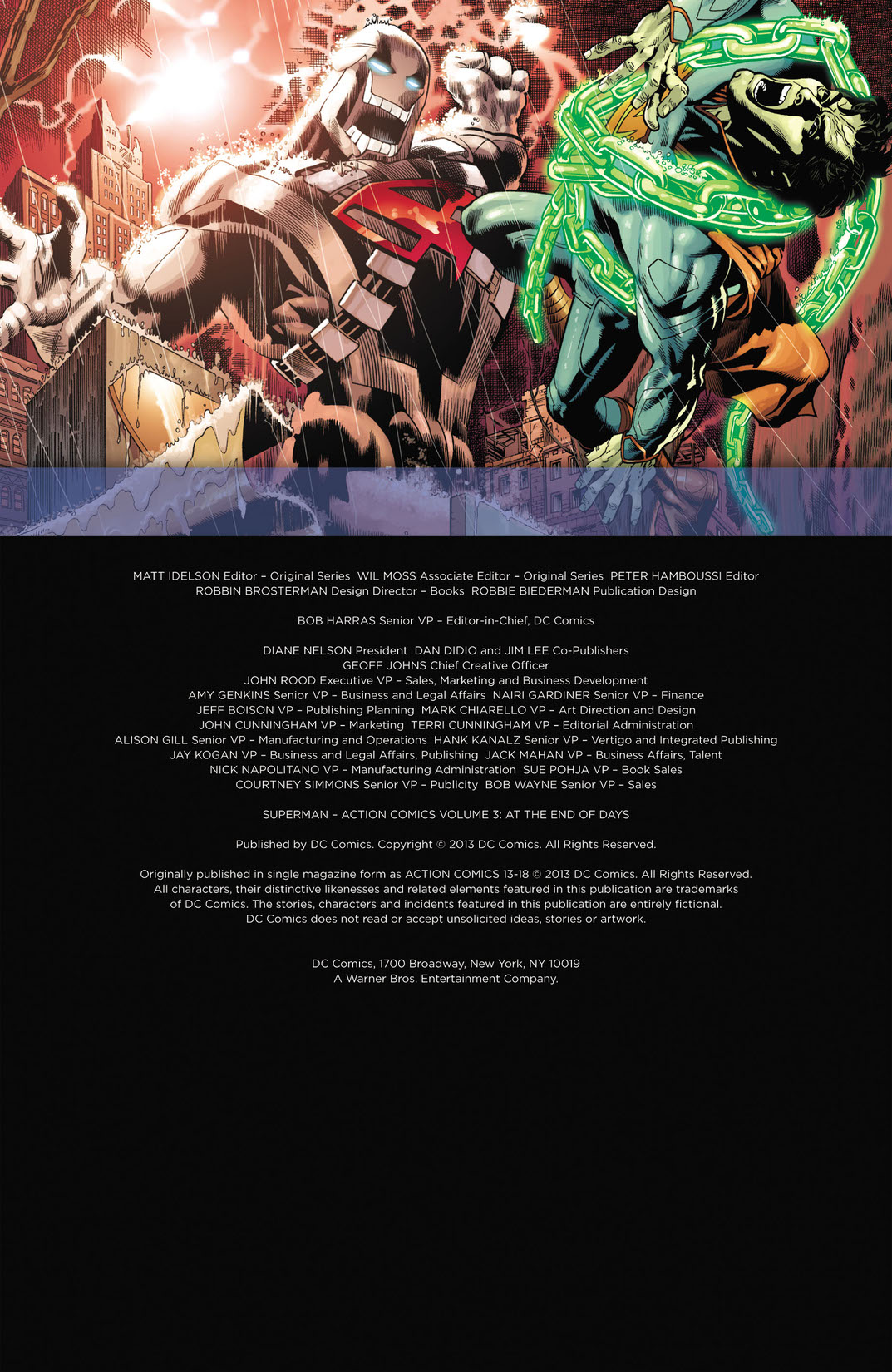 The NEW YORK TIMES best-selling creative team Grant Morrison and Rags Morales' landmark run on SUPERMAN: ACTION COMICS ends here in SUPERMAN: ACTION COMICS VOLUME 3: AT THE END OF DAYS! Five years ago, Clark Kent moved to Metropolis. Alone buthopeful, he donned a simple t-shirt laden with a giant S, beginning the career of one of the greatest heroes this—or any other—world has seen. Superman has grown with the city around him, and though he is feared by the public, there's no doubt theyneed him to protect them from this universe's gravest threats. But when the multiverse sends its deadliest villains against the Man of Steel, can even he turn them back? Collects SUPERMAN 13-17.