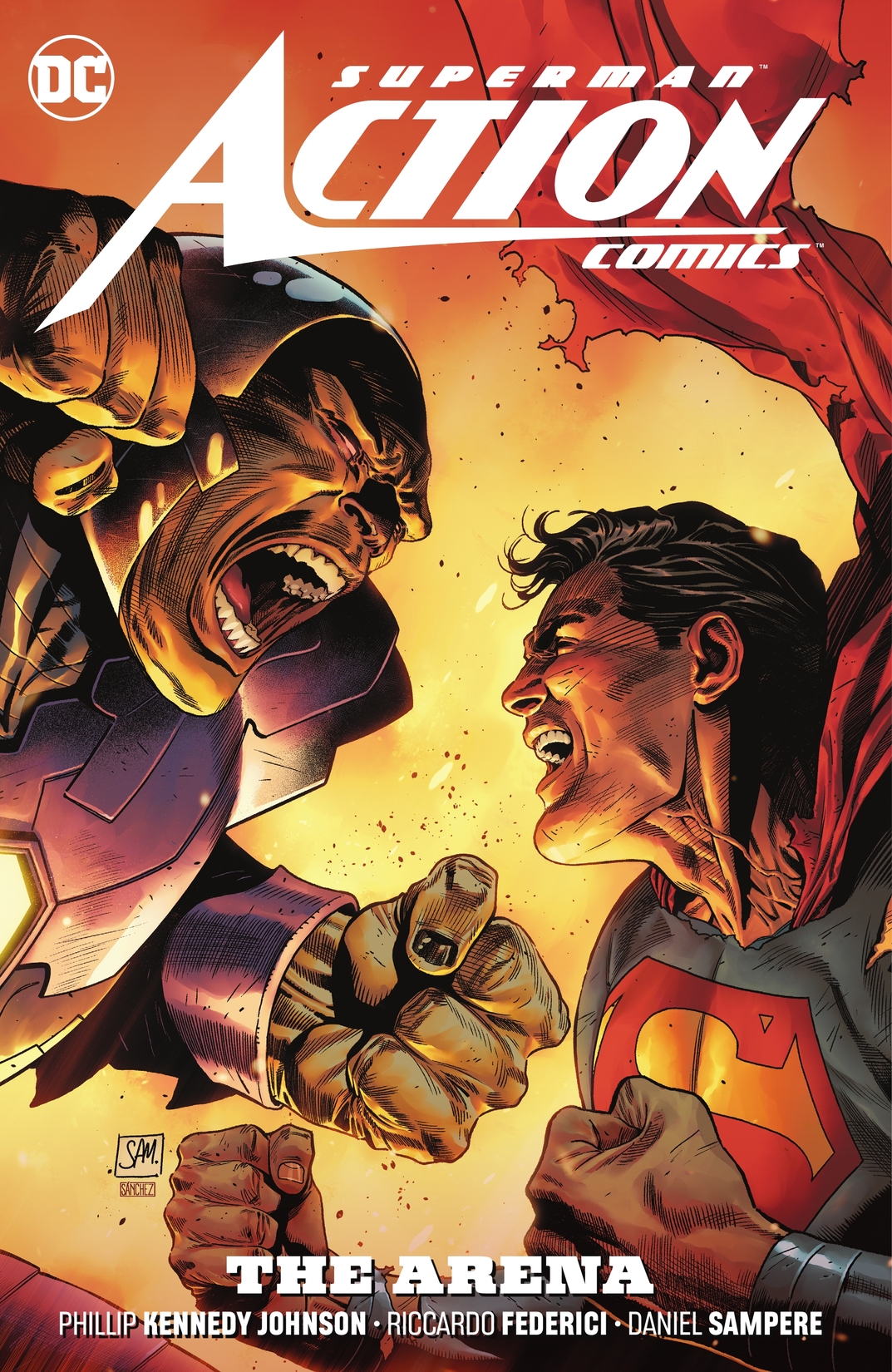 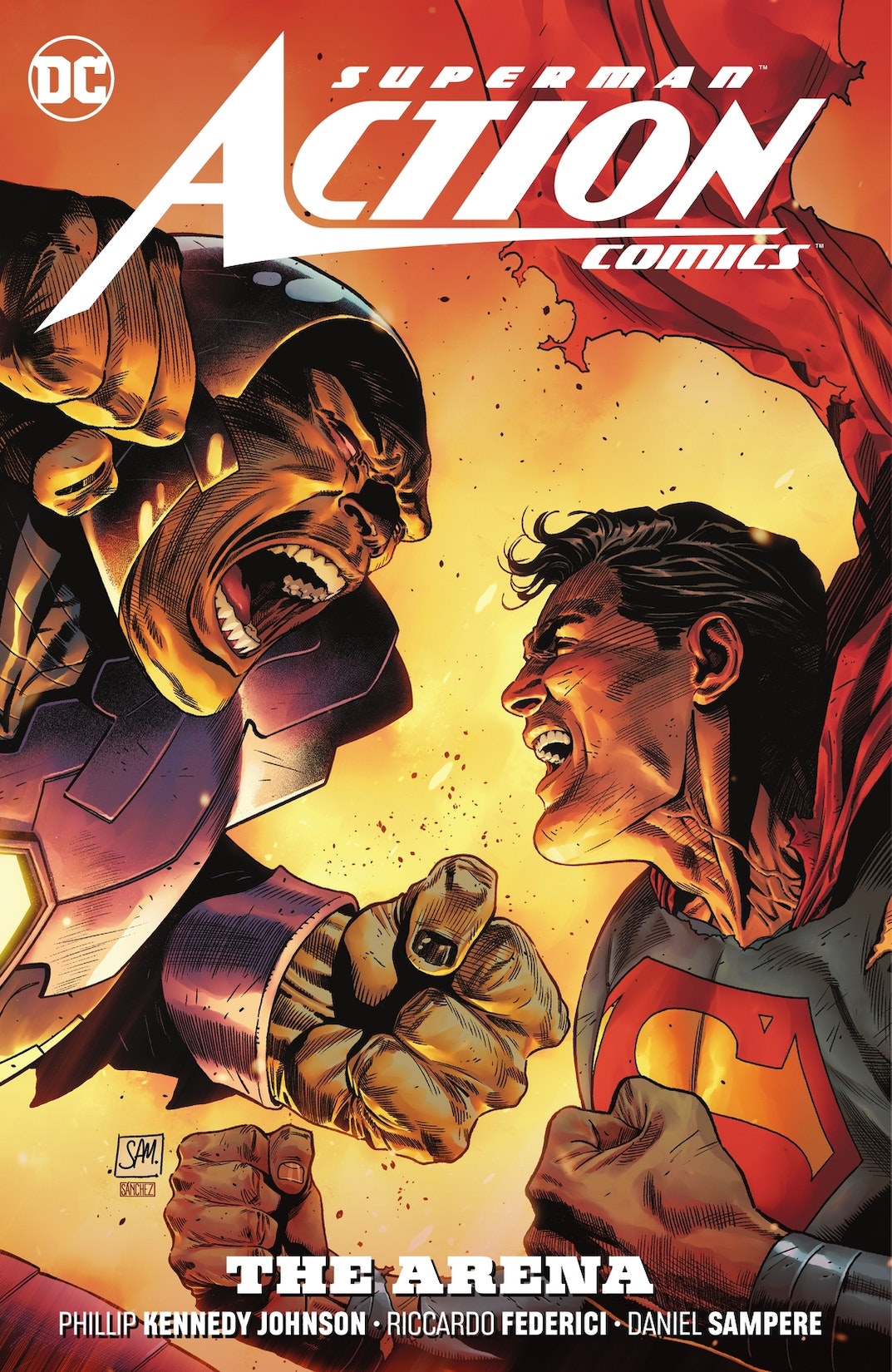 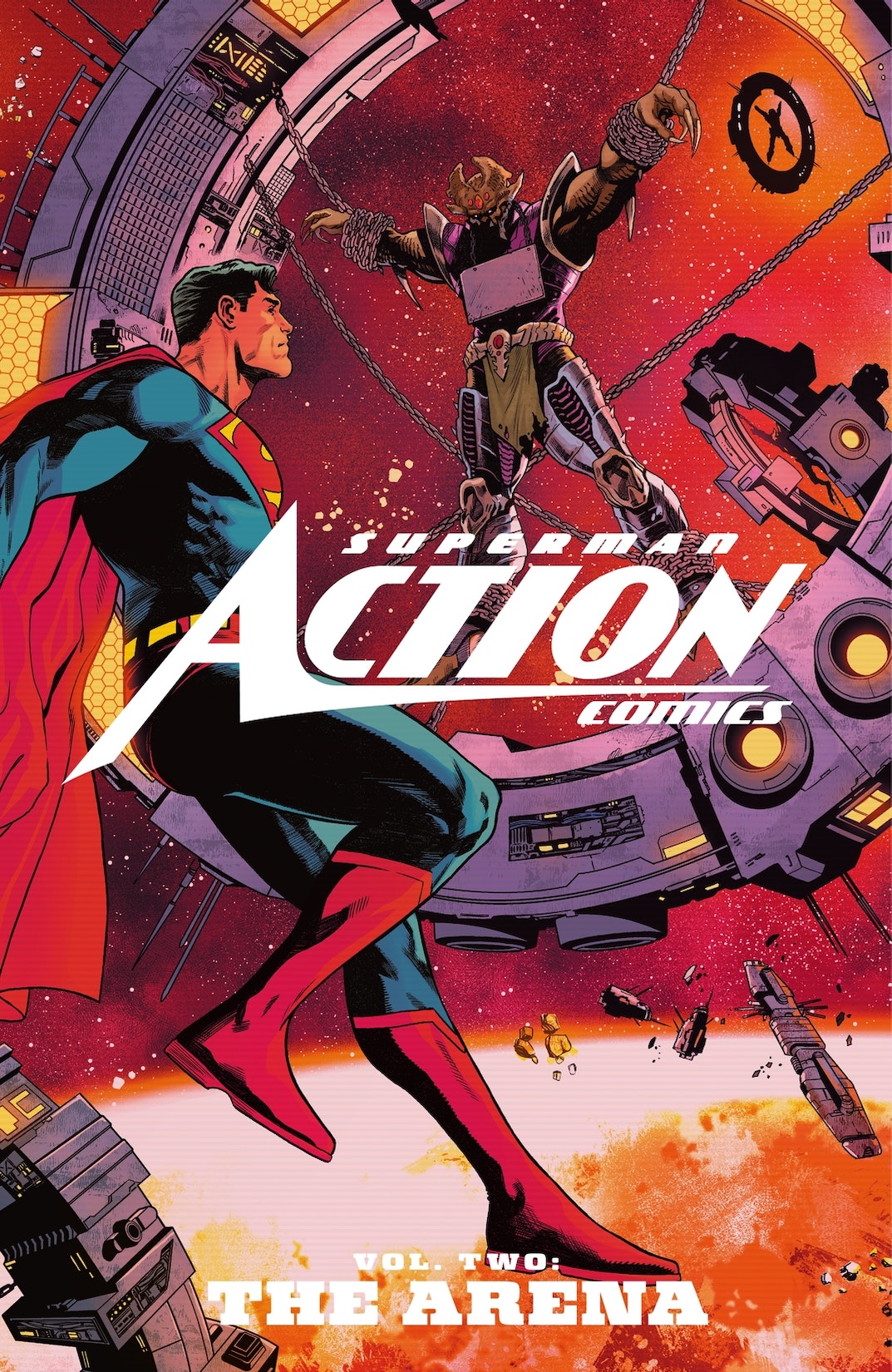 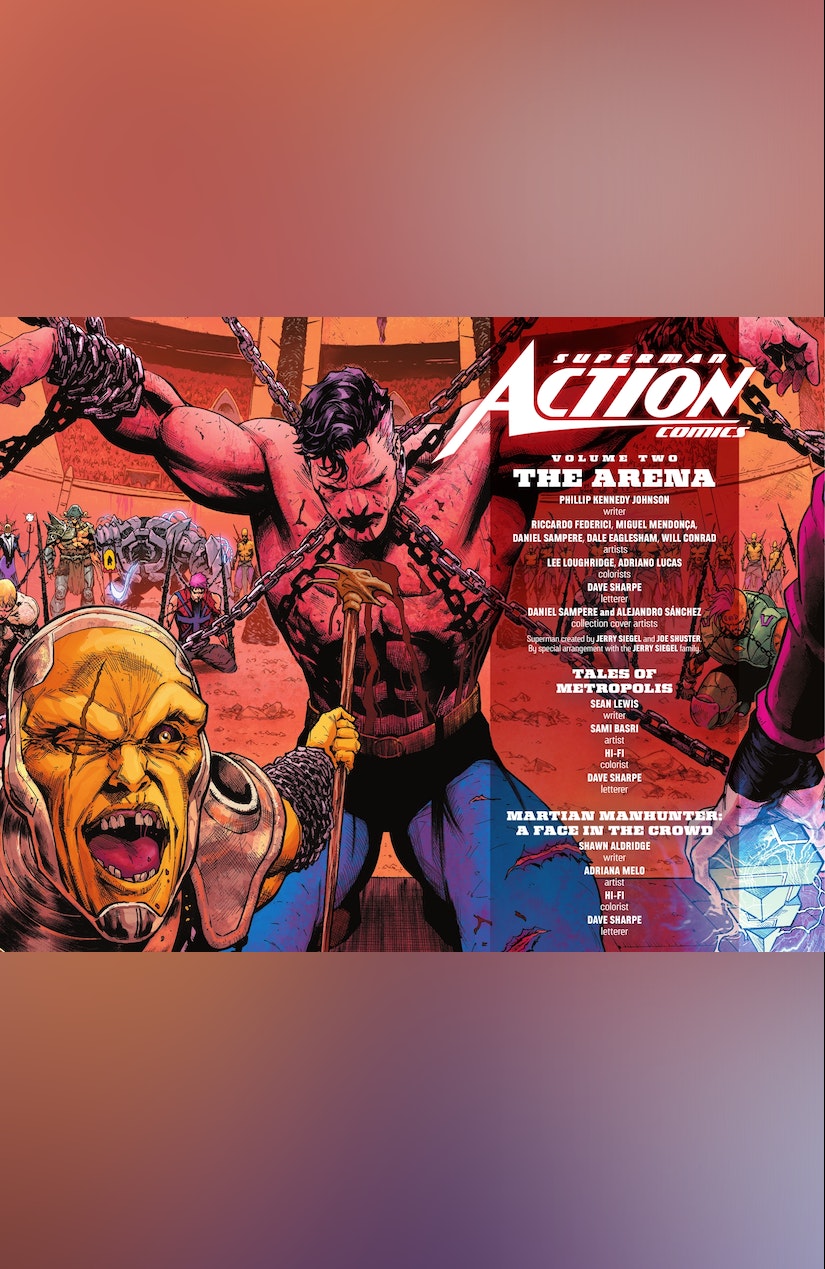 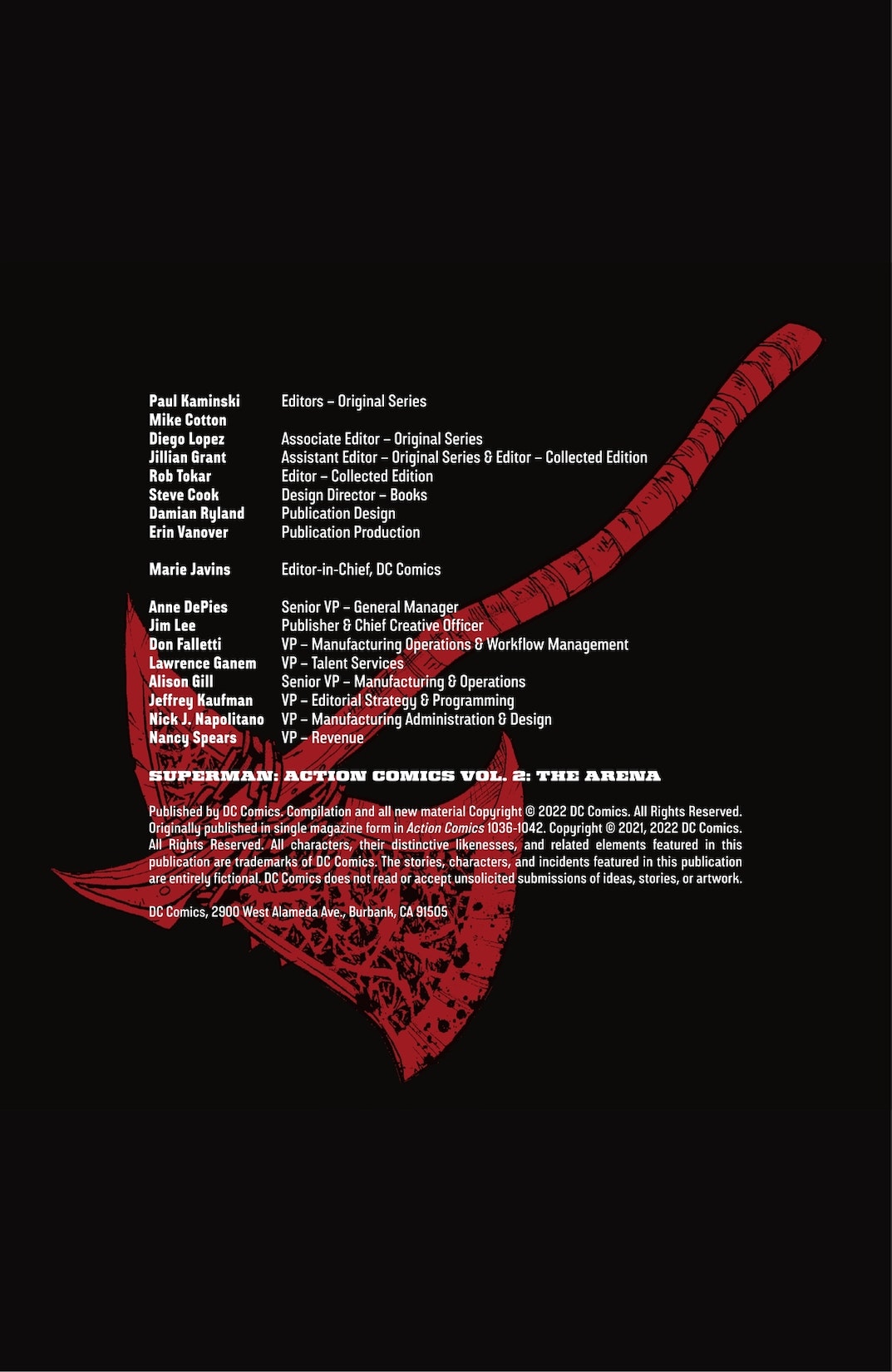 Superman’s greatest battle is only beginning! After learning of an enslaved race with mysterious ties to Krypton, Superman and the Authority travel across space to dethrone the new Mongul and liberate Warworld. But Mongul and his champions are prepared! Now Superman, powerless and captured, will need to team up with other gladiators to turn Warworld’s inhabitants against their masters, while the Authority fights Mongul’s rule from the shadows. Which heroes will survive, and what will be Warworld’s fate? Collects Action Comics #1036-1041.