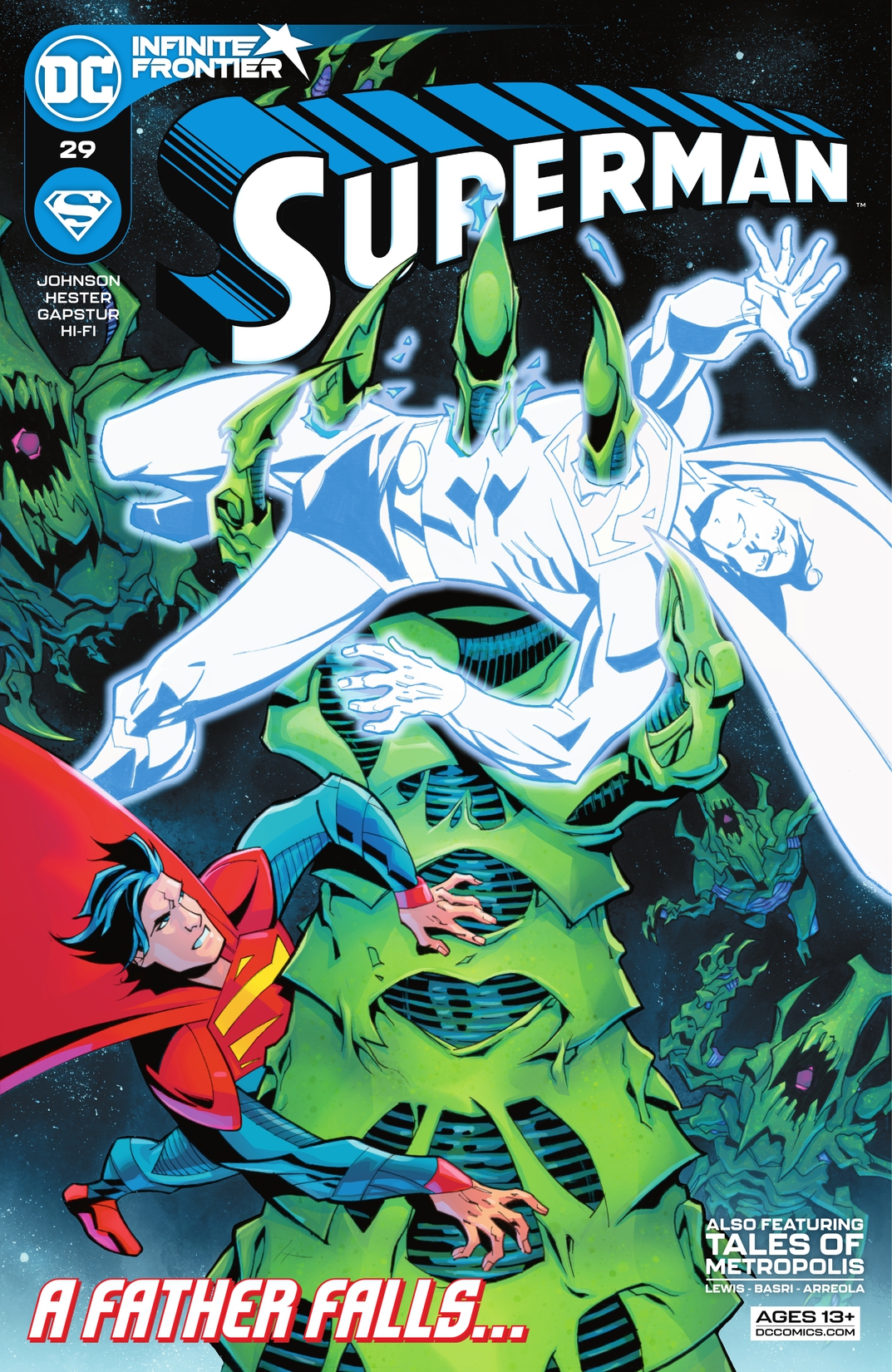 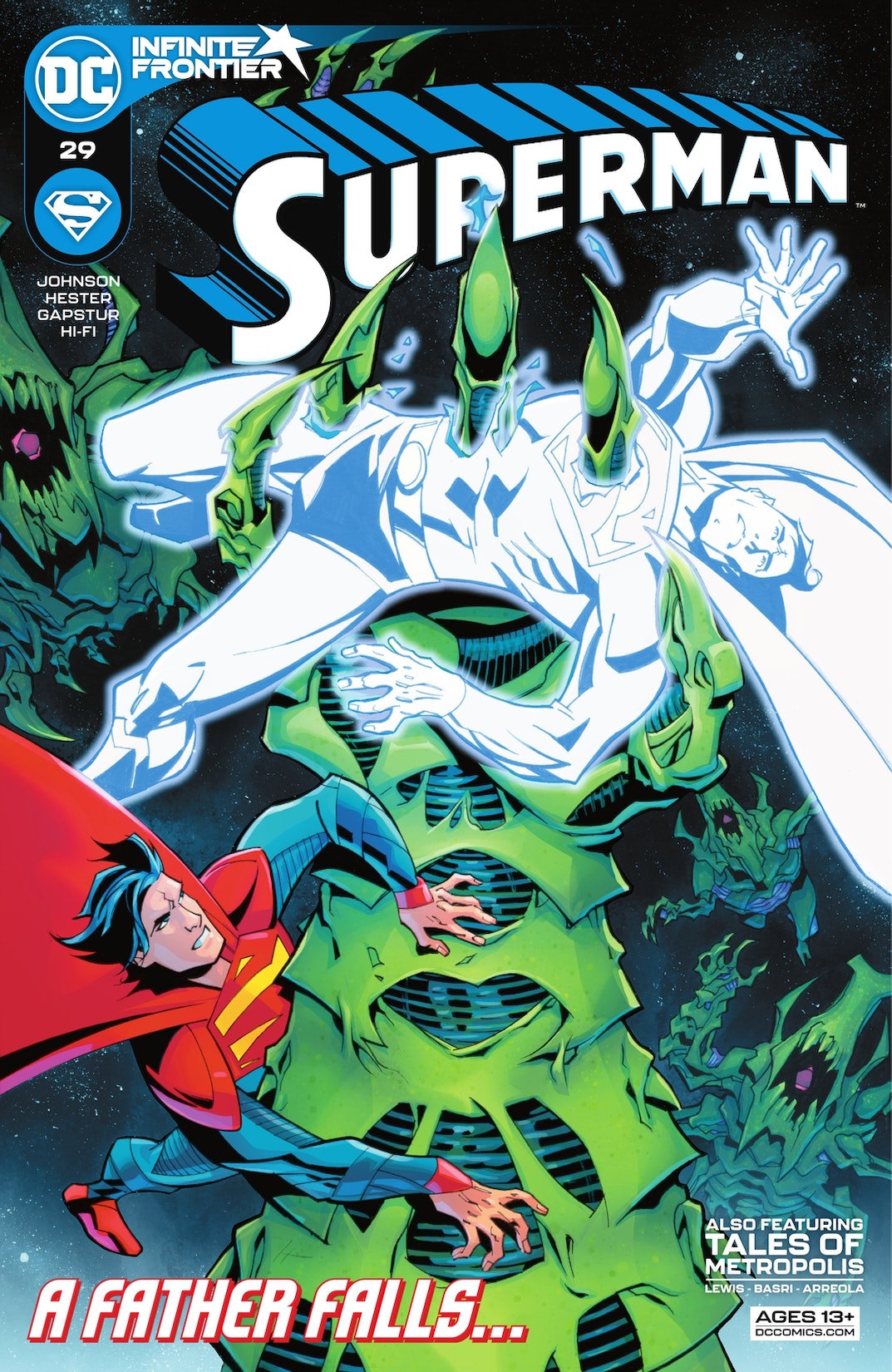 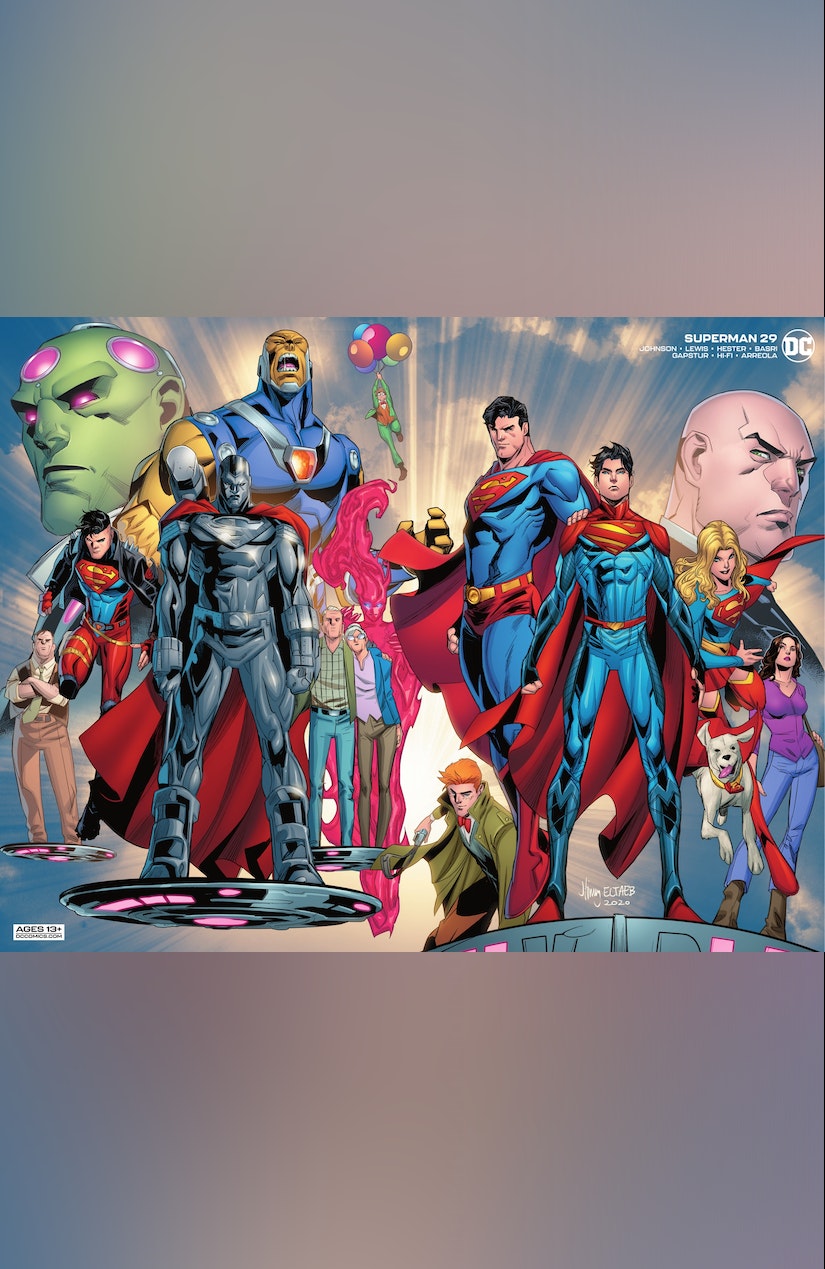 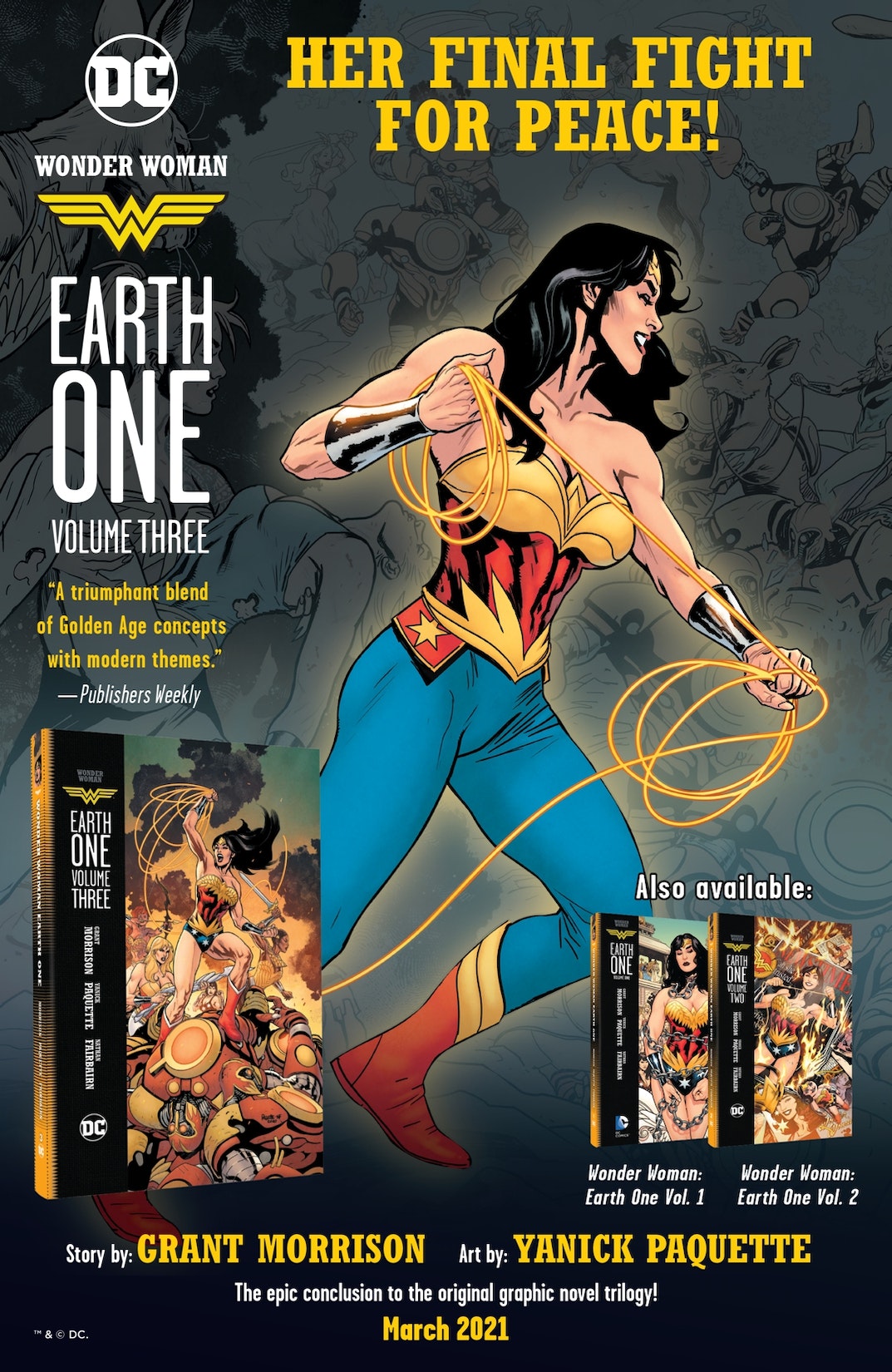 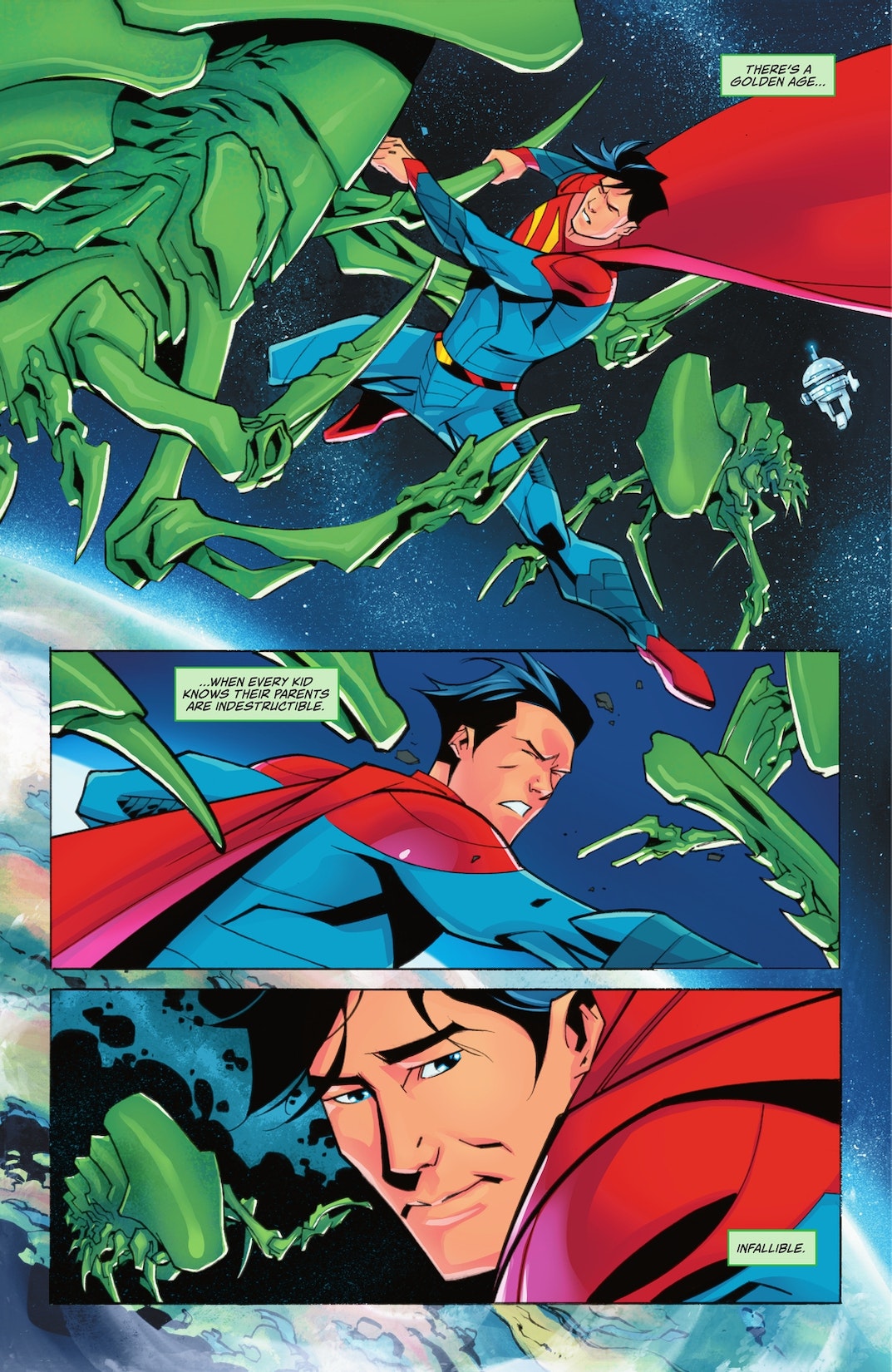 Writer Phillip Kennedy Johnson jumps from DC Future State back to the present for a two-part story that spans Superman and Action Comics this month! In “The Golden Age,” Jonathan Kent steps back to examine his father’s legacy. When a monstrous foe from outer space attacks Clark-and nearly kills him!-this young hero must consider the fact that his father died once before, and the Legion of Super-Heroes told him he could die again. Any threat could be the one-including this one! And in the new backup “Tales of Metropolis” story, writer Sean Lewis (DC Future State: Superman of Metropolis) and artist Sami Basri (Harley Quinn) follow Jimmy Olsen on a quest to meet of some of the city’s more colorful denizens, beginning with Bibbo Bibbowski!