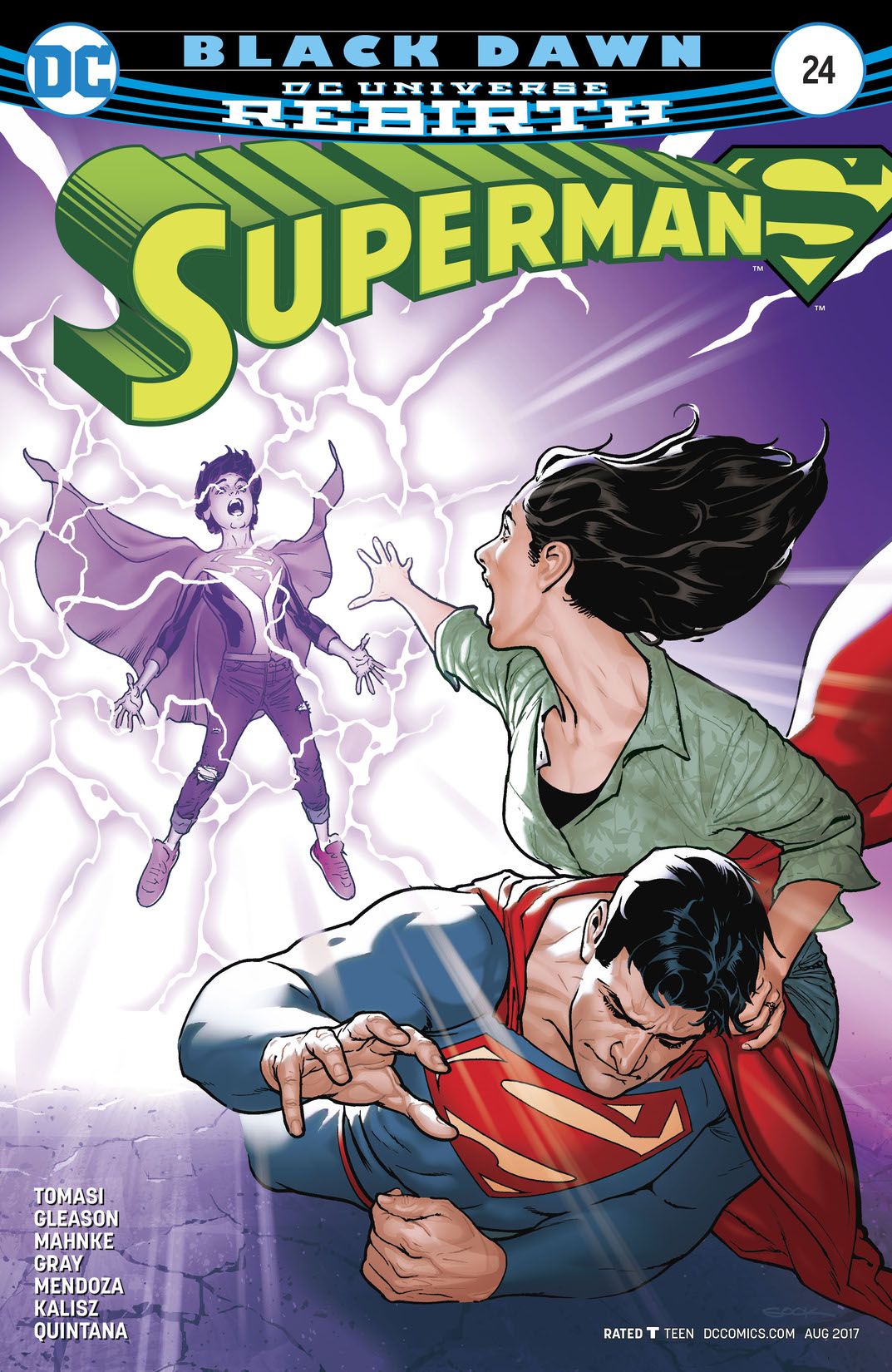 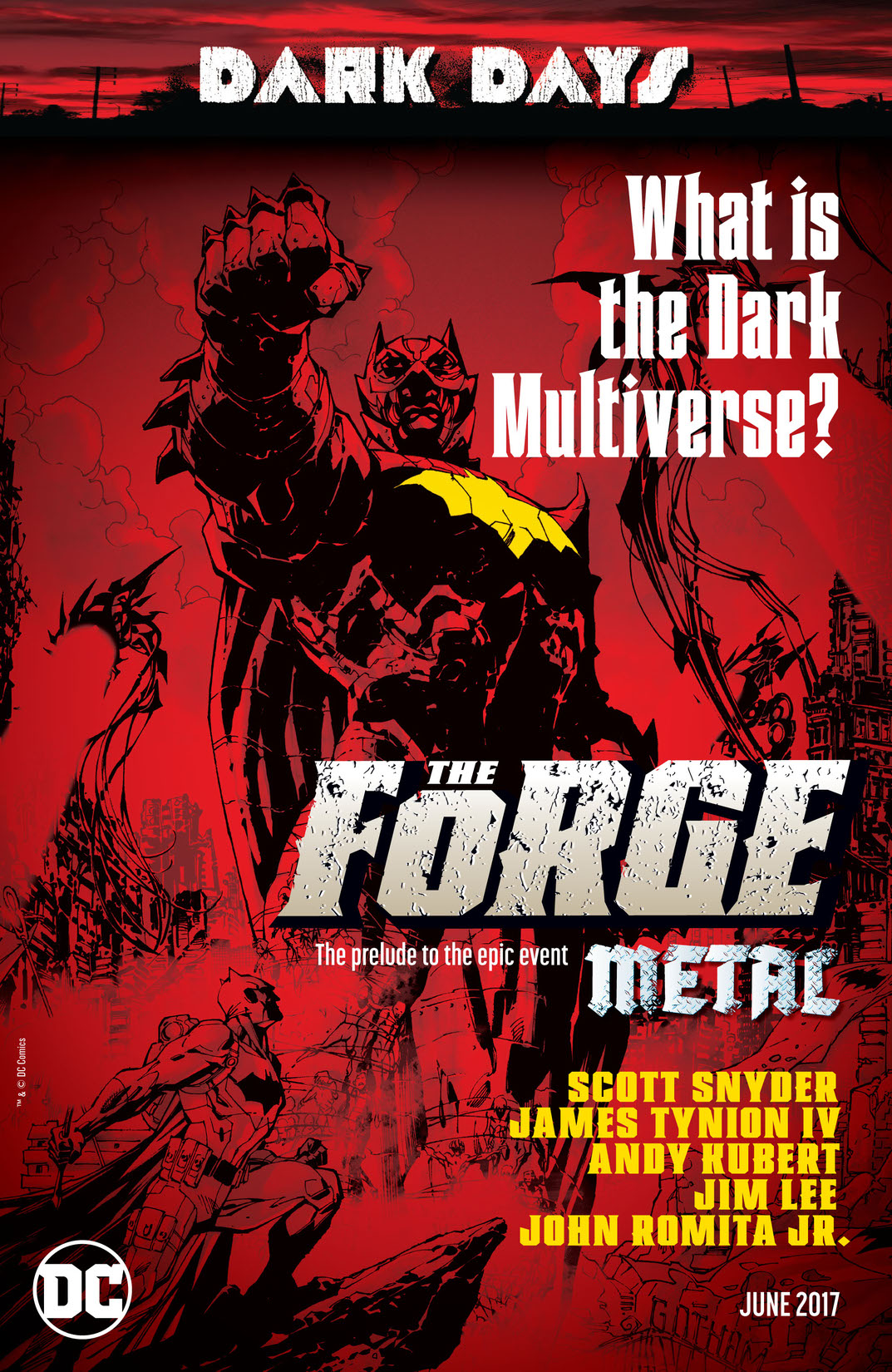 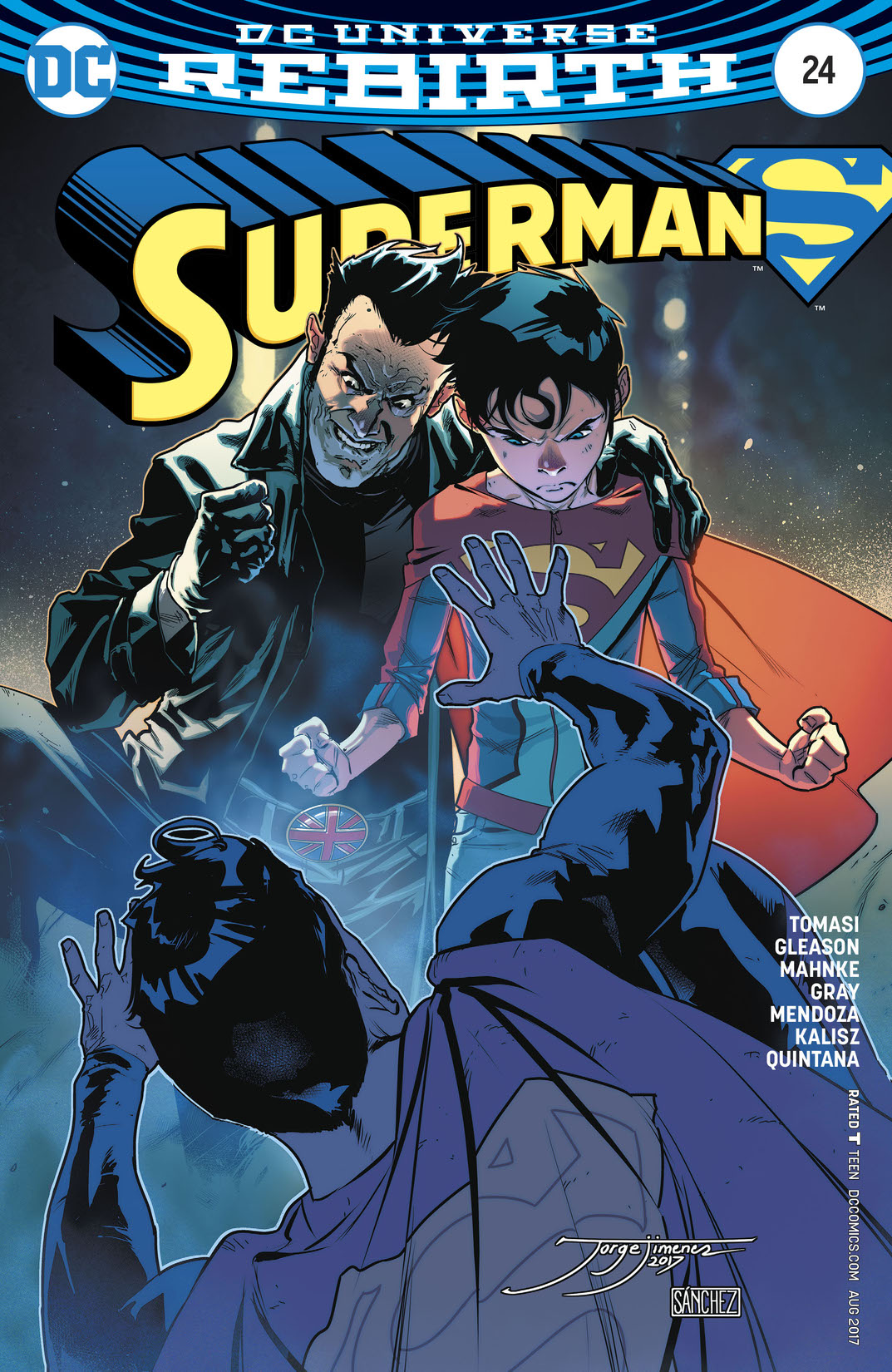 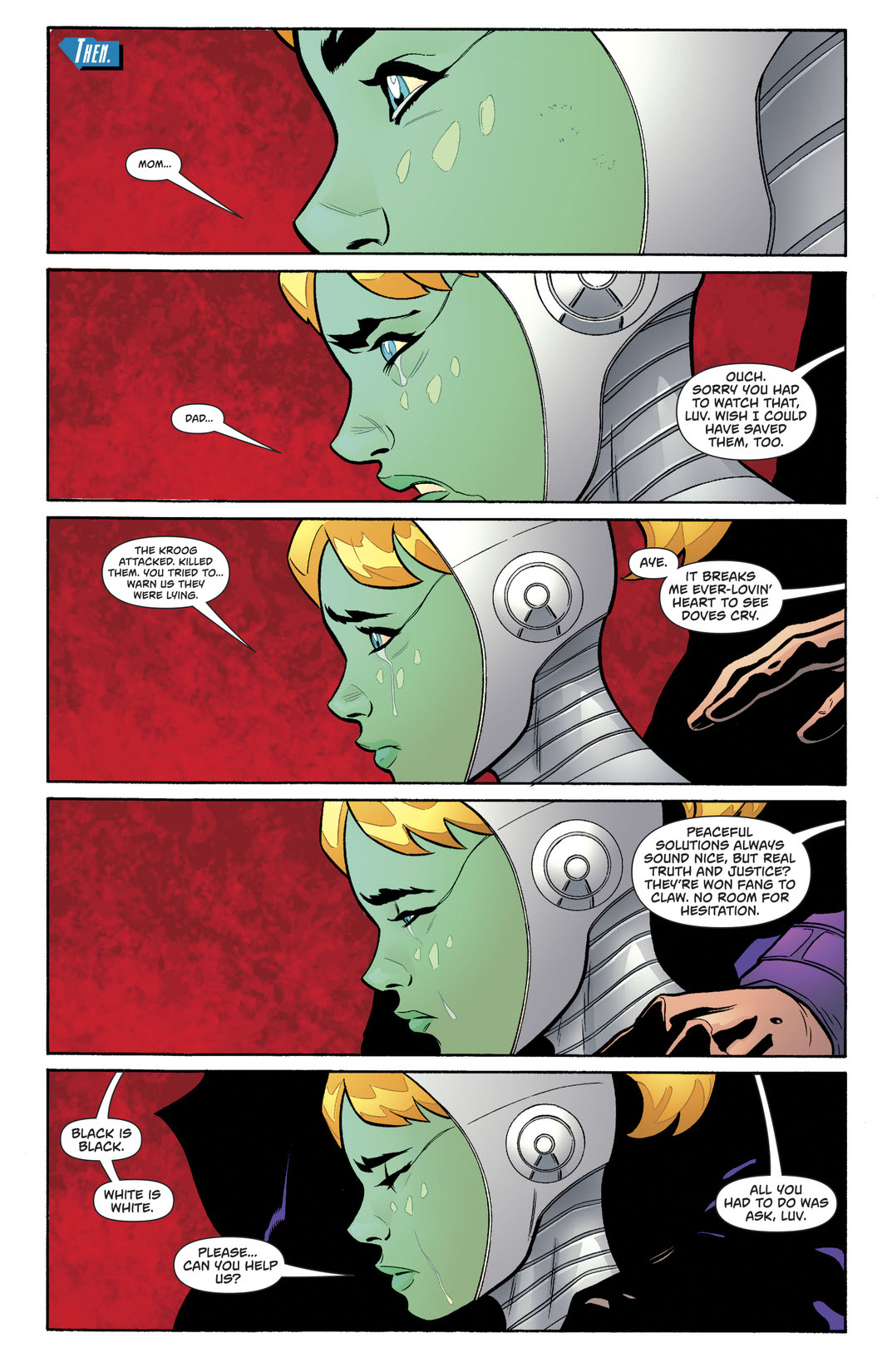 “BLACK DAWN” part five! The Man of Steel faces the one foe he refuses to fight—his son. An emerging new ability for Superboy proves deadly to Superman as the promise of power appears to lead Jon Kent to betray his father.