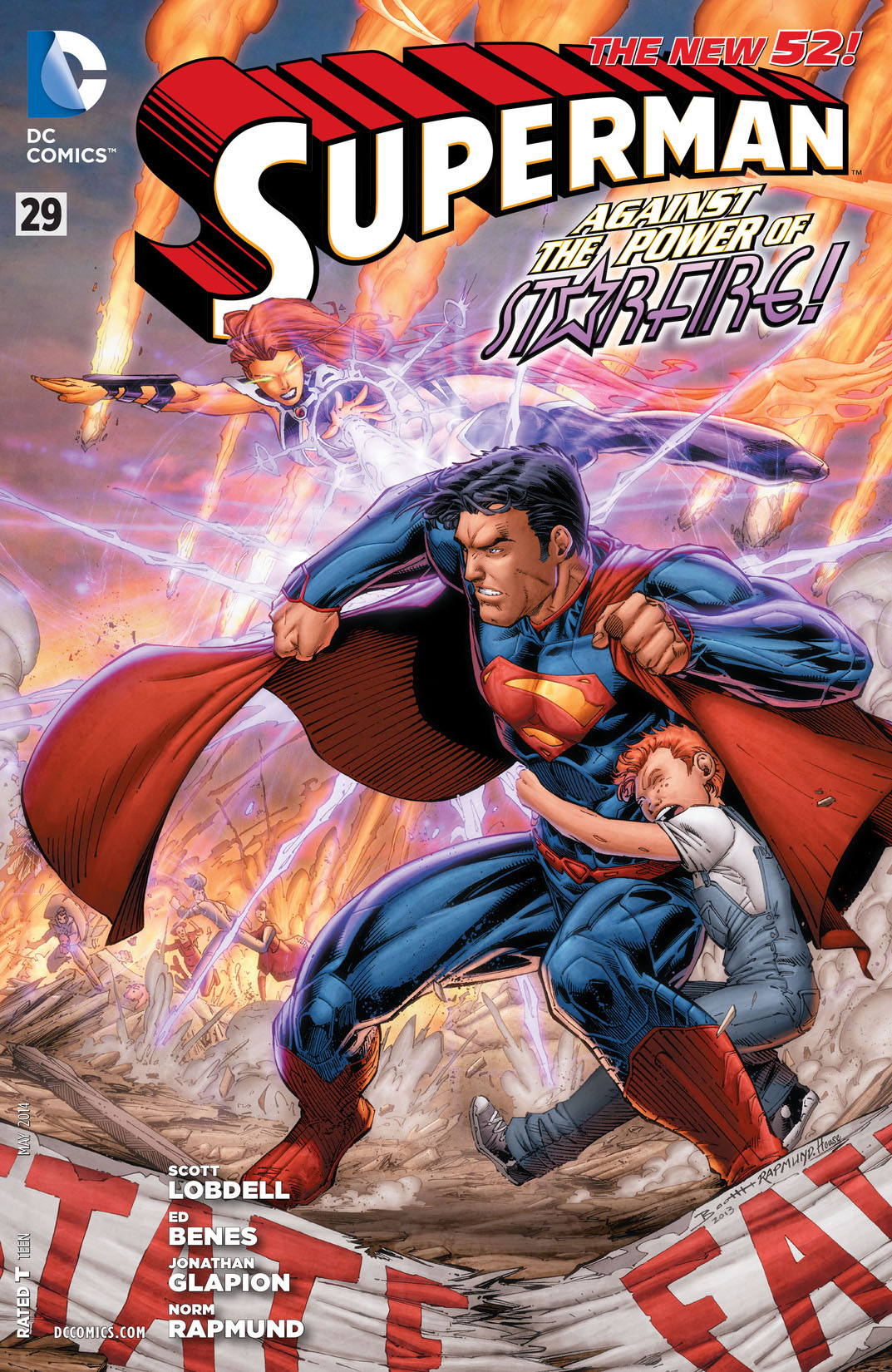 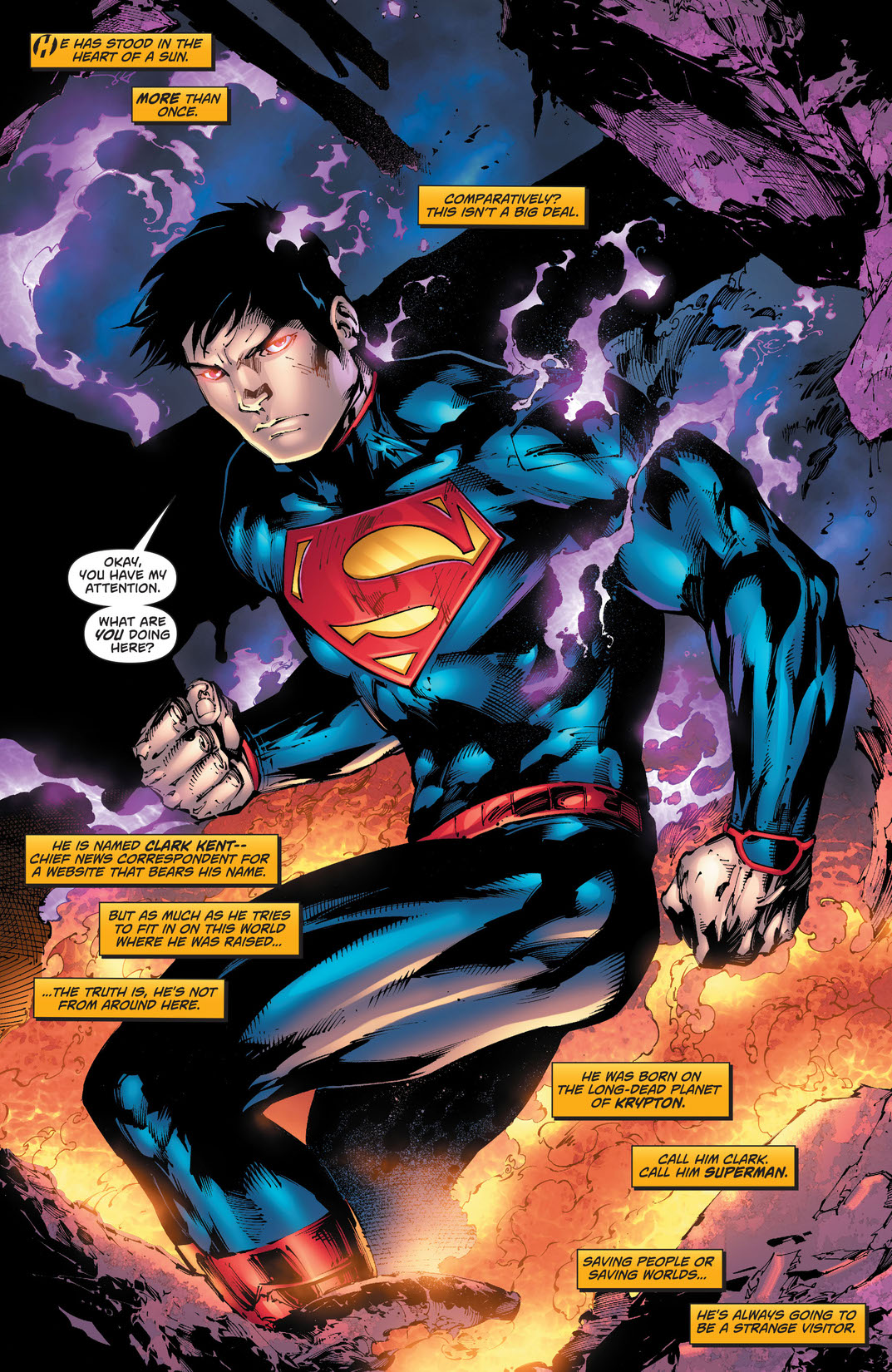 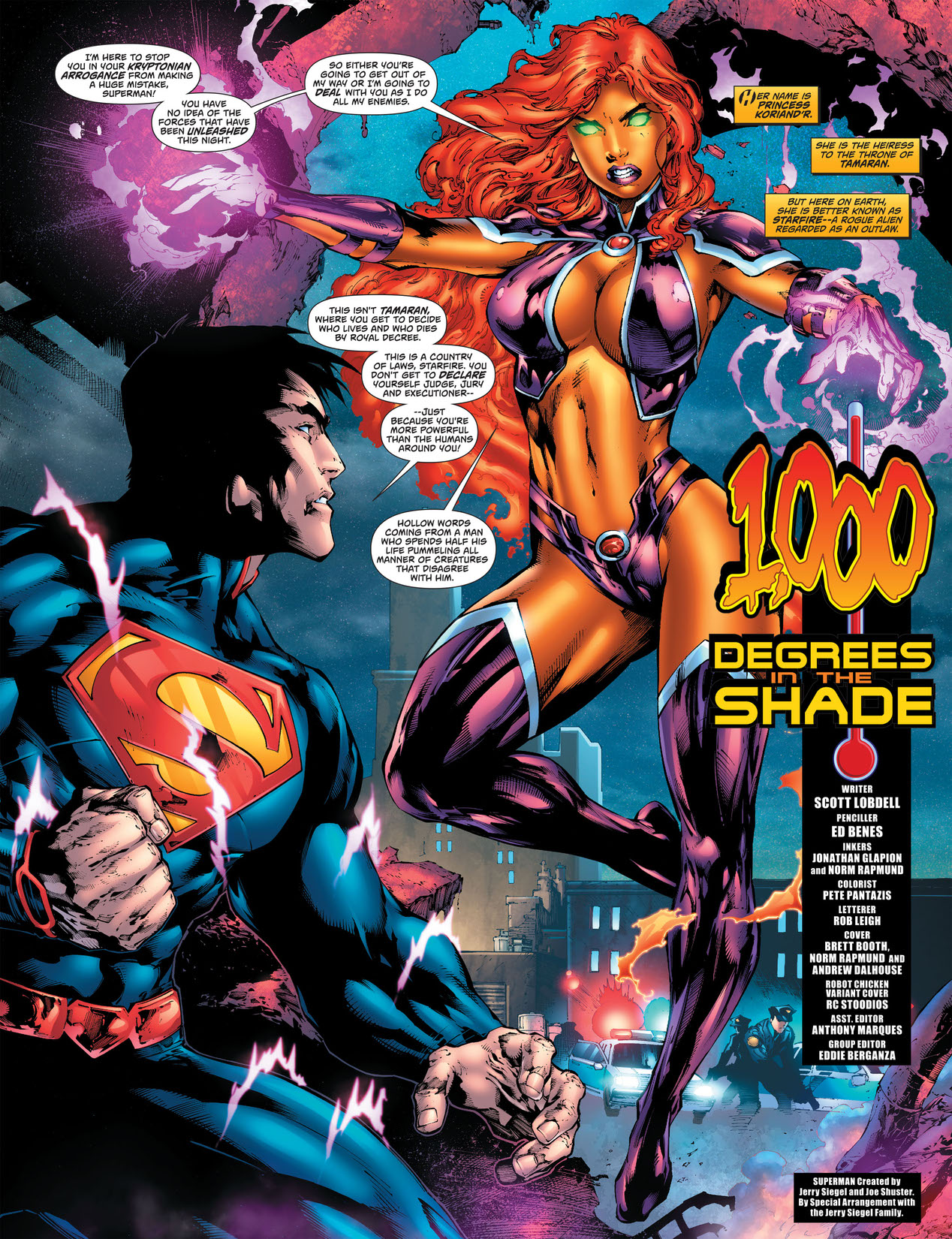 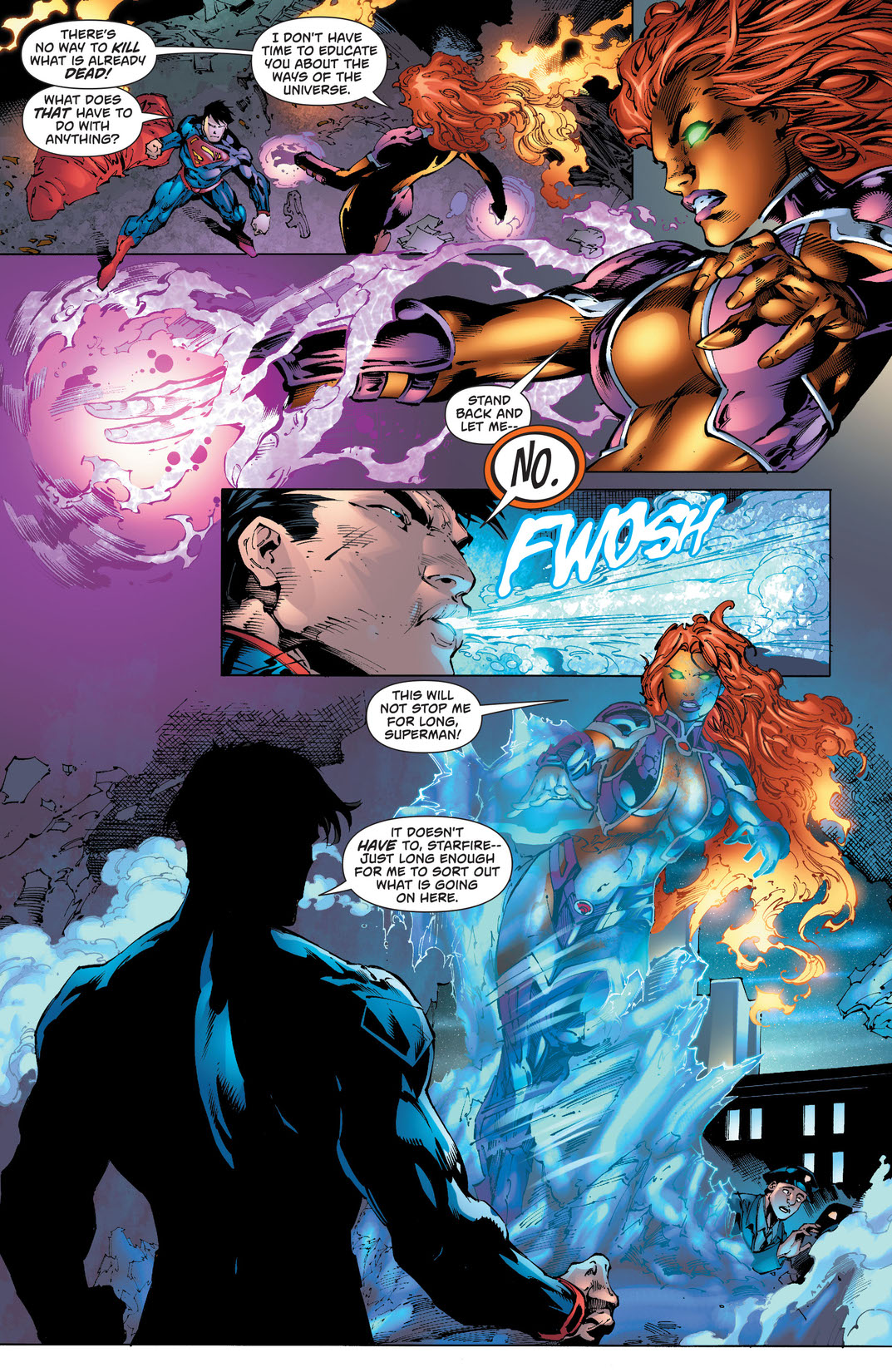 Superman and Starfire must deal with a cache of deadly alien weapons and its horrifying impact on the innocents who find them. But first, these two heroes will have to stop fighting each other before someone ends up dead.