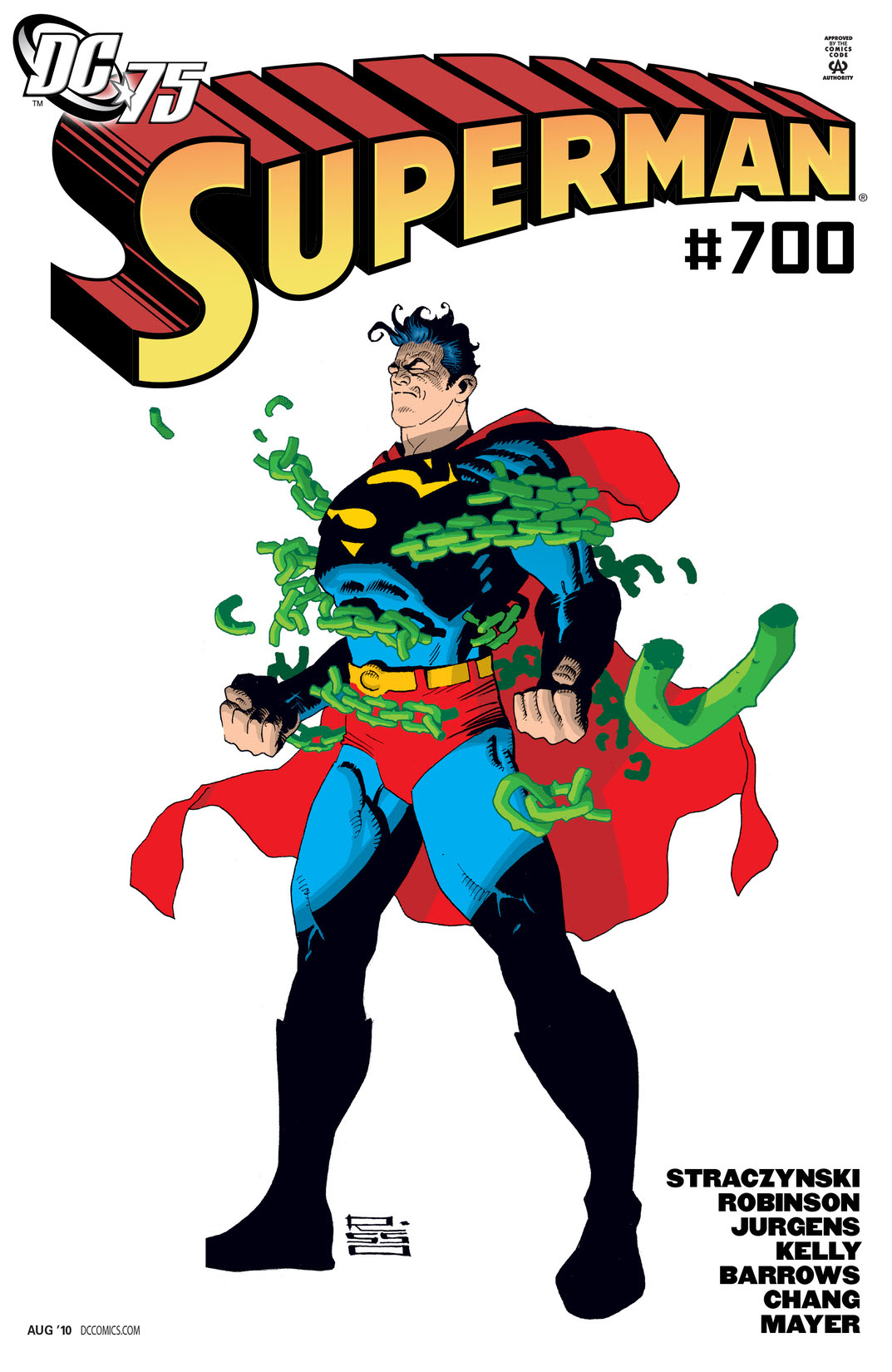 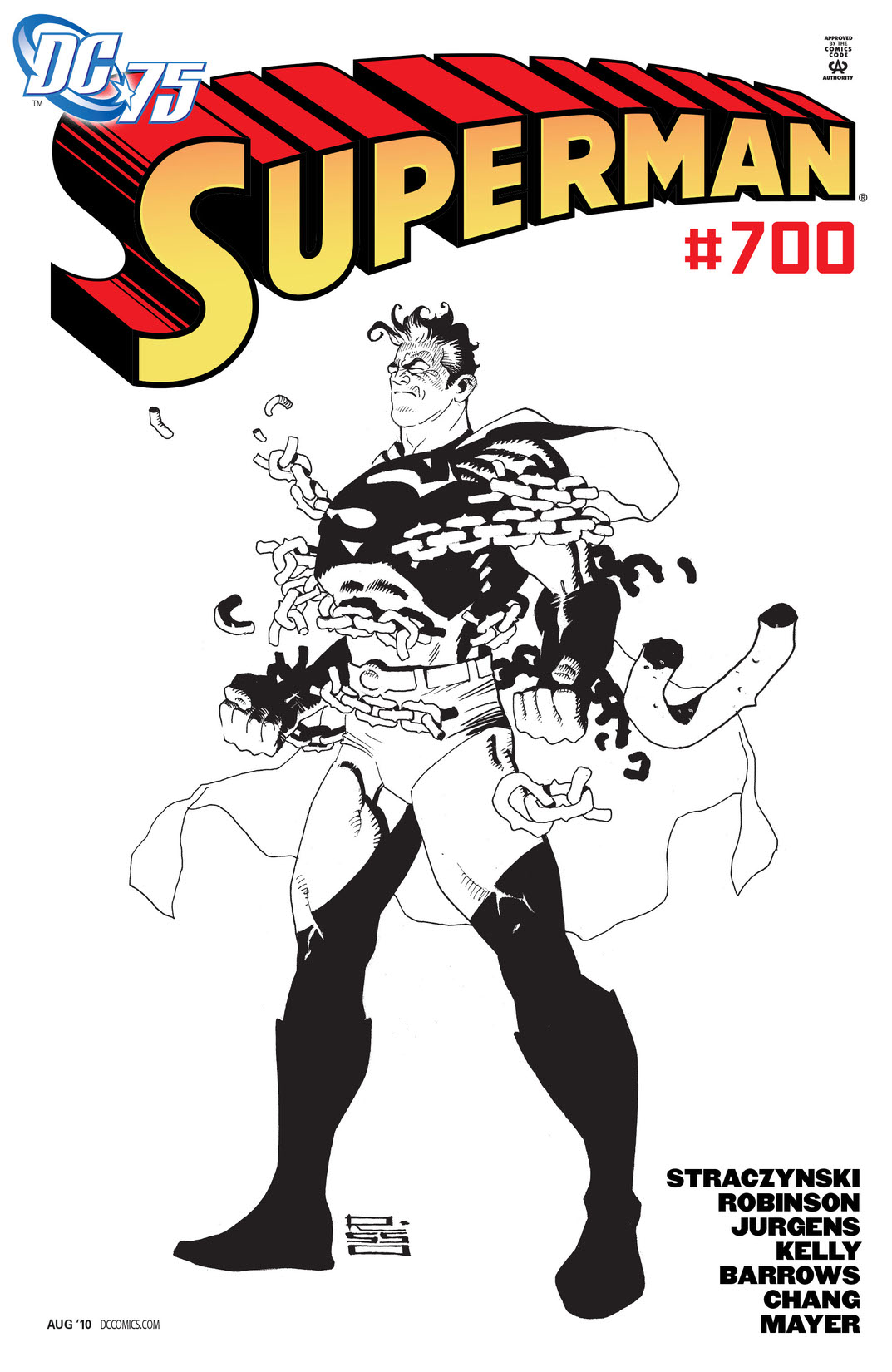 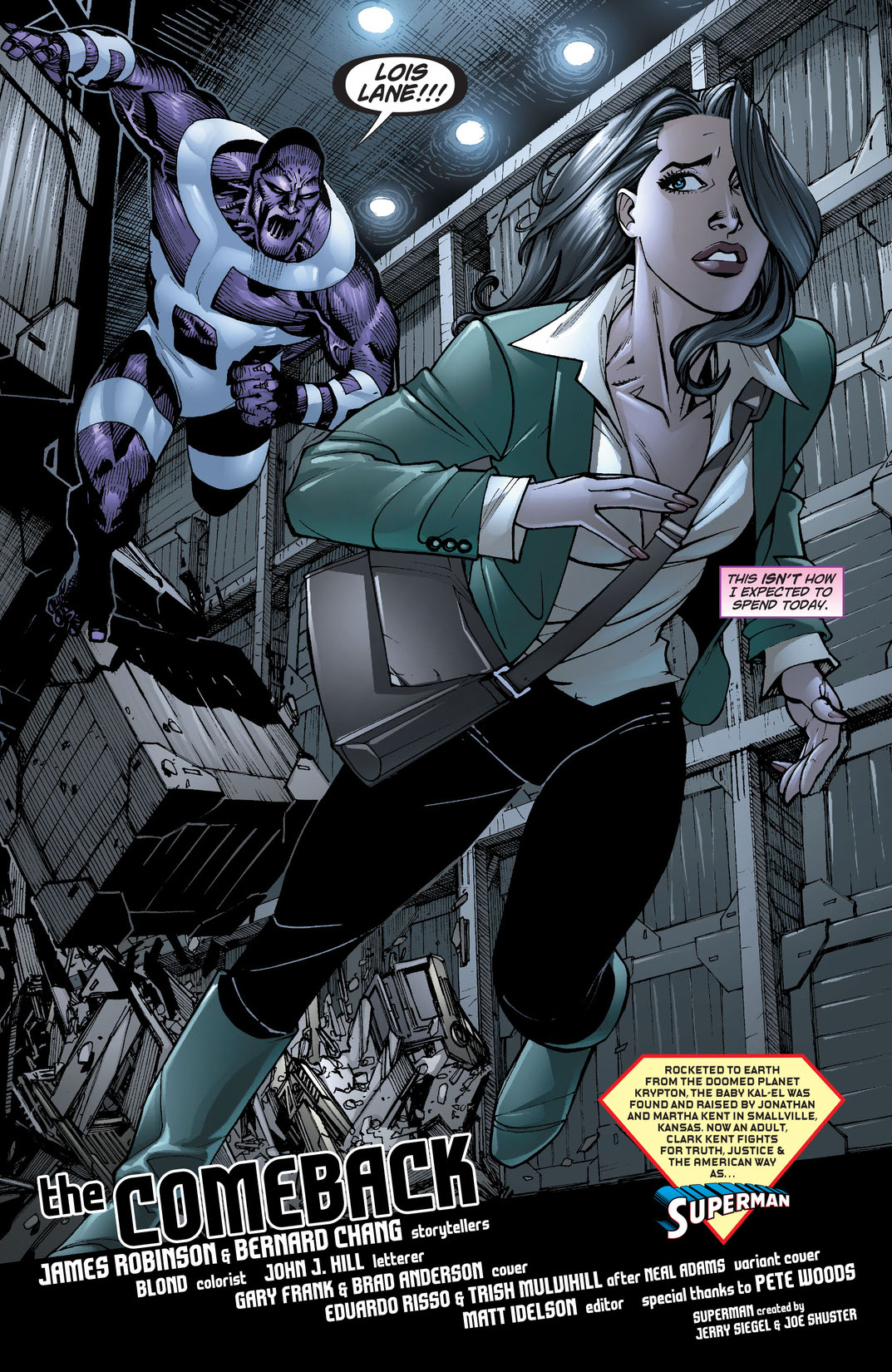 DC Comics proudly presents the 700th issue of SUPERMAN, a 56-page extravaganza, full of tales celebrating the Man of Steel's past, present and future! First up is a story by the man who actually killed Superman, Dan Jurgens! Then James Robinson brings his epic run on the title to a close with a touching story that brings Superman back to Earth after his time on New Krypton. Finally, we preview the new creative team on SUPERMAN as J. Michael Straczynski & Eddy Barrows provide a story that sets the stage for an exciting and all-new direction for the Man of Steel! (Seriously! Wait till you read it!)