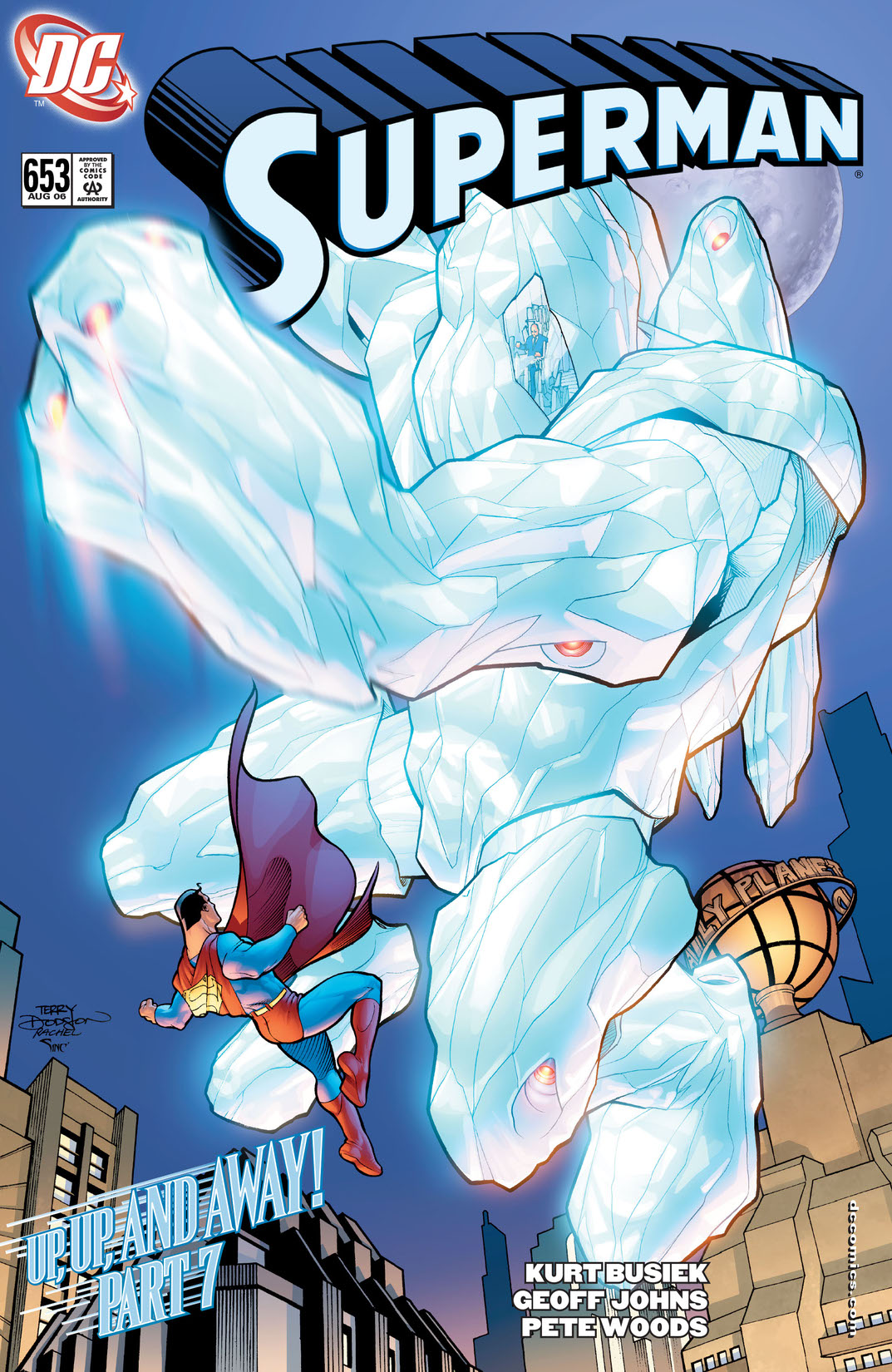 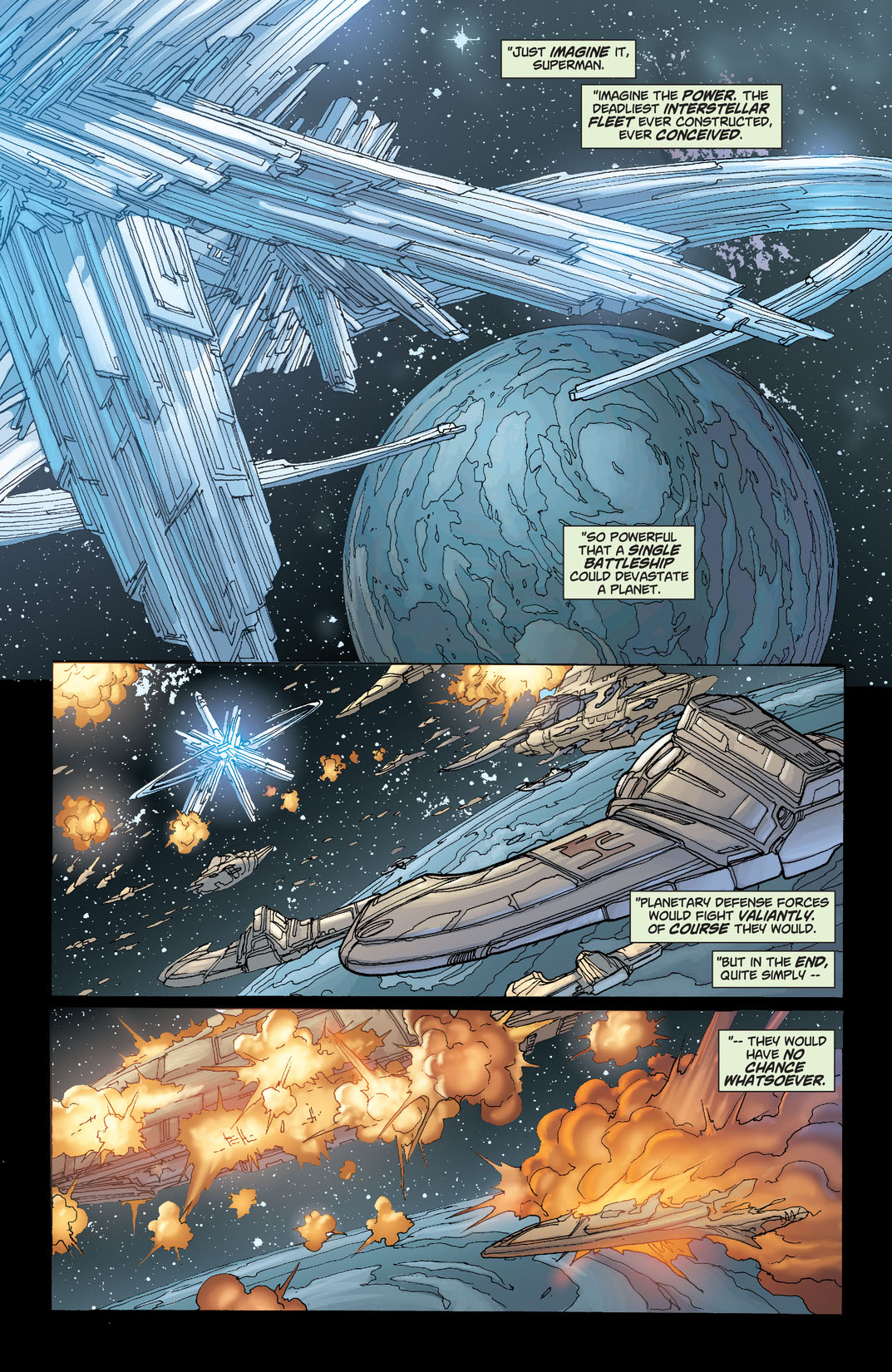 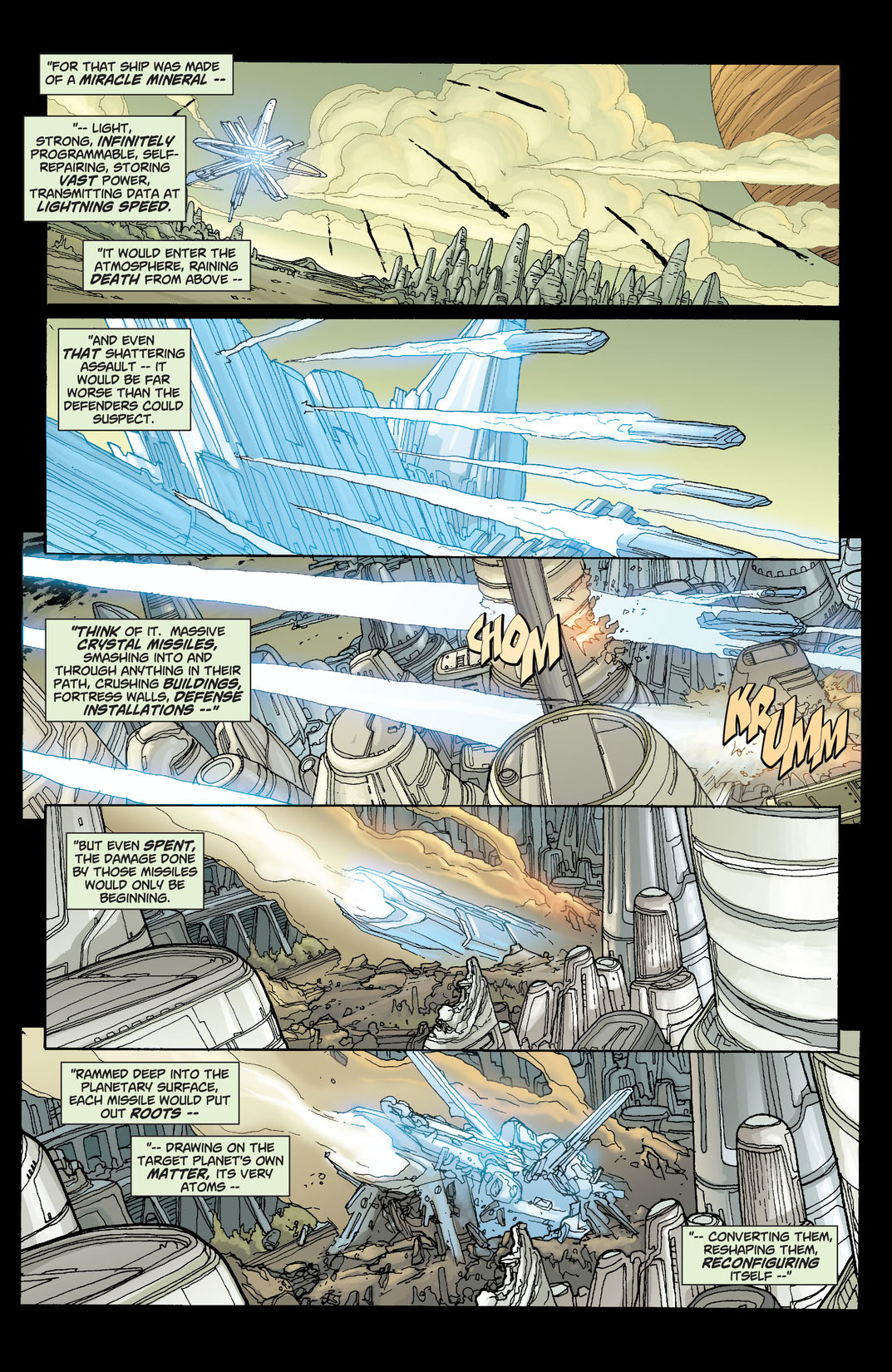 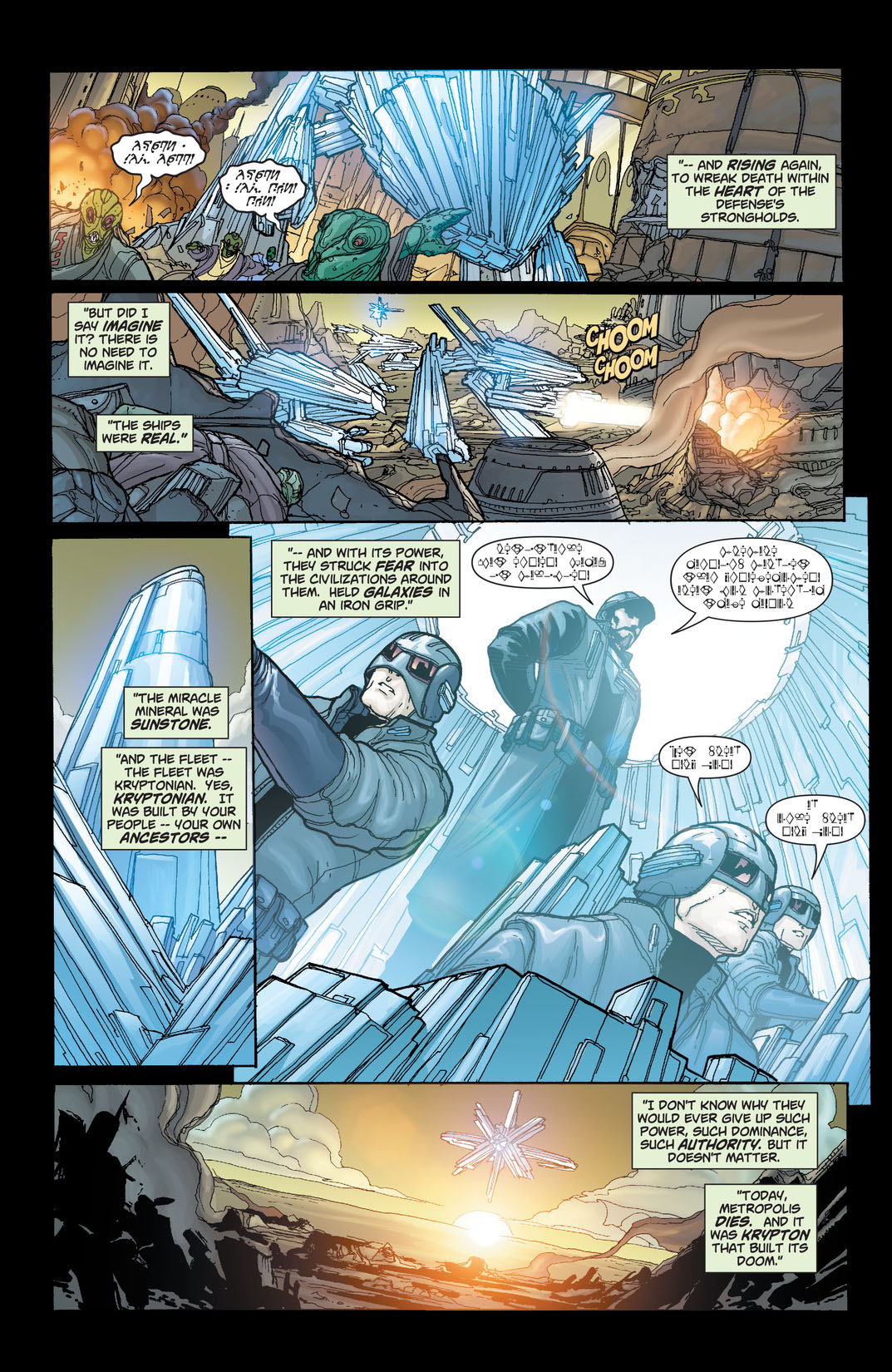 Up, Up, and Away' part 7, continued from ACTION COMICS #839. Lex Luthor’s ultimate gambit becomes clear, as he uses his Kryptonian technology in an attempt to destroy Superman once and for all! And, while the battle between Luthor’s war machine and Superman rages on, the secret of Superman’s return may finally be revealed! Concluded in ACTION COMICS #840.