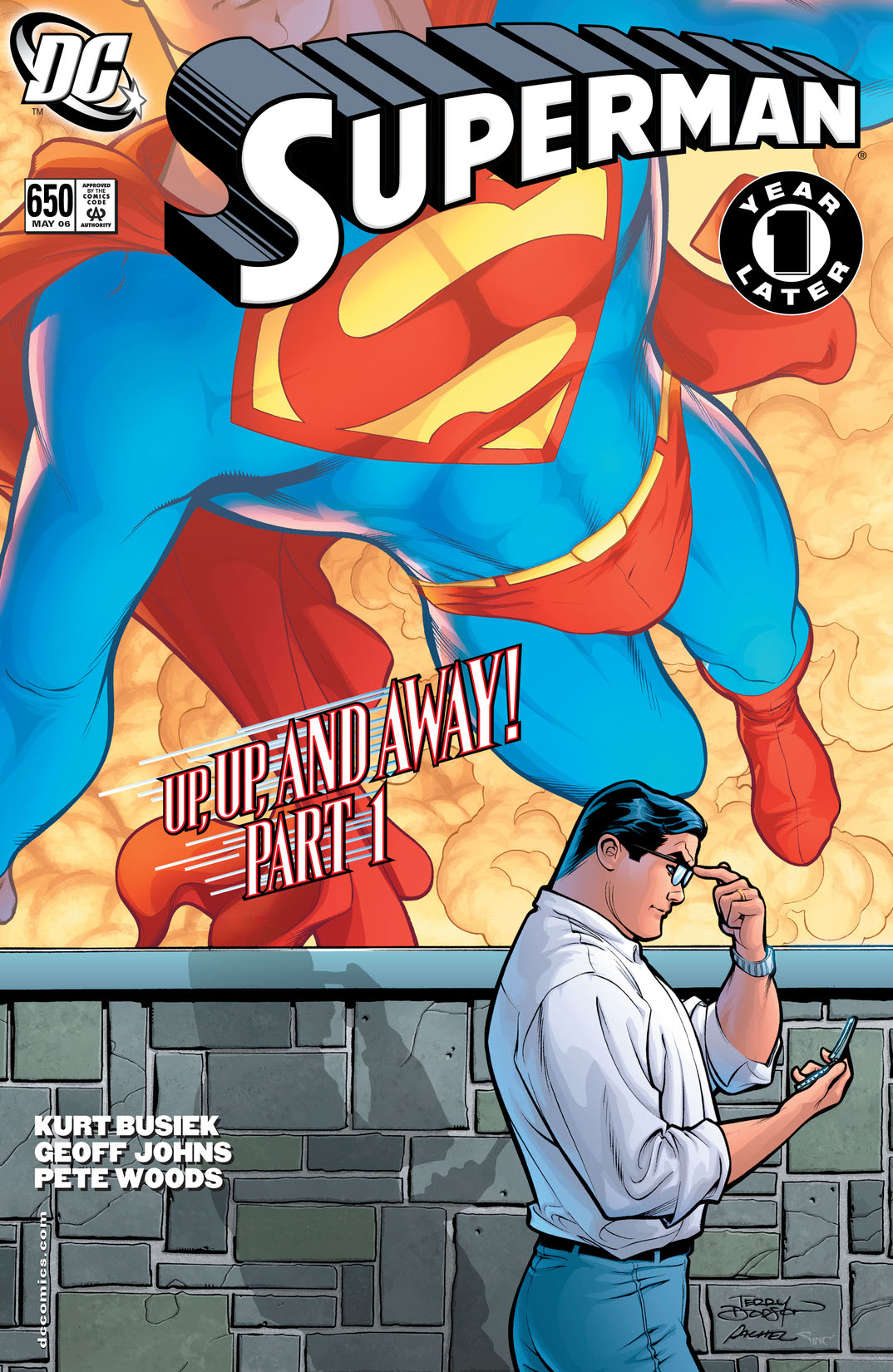 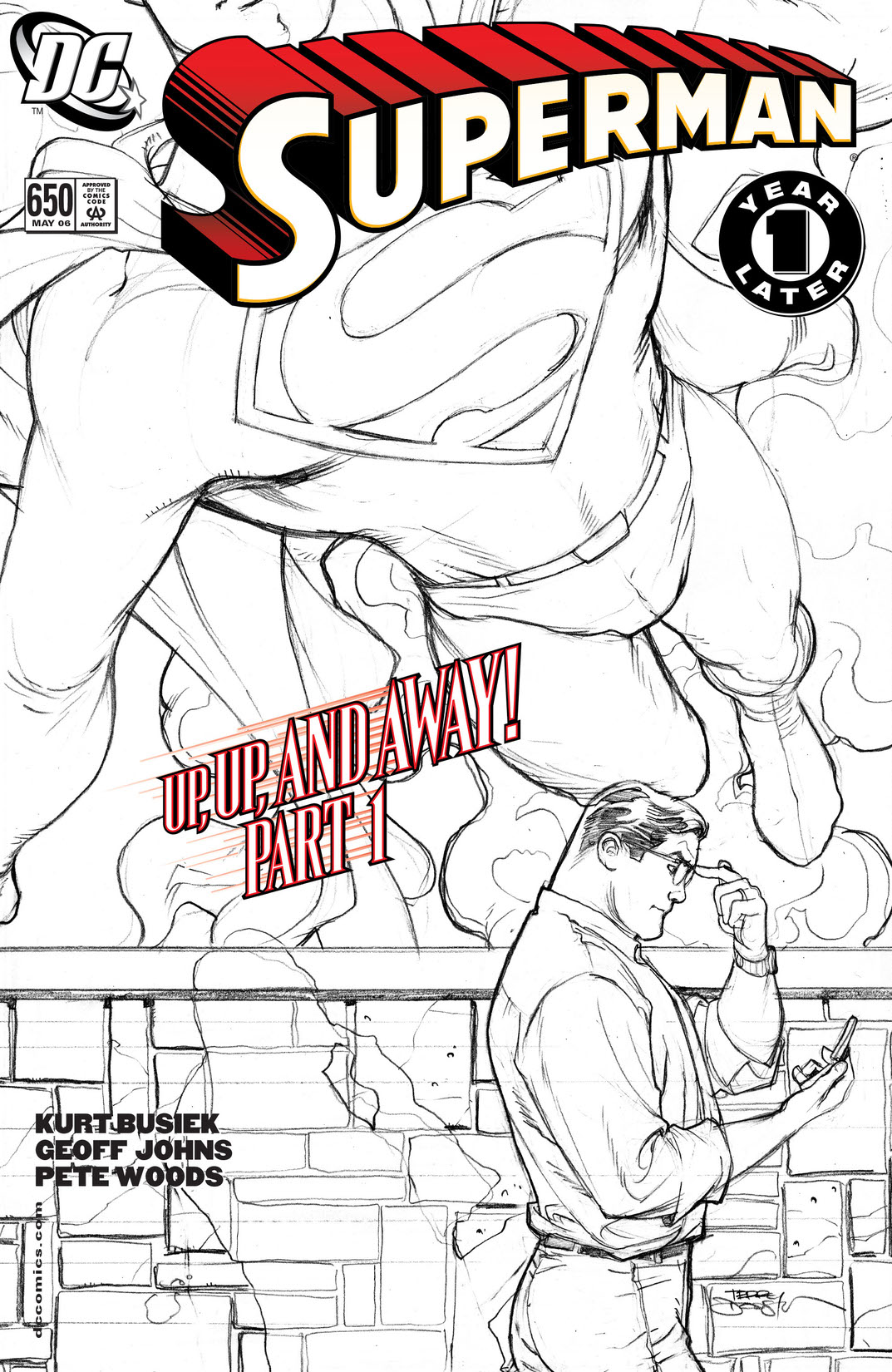 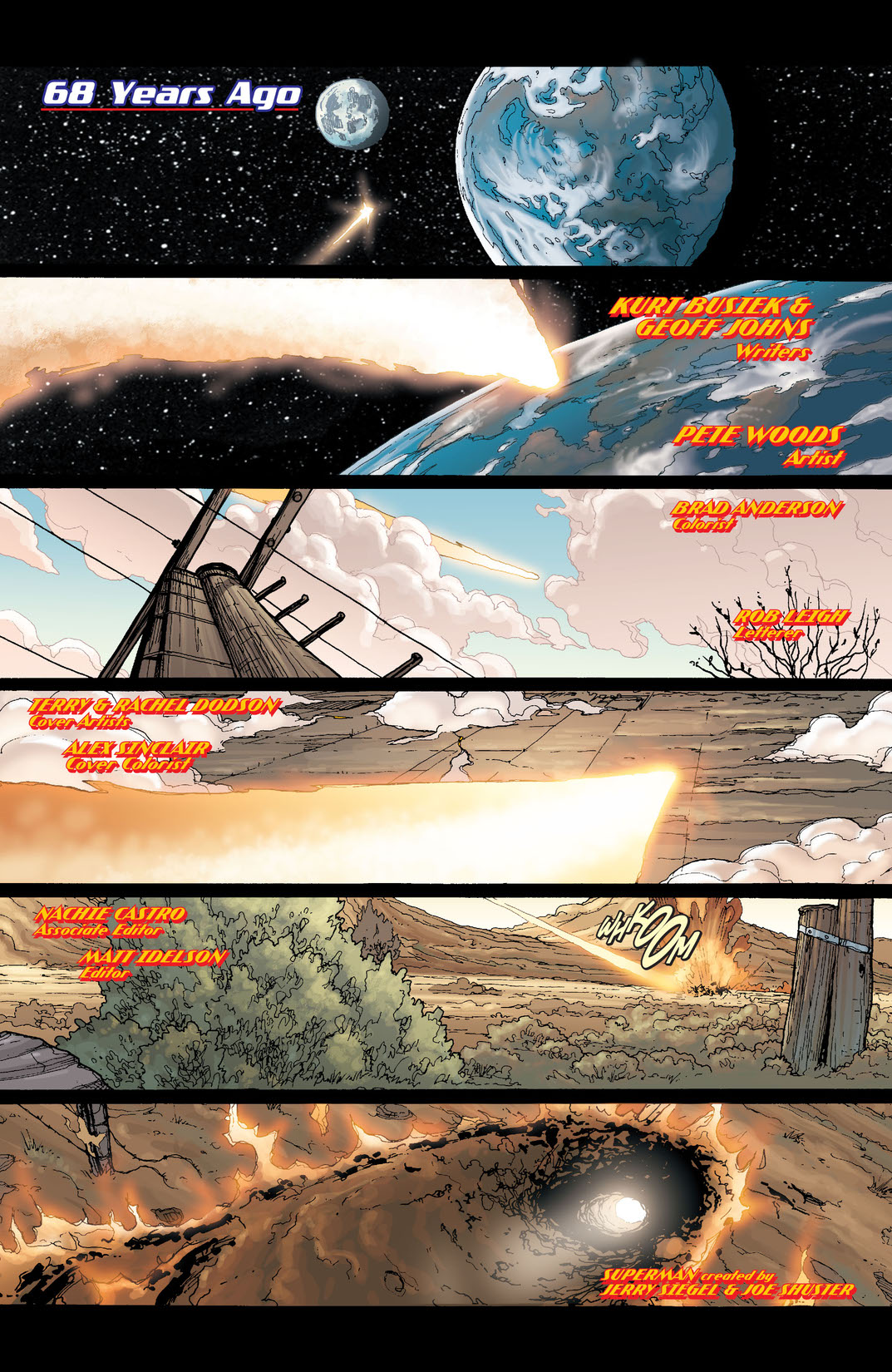 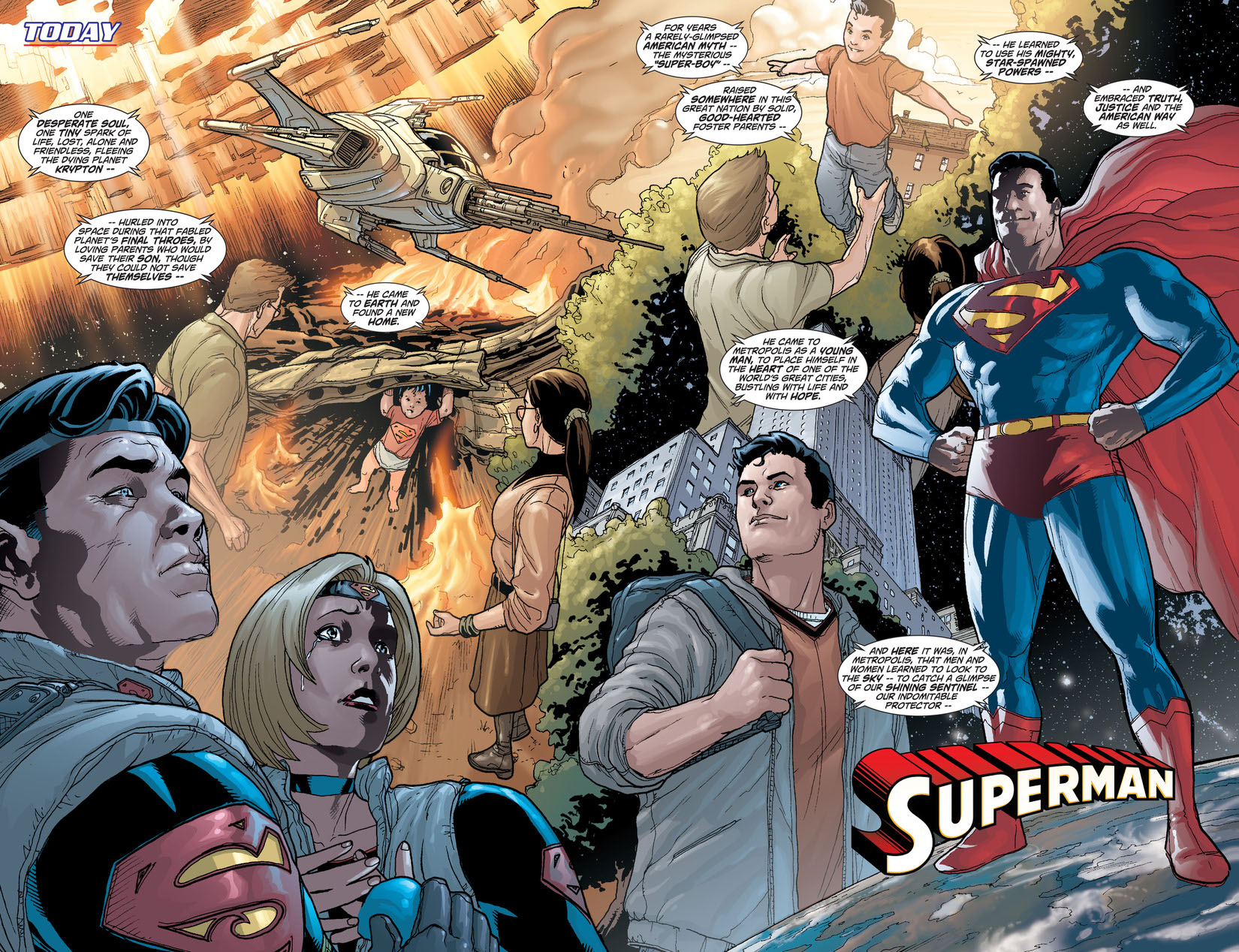 Up, Up, and Away' part 1! It’s One Year Later after the events of INFINITE CRISIS and Superman has been missing from the skies of Metropolis. But as Clark Kent enjoys the time he’s spending with his wife Lois Lane, a new villain comes to town! This looks like a job for... Continued in ACTION COMICS #837.