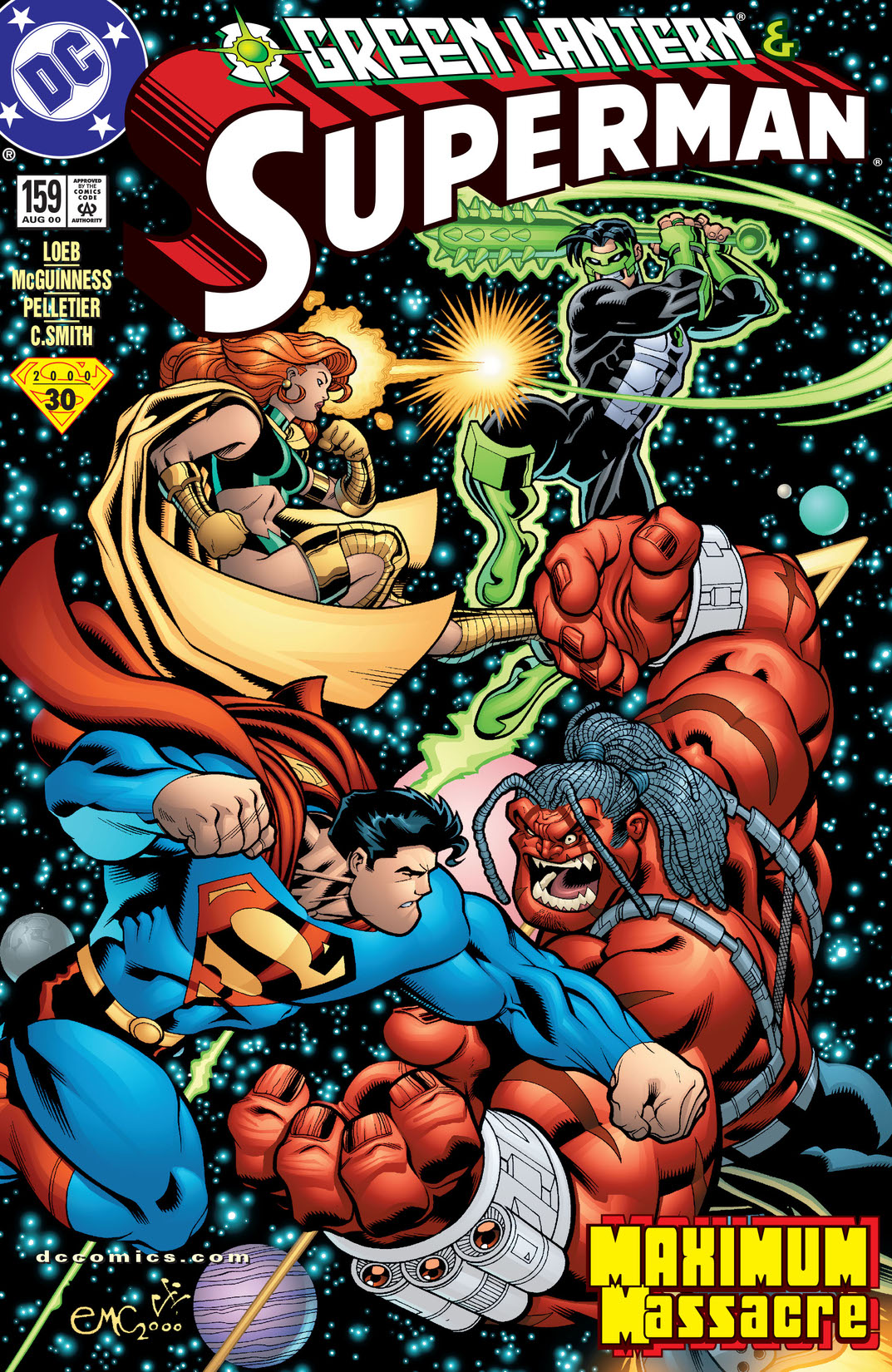 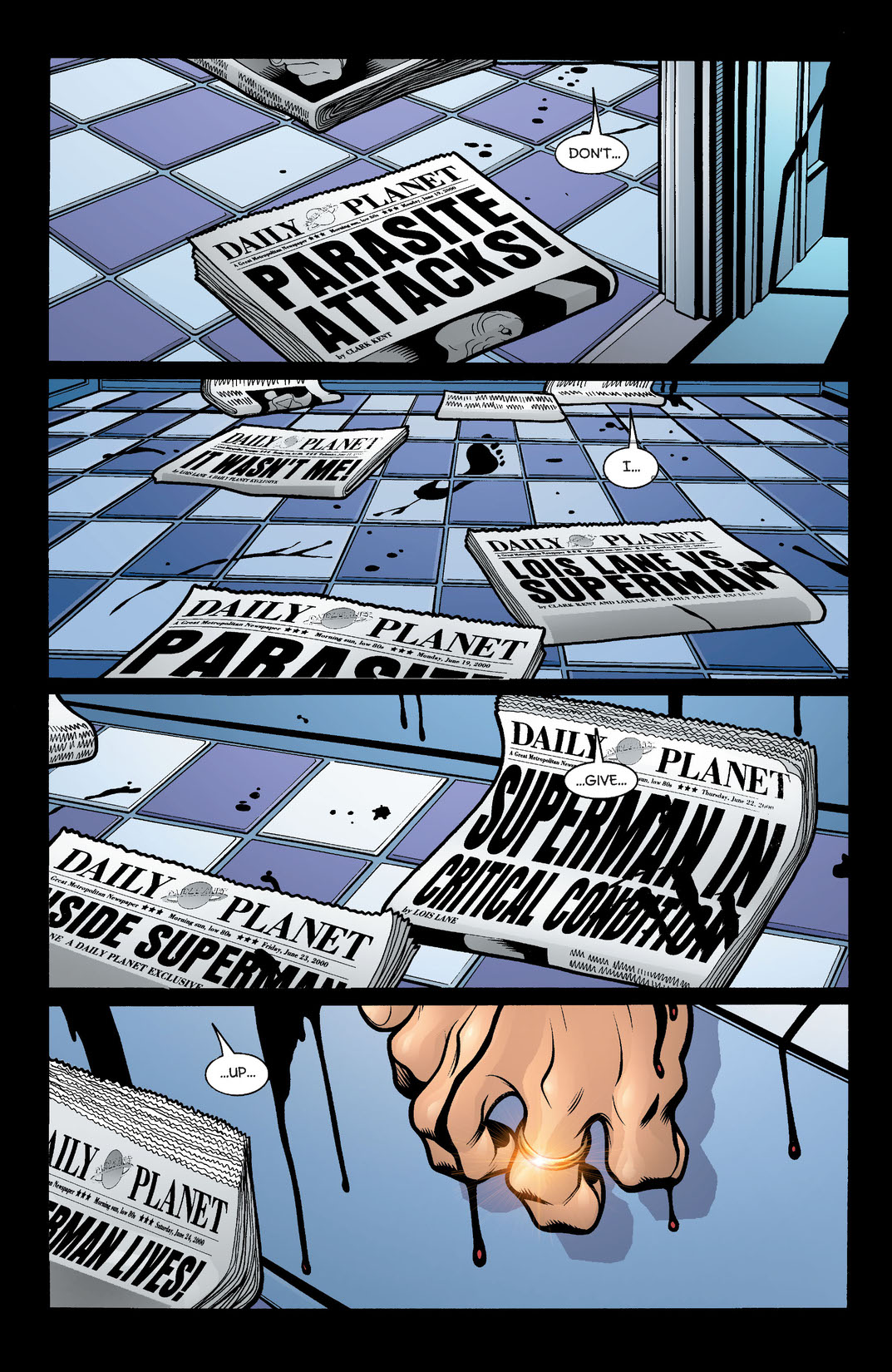 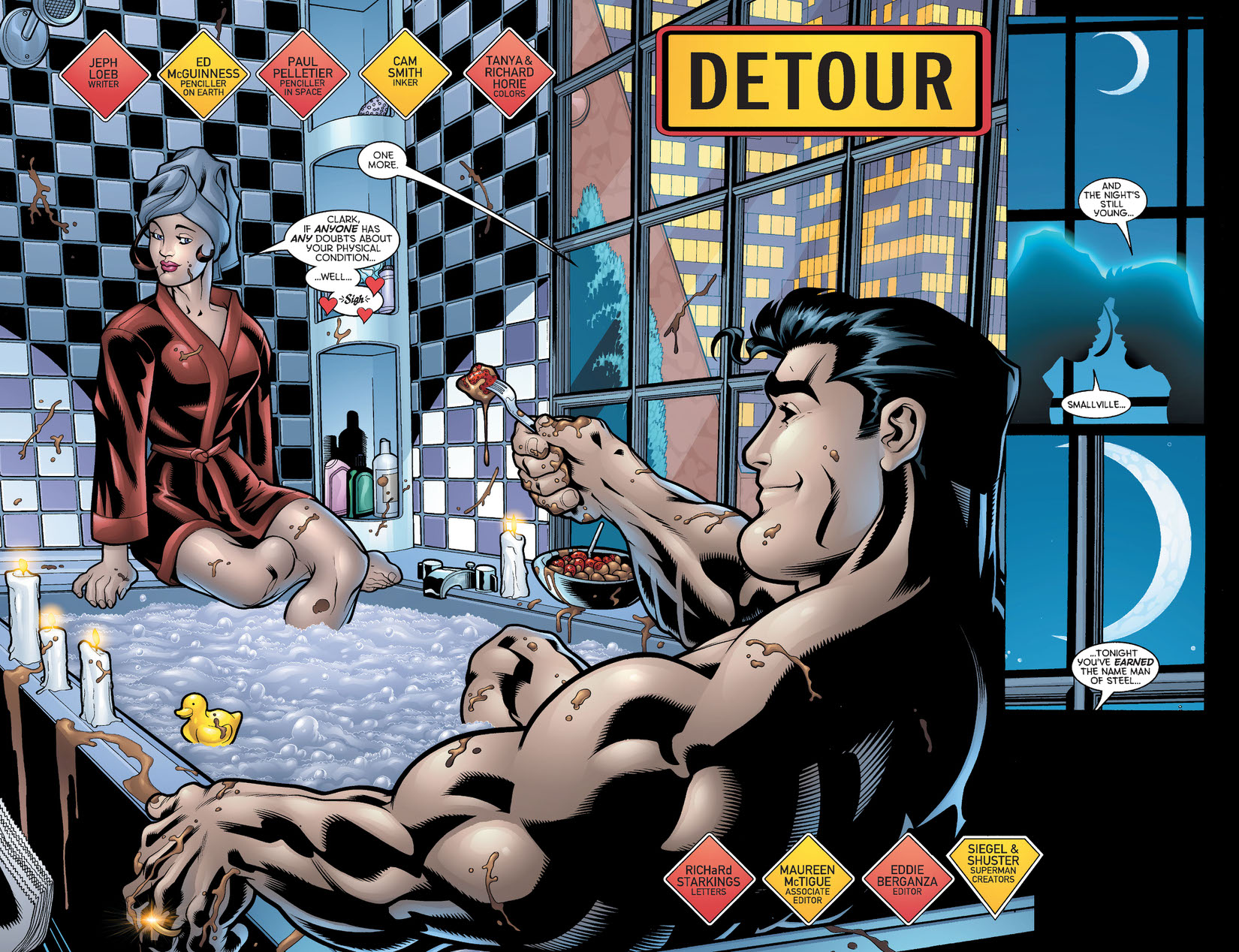 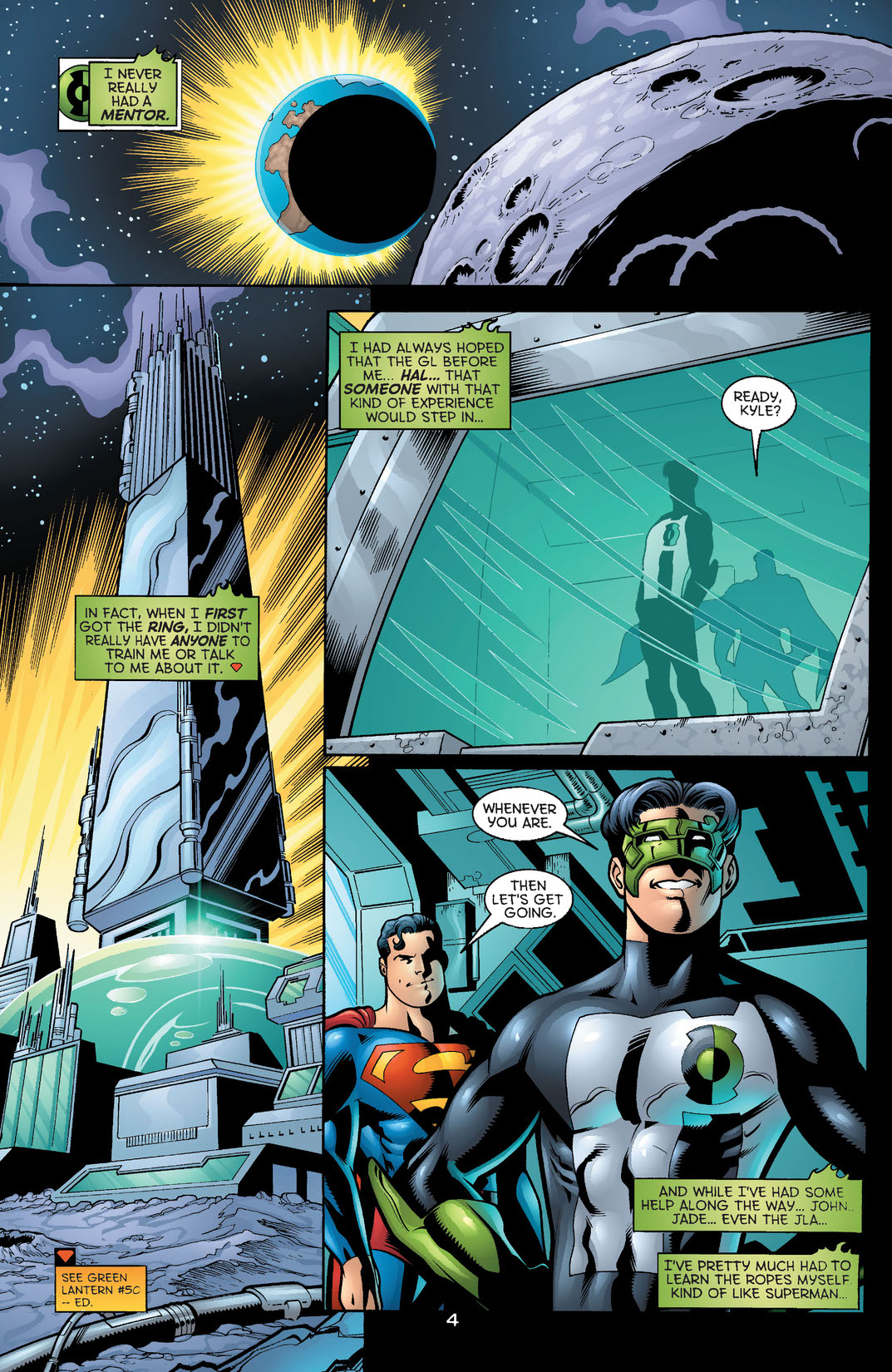 Green Lantern guest-stars in a spacefaring issue! To make sure he's okay after last month's "Critical Condition," Superman enlists Green Lantern to help put him through his paces. But during the checkup, conducted in the void of space (in sequences illustrated by former GREEN LANTERN artist Paul Pelletier), the two find themselves fighting for their lives against Maxima and Massacre. And that's far from the worst threat our heroes are going to face.