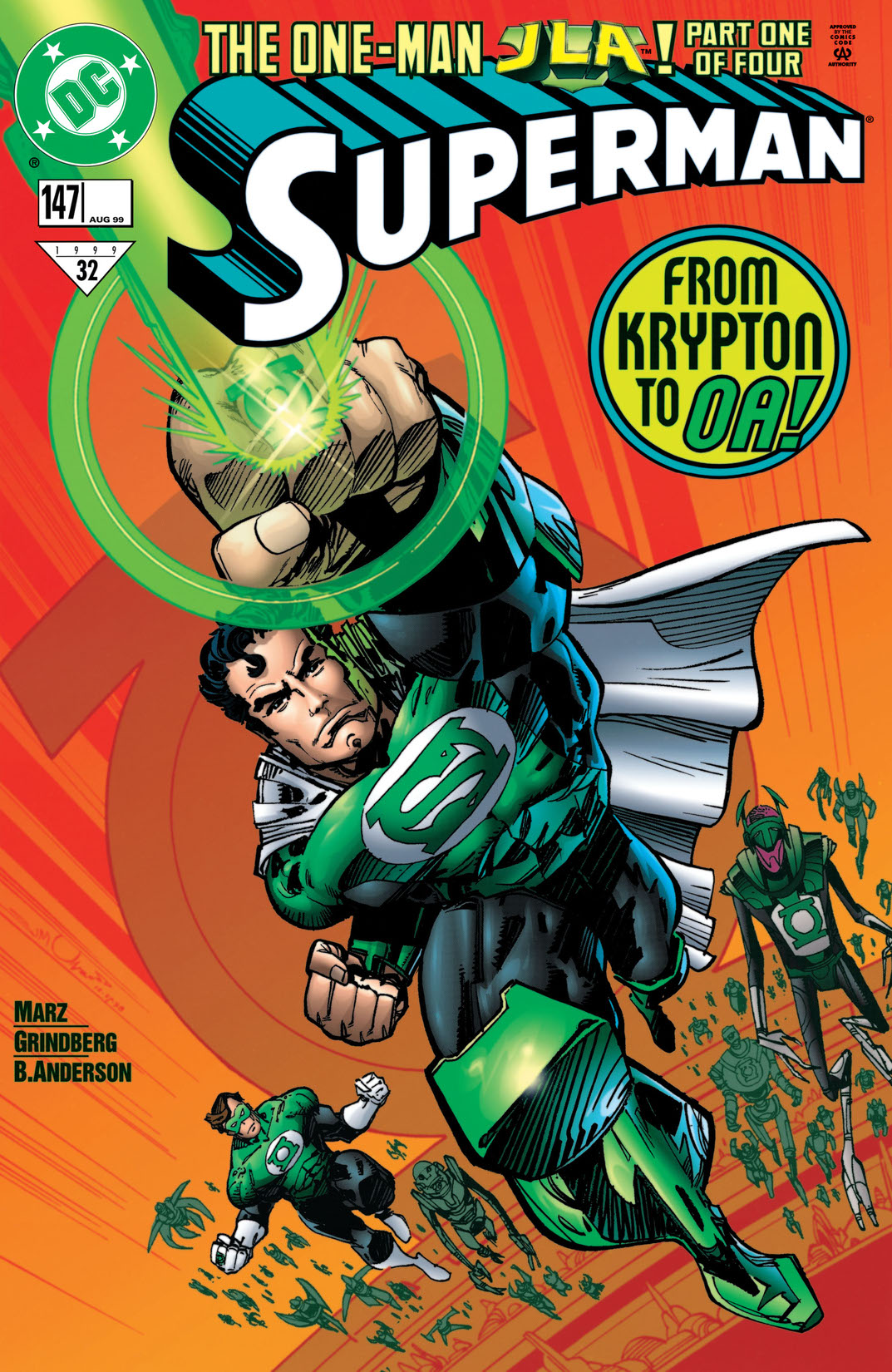 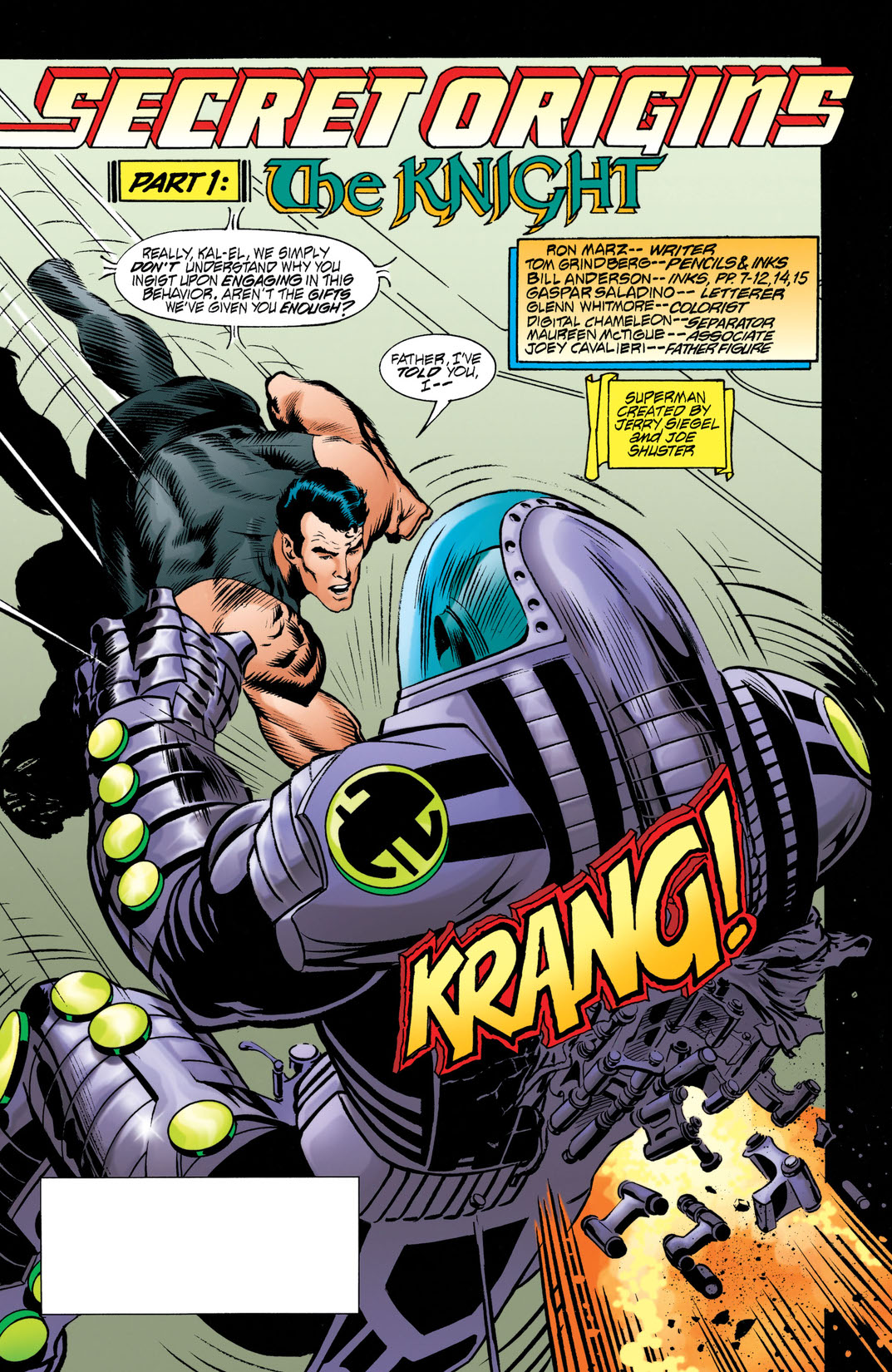 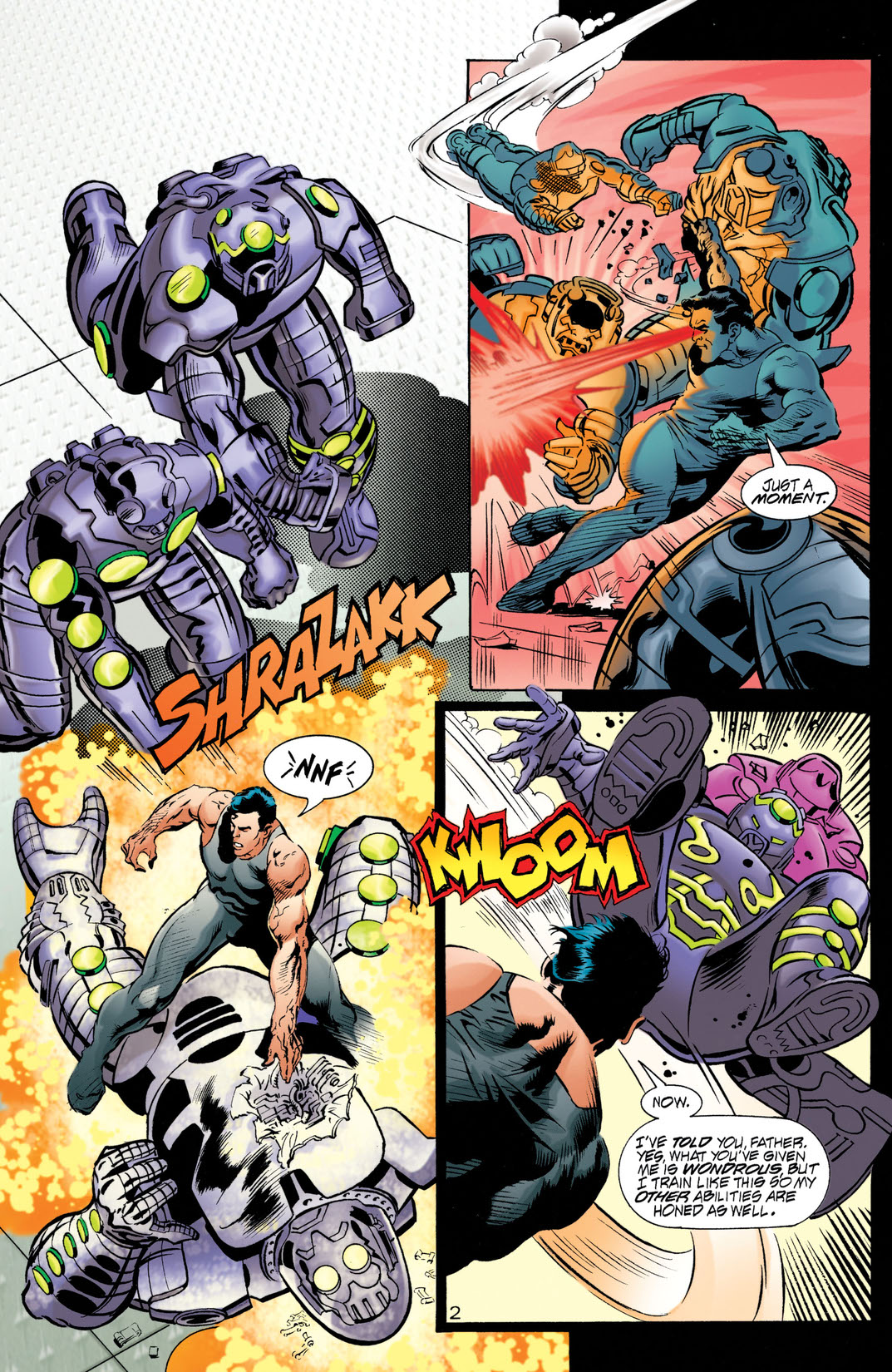 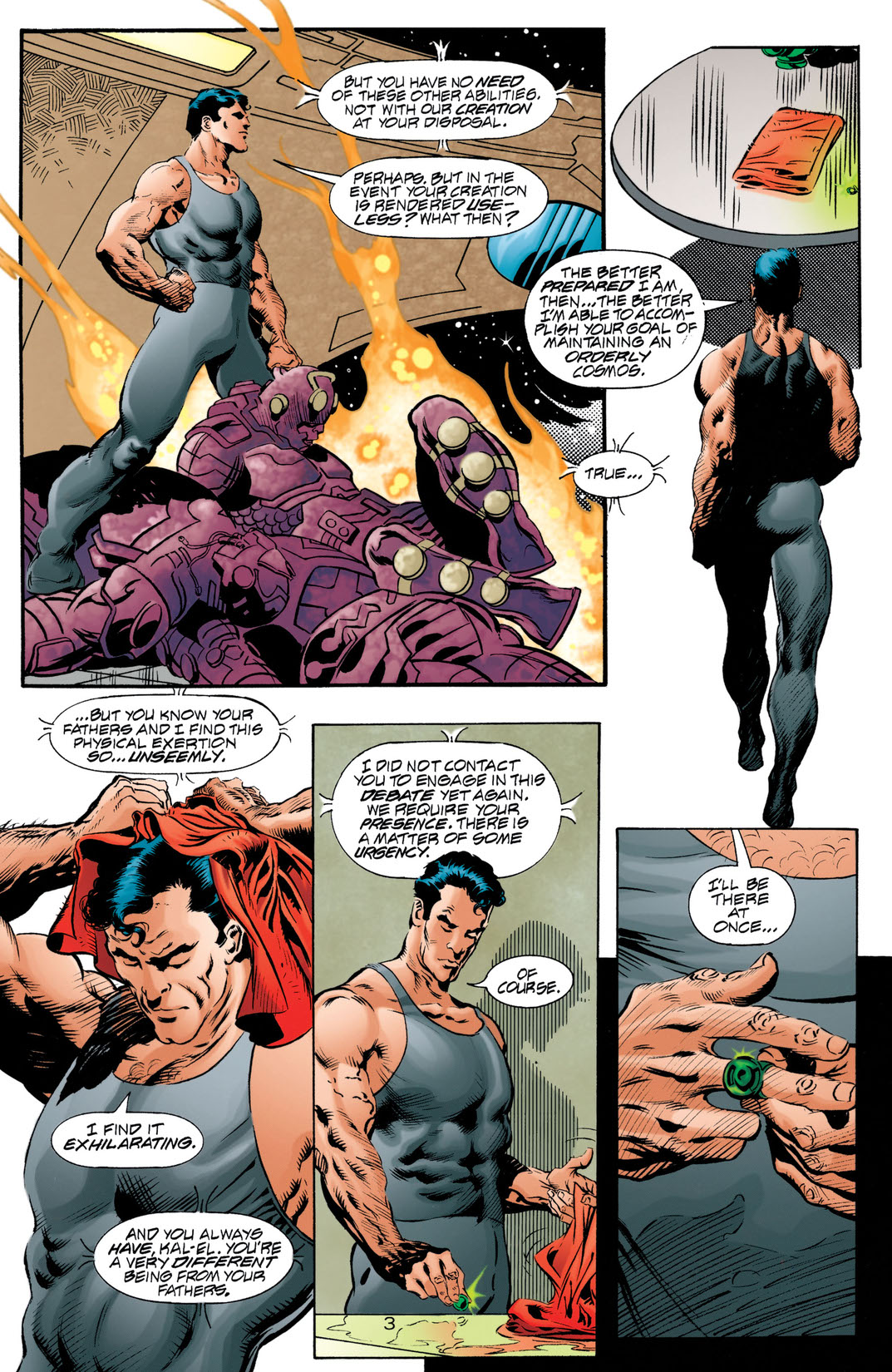 The JLA guest-stars in a four-part story drawn by artist Tom Grindberg, featuring covers by Walter Simonson! In part one (written by GREEN LANTERN's Ron Marz), we learn what would have happened if the infant Superman's rocket had landed on the planet Oa instead of Earth. Would he have become the greatest Green Lantern of them all? Has it already happened? It's not an Elseworlds…it's not a hoax…and it's up to the JLA to figure it all out.