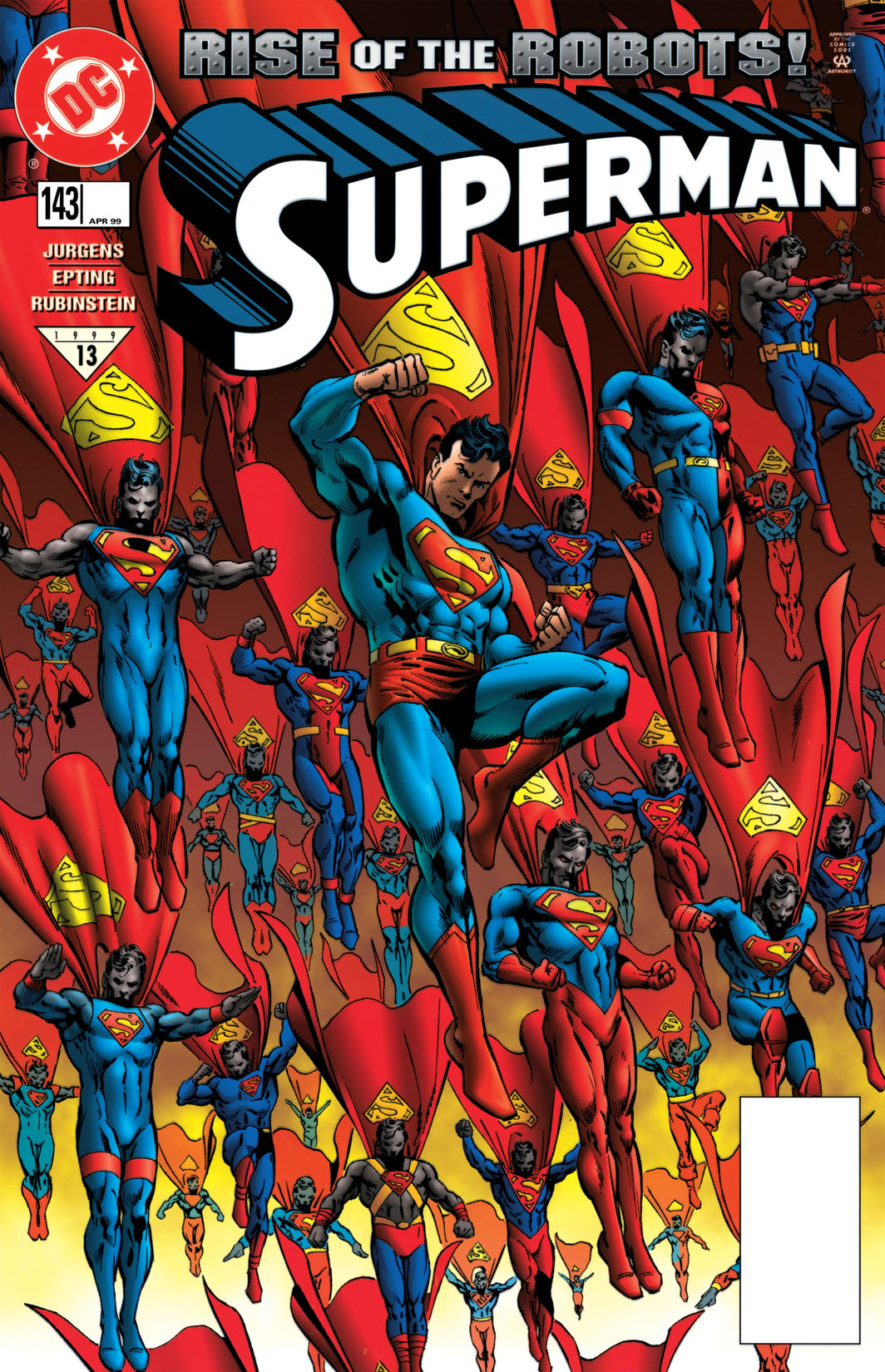 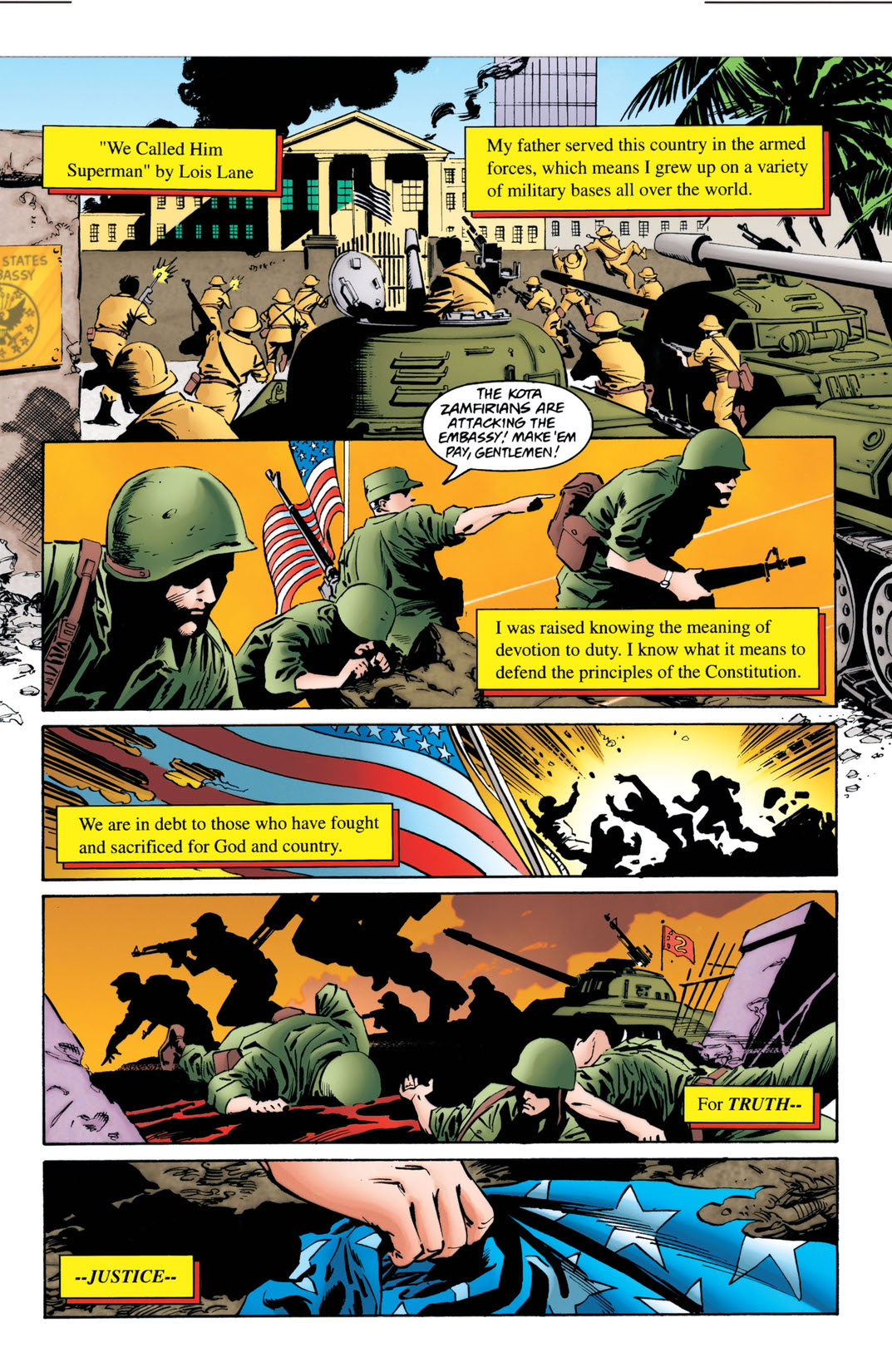 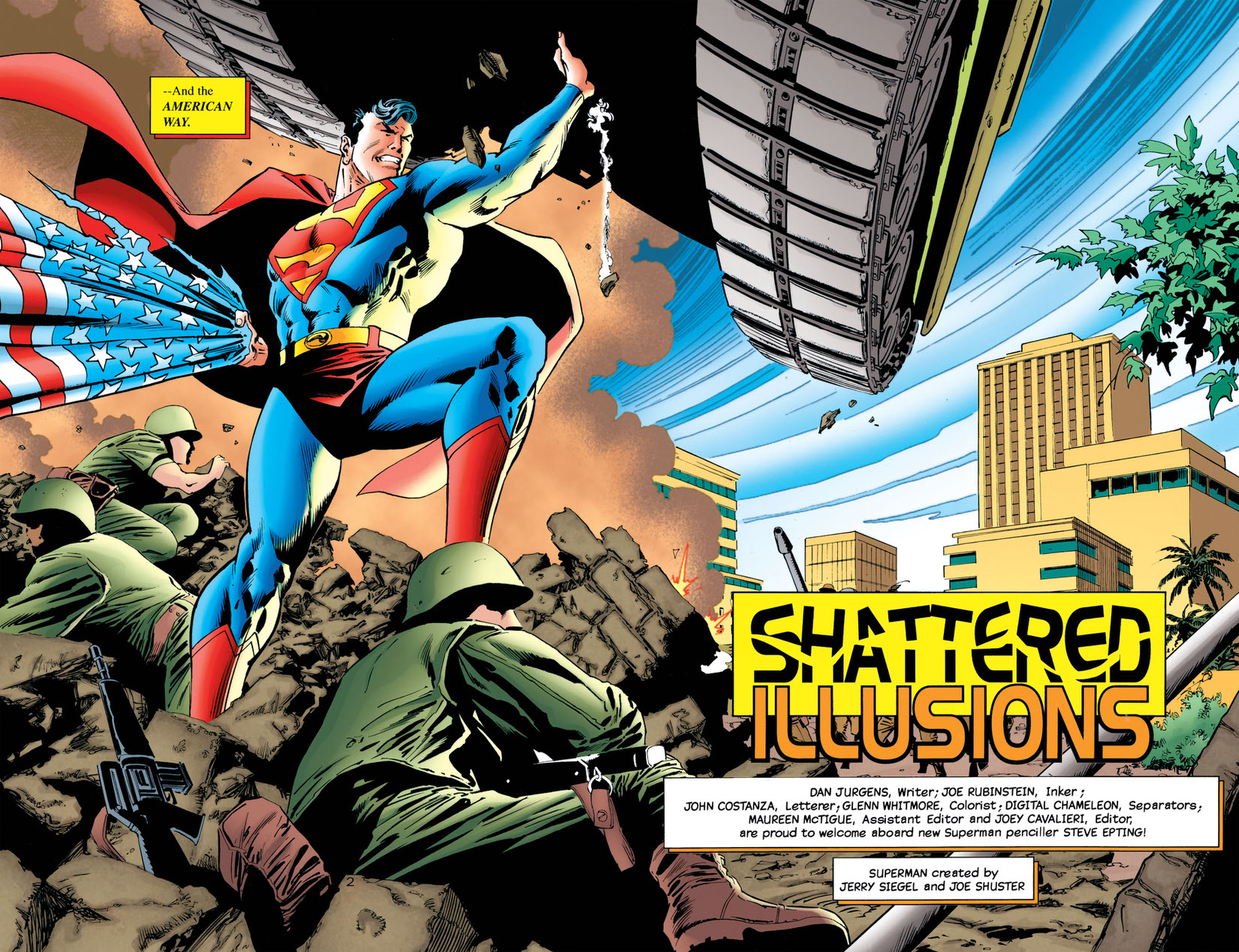 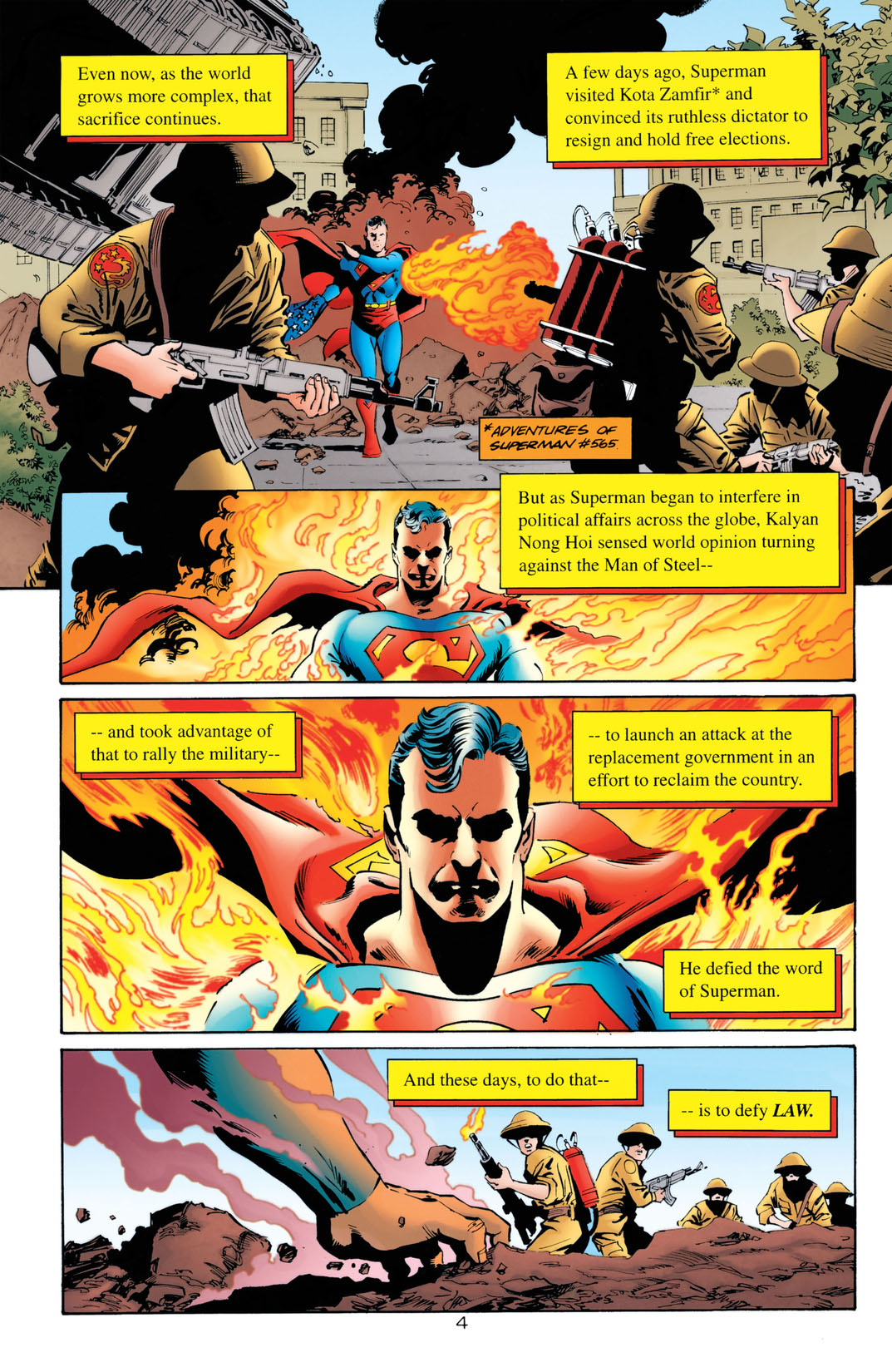 Penciller Steve Epting makes his debut on SUPERMAN! Superman liberates a nation from a cruel dictator's rule, leaving the world to wonder if he's finally gone too far. Among those who think he's exceeding his authority is Lois! Meanwhile, the Supermen of America are working hard in Metropolis, just as the Superman robots are working hard around the world. No, your eyes aren't playing tricks: Superman robots!