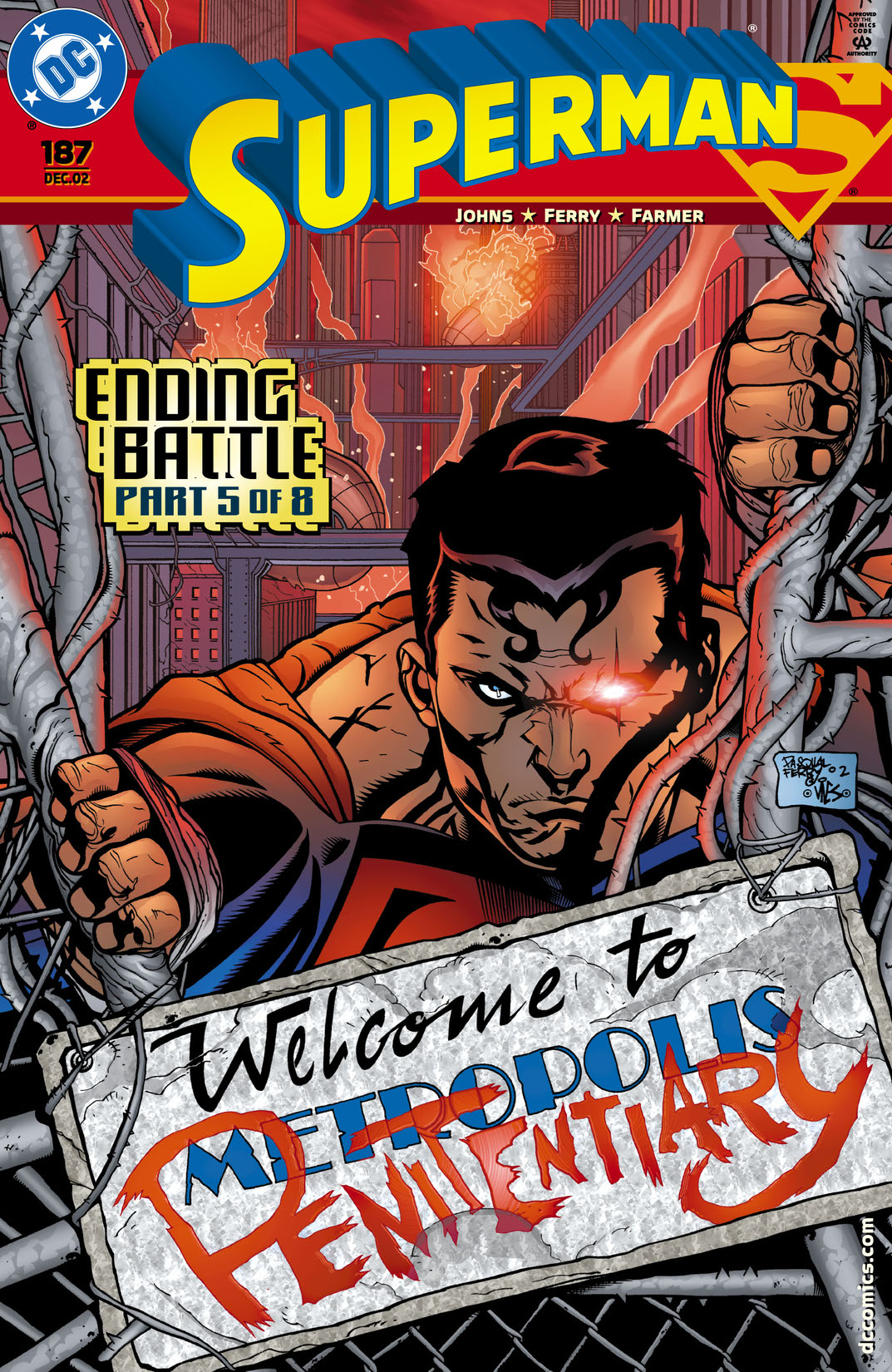 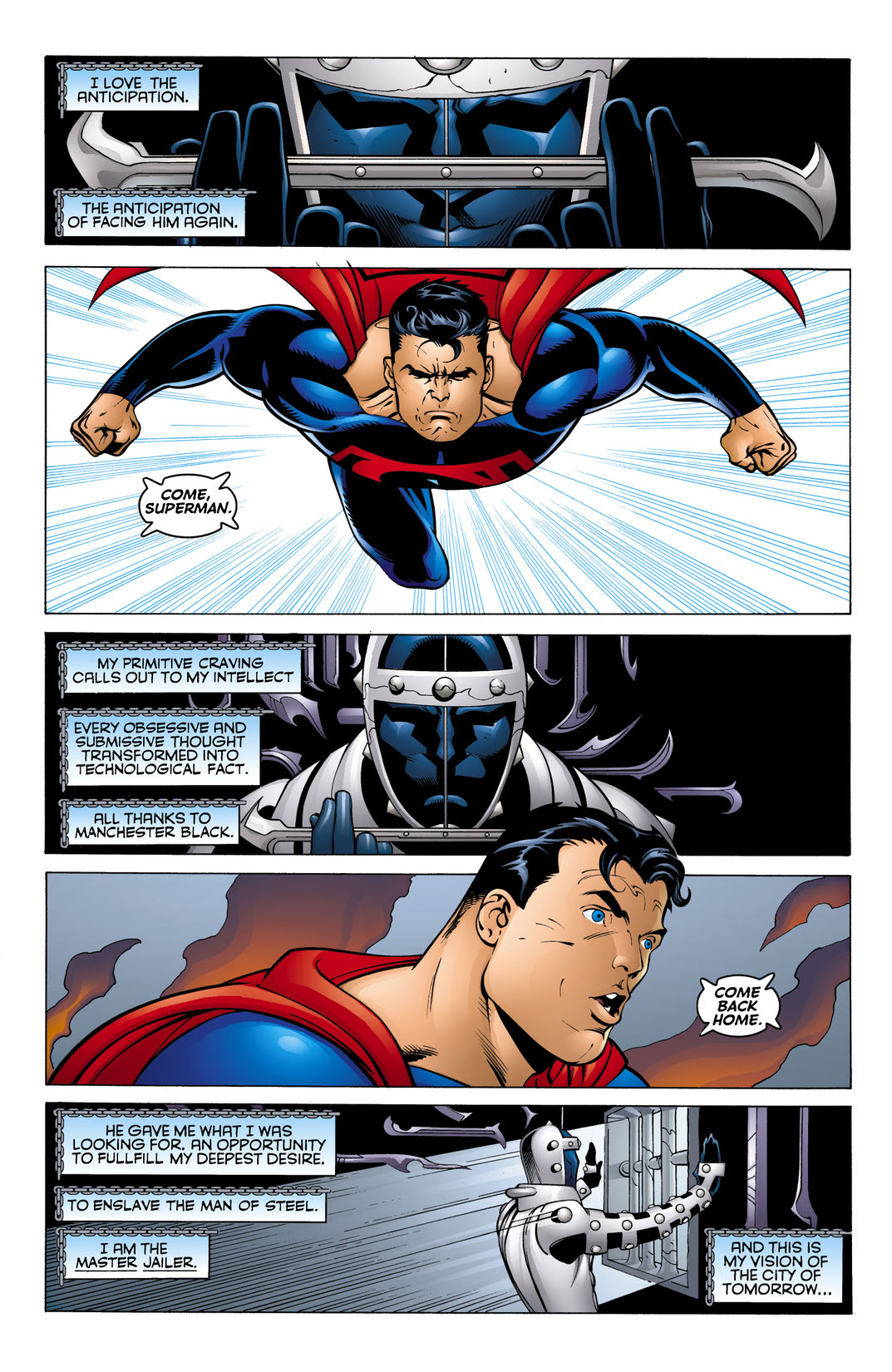 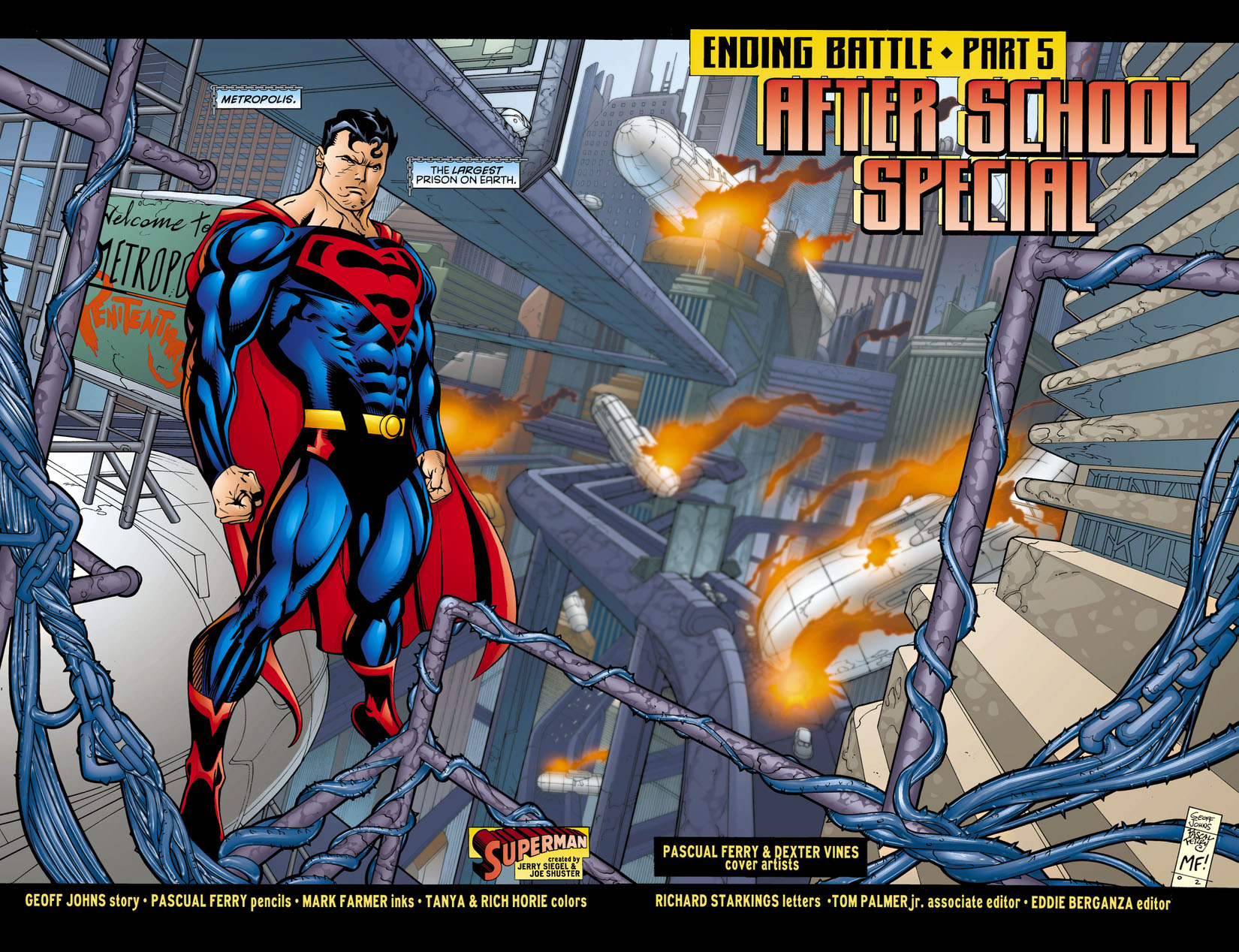 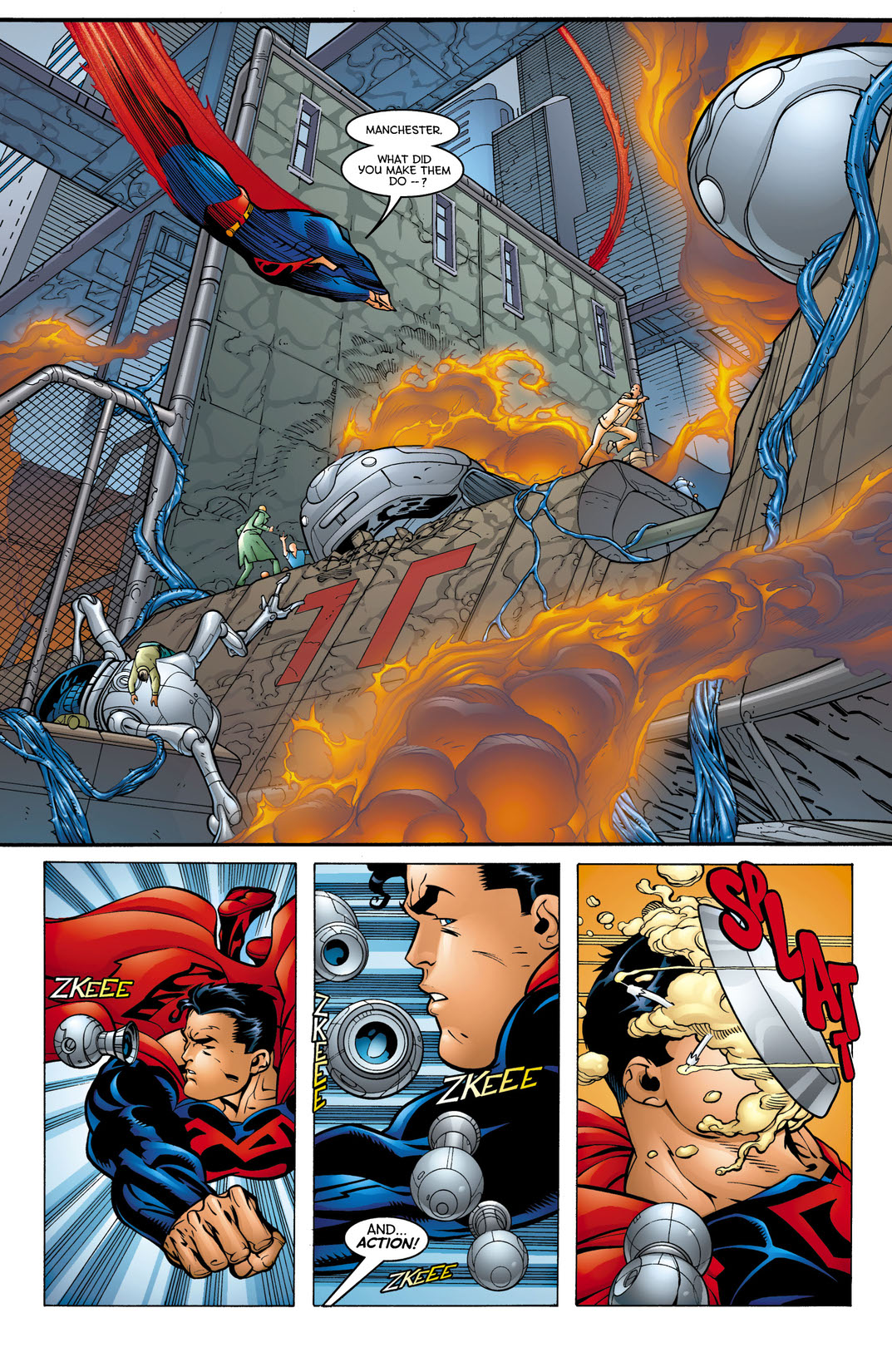 Ending Battle' part 5, continued from ACTION COMICS (1938-2011) #795. Superman returns to a Metropolis turned into a prison by the new Master Jailer. But that's not all! Guarding the gates of that prison are deadlier versions of the Prankster, Bizarro, Metallo, and a new female Puzzler. Continued in ADVENTURES OF SUPERMAN #609.