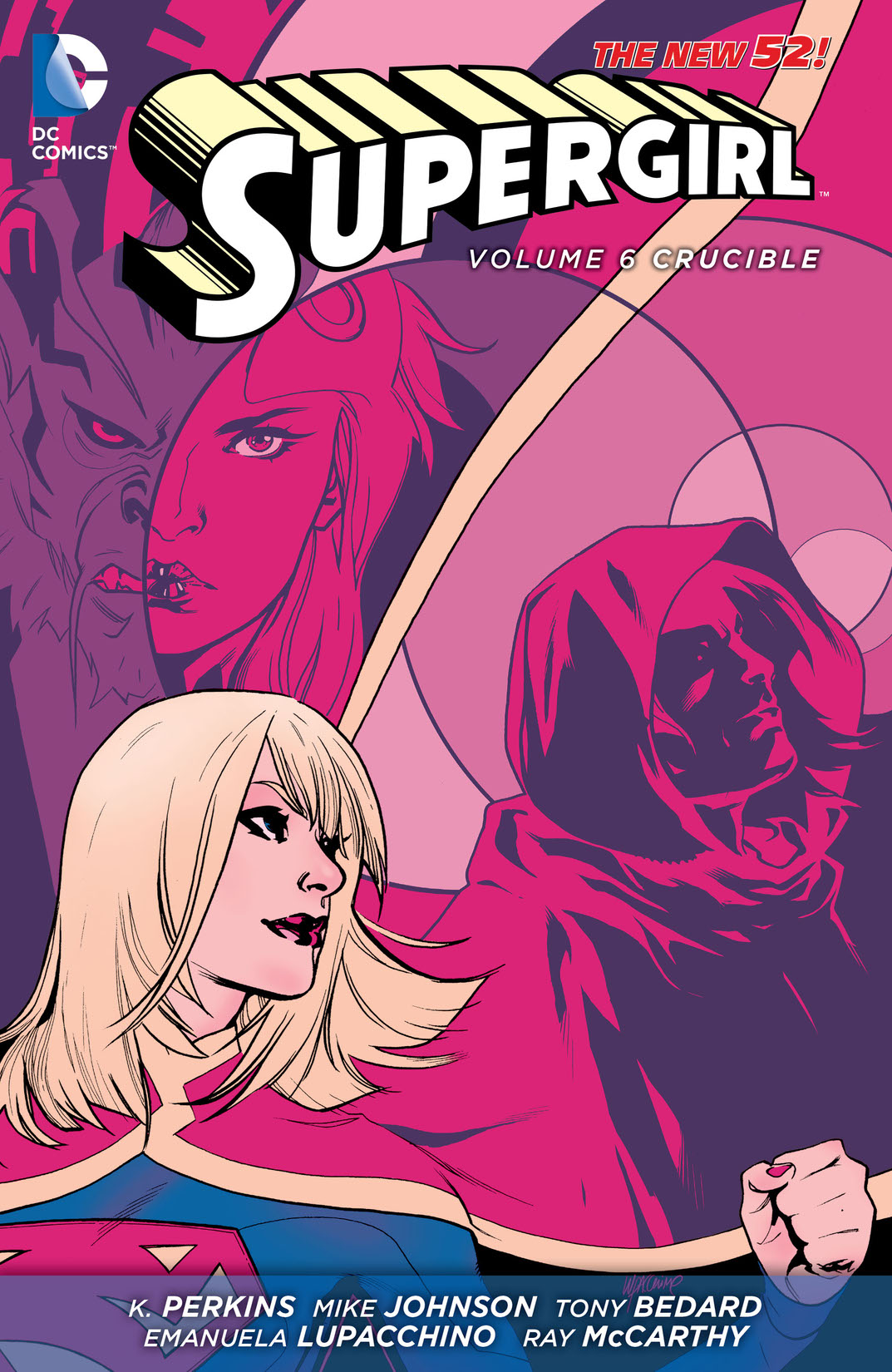 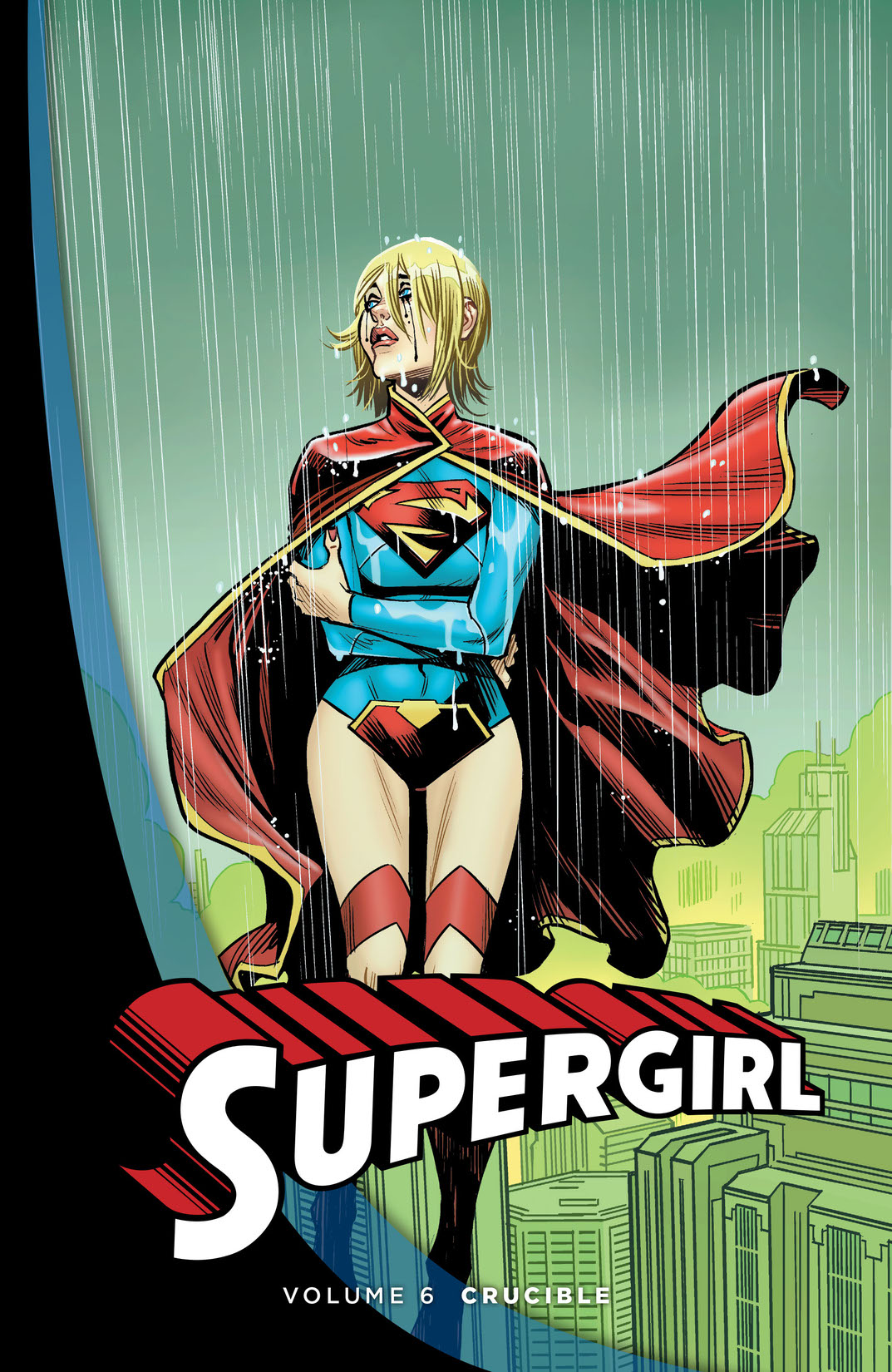 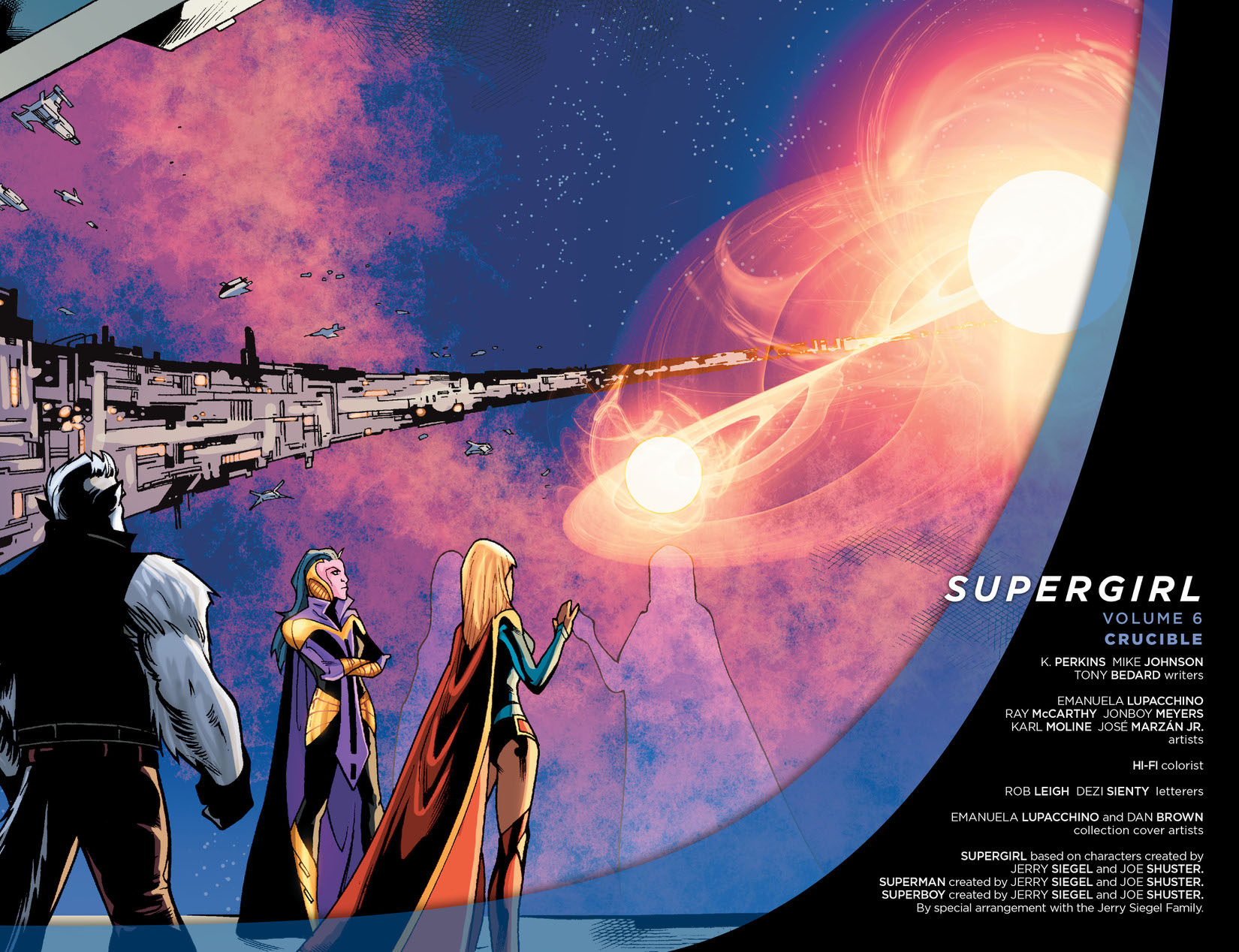 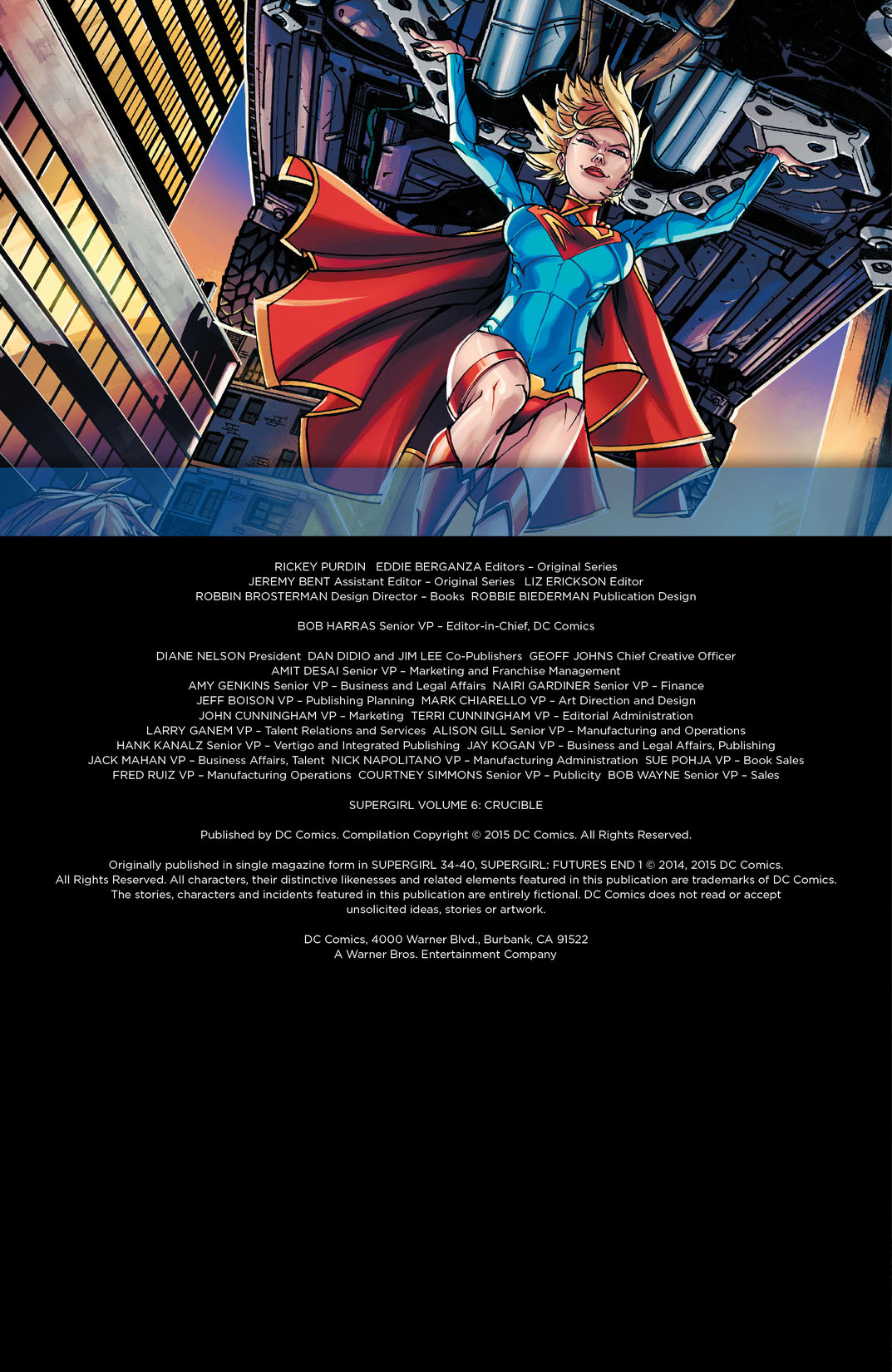 She’s the Last Daughter of Krypton and one of Earth’s greatest heroes, but for Kara Zor-El, being Supergirl means feeling like she’s got no place to call home. So when a deep-space school called the Crucible-an intergalactic academy that trains the universe’s most powerful beings-comes calling, Supergirl is happy to go. There, she’s no “super hero”-she’s just like everyone else. But this strange school hides dark secrets. Just what are Kara and her new friends being trained for? And what does Crucible want with Supergirl’s clone “cousin,” Superboy? Once the truth comes out, Supergirl may not make it to graduation…ar From writers Mike Johnson (SUPERMAN/BATMAN), Tony Bedard (GREEN LANTERN: NEW GUARDIANS) and K. Perkins in her comics debut, along with artists Emanuela Lupacchino (WORLDS’ FINEST) and Ray McCarthy (GREEN ARROW) comes SUPERGIRL: CRUCIBLE. Class is in session! Collects issues #34-40 and SUPERGIRL: FUTURE’S END #1.