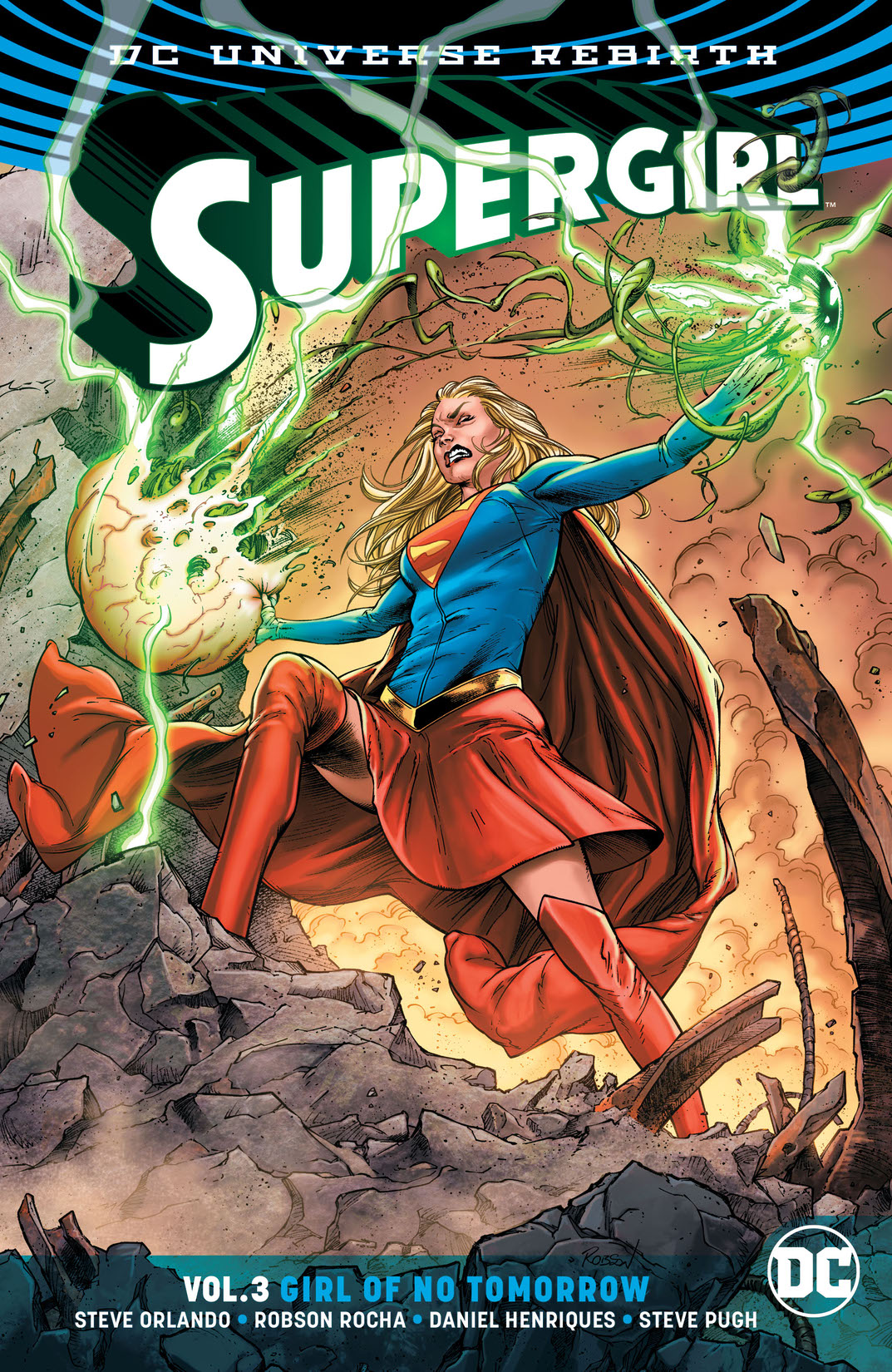 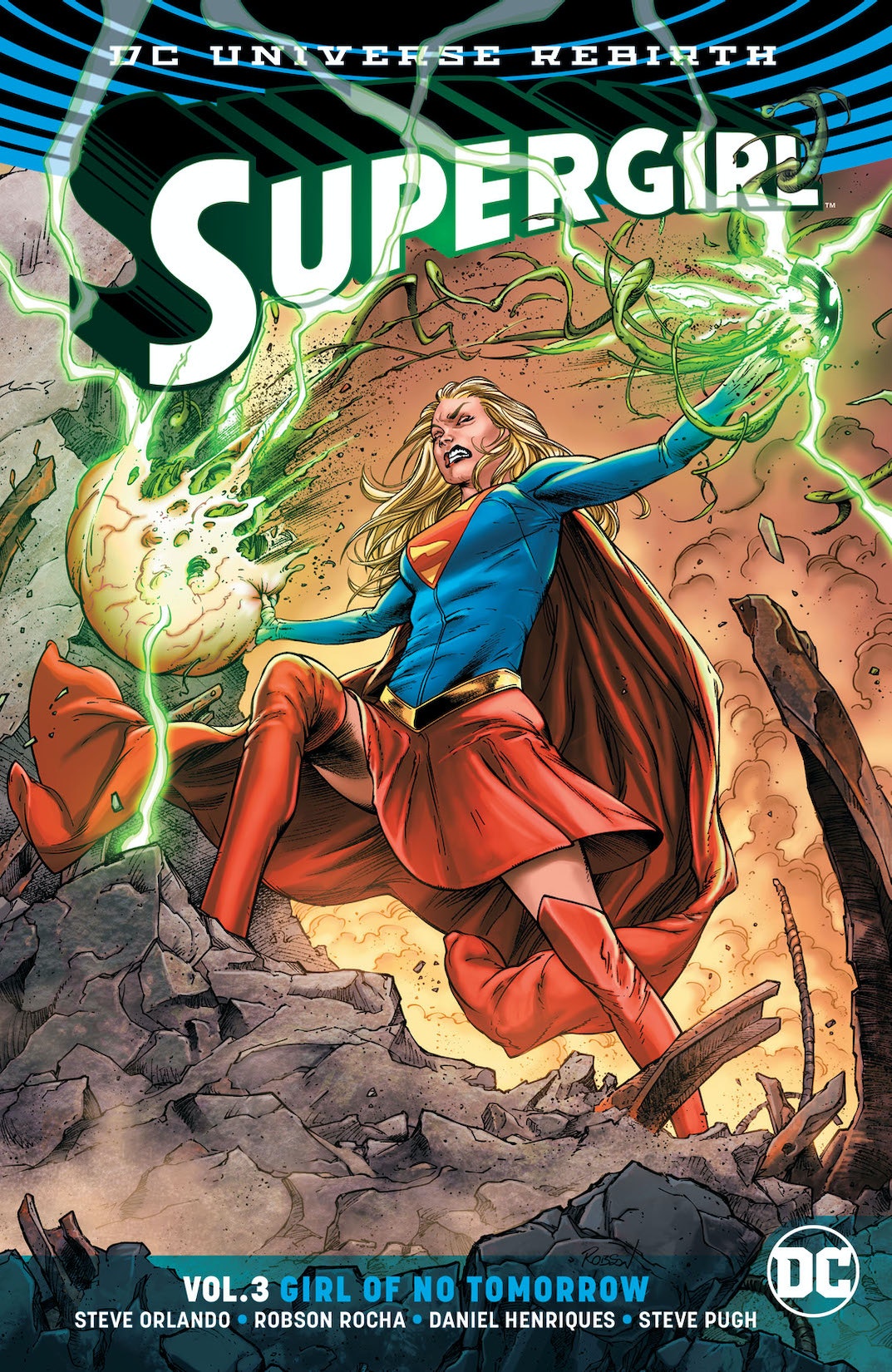 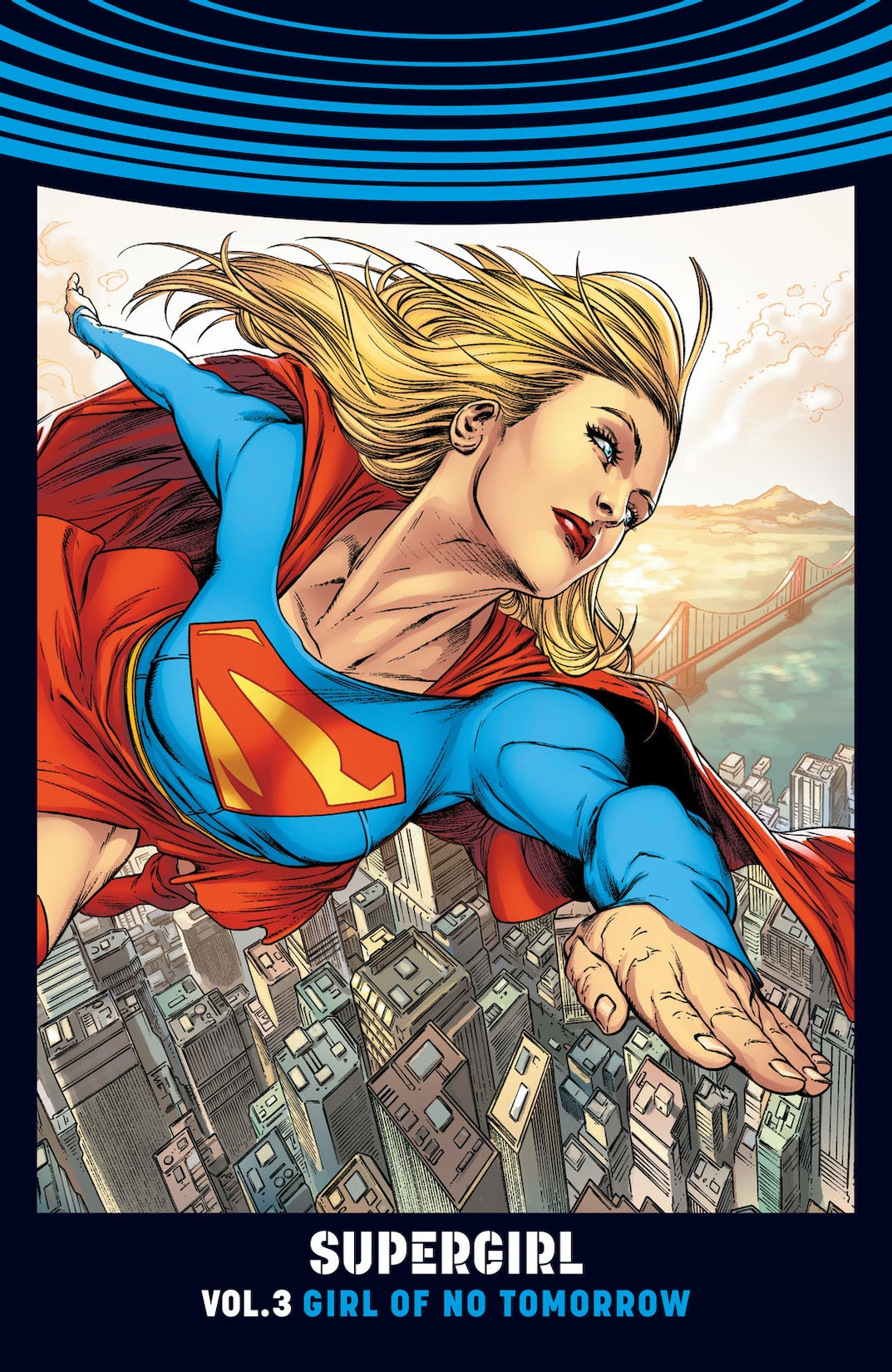 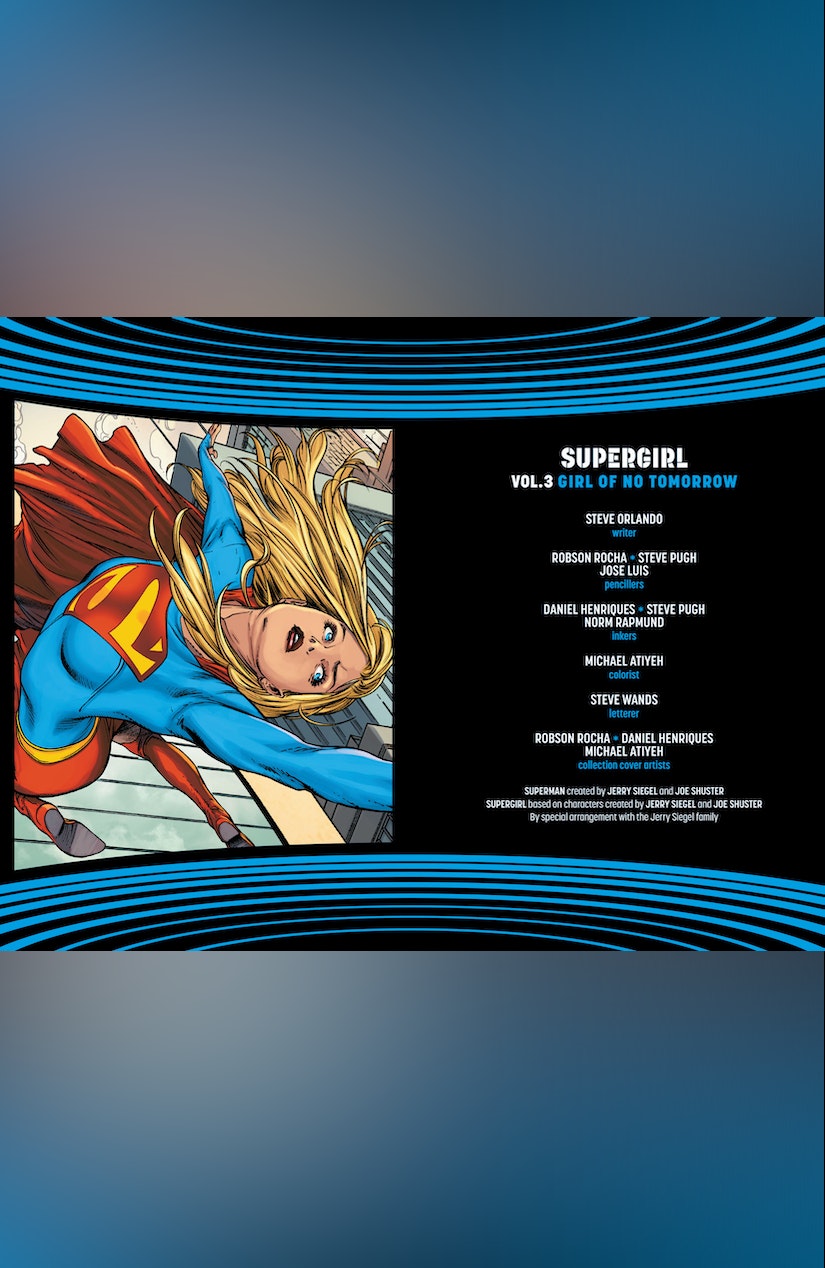 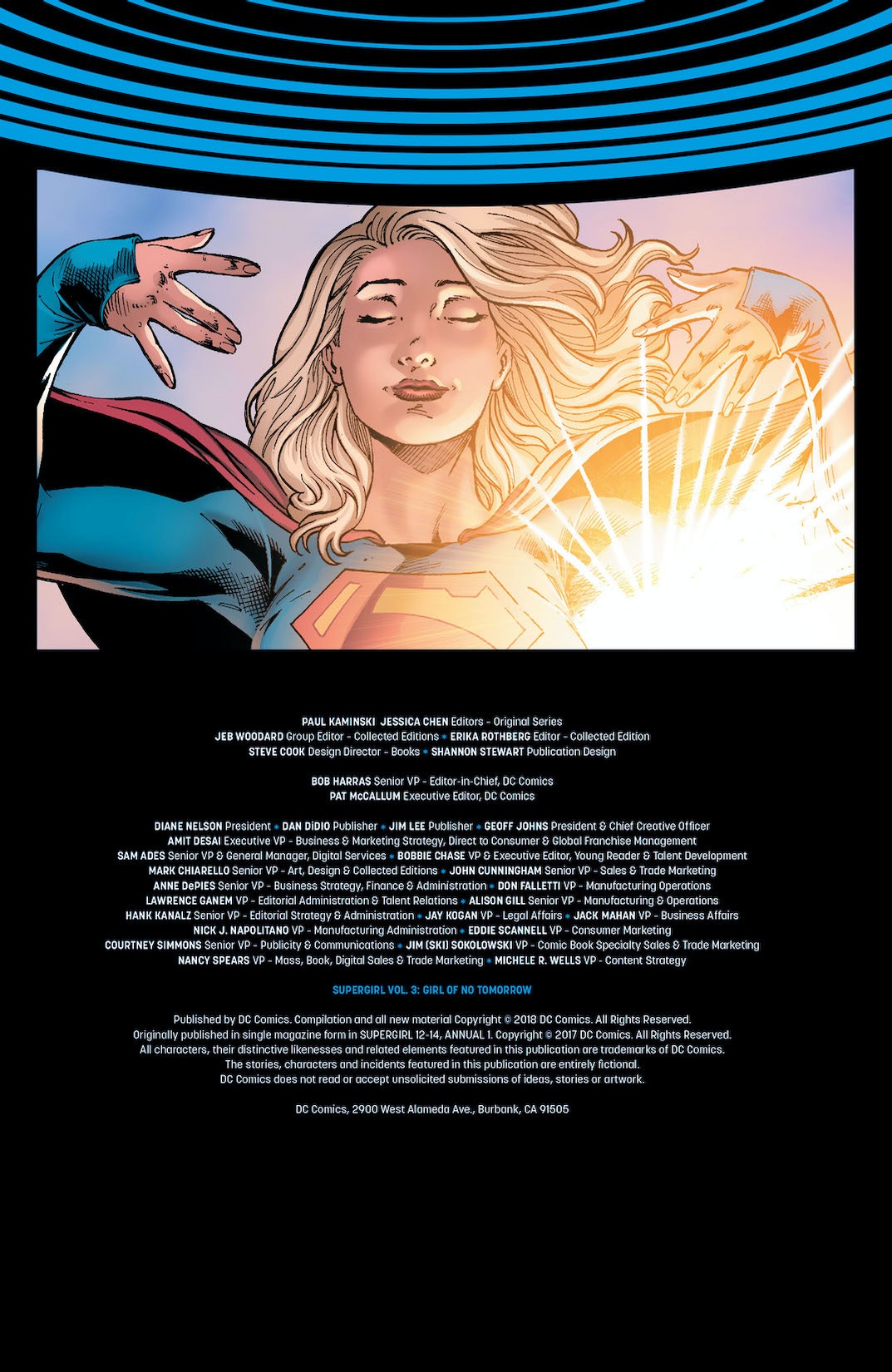 Fans of the hit Supergirl series on The CW will love this fresh take on the Girl of Steel from writer Steve Orlando in Supergirl Vol. 3: Girl of No Tomorrow. The Emerald Empress has had a vision. Sometime in the future, her greatest tragedy will come as a result of a battle with Supergirl...and she won’t allow that to happen. Now she’s manipulated Magog, Solomon Grundy, the sorceress Selena and the android Indigo into joining her as the Fatal Five, and they’re going to make sure that Supergirl’s future stops dead in its tracks. It starts with a devious attack on Supergirl that leaves her powers out of control and slowly destroying her. But the Fatal Five aren’t just going after Supergirl—every aspect of Kara Zor-El’s life on Earth is under attack. Her boss Cat Grant and the new CatCo Reporting app. Her family and friends at the Department of Extranormal Operations. Even her relationship to the National City citizens she loves and protects. One thing is certain—the Fatal Five will mean either the end of Supergirl’s life...or the end of her life as she knows it. Collects Supergirl #12-14 and Annual #1.