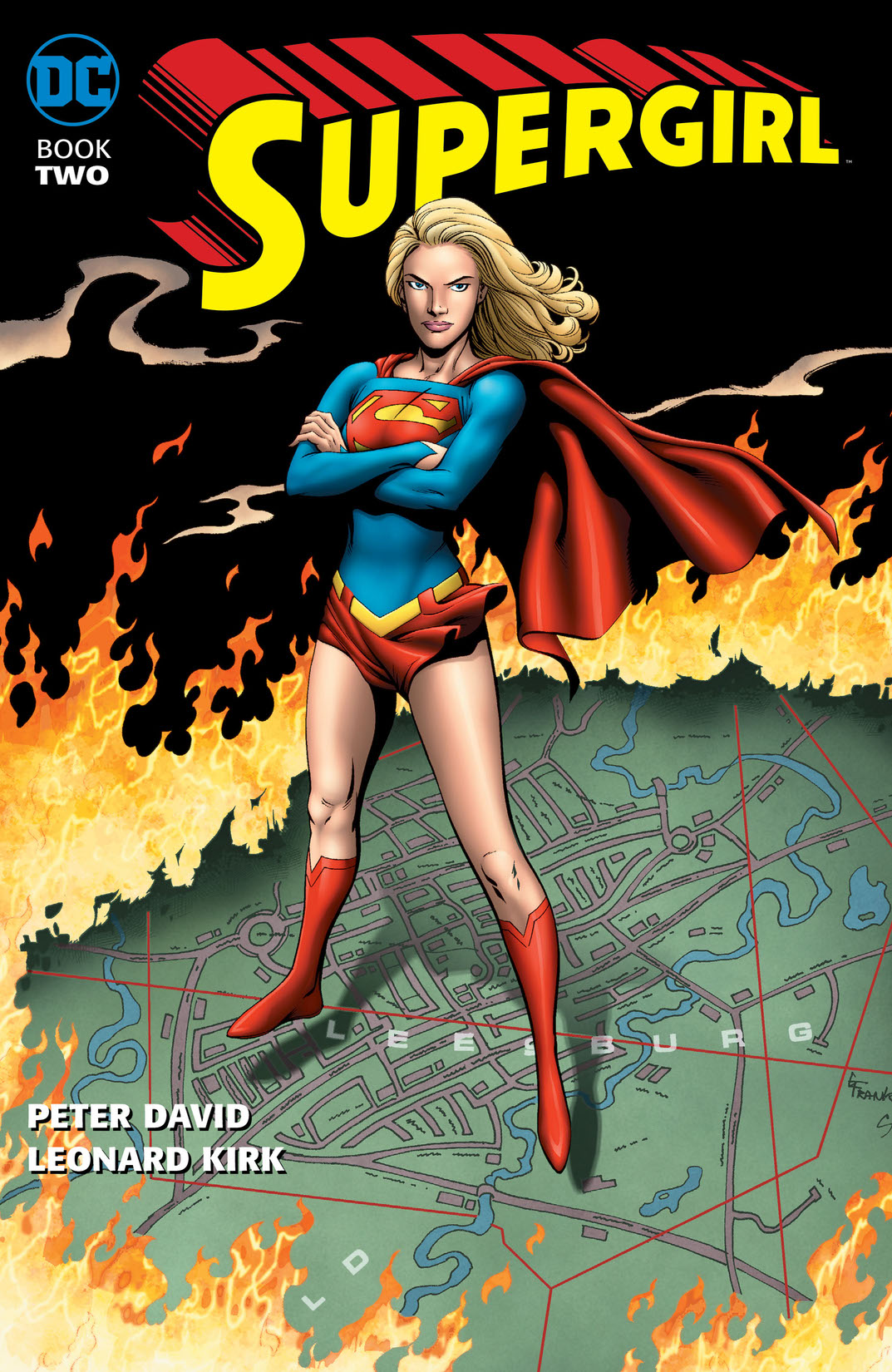 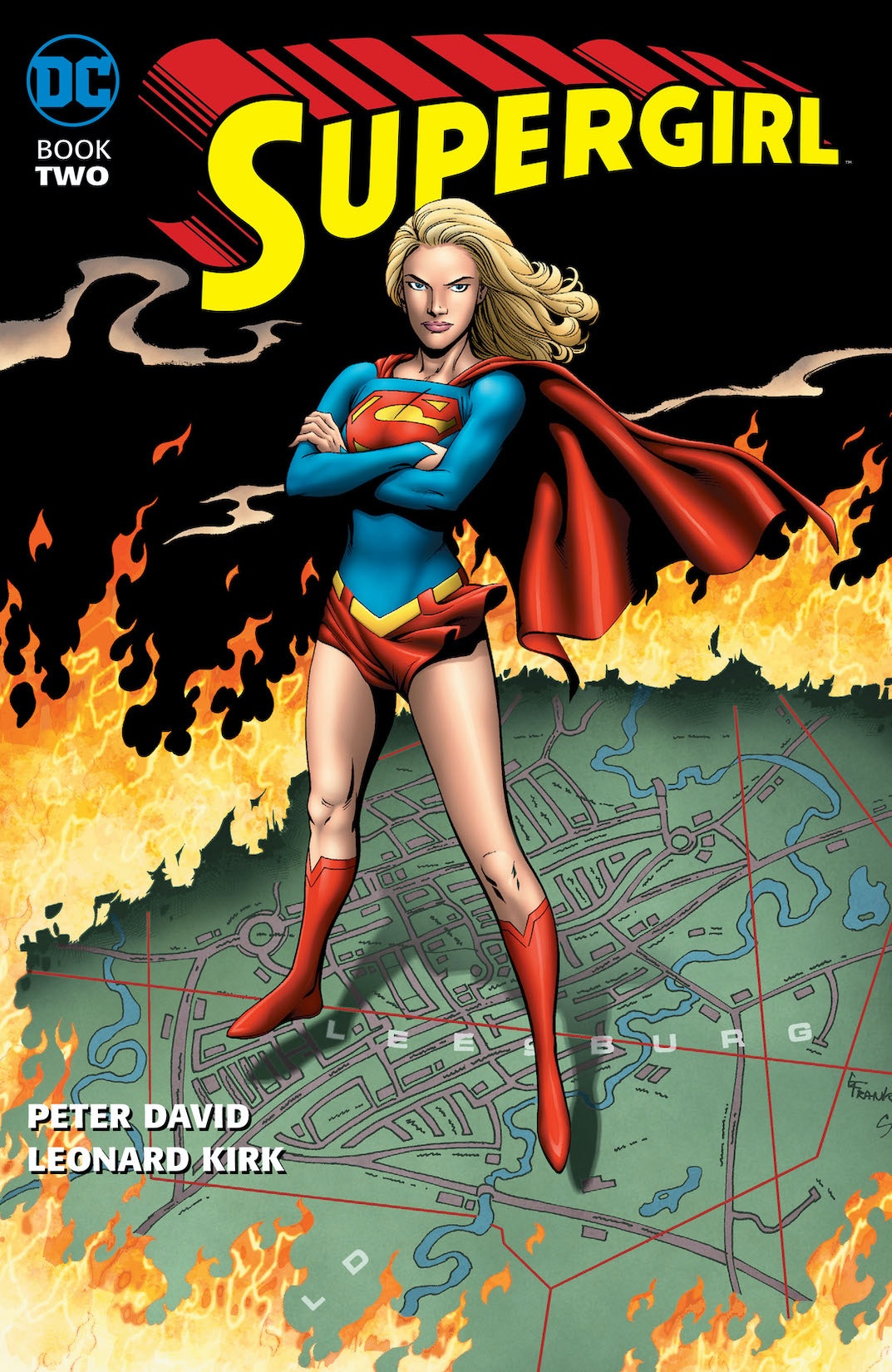 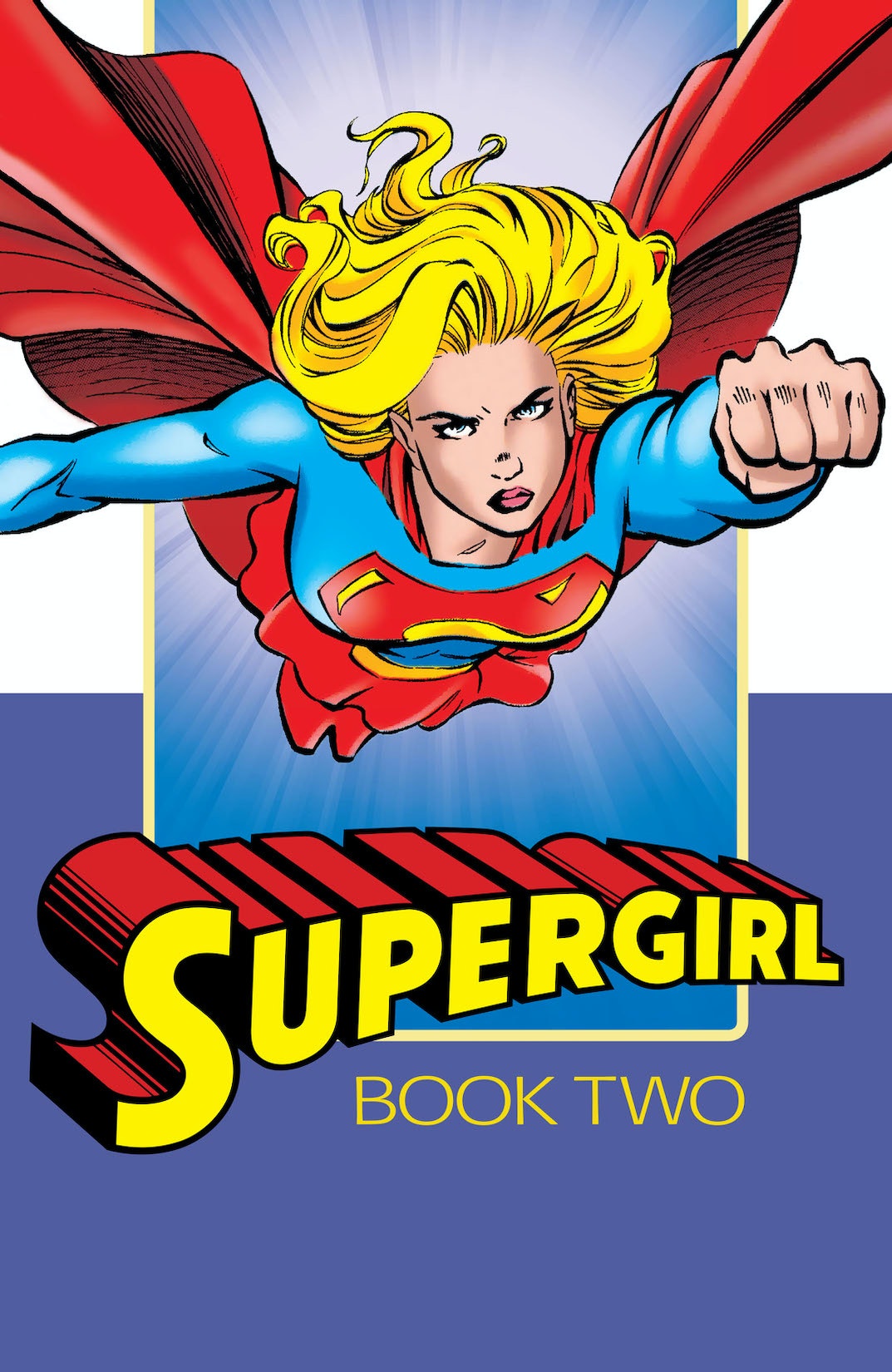 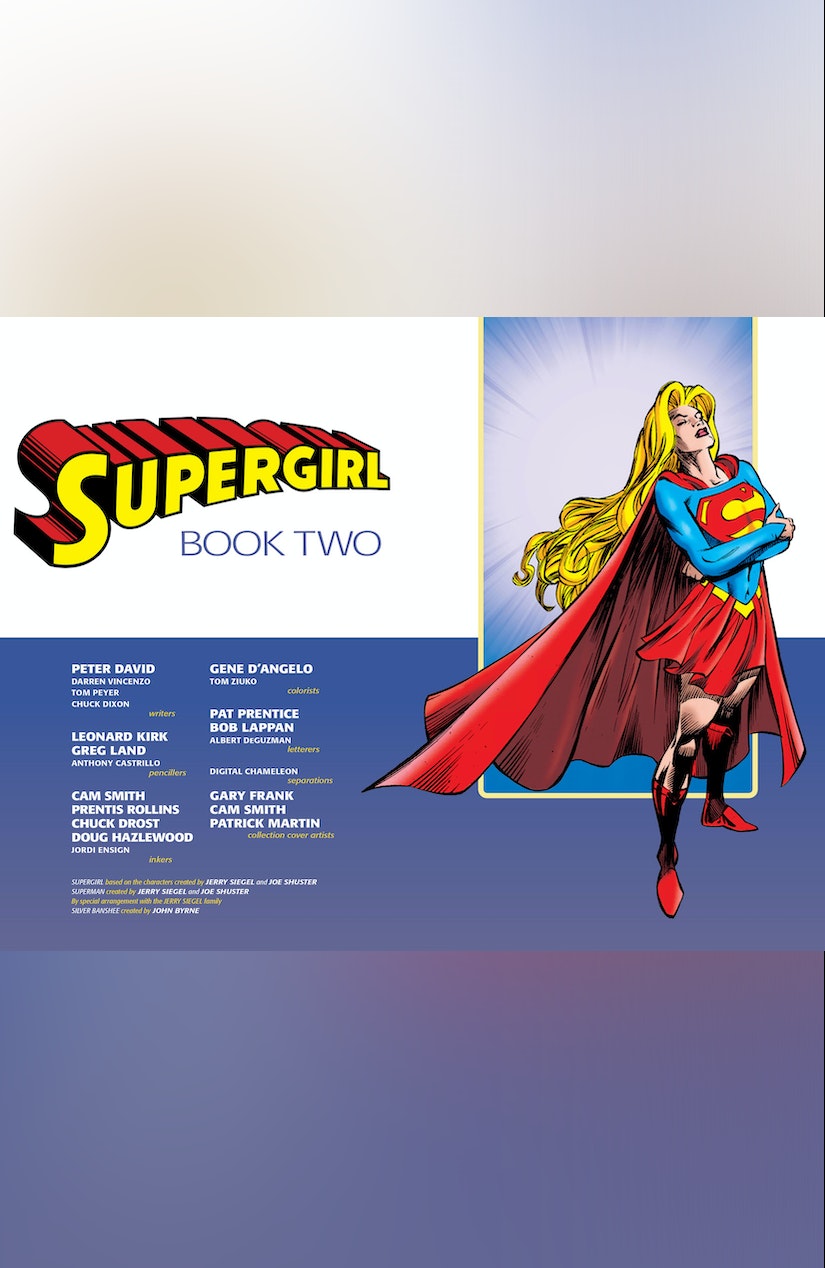 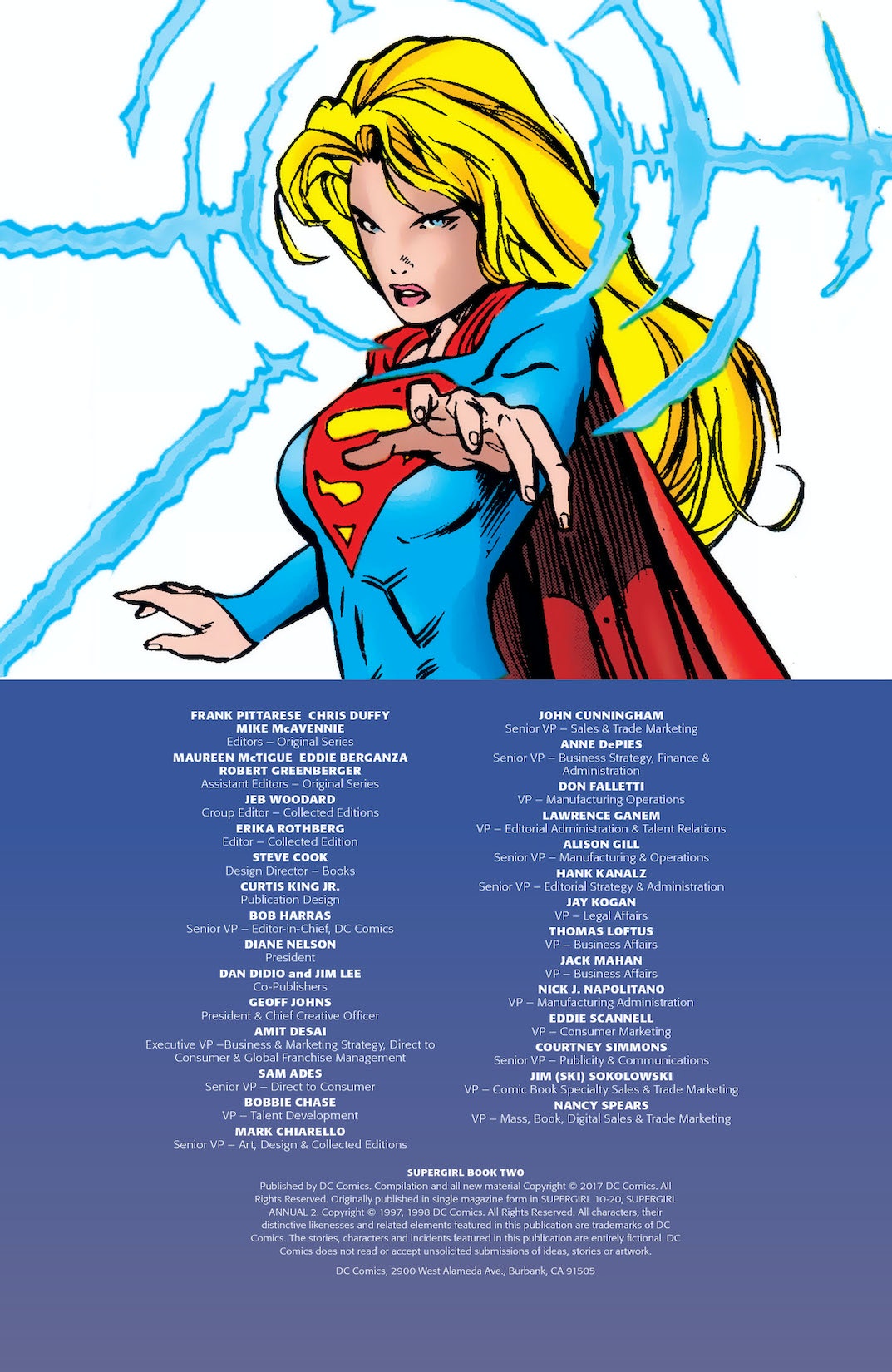 Can Supergirl defeat Leesburg’s toughest villains, or will her battle with her own identity cause her to fail? After being kidnapped and left near death, Linda Danvers was saved when she was fused with Matrix, a protoplasmic version of Supergirl. Struggling to balance her life between her two identities, Supergirl must learn to be Linda while fighting some of her toughest foes— like the soul-stealing Silver Banshee, the mind-controlling giant Despero and the ultimate agents of destruction, the Extremists. Can Supergirl gain the courage to come clean to Linda’s parents and tell them about their daughter’s new life as a superheroine? From critically acclaimed writer Peter David (The Incredible Hulk, X-Factor) and fan-favorite artist Leonard Kirk (JSA, X-Factor) comes the next chapter in this classic series about the Girl of Steel. SUPERGIRL BOOK TWO collects SUPERGIRL #10-20 and SUPERGIRL ANNUAL #2.